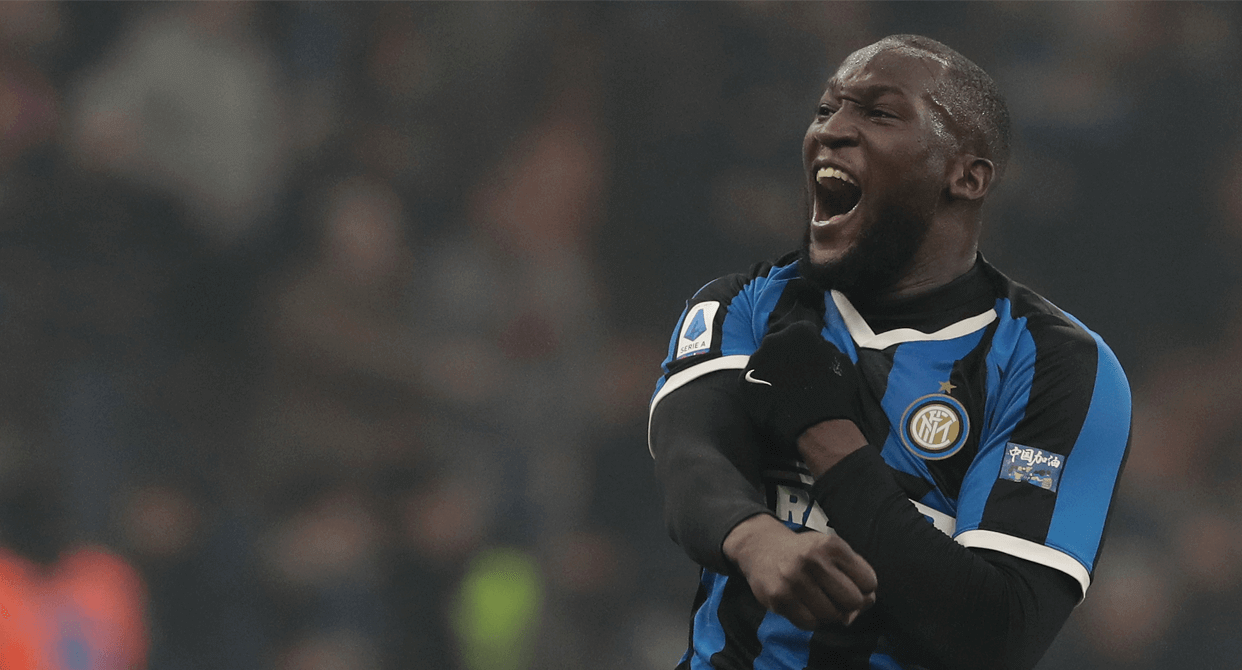 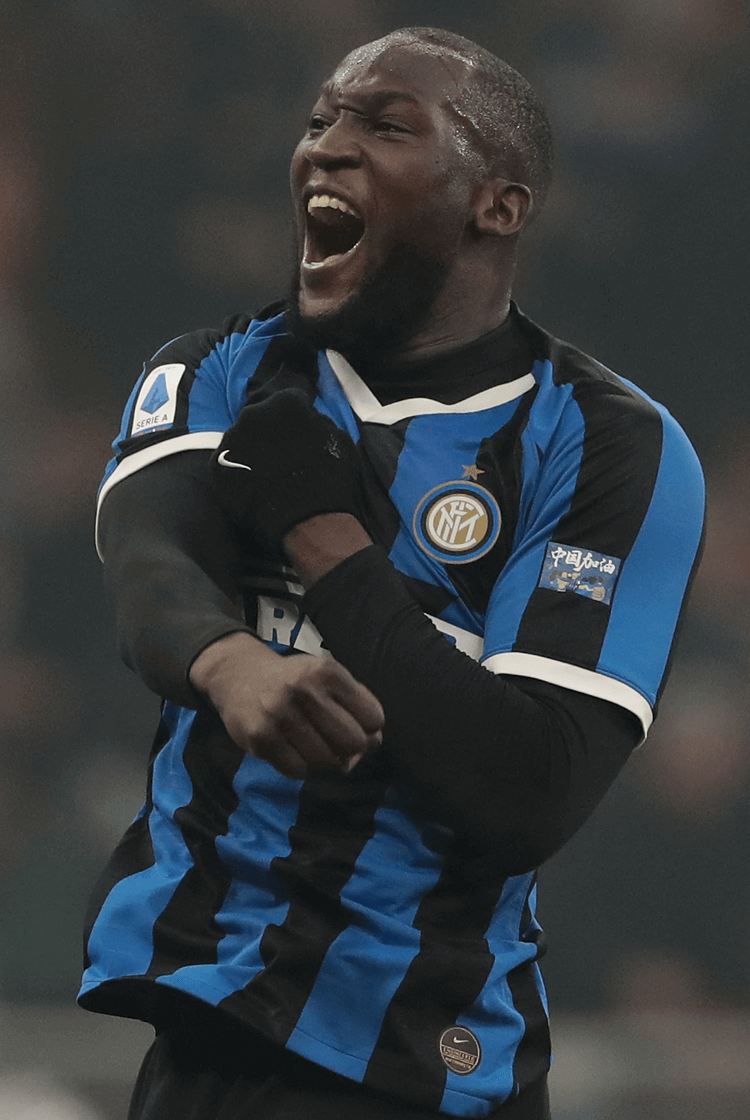 Inter Milan recovered from two goals down, and a poor first-half performance, to maintain their pursuit of the Serie A title with a crucial 4-2 victory over rivals AC Milan. They lead defending champions Juventus on goal difference, having been third behind Lazio, at kick-off. Goals from Ante Rebic and Zlatan Ibrahimovic punished Antonio Conte's team during the first half, but Marcelo Brozovic's volley towards the start of the second inspired an impressive comeback. Further finishes from Matias Vecino and Stefan de Vrij put them on course for all three points, and Romelu Lukaku extended that lead in stoppage time, putting victory beyond doubt. "It's still very early to talk about something we can only dream of for now," said Conte, whose team are unbeaten in 16 in the league. "We can have a dream. It's a very intense period for us coming up and after that we'll have a better idea of our potential and our real capabilities. These guys proved they have great strength and guts." 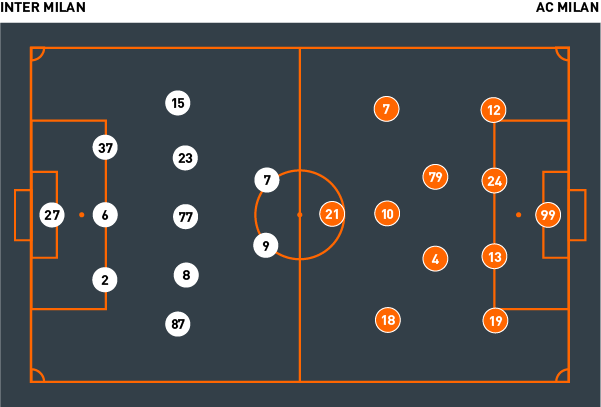 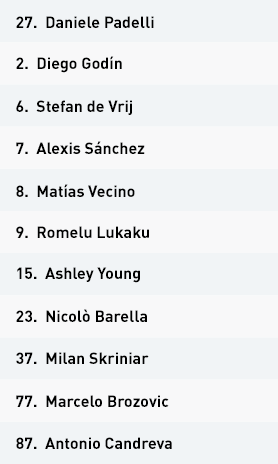 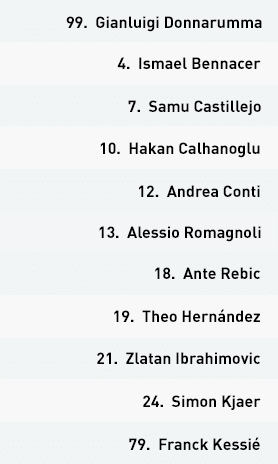 Inter Milan adopted Antonio Conte's favoured 3-5-2 formation, led by the front two of Alexis Sánchez and Romelu Lukaku, while they had possession. They were confronted by opponents who remained in a 4-2-3-1.

They struggled to dictate play during the first half, particularly when attempting to play out against AC Milan's aggressive, man-oriented press. Zlatan Ibrahimovic, Ante Rebic and Samu Castillejo combined to press Inter's three central defenders, and a similar approach was applied in midfield. The body position of Rebic and Castillejo was key to that press – they would close down the outside shoulder of the relevant central defender to discourage passes to Inter's wing-backs.

Those wing-backs could still be found via bouncing possession towards Marcelo Brozovic so that he could send it wide off of one touch, but doing so represented a risk amid the intensity of Milan's press. When they succeeded they regardless struggled to advance beyond their opponents' defensive line, owing to a lack of penetrative movements and Milan making a subtle adjustment to their out-of-possession shape.


The intensity with which Milan defended appeared difficult for them to maintain during the second half, and Inter had a greater influence by circling the ball between their three central defenders, who were also willing to advance with it to draw an opposing midfielder and ultimately to create a two-on-one. Their forwards also made more penetrative runs in behind, contributing to them advancing beyond Milan's defence, and to increasingly create goalscoring chances – two were scored in a matter of minutes through them capitalising on spaces that existed between the penalty spot and the edge of the area.

Milan's reduced intensity also meant a reduction in the height of the line of engagement, and therefore Inter enjoying greater control. When they led Inter adapted to play on the counter-attack, and through Lukaku's athleticism, therefore creating further opportunities and therefore extending their lead.

AC Milan were organised into a 4-2-3-1 formation by their manager Stefano Pioli. Zlatan Ibrahimovic featured as their central attacker against one of his former teams – opponents who defended with a 5-3-2, and whose press was led by the front two of Alexis Sánchez and Romelu Lukaku.

Ibrahimovic represented the focal point Milan played towards, often directly, in the knowledge that he could be expected to dominate aerially against Inter's defenders. Those playing behind him in midfield pursued the second balls that followed in an attempt to continue those attacks which, if built from deeper territory, meant that there remained a need for further creativity before threatening on goal, unlike those towards the striker when he was further forward. It was this approach, incidentally, that led to their opening goal.

They also attempted to draw their opponents into one area of the pitch before targeting another, by playing to Ibrahimovic's feet so that he could set possession to a teammate ahead of a switch of play to where there were fewer defenders. Inter defended with deep, compact lines in their attempt to reduce the spaces Milan sought between the lines, but at the risk of inviting them to target Ibrahimovic with direct balls. They therefore advanced towards possession more quickly when they were inside their own half, to discourage attempts to deliver accurate passes from the ball carrier to the relevant attacker.

Milan's defensive approach during the second half contributed to them having less possession, and struggling to influence play until they were 3-2 down. They then began to build with a 3-2-4-1, to create three-on-two and four-on-three overloads, but Inter substitute Christian Eriksen operating as a ball-side, deep midfielder negated their pursuit of the four-on-three, again inhibiting Milan's attempts to move possession as they wished.