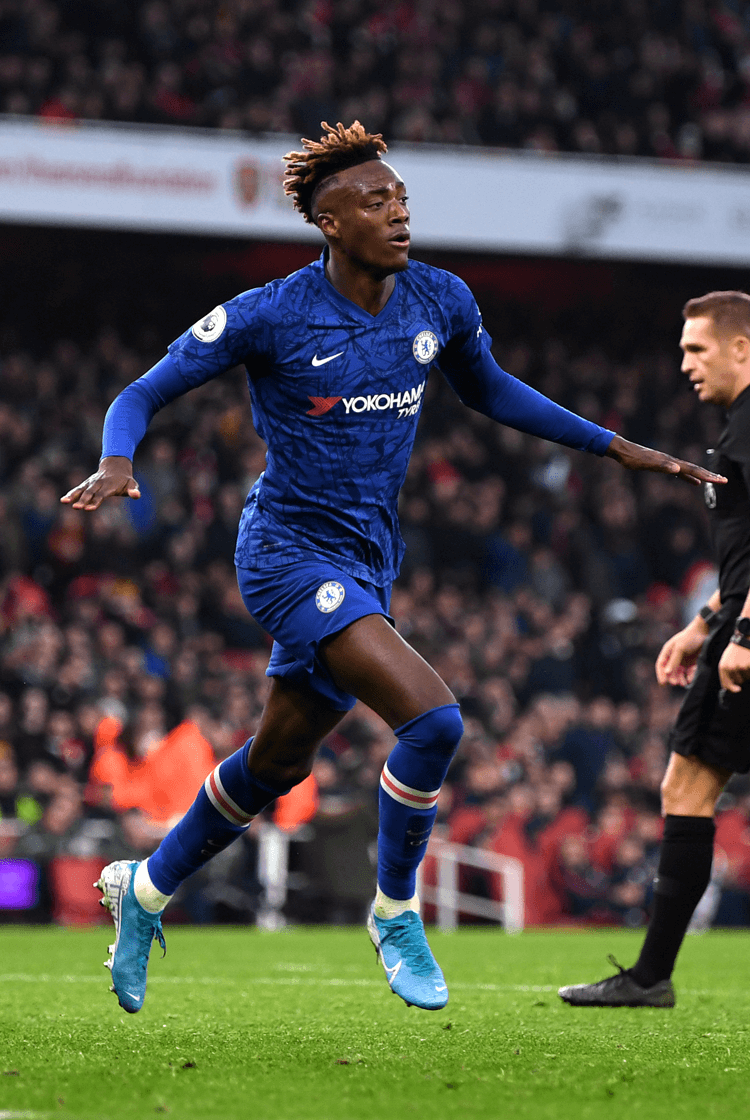 Chelsea recovered from a losing position to secure all three points at the Emirates Stadium, maintaining their challenge for a top-four finish and denying Mikel Arteta his first victory as Arsenal manager. A first-half finish from Pierre-Emerick Aubameyang had given the hosts the lead that their promising start had deserved, but a change in shape from Chelsea, whose manager Frank Lampard continues to impress, led to the late goals from Jorginho and Tammy Abraham that secured victory. "It was very cruel the way we lost it," said Arteta. "In the first half we saw a lot of positives and saw what we are trying to implement. But the way we conceded was disappointing. We started to defend too deep and our energy levels are in a different place to Chelsea's. We need to sustain those periods for longer periods. Individual errors cost you games but I can't fault the effort, commitment and for putting in place what we practised." 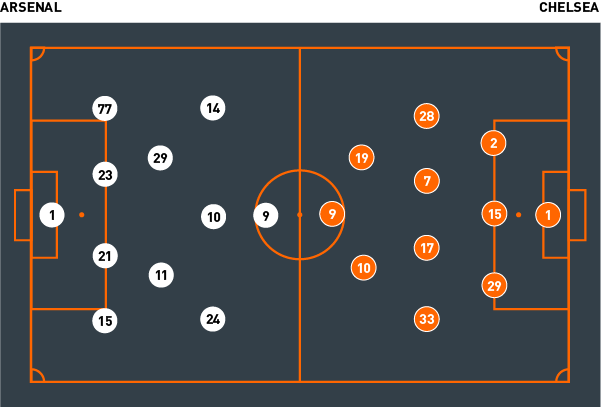 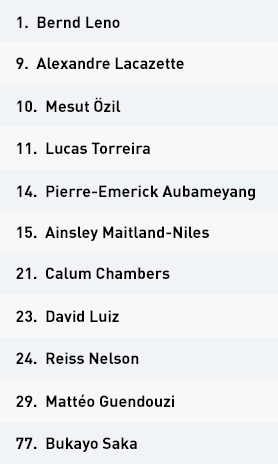 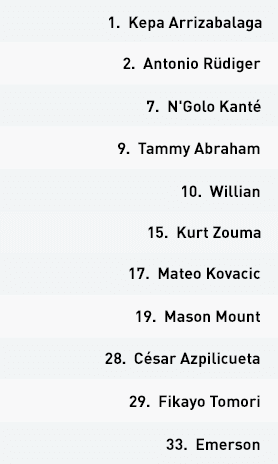 For his first home fixture as Arsenal manager Mikel Arteta organised his new team into a 4-2-3-1 formation, built on the double pivot provided by Lucas Torreira and Mattéo Guendouzi, when they were in possession against the 5-2-3 Chelsea adopted while they were defending. Arsenal largely dominated the early stages, and used that dominance to attempt to free up Mesut Özil during build-up phases.

Chelsea prioritising their double pivot invited Özil to withdraw into central midfield and to potentially create overloads there, particularly given the reluctance of the visiting central defenders to follow him over anything beyond a short distance. Arsenal therefore used vertical passes coupled with a forward run and followed by a further pass, before another to the third number attempting to run beyond the next line of Chelsea's structure, as their pattern to penetrate. Rotational movements between two or three individuals were also used to encourage that pattern, which regularly succeeded during the first half.


Frank Lampard's team had adopted a very aggressive man-oriented press that involved forcing their opponents to play possession into their full-backs, who would also then be pressed. When their in-possession shape change to a 4-3-3, they then pressed from either a 4-3-3 or a 4-4-2; Arsenal increasingly struggled to resist either.

The hosts therefore resorted to playing long balls towards Aubameyang and Alexandre Lacazette, but Chelsea's defence remained comfortable when they did so. That they also took fewer risks in attack in an attempt to preserve their lead ultimately gifted Chelsea more time on the ball, which contributed to the two goals they later conceded.

Chelsea started with a 3-4-2-1 formation while they had possession, though their manager Frank Lampard later changed their shape as he attempted – eventually successfully – to inspire his team to overcome Arsenal's promising start. Even with N'Golo Kanté in central midfield, it was there that they initially struggled – their hosts' defensive structure was both well-organised and compact.

During the first half Chelsea relentlessly circulated possession between their three central defenders, largely because their attempts to advance were denied by the box Arsenal created around their midfielders to prevent their efforts to dictate play. Even when they sought to feed their wing-backs their runs were tracked, and it remained difficult for them take possession forwards.

The introduction of Jorginho, for Emerson, in the 34th minute and their adopting of a 4-3-3 gave them an additional number in midfield, creating the improved movement and angles that they had needed to advance. That Arsenal were by then using a 4-4-2 while they were without the ball also freed up Jorginho to play penetrative passes through midfield, and invited switches of play and overloads on the opposite wing. Only the desire of Reiss Nelson and Pierre-Emerick Aubameyang to track back and defend prevented Chelsea from creating more goalscoring chances.

Fast combinations contributed to occasional successes, but it still took individual mistakes – which were encouraged by the visitors applying greater pressure to Arsenal's defensive units – before they could find equalising and winning goals. The hosts were troubled by Tammy Abraham receiving to feet and attempting to shield the ball while using his movement to create space, as could be seen with his 87th-minute finish.