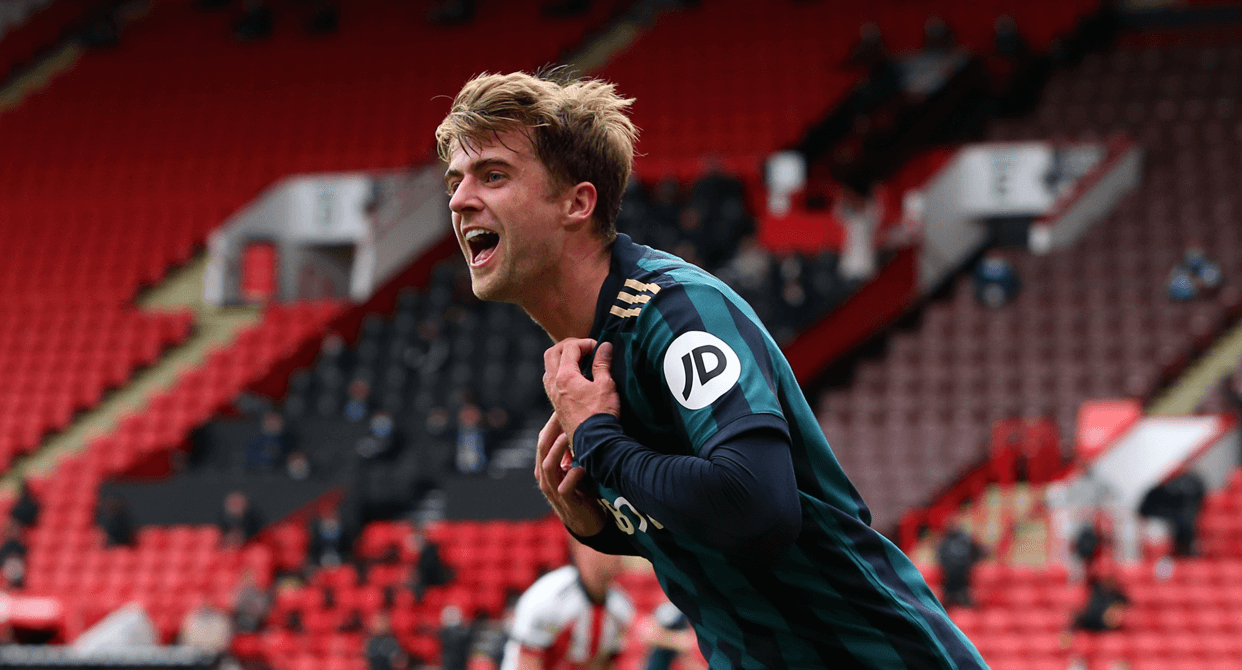 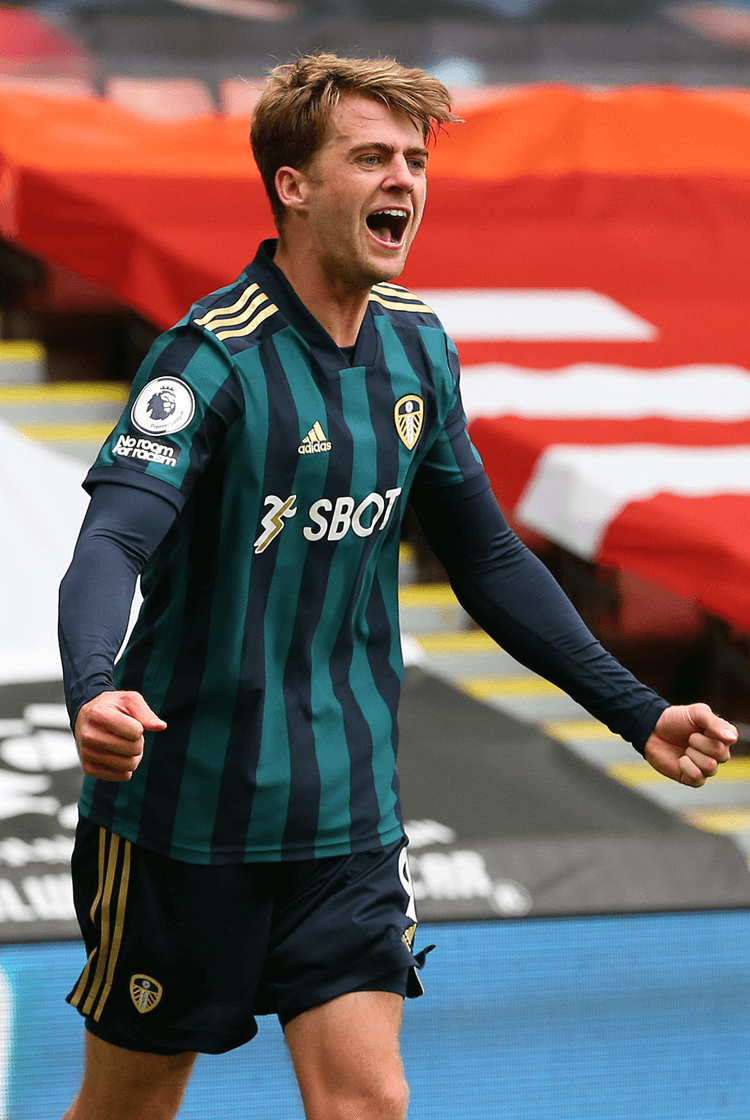 Leeds won the Premier League's first Yorkshire derby since 2001 when Patrick Bamford's late finish left Sheffield United with three defeats from three. A goalless draw appeared increasingly likely, but in the 88th minute Bamford met the promising Jack Harrison's cross at the back post to head his third goal of the season. Beyond their second victory from three, Marcelo Bielsa will also relish his team's first clean sheet, having seen them concede seven in their defeat at Liverpool and victory over Fulham. "The difference between the two teams was not a lot," the Argentinian said. "There are a lot of people who thought (Bamford might struggle in the Premier League). The league season is very long. Hopefully he can continue to show his obvious qualities." His opposite number Chris Wilder said: "It's not going our way at the moment but it is a time to show what you are about in a lot of ways. Bravery in and out of possession; brave as a team. It was a really tight game and the players will be thinking it's one that has got away." 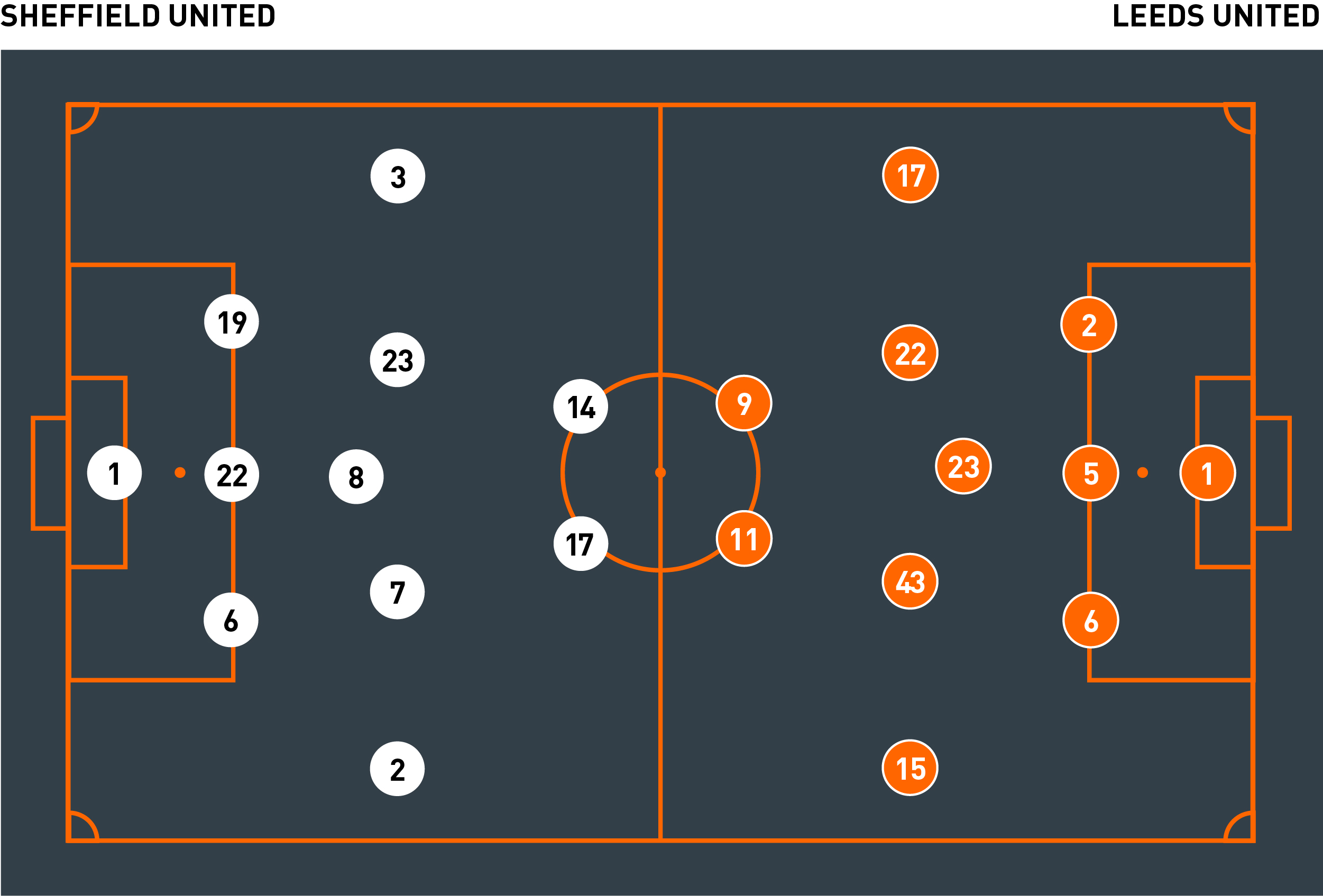 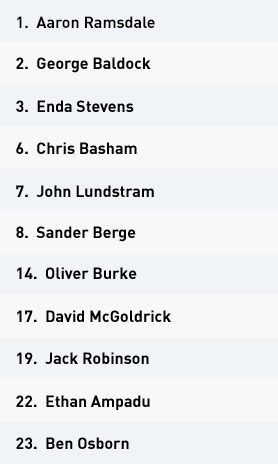 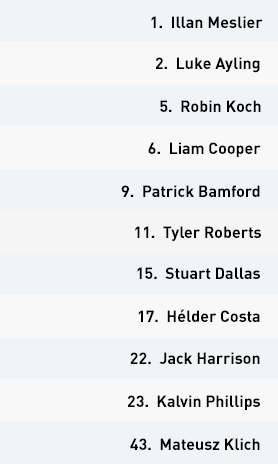 Sheffield United adopted Chris Wilder's favoured 3-5-2 formation that, with Jack O'Connell injured, featured Ethan Ampadu in central defence. Their visitors favoured a man-oriented system that retained an additional player in their defensive line, and therefore most consistently defended with a 4-4-2.

Wilder's team had a reduced grasp of possession, and favoured three methods of attack. The first started with a long pass from defence towards their front two, and involved complementing those by competing for second balls or running on to it if territory had been gained. They also attempted to play wide with contributions from their wider central defenders, in combination with the relevant wing-back and central midfielder, to draw attention while a third man advanced on the blindside to receive a penetrative pass.

If doing so led to some promising crossing opportunities, it also made the relevant areas of the pitch congested, causing deflections and therefore corners from which they threatened. Their third method of attack came on the counter; at the point of a regain they would play forwards early, and their wing-backs and John Lundstram would advance, the latter to make runs in behind.


The line of engagement of Leeds' press came near the edge of the hosts' defensive third. Patrick Bamford and Tyler Roberts pressed the closest two central defenders and screened passes to the the third, ensuring that while they were outnumbered there, a three-on-two in their favour existed in the defensive third, where Luke Ayling, Liam Cooper and Robin Koch regularly occupied David McGoldrick and Oliver Burke.

In defensive phases that represented a strength for Leeds. It proved less positive during moments of transition, however, because they were unable to track the forward runs their opponents offered from deeper positions. Marcelo Bielsa's team also defended the penalty area well, and limited Sheffield United's attacking potential.

Leeds were organised by their manager Marcelo Bielsa into a 3-1-4-2 formation led by the front two of Patrick Bamford and Tyler Roberts. They encountered hosts defending with a 5-3-2, and an organised and defensive mid-block.

They used the three-on-two overload that existed in their defensive third to progress possession and, perhaps partly because of Ben Osborn's willingness to advance to press, Stuart Dallas withdrew to alongside Kalvin Phillips to form a double pivot between defence and midfield. Patrick Bamford, Patrick Roberts and Mateusz Klich also moved towards the ball and, with vertical passes into the feet of those moving into deeper positions, Leeds sought to use the combinations with which they test so many opponents.

Passes around the corner of a defender followed by a blindside run, or setting possession to Phillips or Dallas to provide a forward-passing option, represented common occurrences. Sheffield United sought to negate those efforts by a central defender and central midfielder tracking those runs; one sought to prevent the receiving player from turning, and the other to prevent passes being played on the outside. They also tracked those making forwards runs from deep to limit access to them.


That sense of defensive organisation furstrated Leeds throughout the first half, when they struggled to create goalscoring chances. They were content to bypass midfield and play passes in behind, and complemented those efforts with players moving in contrasting directions to unsettle their opponents' defence. With Leeds' use of a third man having a reduced impact, they combined wall passes with blindside runs from deep positions; the in-possession player would play a forward pass, and make a forward run against the line of the ball and away from his opponents' eyeline in an attempt to receive the return pass.

When Rodrigo was introduced, Leeds continued to use a front two, but when he withdrew to towards the ball he sought to pause in possession to draw pressure towards him before looking to combine with teammates and capitalise on the spaces he had just created. For all of Leeds' increased potential during the second half, they continued to struggle to create quality goalscoring opportunities.

They therefore sought to play more crosses into the penalty area, towards Bamford. Jack Harrison also showed promise towards the left when attacking one-on-one, and it was his breakthrough that led to the game's only goal; he favoured drawing opponents inside before beating them on the outside, and then delivering a cross.