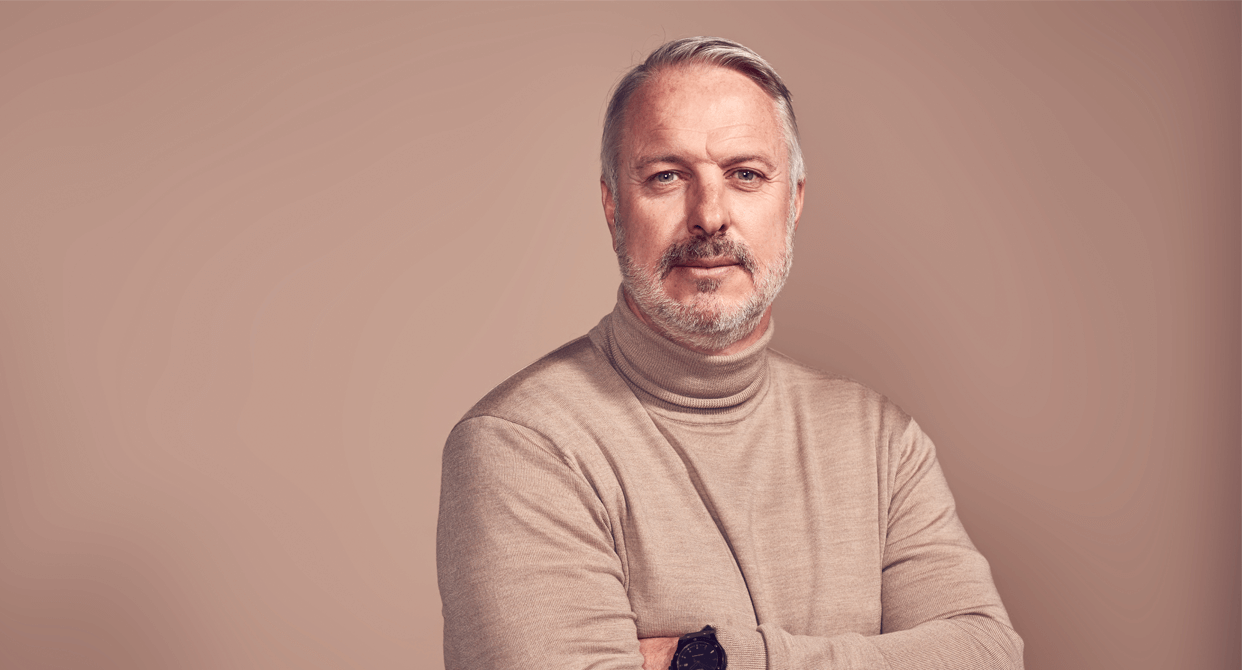 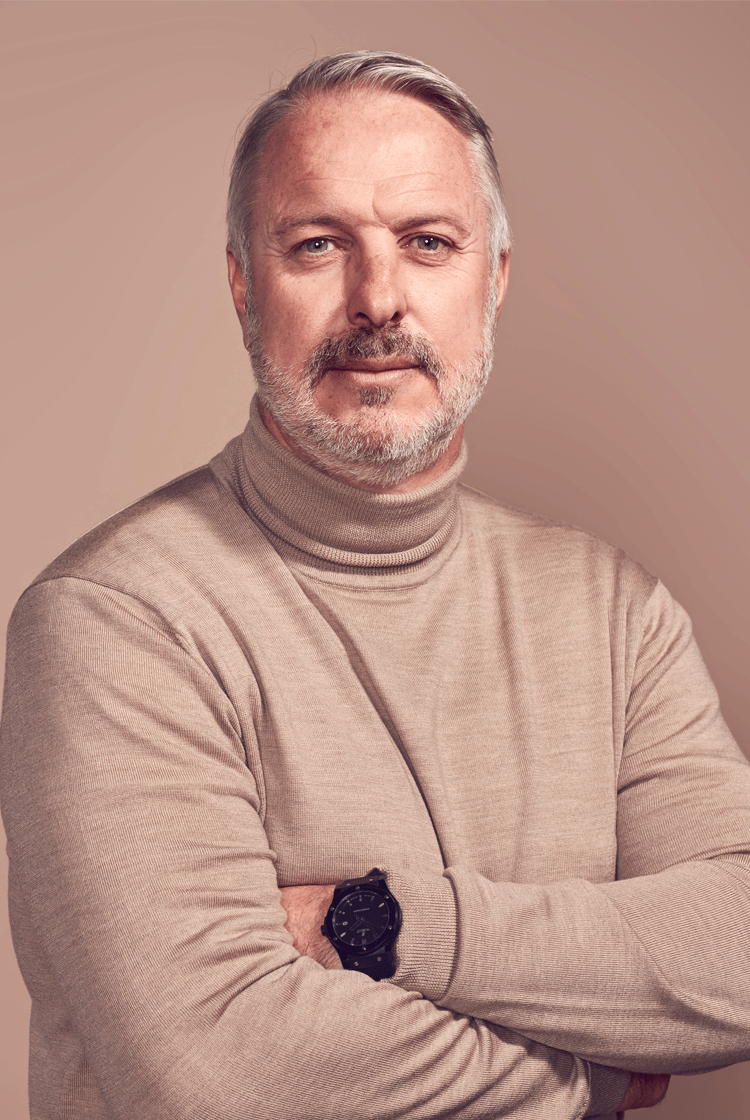 We’d lost 5-0 at Wigan on the Saturday, and I didn’t even get to play.

I went in and trained as normal on the Monday, but I was grumpy. Then, out of nowhere, Crystal Palace owner Simon Jordan called me in for a chat. Totally out of the blue, he said he wanted me to take over as player-caretaker manager.

It was November 2003. Was I ready? Absolutely not. I was only 32, I was coming back from a bad injury and was nothing more than a disgruntled player who had just been an unused sub watching my team lose 5-0.

The job just got dropped on my toes. I don’t know if you’re ever fully ready for something like that, but you’ve got to be up for it if something does come your way.

I had a few run-ins with Simon while I was in charge – and I only had the job for about seven weeks! He’d fallen out with Julian Gray, who I quickly highlighted as an important player if we wanted to turn our season around.

Simon would phone me every Friday and ask what the team was for the weekend. I’d say: “This player, that player and Julian Gray.”

“Oh, he’s never playing for this club again,” Simon would reply. But in the end he left me to it, so I got Julian back in and he was a huge part of why we went and stormed up the table that season.

It was difficult balancing playing and managing, but I know I did a good job as caretaker. We hadn’t kept a clean sheet all season when I took over in November, but we managed four in the nine games I was in charge.

"When you're a player, you think you're Peter Pan – that you'll be doing it forever"

Sometimes I would bring myself on for the last five minutes when we had something to hold on to. The one time I didn’t do it, we were playing Coventry at Selhurst Park, winning by the odd goal. My assistant, Stewart Gray, was telling me to put myself on, but I didn’t. I thought we were comfortable, and then we conceded a late equaliser. I had a good points tally as caretaker, but that could have made it even better.

Eventually Iain Dowie came in and kept me on as player-assistant manager. We went on a good run and snuck into the playoffs. West Ham did us a favour on the last day of the season, and then we went and beat them in the playoff final in Cardiff.

It was pretty much the same team that had played in my last game as caretaker-manager, and now they had won promotion to the Premier League. I might not have planned for that role at the time, but I gave it everything and really enjoyed it.

Growing up, football was all I’d known. My dad died when I was seven, so my mum was the biggest influence on me when I was young. She brought me up as a single parent. She didn’t really have a clue about football, but she would still take me along and support me at every game. Without her, I wouldn’t have made it.

Once I got into the game, Terry Yorath – my first coach with Wales – had a big impact on me. Jim Smith was a huge influence, too. I made my first-team debut for Portsmouth at 17, but Jim came in when I was 20 and I started playing every game under him.

I was lucky to have some brilliant managers. I played under Kevin Keegan, Jean Tigana and Alan Ball (above). Alan signed me on a pro contract at Portsmouth, and then signed me again for Manchester City. Not many people can say any of that.

Back then, though, I was just concentrating on playing. When you’re a player, you think you’re Peter Pan and you’re going to be doing it forever. I never really thought about what I’d do after my career. Not many boys had a clear path planned out, and I certainly didn’t. But I knew I wanted to stay in football in some capacity.

Me and Chris Coleman (above, middle row, far right) became mates playing for Wales Under-17s, and we cemented our friendship playing for Fulham together. We used to joke about being each other’s assistant after we stopped playing – then he got the Wales manager’s job in 2012 and made me his assistant.

We’ve got a great relationship and can always be honest with each other – I think that’s why we work well together. The journey we started with Wales before the run to the semi finals at Euro 2016 was brilliant – but it could have been so different.

Back in the first game of qualifying, we played Andorra away. It was literally the worst artificial pitch you’ll ever see. It had been laid two days before; it was weird and spongy and so hard to play on. We went 1-0 down to a dodgy penalty early on, then Gareth Bale made it 1-1.

"When I got the Fulham job, the whole club was on its knees"

With about 10 minutes to go, we’re still drawing with the group’s whipping boys. The Welsh fans are all singing “Coleman out!” Then we get a free-kick that Gareth puts into the wall, but the ref makes him retake it because of encroachment, and Gareth puts the retake in the top corner!

All of a sudden, the fans are singing: “Coleman give us a wave!”

Things can change so easily in football. It was the most important thing that happened to us during the qualification campaign. If we hadn’t beaten Andorra, Chris might have got sacked. Then who knows if Wales would have made the semis?

I had been combining the Wales assistant role and my job with the Fulham reserves, but I had to give up Wales when I got the Fulham manager’s job on a full-time basis (below).

At the time, the whole club was on its knees. At one stage before I got the job, I was looking across the training ground while taking the reserves. Hugo Rodallega, Bryan Ruiz and Fernando Amorebieta – three very good players – were on their own playing head tennis. I thought to myself: “What on earth is going on?”

I brought Rodallega, Ruiz and Amorebieta back in to the fold. They just wanted to be playing football again. I just tried to be open and inclusive, and make everyone feel relaxed and happy.

"The Sunderland contract was there, ready to be signed, when the CEO drops in the news about the Netflix documentary"

The team was really struggling, though. We had one point from seven games when I was given the job, and we were bottom of the league. In the first game of that 2014/15 season, there were 10 debutants in the starting line-up. The only one who had played for Fulham before was Scotty Parker. Lots of the others were boys I had brought through – they were good players, but I knew they weren’t ready for first-team football.

There was confusion around the team, so I just decided to go back to basics. We went 4-4-2 because I knew, with the players we had, we needed to play with two up front. We scored loads of goals, but the problem was we didn’t have the holding midfielder I was desperate for. I wanted Kevin McDonald, but couldn’t get him in; then, frustratingly, he came in straight after I left. He would have been perfect for what we were trying to do.

When I lost the job three months into the 2015/16 season, we were the Championship’s leading scorers – but we conceded too many goals.

I went to the Euros the next summer as Wales’ opposition scout for Chris. That was great, although I was slightly disappointed not to be a direct part of the squad. I was away scouting at lot of the time. That said, I was chuffed for Chris and the staff, and delighted for Welsh football, at how well the tournament went (above).

Me and Chris teamed up again when we went to Sunderland in late 2017. We’d been really impressed by the club and agreed a deal quickly. The contract was on the table and ready to be signed when the chief executive, Martin Bain, dropped in the news about the documentary that was to go out on Netflix.

“We’ve got to do this documentary. It’s not an option, the owners have agreed it.”

It was literally the last thing he said before we signed the contract! He told me later that he hadn’t told us earlier because he was worried we might not have agreed to join. We probably would have anyway, but he didn’t want to take the chance.

The cameras were a bit intrusive, and we certainly would have preferred them not to be there – but that wasn’t the reason things went wrong at Sunderland. It was a club in crisis.

We went in with them bottom of the Championship, straight after the club had been relegated from the Premier League. We knew it was going to be difficult, but we thought we would be able to do enough to keep them up.

There were so many things going on behind the scenes, though. Players who refused to play, players who didn’t turn up after international duty, not being able to make signings. We were trying to fix problems that had been there for years. We really did think we could keep them up, but we also didn’t think we’d have quite so much bad luck.

I regret how it turned out – getting relegated and then sacked because of the takeover – but taking the job in the first place? I don’t regret it one bit. We met some great people, and it was a privilege to work there.

I’ve been very lucky to have the career I’ve had. I’ve had highs and lows, promotions and relegations, experienced a bit of everything. Some of it has been really tough, but you learn from everything.

And I’m better for it.