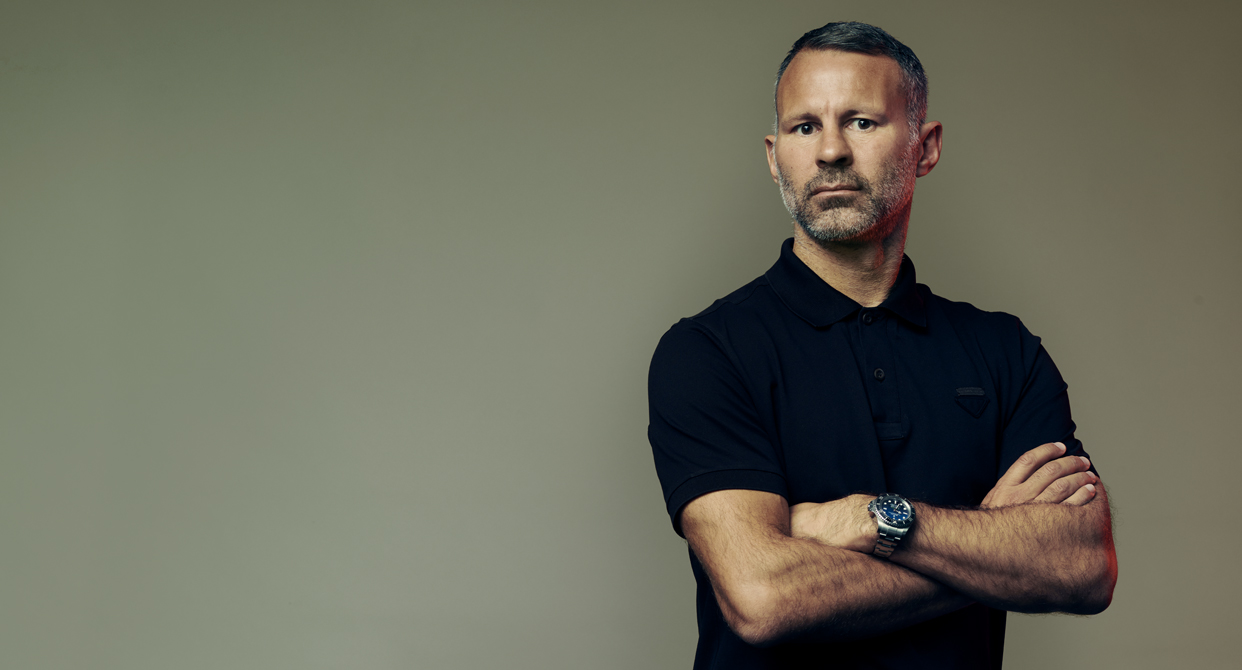 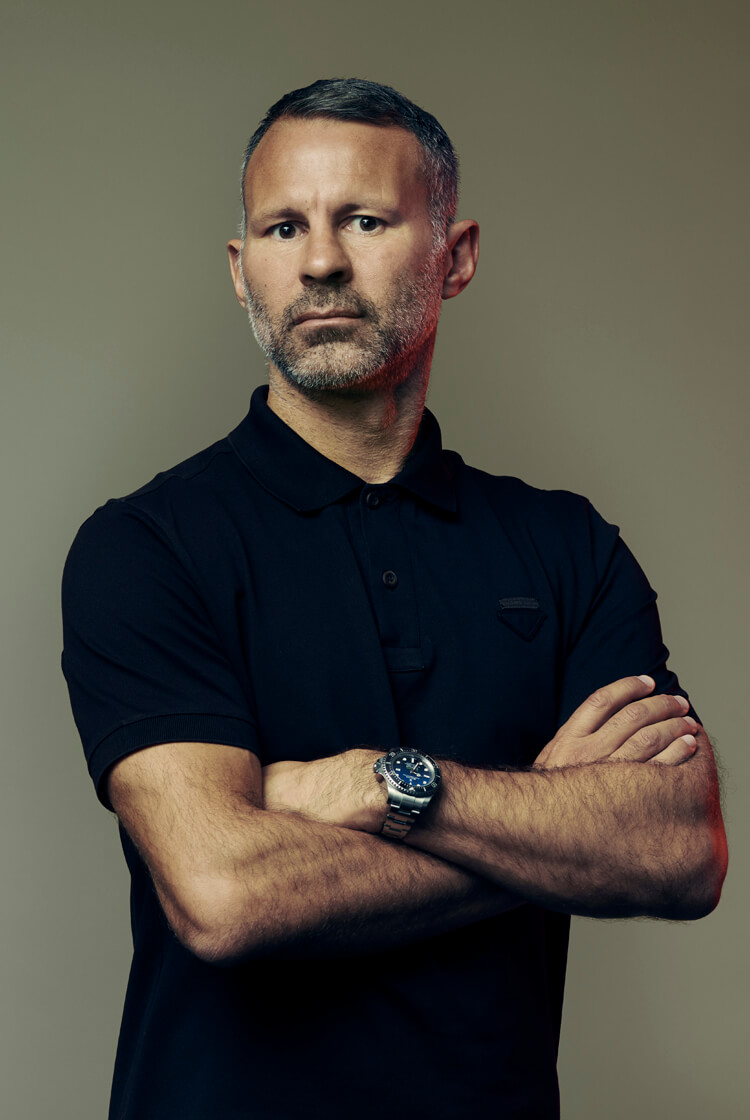 As you get older, football becomes a little bit more like The Matrix.

Everything just slows down a little. The game slows down in your mind. You can see passes you couldn’t before. You’re a lot calmer on the ball.

Sometimes I would look back at my younger self, and hate seeing him give the ball away as much. With experience, I loved keeping the ball a little bit better, not trying that Hollywood pass every time; just keep it ticking and then wait to play those balls in behind an opposition defence, or through the lines into the centre-forward’s feet.

The last five or six years of my playing career were probably the most enjoyable. I loved moving into a more central role. You’re involved in the game more, you have more options, the pitch opens up.

I’d played in midfield for Salford Boys when I was 15 or 16, but never really much after that. So when I did eventually drop into midfield for Manchester United, it was a process. Getting the ball in the middle of the pitch, looking at the whole pitch, players running here, players running there.

And, at United, I had energy all around me. Wayne Rooney dropping in, Ji-sung Park on the left, Patrice Evra up and down, Michael Carrick (above, right) next to me.

I was lucky in that respect, but I was also lucky in that I had always been able to dribble. In midfield, that can be a great asset if there isn’t an obvious pass on. You remember someone like Paul Gascoigne, who could get on the ball in midfield and take players on, and I had that in my armoury too.

I had to develop my passing, though. We had an eye specialist at United, and she noticed that, when I moved into midfield, I wasn’t playing as many passes to the left as I was to the right. We did a lot of work on my peripheral vision, and discovered that my eyesight wasn’t as strong looking to that side – which, when you think about it, was perfectly natural.

I’d spent most of my career hugging the left touchline, so I’d always had that pass to my right – but she had noticed players making runs to my left that I was missing. So we did a lot of work on my eyesight looking that way, trying to strengthen the vision looking in that direction.

The more I came inside, the more I developed, but I also spoke a lot to my teammates – in particular Michael Carrick. He liked to get the ball off the back four, so I would stay out of his space and instead move into that half-position and look forward.

In my first full season in midfield, Chicharito (above) had just come into the team. I’d get the ball and then it was a case of: “Okay Chicha, where do you want it? Where’s your run? Are you peeling off the left centre-back, are you running in behind the right centre-back?”

Instantly, when I got the ball, I knew more or less where he was going to be. Wayne was dropping into those little holes, Ji-sung Park coming inside, Patrice overlapping – so I always had a choice.

From there, it was like a game of chess – a matter of trying to find the right moves.

When I was younger, everything happened at 100mph. Now, as a more experienced player, I took a lot more interest in the tactical elements of the game – all the things you think about much less as a young player. How are the opposition pressing? How do we want to press? Am I playing against a midfielder who wants to run in behind me? Do I want to run him?

“I was keen to develop as a coach, but still wanted to have an impact on the pitch. I had a decision to make”

As an older player, you start to ask why. In those last five or six years, I was always asking for advice. From Carlos Queiroz, Mick Phelan, René Meulensteen. But I also started giving them options, too. I became more vocal in the dressing room, looked to help the younger players – both in training and after games.

My role in the team changed. I thought less about my own game and more about the team. I started to think like a coach.

Even so, I didn’t know what was going to happen when David Moyes (above) came in to replace Sir Alex Ferguson in the summer of 2013. I had a year left on my playing contract, but I was also on my Pro Licence – and I was actually in Turkey, watching the Under-20 World Cup, when I got a call from David asking me to be part of his coaching staff while remaining as a player.

I was thrilled to be asked, and in terms of my qualifications I was ready – but getting on the training pitch and putting on coaching sessions was not something I’d done much of. I was keen to have that development, but I still wanted to have an impact on the pitch. Could I do both? I had a decision to make.

“I talk about having to manage teammates and friends – after that defeat, I had no problem in not picking them”

There were two ways of looking at the job that David had inherited. Usually, a new manager takes charge of a team that is struggling or has had a bad run of games. Instead, he was taking over at the champions.

But it was also a team with some key players coming towards the end of their careers at the club. Rio Ferdinand, Patrice Evra, Nemanja Vidic, myself – we were all approaching the end in one way or another, and that would obviously have been difficult for any manager coming in. Plus, every coach wants to put their own stamp on a team.

By the end of that season, I had four games to do just that for myself. I had good people around me – Phil Neville was already a coach at United, Nicky Butt was in the academy, Paul Scholes came in too – although the difficult part was that I was still a player. That meant I was picking or not picking some of my mates – teammates with whom I had shared a dressing room for a long time. Also, I knew it was my last year as a player and I had wanted to enjoy it as much as I could – which, in the end, I probably never managed to do.

But I got the chance to manage Manchester United – and nothing prepares you for the actual experience of being in that hot-seat. The feeling of being in that office after training, picking your team for the next game, players knocking on your door. It was an unbelievable experience.

I put myself under a lot of pressure to win those four games – and it was in that time that I came to know I had the mentality to become a manager.

In my second game, we got beat 1-0 by Sunderland at Old Trafford. I talk about having to pick teammates and friends; after that defeat, I had no problem in not picking them. I lost no sleep over it, because they didn’t perform. I knew I had to make tough decisions, and I enjoyed it.

I spoke to Sir Alex a couple of times during that time. I wanted to be my own man, of course – but when you’ve got someone so close who was the best, why not lean on him?

After those four games, I had two years working under Louis van Gaal. I thought I knew about football, but Louis taught me a lot – and to spend two seasons taking regular sessions on the grass was a huge experience. When you’ve put on a good session, you know the lads have enjoyed it, and then you help prepare a team for a game and they get a good result – well, that gives you a huge rush.

It was a rush I really missed during the time I had away from football after leaving United. I took a bit of time out and enjoyed myself; I travelled a lot, watched my son play football – things I never really got to do when I was at United. But I missed being around the players, preparing a team for a game.

Then the Wales job came up.

“If you can help any player develop, it gives you such a buzz as a coach”

It was a brilliant opportunity to work with some hugely talented players. A no-brainer, really.

From a football sense, international management can be frustrating. You don’t get to work with the players day in, day out. You only get short windows with them, and sometimes you might not see them for three months.

In that time, your team can change completely. Injuries and form can have an impact, and you don’t get the repetition that club managers get – constantly drilling in your principles, your style of play, your tactics. Sometimes, you really have to think on your feet.

But if you can help any player develop – even with one little word of advice – it gives you such a buzz as a coach. It’s gold dust, really.

And there is real talent among my players. Huge talent.

I knew taking over that it would be a challenge, because it was a transitional period – a group of players who had been so successful and done so much in taking the team to the Euros in 2016, together with an exciting crop of young players coming through.

It’s been about getting that balance right, but when I took over I wanted competition for places. I wanted two players in every position – I mean, every coach wants that – and I wanted that competitive feel to every training session.

At Manchester United, it was often easier to play in a game on a Saturday than it was to play in training during the week. I was playing against Gary Neville, the best right-back in England, every day.

That’s the competitive edge I want with this set of Wales players. You never know what you’re going to get with injuries, and the lack of continuity can be frustrating – but you have to be thoughtful, you have to be flexible, you have to be imaginative.