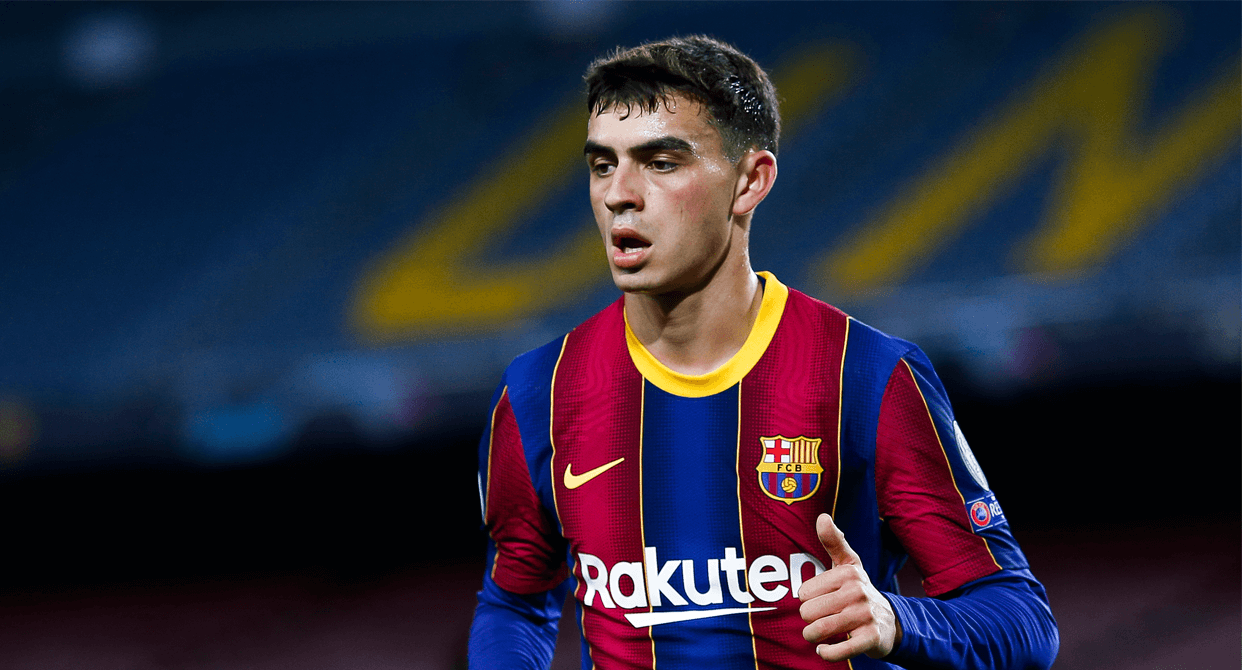 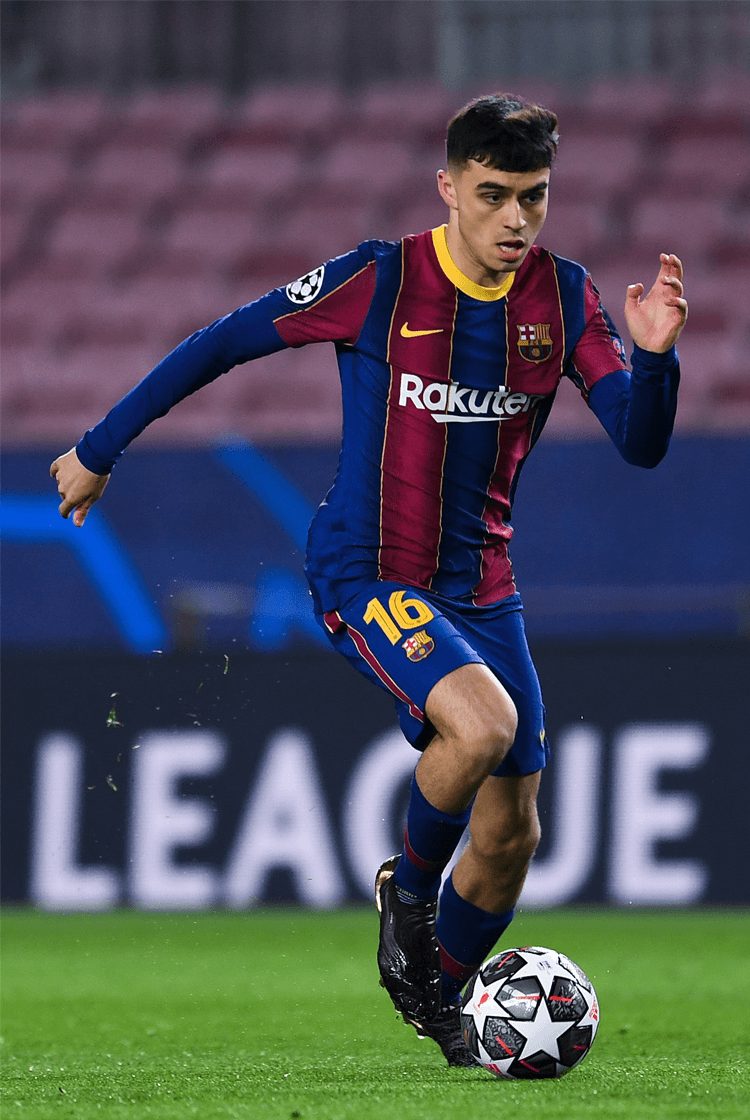 Profile
The emergence of Pedro González López – specifically a young Spanish player in the traditions of those by which Barcelona have for so long been recognised – represented not only one of the biggest positives of so troubled a period for one of the world's leading clubs, but one of their greatest causes for optimism. Aged 17 when he finally arrived from Las Palmas in July 2020 for a fee of €5m, a year after agreeing to move, he has swiftly established himself in a midfield that had long been in decline.

Having done so as a player, his manager at the Camp Nou, Ronald Koeman, knows better than most what is required to succeed at so demanding a club, and he said: "The player who’s surprised me the most is Pedri. I knew Barça had signed him from Las Palmas and I had seen tapes of him, but I don’t think anyone expected the rapid speed of his development since joining. Playing and training with the best players at Barça aged just 17; delivering such high levels of performance.”

Tactical analysis
Pedri perfectly fits the profile of a Barça midfielder – versatile, consistently keen to take the ball, and exceptional at finding and making the most of space in advanced areas (below). He is an incredibly intelligent and technically gifted player, and his speed and acceleration in making quick, clever movements to receive makes him very difficult to defend against because he is so capable of finding space and immediately demands the ball once he has done so. He then uses the increased time that earns him to scan his surroundings and prepare his next touch to move the ball away from his nearest opponent, and to protect it.

While he is not a particularly fast player, he is capable of carrying the ball at speed and able to change direction with great skill, ensuring he often escapes the attention of opponents. His greatest asset is instead perhaps the significant change of pace that means him leaving opponents behind with ease before accelerating through spaces in the opponent's structure to break lines.

That dribbling ability has been hugely influential for both of the teams he has played for, and continues to remain so for Barça, a team that dominates possession and is therefore confronted with having to break through low-block defences and benefits from possessing strong dribblers. When linking play in midfield, Pedri almost caresses the ball to make passes, using his instep to apply curve to evade opponents and find his target.

His passing is particularly accurate – to the extent befitting a Barça midfielder – and often features the detail of a world-class midfielder finding the foot of the teammate most favourable to continuing to progress the relevant move. It is rare he will execute a long pass with a flat trajectory, even if he strikes through the ball in that way while shooting – and with far less accuracy than when he passes. It is from outside of the penalty area that he poses his greatest threat on goal, but his struggles to hit the ball with both power and accuracy means goals are also rare.

Pedri is consistently pursuing space and seeking to receive between the lines, both in front of midfield when he has been selected in a deeper role, and between the opposition's midfield and defence when he is given increased freedom. His judgement in timing when to demand possession is sound, and when he does so he is proven at changing the tempo of his team's play with a quick pass that triggers an attack, either by driving beyond an opponent towards goal or by playing a penetrative pass from deeper territory. His through balls to between an opposing central defender and full-back are particularly precise (below), and regularly succeed in beating resilient defences and creating space from which to cross.

He uses his body position to maintain the speed of his team’s attacks, taking his first touch in the direction he wants to progress the ball. He is regardless better when receiving lateral or diagonal passes, and somewhat struggles when receiving a vertical one and on the half-turn; if he can improve that, he can have a greater impact further forwards.

Role at Barcelona
Barça have used Pedri in numerous different positions. The most most common of those, however, are to one side of the defensive midfielder in a 4-3-3, as one of two central midfielders in a 3-4-2-1, or as the playmaker in a 4-2-3-1 in which he constantly rotates positions with Lionel Messi (below) and Antoine Griezmann. Those rotations are intended to ensure that opposing defenders do not have a fixed reference for the players offering them, and lead to all three players appearing across Barça's attack; if selected towards the right, Ousmane Dembélé usually retains a more fixed position.

Pedri is also capable of playing wide, but when he does so he regularly drifts infield into the more central areas where he is most comfortable, and where he contributes to the creation of overloads. It is regardless in central midfield where he most relishes playing, because of the increased influence he can have on play and in destabilising and distorting the opposition's shape.

On the occasions Barça have needed to take more risks, with Frenkie de Jong he has formed the double pivot in their 4-2-3-1, and therefore plays an increased role during their attempts to build possession instead of creating or finishing attacks. Though not naturally a defensive player, he demonstrates a reliable positional awareness that contributes to him holding his position in front of their defence when he is selected in their double pivot.

When a teammate then wins possession, Pedri is well-placed to receive and quickly transfer it with accuracy to their attacking players. He can be lethal on the counter, when he is aware of the need to quickly launch attacks at the point of an offensive transition – ordinarily doing so either through a fast vertical pass or by dribbling out of defence.

During slower attempts to build play, he withdraws into deep positions to collect possession from central defence (above) and, with time and space to play his desired pass, often proves particularly potent. If pressed in those areas, he is also effective at retaining the ball in small spaces.

Though there is little question he is at his best with the ball at his feet, Pedri is also useful when Barça are attempting to defend. If they lose the ball he counter-presses effectively, to the extent there have been occasions when he has recovered it in advanced territory to trigger another attack. When he withdraws further, Barça often adopt and defend with a 4-4-2 in which he is one of their two central midfielders and he again demonstrates the necessary awareness and work ethic required to prevent opponents from penetrating through the centre of the pitch. If his progress is nurtured with the right coaching and sufficient game time at the highest level, he may even prove capable of reaching the heights expected of him.