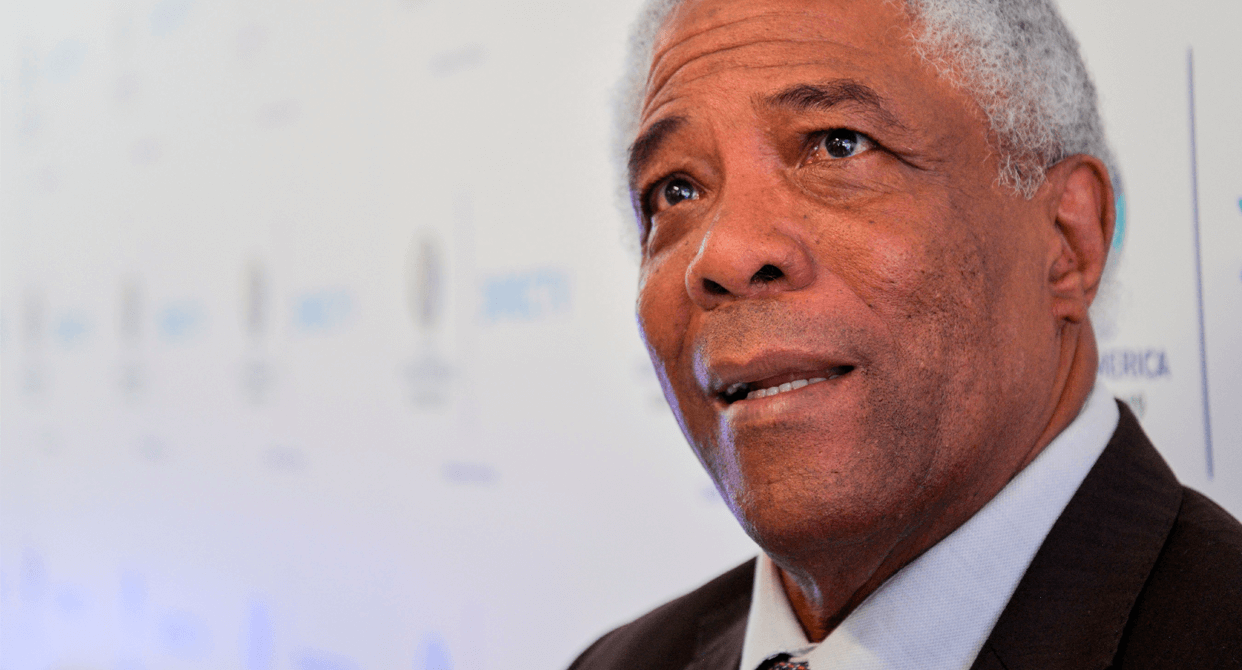 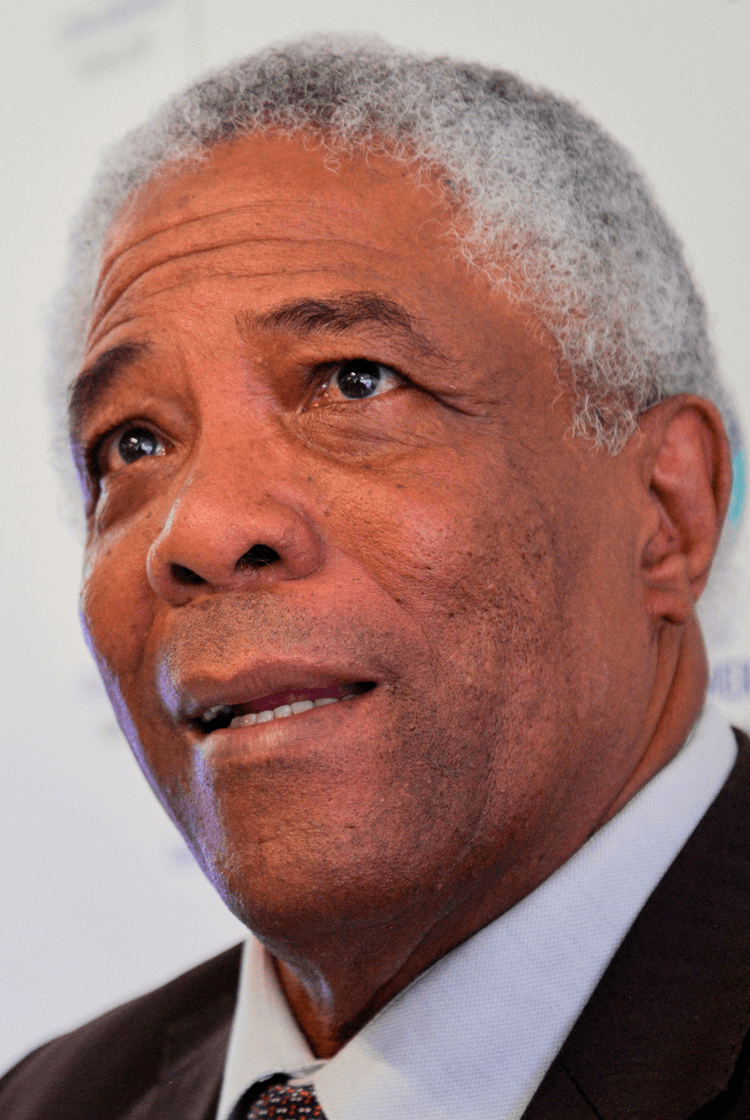 The vehicle for change

They were revolutionary times in Colombia.

Times for great changes to be acknowledged internationally.

I remember when we went to Europe in 1988, and even at the 1990 World Cup in Italy – most of the time, during press conferences, we would have to talk about Pablo Escobar.

The attacks, drug trafficking. No one asked about football. That was when we came up with a new style of play.

I had been an international player for the Colombia national team. That’s why I was so familiar with the project.

Until then, our game strategy had been to neutralise our opponent. At the end of every game we were worn out from running – in tears, almost, and feeling as if we had not really played.

Somehow, we then turned football into a vehicle for social identity.

That style of play was also a way of showing that Colombia was a country that wanted to play football. Through that new style, we wanted to demonstrate to the world that we had a lot of good qualities that no one was talking about.

All of these factors together meant us returning to the World Cup, after 28 years away, at Italia ’90.

"The Netherlands team of the time was based on Ajax. I suggested we copy that"

I didn’t know what it was like to be at a World Cup. The only time Colombia had got to one before had been in 1962, and I listened to that tournament on the radio. Because Colombia didn’t feature in the next ones, I cheered for Brazil.

After we had qualified, I started researching the World Cup through conversations with several coaches who had had a significant involvement in the competition. Carlos Bilardo (above), who had been my coach with the national team and won the 1986 tournament with Argentina, was one.

César Luis Menotti (below), who had been head coach of the Argentina team that won on home soil in 1978, was another. How could I not ask someone who had had such a huge influence on me?

I had learned a lot about tactics from them both in my early days as a coach. It was also the homework that the old Uruguay manager Luis Cubilla – another of my mentors – gave me every day.

He used to tell me: “If you walk past my house and see that the lights are on, call in.” I would do that – I used to ring his bell, and go in to read books by Menotti and Bilardo.

Oscar Washington Tabárez, who is still the Uruguay head coach today, also highlighted something about us that made me stronger.

“Colombia is the only national team able to train on a daily basis," he said. "Because the squad is so rooted at Atletico Nacional.”

"Beckenbauer said we were a good side, but that we lacked history"

He was right, but that wasn’t just a quirk of fate. I had started to work for the national team in 1987 – at the same time, I was coach at Nacional.

If I had two similar players, one of them playing for a different team and the other playing for Nacional, I would pick the Nacional one. I was with him every day, and I knew him better.

Ahead of the World Cup, I also talked to Franz Beckenbauer (above). I asked him what he expected of us.

“Nothing,” he replied. “You are a good side, but you lack history.”

I kept thinking that he didn’t know who we really were. We were unbeaten in 17 matches.

"We played the best match in our history against Germany"

But Franz taught me something that I value greatly. “It’s history that makes you give not 100 per cent, but 120 per cent," he said. "It’s something you don’t learn by playing, but by watching.

“If you go to Brazil, everyone has a brother or a cousin or a neighbour who has played in the World Cup. Tell me, who did your main players, someone like René Higuita, watch playing in the World Cup when they were young? How about Freddy Rincón? Or Carlos Valderrama (below)?”

Among all of the advice I was given, every manager agreed on one thing. “Pacho, you have to ringfence your environment.” So I did.

We managed to base ourselves in Bologna during the 1990 World Cup. That was our home. We lived there and we established a tight-knit group. A family. The journalists were 3km away.

It hurt like mad when we lost the second match to Yugoslavia. But the next day we linked arms, and we started to think about Germany. Players dried their tears, and that was it.

We played the best match in our history against Germany (above), drawing 1-1. The world noticed that Colombia existed.

It was a pity about the match against Cameroon in the knockout stages. It wasn’t that they took us by surprise – we had watched their games in the group stage. But we didn’t have the same level of concentration that we had previously had.

The next four years consolidated Colombian football. We had a group of players who had reached their peak as athletes.

We played a great round of qualifiers for the 1994 World Cup. We qualified in first place in our group, after beating Argentina both home and away.

In Colombia, many people talked about us being favourites – but that was never our mindset. When you really think about it, how could we be favourites ahead of some of the other national teams?

Up to then, World Cups had been shared between a handful of countries. We had been around for barely four years, but we were already thinking of being world champions.

Unlike what we did at Italia ’90, we didn’t ringfence our environment at USA ’94. We tried to be polite to everybody – the journalists, the fans – and we turned it into a celebration. But the World Cup is not about that, and we went out in the group stage.

I later went back to coach the national side for a third time, for the Copa America in 2001. We were also the hosts.

By then, I was also part of the FIFA Football Committee. It was a big achievement for me to be able to mingle with great coaches such as Johan Cruyff, Luis Aragonés, Leo Beenhakker, John Toshack and Guus Hiddink (below). Especially so, in fact, because I had earned their respect.

It was actually during one of those committee meetings that I ran into Alvaro Fina Dominguez, the chairman of the Colombian Federation.

I agreed, on the condition we could introduce structural changes to encourage the development of our own coaches.

The team had been through some renewal under “Bolillo” Gómez. It was a team that had been under construction with me since 1987. They had made three consecutive World Cups up to France ’98, but they needed new players.

I was aware that I wouldn’t find another Faustino Asprilla (below), or a new Valderrama, or any of the other great players that I had coached. But that new national side had other virtues.

Especially tactically – it was one of the finest I have ever seen. To me, tactics are the soul of football.

I don’t know if it’s too romantic an idea, but I understand that football must have a purpose. You cannot play without a plan.

That national team had a soul. Elkin Murillo, Freddy “Totono” Grisales, Giovanni Hernández, Víctor Hugo Aristizabal, Gerardo Bedoya. It was those boys who brought home the Copa America – the greatest piece of silverware the national team had ever managed.

We won every match, and without conceding a single goal. It was a team ahead of their time.

If you want to compare theirs with today’s tactics, you have to watch that team. We played without a striker for the most important match, at a time when playing without a striker was really called into question.

The final was against Mexico, in Bogotá, and was sold out. It was one of the most important moments in my career.

"I was the first Colombian to coach in Spain and Argentina"

Everything I’ve been through with football makes me thankful. Football has given me friends and the chance to get to know fantastic people. Meeting just one fantastic person makes up for the bad things that you have to deal with.

Football has taught me codes, values for life. I have had the occasion to lose, and also the opportunity to win.

Winning is so difficult.

I have been fortunate, however, to experience two World Cups. I have won in South America, both with the national side and with clubs – there are only a handful of people who have done so. I’ve been a UNCAF champion, Asia Cup champion, champion of the Arabian league.

I have coached five national sides in South America. I was the first Colombian to coach in Spain and Argentina.

The best part of all this is that I can go back to any of those places and I can look everybody in the eye. I know, too, that they’re not going to shake my hand – they’re going to give me a hug.

Every day, I enjoy football more. It turns into utopia.

You’re not supposed to ever reach utopia.

But it helps you to keep on walking. Every day.