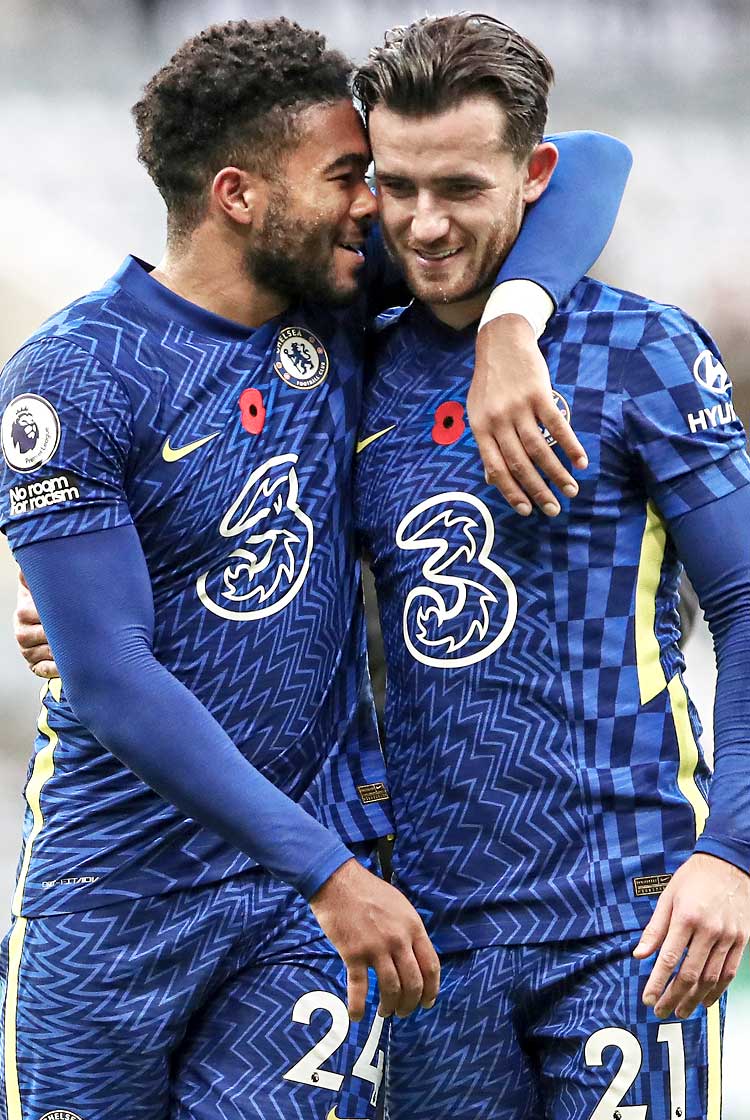 Wing-backs are the wide players in formations that use a back three, such as 3-5-2, 3-4-3 and 3-4-1-2. When defending, the wing-backs drop back either side of the three centre-backs to form a back five. When attacking, they move into the midfield line or even further forward to provide their team’s attacking width.

The term ‘wing-back’ is a blend of ‘full-back’ and ‘winger’, precisely because the position is a mix of the two.

Three centre-backs were first used in the W-M formation in the mid-1920s, but wing-backs did not appear until much later. Helenio Herrera’s Inter Milan team is thought to have paved the way for the use of a back five in the 1960s. His very deep, counter-attacking 5-3-2 used wide players who would cover lots of ground on the flanks.

More attack-minded wing-backs were then used by Carlos Bilardo when he was in charge of Argentina in the 1980s, before the 3-5-2 became a common feature across Europe in the 1990s.

What is the difference between a full-back and a wing-back?

What do wing-backs do when their team is in possession?

As the wing-backs are usually the widest players, their aim is to stretch the pitch, provide the team’s width and give a passing option for the team to build and progress around the opposition. They will then need to get into advanced positions to put crosses into the penalty area. Here, they bend balls into the space behind the opposition defence from deep, or get near to the byline to cross or cut the ball back to an attacker.

The wing-back on the opposite side of the pitch will often stay wide to receive switches of play. But they can also attack the penalty area, targeting the far post, when crosses come into the box from the other side. This can give teams a greater presence in the penalty area, while the wing-back can also sweep up if any crosses are overhit.

It is becoming increasingly common to see wide rotations involving the wing-back. This could lead to the wing-back moving infield to attack through the inside channel. A wide forward, number 10 or a centre-forward then rotates out. The narrowed wing-back can then either look to get on the ball between the lines while a central midfielder runs beyond the opposition, or the wing-back can run in behind themselves.

What do wing-backs do when their team is out of possession?

If their team is set up to drop into a low or mid-block – or simply after the initial press is beaten and the team is forced back – the wing-backs recover into the back line to form a unit of five. With a third centre-back present, the wing-backs can individually jump out of the back line to engage the ball more freely than a full-back would be able to in a back four.

Although full-backs are likelier to be placed in one-on-one situations more frequently, wing-backs still need to be able to defend one on one. They also need to show good awareness to track runs across goal – especially any attempts to move on the blindside of the nearest centre-back.

Which coaches use wing-backs best?

Conte used wing-backs in a 3-5-2 with Juventus, Italy and Inter Milan, and in a 3-4-3 at Chelsea and Tottenham. In the 3-5-2, his wing-backs got close to the centre-forwards, but would also be sure to leave space for vertical runs through the inside channels from the number eights (below). This often led to his side converting into a 4-2-4 attacking shape, with the single pivot dropping into the back line between the three central defenders.

Tuchel uses two number 10s in a 3-4-2-1 structure with Chelsea, in which the wing-backs provide the attacking width to overlap around the attacking midfielders (below). However, wide rotations are common, with the wing-backs rotating with the 10s to create from a narrower position, or to make penetrative runs into the penalty area to attack the far post.

The overlapping centre-backs Sheffield United used under Wilder garnered a great deal of attention for their innovation. His wing-backs moved inside (below) to get into goal-scoring positions – much like Tuchel’s – while the centre-forward dropped away from goal. Wilder’s number eights also pushed forward through the inside channels – much like Conte’s – to support the high and wide central defender.

Some of the best modern-day wing-backs

Wingers who have been converted into wing-backs

What are the advantages to using wing-backs?

Playing with wing-backs means having another player in the back line, which reduces the chances of gaps appearing for the opposition to play through. Wing-backs also reduce the chances of overloads happening in central defence and, when used well, can make a defence far more difficult to breach.

In attack, they create width to build and progress around the opposition on both sides of the pitch. They can provide a permanent option out wide, to increase the chances of their team being able to put a cross into the penalty area. With support underneath them in the way of the wider centre-backs, wing-backs have more licence to attack and remain higher in comparison to full-backs.

What are the disadvantages to using wing-backs?

As the presence of wing-backs means defending with a back five, the consequence is fewer players in the midfield and/or attacking units. As the wing-backs will drop back to defend deep in their own half, they can have too far to travel to have an impact following an attacking transition. This requires other players to reposition and rotate to ensure a wide presence when looking to counter-attack.

By the same measure, as the wing-backs provide height and width in attack, the distance they have to recover on defensive transition is also large. This is particularly the case compared to full-backs, who won’t both attack as high at the same time. This can leave big gaps out wide for the opposition to counter-attack into. Wing-backs have to be extremely fit and fast in order to be able to cover so much ground and contribute at both ends of the pitch.