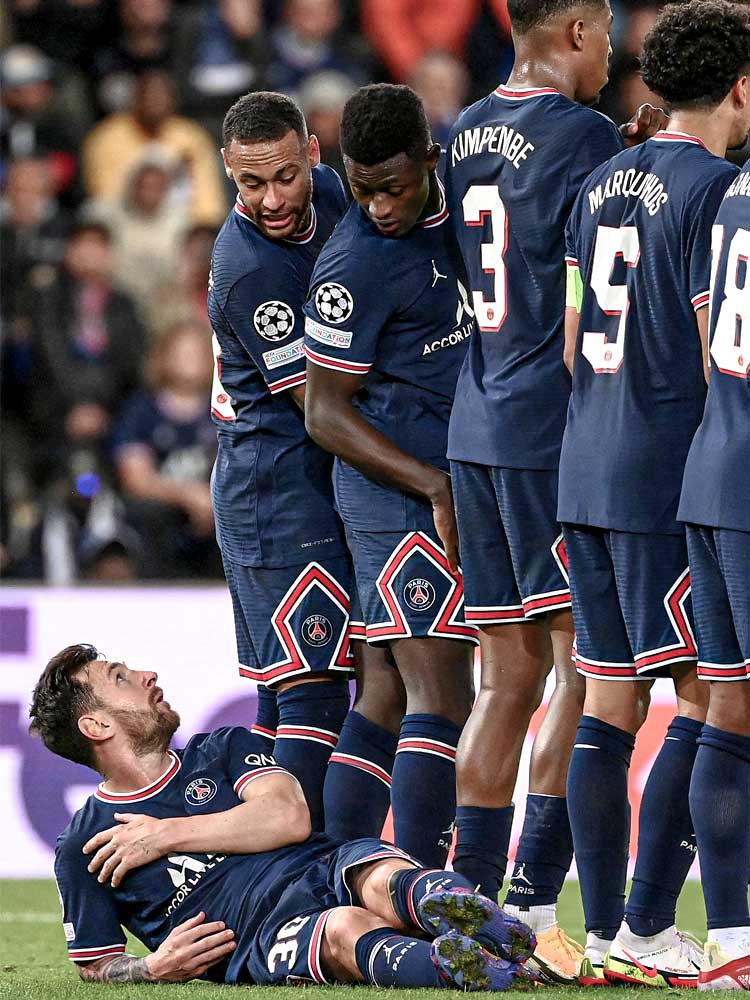 the football year in images

Euro 2020, with its Covid restrictions differing from country to country, gave a very current representation of football in the modern era. While the pandemic caused changes to plans across the planet, football continued and provided a much-needed escape for fans who were unable to live life as normal. With the Euros taking place a year later than scheduled and on top of a packed domestic calendar, 2021 was an eventful year in football.

Juventus’ run of nine successive titles was ended by their bitter rivals Inter Milan, and Cristiano Ronaldo made a shock return to Manchester United. Even more unexpectedly, Lionel Messi ended 21 years at Barcelona to join Paris Saint-Germain. For over a decade they had been the world’s leading players, but that status continues to be challenged by the continued progress of youngsters like Erling Haaland and Kylian Mbappé.

The Coaches’ Voice values the ability of the photographers who capture football’s biggest moments as much as those responsible for the moments themselves. In a collaboration between CV and Getty Images, and in an attempt to do a memorable year justice, we have chosen our favourite images of 2021 in football.

Few will forget the moment when Christian Eriksen collapsed on the pitch during Denmark’s Euro 2020 group match against Finland. Many millions sat in front of their televisions for those shocking moments. For Getty, the question was how to deal with that moment photographically. Despite all journalistic duty, what respect should be shown to Eriksen and his family in that situation?

The above photo shows a moment of hope and survival, and at the same time it reflects the impressive way in which the Danish team handled the event from the very first moment. With that photo they were able to illustrate the story of that incident and still maintain respect and hope.

In the biggest game in England for 55 years, England fell short in a penalty shootout and, as was the case in Euro 96, once again Gareth Southgate was involved. During the summer of 2021, however, it was as manager. Southgate’s man-management skills came to the fore, comforting the young Bukayo Saka following his missed penalty – something that 25 years earlier Southgate had done himself as a player in the semi final.

Southgate’s leadership generated significant goodwill from the English public, and his united and young squad took England further than they had ever been in a European Championship. The almost paternal nature of Southgate’s stewardship was captured in that image, demonstrating his understanding, and the close bond he had with his players.

Euro 2020 was the biggest football event of the year, featuring 24 teams across 12 venues playing out one of the most exciting tournaments for many years. For many of the players it represented a highlight of their year, and the above image encapsulates that perfectly.

By the touchline, no threat to either goal and Roman Yaremchuk of Ukraine (right) and the Netherlands’ Stefan de Vrij are both giving everything to win their battle and do everything they can to push their team forward. The shape of the players also provides a visual of the commitment shown throughout the tournament.

The above image was captured in the tunnel ahead of the vital group decider at Hampden Park between Scotland and Croatia. In their first major competition since 1998, Scotland knew that a win would take them into the knockout stages of a tournament for the first time in their history.

Shot from a position exclusive to Getty’s team of UEFA photographers, it captures the importance of the moment and Andy Robertson’s pride captaining his country;  putting on the armband, and leading his team out.

Having missed out on qualification for the 2018 World Cup, Italy headed into Euro 2020 with a point to prove. A new manager, Roberto Mancini, and a young squad started the tournament impressively, winning their opening game and maintaining their form throughout, as they won the tournament.

The above image of Andrea Belotti and Jorginho sums up the delight of the Azzurri. While the Italian fans remained inside Wembley Stadium celebrating, the players headed down the tunnel to a small, exclusive studio, where Michael Regan captured their joy.

The impact Marcus Rashford has made away from the game – using his position as a Manchester United and England player to fight poverty and tackle the British government’s response to it – has made him a high-profile figure and a role model for many. This mural was originally produced to celebrate his incredible work in helping those less fortunate than him, but following his penalty miss in the final of Euro 2020 it became a target for racist abuse.

The above image shows the huge respect and admiration for Rashford across the community – something mirrored across the nation. The mural was repaired, and became a focal point for tens of thousands of supporters.

The day that nobody really thought would come – one of the greatest players in the history of the game, and the greatest player in Barcelona’s fabled history, Lionel Messi left the Camp Nou to join Paris Saint-Germain. As a result of Barça’s financial problems, Messi walked away from the club that had been his home since the age of 14, and when he addressed the media, his emotions overcame him and he broke down in tears.

The sight of the great player crying with the club badge as his backdrop captures that moment perfectly.

Perhaps the hottest property in European football, Erling Haaland has been dominating both the Bundesliga and the Champions League and is set to dominate awards ceremonies for years to come.

The above image captures Haaland out on his own – his physical dominance as he scores again and wheels away, gesturing to the crowd. Like many other global figures, Haaland has a presence and dynamism that lends itself to great images, and so is loved by photographers.

Perhaps the greatest football player of our time – Lionel Messi – has a new task. He became a “sweeper” for Paris Saint-Germain at the bottom of their wall at a free-kick for Manchester City. Many could not believe their eyes.

He threw himself on the ground for his team and lay behind the wall. He then got instructions from Neymar. Some called it “disrespectful” to his teammate. Perhaps it was just a moment that showed that, in the end, Messi can be a footballer like any other. The interaction between Messi and Neymar makes the above image very special. That day was anything but disappointing for Messi, though – he scored his first goal for PSG.

Cristiano Ronaldo, a truly iconic sportsman, globally recognised and always delivering in big moments, is a sports photographer’s dream. For over a decade Manchester United were synonymous with success, yet in more recent times they have underachieved, leaving their supporters frustrated and demanding silverware.

The high-profile signing of Ronaldo heralded a new wave of positivity at Old Trafford. With great expectations comes great pressure, but Ronaldo continues to thrive in the biggest moments, and he reliably produces moments like that captured in this image.