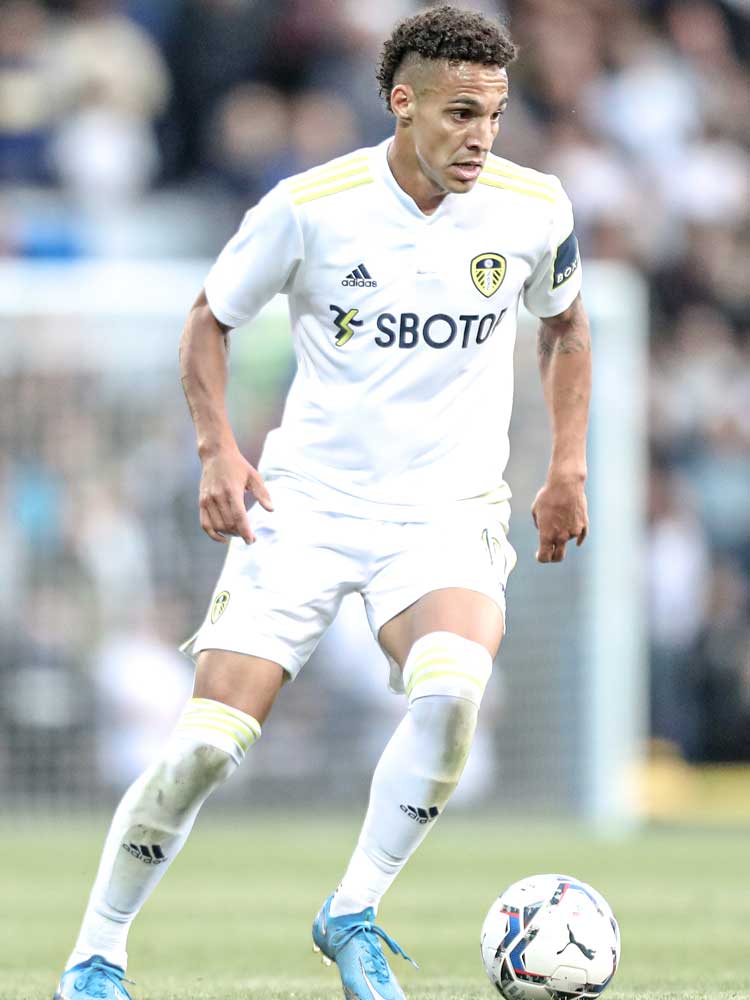 Profile
When Leeds United broke their transfer record by paying Valencia £27m for Rodrigo following their return to the Premier League in 2020, it was assumed he had been signed as competition for Patrick Bamford up front. He came to England as a centre-forward – and that is where he still plays for Spain – but he has found Bamford, a firm favourite of Marcelo Bielsa’s, difficult to displace.

Record transfers for Leeds are rare. Until Rodrigo’s arrival, Rio Ferdinand, who cost £18m from West Ham in 2000, had been their most expensive signing. There was, therefore, plenty of hype around Rodrigo when he moved to Elland Road, and as a result an air of disappointment that he hasn’t taken the Premier League by storm. However, Bielsa is still positive about his future, and explained that his optimism persisted ahead of the 2021/22 campaign. “I have a lot of confidence in the qualities of Rodrigo,” Bielsa said. “During the six weeks of pre-season, he’s the player who shone the most in those weeks. I have a lot of hopes for him that in this season he is going to show all the qualities he has.”

Tactical analysis
Rodrigo is a versatile player. He can play in a front two, as he did while at Valencia, as a lone striker in a front three, as he often has for Spain, or behind a centre-forward, as he has done at Leeds. Wherever he plays, the quality of his movement is a particular strength that shines through. He makes deceptive and cunning movements, and in making clever runs off the back of an opponent he makes it difficult for them to monitor both his run and the position of the ball. He is good at spotting space and using it, but instead of occupying the space he wants to attack, he looks to run into it to meet a pass.

He creates space for himself by first making a small movement in the opposite direction (below). If it is a run across a defender that he intends to make, he will first move towards the defender’s furthest shoulder. Should the defender follow him, he darts across the defender into the space. Should the defender hold his position, he will risk losing sight of Rodrigo and allowing the striker to receive the ball in the space behind him.

It is movements of that nature that lead to most of his goals. By arriving into space rather than occupying it while static, Rodrigo is able to get on the end of passes or crosses and provide first-time finishes. He varies his finishes well and when finishing off one touch can be very effective.

He is best when he can stay high up the pitch and threaten the space behind the opposition, but he can also create, coming to look for the ball and turning on to his stronger left side before delivering a forward pass. He has decent vision and also possesses the ability to slip a pass through the opposition’s back line for a strike partner or inside forward to run onto (below).

Out of possession, Rodrigo works extremely hard, and shows impressive commitment to his team’s defensive strategy despite being an attacker. He gets stuck in and is not afraid of a physical battle. His work rate is a significant part of what makes him so valued by his managers.

Role at Leeds
Rodrigo thrived up front in a 4-4-2 alongside Kevin Gameiro at Valencia, so when he moved to Leeds, it was widely expected that he would partner up with Patrick Bamford. However, Bielsa’s preference for formations with only one forward – largely because of his out-of-possession man-for-man approach that requires extra numbers behind the ball – as well as Bamford’s form, has meant Rodrigo only getting minutes in midfield.

He has generally lined up as a number 10 behind Bamford in the rather unique 3-3-3-1 formation that Bielsa often plays. He shows good commitment to Bielsa’s game plan, and works hard to try and ensure the player he is responsible for marking – usually the opposition’s pivot player – does not affect the game too much (below).

His experience as a forward means he often looks to get beyond the striker, and his aforementioned understanding of how to use space effectively means he recognises opportunities to burst into the channels. He will often use the movement of the right-sided midfielder – usually Raphinha – into deeper territory and Bamford to the left side of the centre of the pitch to make a run into the right channel. From here he looks to threaten goal by cutting on to his stronger left foot or curl an in-swinging cross towards the six-yard box.

He has struck up a good understanding with Raphinha and Luke Ayling – a right-sided defender – and the three of them create triangles on Leeds’ right to make progress down that side. They rotate positions well and Rodrigo is happy to stay high or drop off to create space for another player to run into.

The problem with this position for Rodrigo is that, as a natural forward, he is not accustomed to receiving passes between the lines and on the half-turn. He therefore does not provide the best passing option to progress the ball through the middle of the pitch against a set block, which can slow his team’s moves down.  As a result, Leeds sometimes look more fluid in possession with Mateusz Klich or Tyler Roberts in the number 10 slot.

However, Rodrigo is still getting used to this new position, and given he already understands Bielsa’s game plan well, there is plenty of reason to believe he can grow into the role.