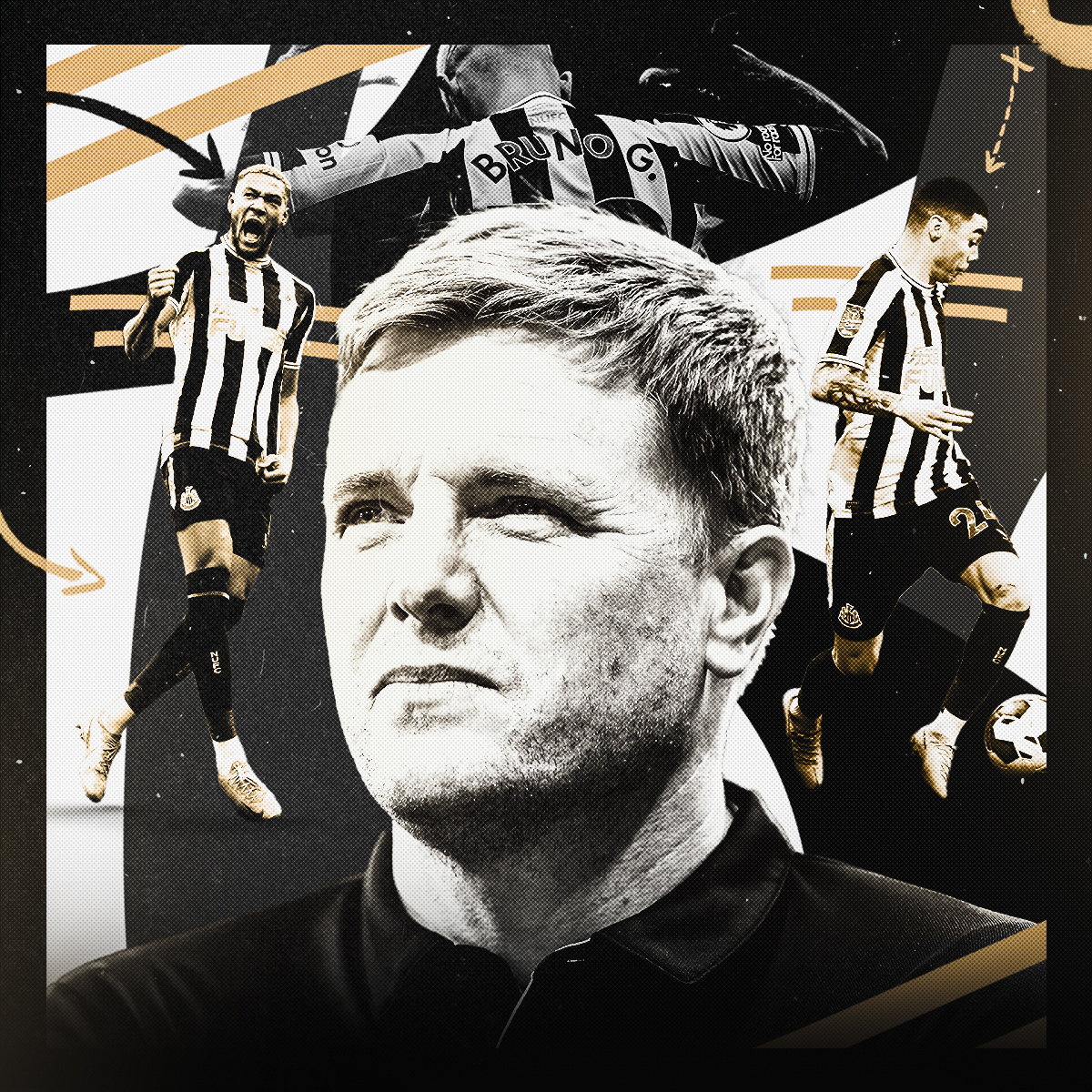 Newcastle 2022/23 tactics: What is Eddie Howe’s team doing so well?

Almost as surprising as the incredible run that has built up Arsenal's significant lead at the top of the Premier League table is the fact that Newcastle have stormed into the Champions League places. As they reach the midway point in their season, Eddie Howe and his team are third in the table – just one point behind Manchester City in second – and looking good for a return to European football.

Howe has been given money to spend by the club's new owners, but the speed with which he has made Newcastle into a genuine top-four contender is still commendable. Across the pitch, they look capable of causing any opponent problems. Already in 2022/23, they have achieved positive results against Arsenal, Tottenham, Manchester United, Chelsea and City. Their only defeat came in August, at Liverpool, thanks to a 98th-minute winner.

So, what exactly are they getting right? We've taken a look at four key aspects to Newcastle's play this season, to give our tactical insight into what makes them so good.

Miguel Almirón’s improvement has been sensational. In the two seasons prior to 2022/23, he registered just eight league goals. At the midway point this season, he has already scored nine. Attacking from the right side of the front three of Eddie Howe’s 4-3-3, Almirón uses his acceleration to great effect, especially from a static start, and he has improved his control of the ball when running at pace. This helps him cut inside on to his stronger left foot and attack the space infield from his wide starting position. His movements inside – both with and without the ball – has created a great deal of space into which right-back Kieran Trippier can advance and provide crosses in the final third.

Almirón’s movements are supported by the right-sided number eight, Sean Longstaff, who provides energy and consistent forward runs from central midfield. These runs through the inside channel, into the space beyond the opposition’s defence, help to drag an opponent away from the inside channel. He is often nothing more than a decoy for Trippier and Almirón, both of whom use his movement to their own advantage. Trippier has a better chance of getting a clean cross into the box if his opponent steps across to track a Longstaff, while Almirón can drive infield to shoot (below) or combine with the centre-forward.

When Almirón makes an inside run off the ball, he often takes up a position to receive a cut-back or cross further from goal. As Newcastle progress down the left, number eights Joe Willock and Longstaff will join the centre-forward in the penalty area. Joelinton and Trippier provide the width on both sides, leaving Almirón free to move into dangerous central positions to try and collect loose balls. He has been in devastating form this season, and is a big part of the reason Newcastle are faring so well.

Guimarães’ impact on the build phase

Bruno Guimarães plays as the single pivot in Howe’s 4-3-3, with the flexibility to drop into the back line or widen during build-up. With Trippier taking up an attacking position from right-back, Newcastle convert into a temporary back three of Dan Burn, Fabian Schär and Sven Botman. This creates more room for Guimarães to drop in and receive, where he often uses the sole of his foot to control the ball. Although doing so can slow play down, Guimarães knows how to use this change of pace to his advantage; he is able to quickly turn away from pressure by rolling the ball in any direction once his foot is on top of it.

Longstaff sometimes drops in to form a double pivot and support Guimarães, especially once Trippier has moved very high (below). This can create an in-possession 3-2-5 shape. The extra man alongside the Brazilian adds extra defensive presence in the centre of the pitch to deal with any counter-attacks or support a counter-press.

Guimarães has demonstrated an impressive ability to receive facing forward, even when tightly marked. He then has the vision and passing range to find runners in behind and break lines centrally. This has helped Howe establish his preferred style of play with the ball: building patiently through the thirds, but looking to penetrate in behind as soon as an opportunity presents itself. Guimarães can do both; he has quickly become the most important player in Newcastle’s build-up.

In 2019/20 and 2020/21, Newcastle were the lowest-ranked team in the Premier League for defensive intensity, which is calculated by looking at the number of duels, interceptions and tackles made per minute of opposition possession. Then, in 2021/22, they were second-bottom. These statistics give an indication of the style of play the team used: they sat off opponents much of the time and looked to attack on transition. Things have changed in 2022/23, though. Newcastle rank fourth in the league for defensive intensity, as they look to defend on the front foot far more in Howe’s first full season in charge.

They have done this while also averaging around 50 per cent possession, indicating that they are happy to keep the ball but will look to win it back quickly when they lose it. An intense reaction to losing possession, especially in the middle third of the pitch, has led to a significant shift in playing style under Howe.

They do, however, vary how they play within games. They generally have a higher line than in previous seasons, and are happy to press high up the pitch, but they also use a low block to good effect as and when appropriate.

When they press, the look to push their opponents’ play out towards the touchline, where aggressive wide players in Joelinton and Almirón harry the ball-carrier and make attempts to win the ball back (above). The number eights and centre-forward discourage the opposition from playing short passes, and Guimarães will jump out to challenge for any reverse ball back into the middle of the pitch.

The defence then pushes up to squeeze the pitch, and steps in front of opponents to make interceptions once a pass is made towards a forward. This helps lock the opposition in their own half, which in turns reduces how often Newcastle have to drop back into a low block from their high starting position. This in itself is a sign of a very good team.

Newcastle have an extraordinary defensive record so far in 2022/23, conceding just 11 goals in 19 games. On top of the increase in defensive aggression further up the pitch, Howe has also made good use of a low block when defending for longer periods. On six occasions so far in 2022/23, Newcastle have had less than 45 per cent possession, often relying on defending deeper to see out a win or, as was the case at Old Trafford and the Emirates, maintain a clean sheet to secure a valuable draw.

The wingers’ effort in pressing back has been important to ensuring full-backs Trippier and Burn aren’t exposed, which in turn means they can stay closer to the centre-backs. Should the opposition then commit their own full-backs high up the pitch, Newcastle are left with two-on-two battles in the wide areas – but they have the proved they have the quality to contend with such situations. Even when crosses do come in, the centre-backs have shown more than enough ability to deal with them. Converted centre-back Burn and Trippier, whose defending improved markedly during a spell under Diego Simeone at Atlético Madrid, both cover well at the back post.

Ahead of the back line, Newcastle set up with a flat central midfield three who stay close to Botman and Schär. The outside central midfielders are free to press into the inside channel on their side or move out to help the full-backs when needed. When they do this, the winger on that flank can stay slightly higher (above), meaning they are more of a threat on the counter should Newcastle regain the ball.

In all, Newcastle have had a very promising first half of 2022/23. There are plenty of reasons for Eddie Howe to be optimistic about the club's chances of making a return to the Champions League for the first time since 2002/03.