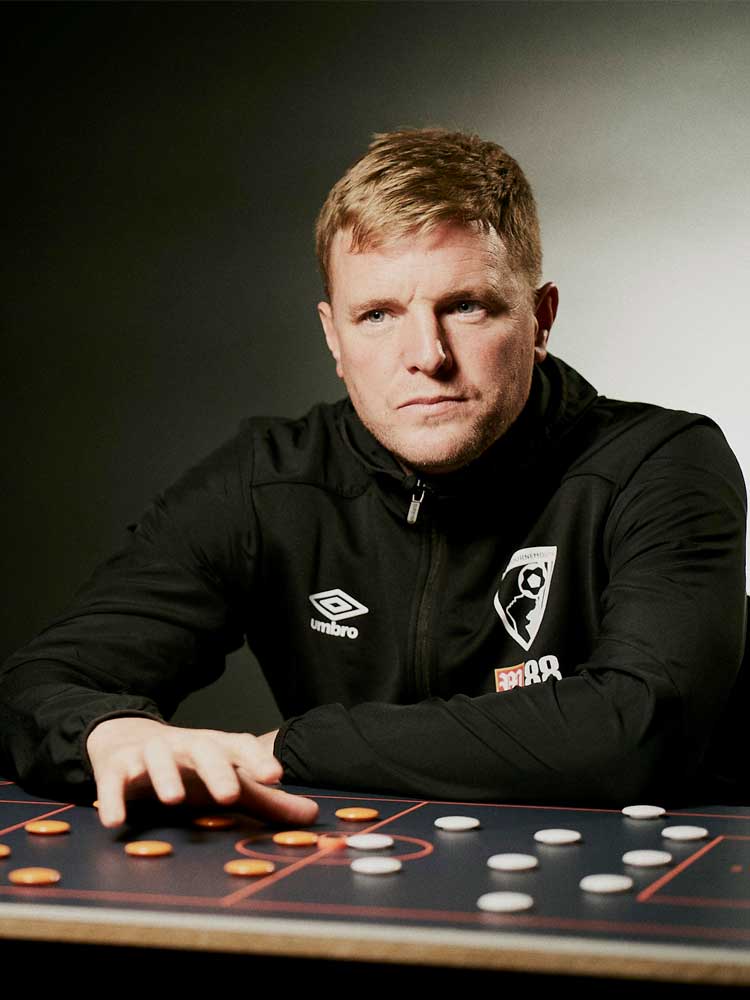 Bournemouth were just two points clear of the relegation zone in January 2018 when they travelled to Stamford Bridge for a New Year’s Eve Premier League fixture at reigning champions Chelsea. Having experienced defeat in each of their previous five meetings, Eddie Howe – who later became Newcastle manager – was aware of the need to challenge his opponents with a different approach.

He did exactly that, matching Antonio Conte's 3-4-3 formation with remarkable consequences. Second-half strikes from Callum Wilson, Junior Stanislas and Nathan Aké secured a famous victory that inspired Bournemouth to climb clear of the bottom three and to eventually secure a comfortable mid-table finish. Speaking exclusively to The Coaches’ Voice, Howe explains the thinking behind his team selection in the absence of influential right-back Adam Smith, Bournemouth’s attacking approach, and how his team stopped Eden Hazard.