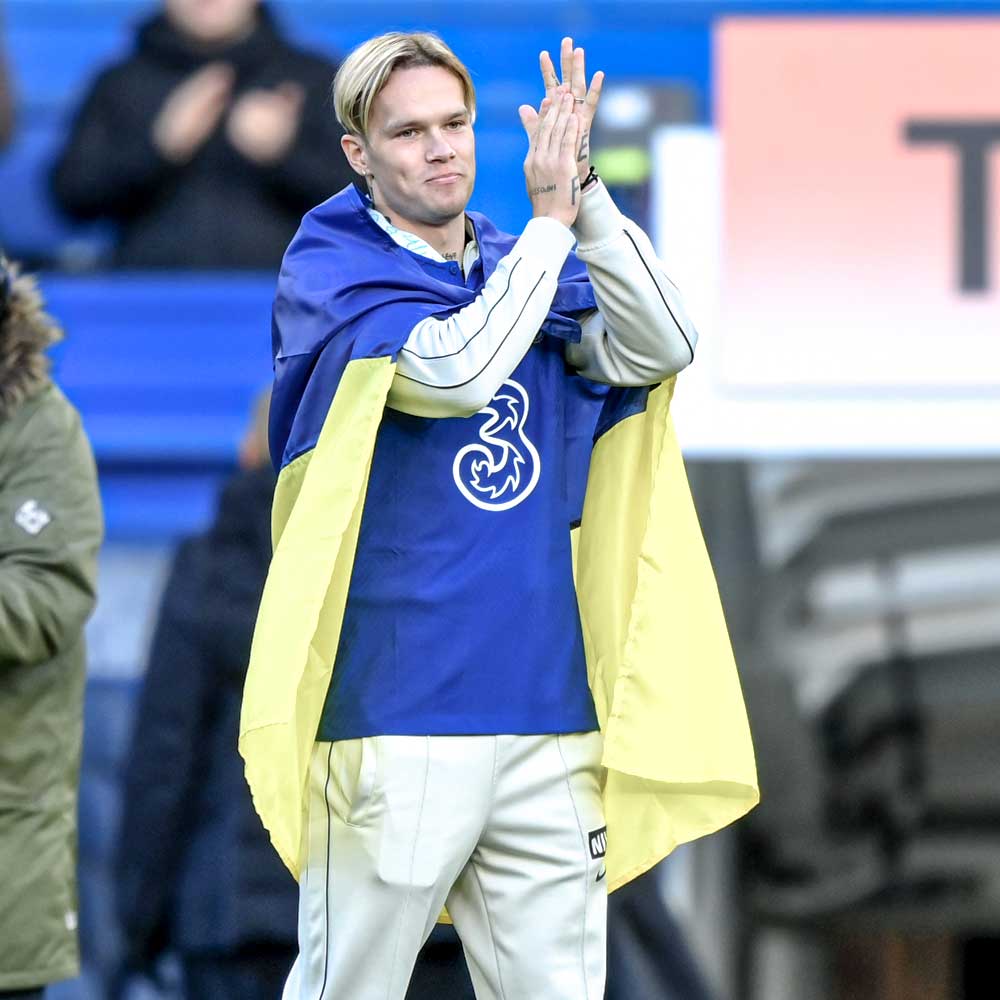 Mykhailo Mudryk had looked like he was on the verge of completing a big-money move to Arsenal in January 2023, but then Chelsea swooped and signed him for a reported fee of around £88m. The Ukranian international had caught the eye with a string of exciting performances in the Champions League for Shakhtar Donetsk, contributing three goals and two assists in six group stage games in the 2022/23 campaign.

Mudryk's form on the biggest stage had suggested he was destined to play in one of Europe's biggest leagues, and he has the ability to deal with the burden that comes with such a hefty transfer fee. He has the versatility to fit into a Graham Potter team, and the Chelsea manager has every reason to be excited about this addition to his squad.

"He is a young player with a big future," said Potter. "He's exciting, one-versus-one, can threaten the goal. I think our supporters already like him."

Mudryk is a right-footed winger who is most comfortable cutting in from the left onto his stronger foot. His acceleration is a particular strength, as he is able to reach his top speed extremely quickly from a standing start. This allows him to stand his opponent up before knocking the ball either way and darting away from them. He often does this down the touchline and onto his weaker foot – the direction in which his opponent won’t expect him to go – before putting a cross into the box. Although this involves using his weaker foot, he has the ability to put good balls into dangerous areas with his left foot.

If he has the space to do so – which usually means he is in a deeper position – Mudryk will try and take a touch across his opponent’s path to get his body between them and the ball. Again, his acceleration is a big strength in these situations, as he draws fouls from opponents who can’t get goal side of him or gets away from them and into space. This tactic helps Mudryk move inside wide from the left, before combining with teammates in the centre of the pitch or working a shooting opportunity for himself.

He uses subtle body feints to manipulate his opponent and shift their body weight to one side – usually outwards, away from goal – before he pushes the ball the other way and bursts forward. After creating himself a yard of space on the inside, Mudryk drives forward powerfully to attack on the angle towards goal (above) and make the most of the slight advantage he has given himself over the defender. He manipulates the ball brilliantly, varying the size of his touches to move his opponent from side to side and shift their weight, drawing them in, before then exploding away with a longer touch.

Mudryk poses a significant threat on goal once in the inside channel and central lane. He has lots of ability when shooting using the inside of his foot (below), often bending shots into the far corner. He can also disguise his finishes, using small touches to create the type of shooting opportunity he wants, and cutting a shot across his body and towards the near post. As he often draws players towards the ball when he carries it forwards, his ability to shoot in a very specific way – for example, through an opponent’s legs – means he can get a shot off in crowded areas when others might not be able to. He isn’t as effective when shooting with his laces from long distances and attempting to use more power.

Mudryk likes to find pockets to receive in the left inside channel, and he usually collects the ball in an interesting way: he takes his first touch with one foot, and then pushes the ball forwards with the other. This has the benefit of him being able to shift the ball quickly away from an opponent who has come to meet him, when taking two touches with the same foot would take him longer. He then gets his head up and looks to release a teammate who is making a forward run. In these situations, Mudryk is a fantastic link between the defensive players and the attackers.

There are other times, meanwhile, when Mudryk receives in a wider position. From here, his intention is usually to drive down the line with the ball before getting a cross in. As already mentioned, he can accelerate very quickly to get away from an opponent, but he also stands out for his ability to decelerate before crossing. While some wide players struggle to slow down after reaching their top speed – and their technique suffers as they try to cross while running at full speed – Mudryk slows down efficiently, and can cross effectively with his left foot in these situations.

He also has more variety to his crosses as he improves his game. He used to use powerful deliveries across goal which were particularly effective on the transition when there was space behind the opposition’s defence to exploit. However, he has become more effective when facing compact lower blocks, able to find a teammate more often with a cut-back or a deft, lofted delivery (above). This is, however, still an area he can improve on in the coming years.

Left of a front three

The main position Mudryk has played throughout his career so far has been on the left wing, usually as part of a front three – in Shakhtar Donetsk’s 4-3-3, for example. His teammates will try to get him into positions where he can isolate his opponent, and at Shakhtar, left-back Bogdan Mykhaylichenko makes delayed overlapping runs to take defenders away from him. This allows Mudryk to start as wide as he wants or needs to, and then Mykhaylichenko times his run to give the opposition’s full-back something else to think about as Mudryk bears down on him.

Mudryk uses his teammates' movements to progress deeper into the final third, and takes advantage of his opponent taking a step towards the overlapping Mykhaylichenko to drive infield when they are off balance. He also uses movements from the centre-forward – Lassina Traoré or Danylo Sikan – to the left to help work himself chances to shoot.

His teammates know how good he is at working a crossing opportunity from very little, and when he attacks down the touchline, the other players in Shakhtar’s front line as well as a number eight and sometime even the right-back will make sprints to get into the penalty area. Left-back Mykhaylichenko will narrow (above) to support Mudryk, and in the final third he will provide an option for a sharp cut-back if he can be found with a clever reverse.

Mudryk has only made a few appearances in his career on the right side of attack, but he has taken up positions to receive regularly in the left inside channel. This is similar to the position of a wide number 8 in a 4-3-3 used by Pep Guardiola at Manchester City, giving an indication of his versatility.

Rotations on Shakhtar’s left allow Mudryk to move inside off the ball to get into positions between the lines to receive from the pivot players or defenders. Shakhtar’s centre-forward pins the opponent’s right centre-back in an attempt to limit how much they can jump out to engage Mudryk when he takes his first touch and looks to turn with the ball. Left-back Mykhaylichenko then overlaps to provide the width in the attack, pulling the opposition right-back out wide. One of Shakhtar’s central midfielders then drops out to cover underneath Mykhaylichenko, giving Mudryk more freedom to get into attacking positions and threaten goal or create for others (below).

This pattern creates slightly different one-on-one situations for Mudryk to when he is out wide. He now receives under pressure from behind, as opposed to receiving with pressure coming from the side or front on. When this happens, Mudryk can attack either way as he doesn’t have the touchline on his outside shoulder, and he uses body feints to turn away from his marker, showing good awareness of where they are, before progressing forward. From these positions, Mudryk will usually either link with the centre-forward or a number 8, or look to switch play to the right.

There is some fine-tuning to be done to his game, but Mudryk is an exciting prospect with every chance of a long and successful future at the top end of the game.