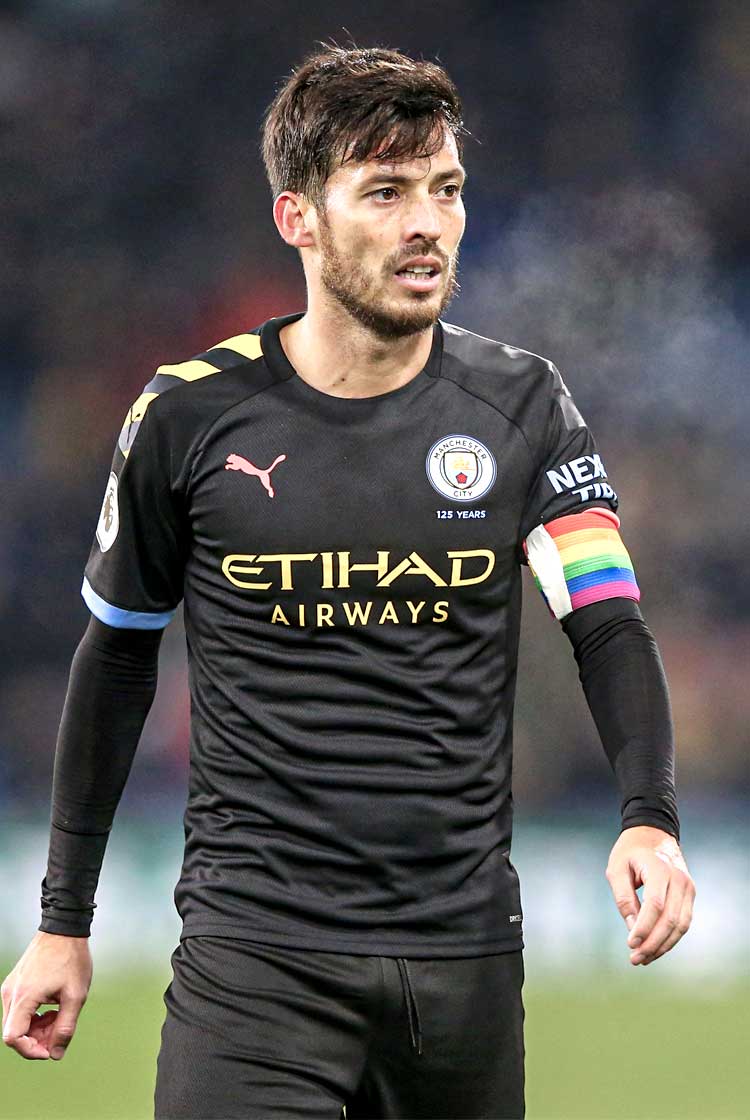 What are the half-spaces?

The term ‘half-space’ refers to a specific area of the football pitch. When the pitch is split into five vertical lanes, each lane is given a name: the wide lanes are called the outer spaces or wide areas, and are usually defined as the space between the touchline and the outside edge of the penalty area. The central lane is the vertical space through the middle of the pitch, and is usually defined as the width of the centre circle or six-yard box. This is shown in the diagram below.

Where does the term ‘half-space’ originate?

The term ‘half-space’ is thought to have first been talked about as a specific area of the pitch in Germany, and comes from the translation for the German word ‘halbraum’. The half-spaces are also, in English, sometimes referred to as the inside channels.

How do teams get players on the ball in the half-spaces?

When a team is attacking and looking to get into the half-spaces, they need to first increase the distance between the opposition’s ball-side centre-back and the full-back next to them. That means width on the outside – usually provided by the winger or wide midfielder – is integral, as this will tempt the full-back out. A centre-forward can then pin the closest centre-back to prevent them from stepping out to press. This can help to create space for a midfielder or number 10 to receive in the half-space.

Alternatively, a winger can cut inside to attack the half-space. To do this, width is needed from a full-back or a number eight who moves out to overlap. An inverted full-back who moves inside can help to overload the half-space during deeper build-up play.

Disguised passes are a useful tool in making a team’s play less predictable, and can help access into the half-space. A player can face the touchline and reverse a pass back inside to play vertically into the half-space from a wide area, or diagonally from the central lane. This disguise gives the receiver more time and space, and so less pressure on their first touch.

Additionally, penetrative runs beyond the opposition’s back line can push the defenders deeper. This will increase the space both between the lines, and for players to receive in the half-spaces.

Which teams, coaches or players use the half-spaces best?

Silva was superb at occupying the left half-space for both City and Spain. His ability to receive between the lines, break the opposing back line with penetrative passes, and play reverse passes in behind the opposition made him one of the best creative midfielders in the modern game. In the early part of his career at City, he started wide and would come off the flank to receive in the half-space. Under Pep Guardiola, he advanced from his slot as the left-sided number eight in a 4-3-3 (below). He could also carry the ball through the inside channel from the half-space to get into a position to play a cross or cut-back into the middle.

Messi started off at Barcelona cutting inside from the right wing, dribbling across the pitch, combining with teammates, and creating opportunities to shoot at goal. He also made passes into the space in behind from the right half-space, and was particularly effective at finding runners from Barcelona’s left flank. As his career went on, it became more common for Messi to move between the lines off the ball to receive in the right half-space (below). Then, he would turn and dribble at the centre-backs, looking to get into a position to unleash a left-footed shot at goal.

Guardiola like his players to occupy all five lanes during build-up and attacking play (below). The wingers provide the width and hug the touchlines, or the full-backs rotate out when needed. The wingers’ wide positions then allow the number eights to push forward, drive through the half-spaces or receive in the half-spaces between the lines. Inverting one or both of his full-backs can lead to overloads in the half-spaces; this has the added benefit of adding extra security against counter-attacks.

Other examples of players who use the half-spaces well

What are the benefits of attacking through the half-spaces?

As the centre of the pitch is often the most congested area, the half-spaces provide the next best option as a route to goal. The ball can be moved on in any direction from a half-space, and finding a route into the central lane – the most dangerous area – is far easier than it is either with a vertical pass from a deeper position in the central lane or with a long diagonal from out wide.

From an advanced position on the ball in the half-space, passes can be played to an overlapping player out wide to cross, to a forward running into the space beyond the opposition back line, or into the central lane.

It is also possible to play diagonal passes, either to the near-side wide space or a switch of play towards the far side. These are more difficult for the opposition to deal with, and likelier to find a player who can receive facing forwards.

Although diagonal passes can also be played from the central lane, these only ever move the ball away from centre of the pitch. Diagonal passes from the half-spaces can be played towards the opposition goal or into wide areas.

What are the disadvantages to attacking through the half-spaces?

The half-spaces can be difficult to access in advanced positions. Even when a team does find a player in a half-space between the lines, they can be crowded quickly by opponents. As a result, only the most talented players can be truly effective in the half-spaces. Players need to be aware of exactly what is around them and be able to control the ball quickly and effectively. They must also have the vision and ability to move the ball into an even more threatening position.

Furthermore, it is difficult to score directly from the half-spaces. Players and teams almost always need to make another action – a pass, cross or dribble – before creating a realistic attempt on goal.

What are the alternatives to playing through the half-spaces?

Teams or coaches that do not put an emphasis on playing into the half-spaces may favour more direct play. These teams may not have the quality of player required to get the ball under control in crowded half-spaces in the final third. Such teams may also look to progress down the flanks and put crosses into the penalty area from wide.

Some coaches divide the pitch into even more zones than the five lanes mentioned above. The pitch can be divided into thirds, with each third split into six smaller zones, as shown in the below image. For a coach who is not as concerned with the half-spaces, Zone 14 is often considered the most important area of the pitch on which to focus attacking play.

How do teams and players defend the half-spaces?

A back five – with three central defenders – can help plug the gap between a full-back and centre-back in a back four. This can be helpful in countering against the threat of a player in the half-space. An extra centre-back can also stop penetrative through balls going into that gap in a back four. This also means a defender can step out to press any opponent who gets on the ball between the lines.

Compactness is even more crucial in teams that play with a back four. Here, gaps between defenders can allow opponents to penetrate into the half-spaces, either with dribbles or passes.

With only four players in the back line, it is riskier for a defender to step out and engage a player who receives between the lines. This means that midfielders are needed to recover once play has gone out wide, to prevent the opposition playing back inside and finding a player in the half-space. Midfielders may also be needed to cover for a defender if they have to leave their slot to track a run made through the half-space beyond the back line.