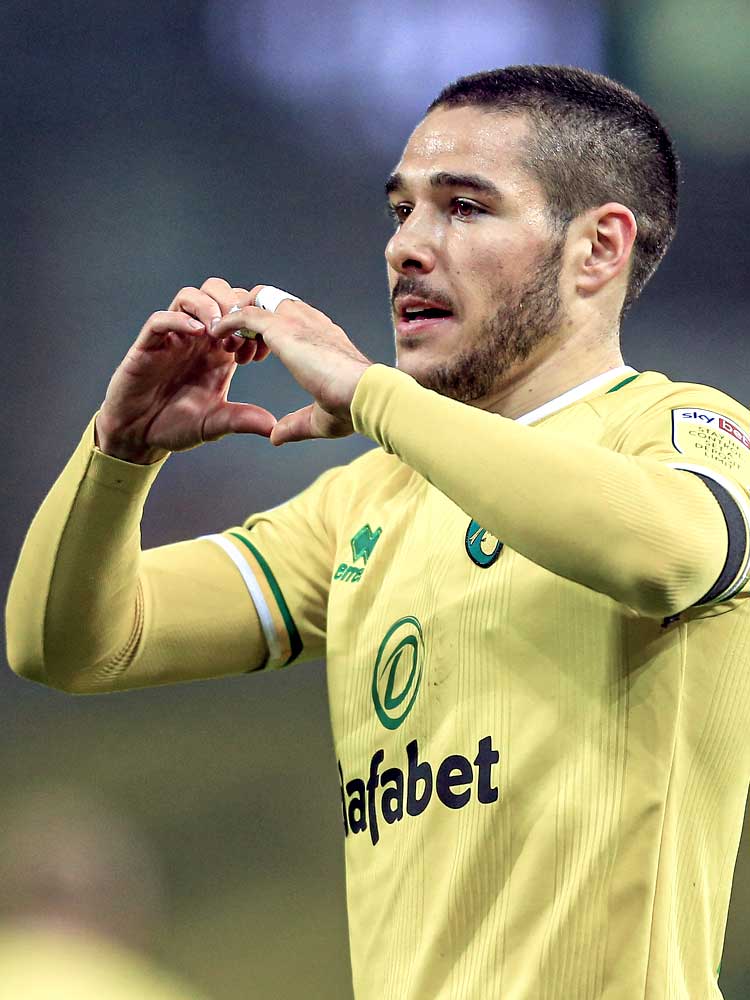 Profile
It says much about his reputation that Aston Villa invested a club record £33m to sign Emiliano Buendía from Norwich in their attempts to strengthen an already potent attack led by Ollie Watkins and Jack Grealish. The Argentinian, 24 at the time of his transfer in June 2021, signed a five-year contract, and could yet prove the player required to transform Villa into a team capable of challenging for European competition for the first time since Martin O'Neill's reign ended in 2010.

"We are delighted to have made such an exciting signing," said Dean Smith, the manager responsible for giving his club a sense of stability they lost when O'Neill resigned. "Emiliano is equally capable as a wide attacker or as a number 10 and is a great addition to our attacking options."

Tactical analysis
Buendía is a creative attacking midfielder who is as capable of drifting to receive between the lines as he is at creating while wide. He delivers accurate forward passes into those making runs in behind defences (below), and times those passes particularly impressively, ensuring he is even more effective if he has large spaces behind a high defensive line to aim into. If he is instead confronted with a more compact defensive block, he adjusts to deliver subtler passes through or over that defence to ensure that his target can still run on to the ball.

Regardless of the nature of his pass, Buendía's weight of delivery consistently impresses. His admirable variety exists largely because he so rarely over or underhits his passes, ensuring that he succeeds both when attempting to penetrate forwards, and when simply attempting to maintain possession for his team. For someone who has mostly featured as a wide attacker, his passing range is very good, as he demonstrates by using both feet as impressively as he does when dribbling and combining with teammates. If his right foot is the better of the two, his left foot regardless remains strong.

Buendía also poses a threat on goal beyond his ability to create. He can accurately shoot from range – often favouring driven efforts after moving infield to receive the ball – and, though not short of pace, is at his most threatening when drifting into central territory without the ball in an attempt to receive in more promising positions.

He therefore regularly shoots when defenders remain between him and the goal (below), and while under pressure – often from more than one angle. He, regardless, has scored with both feet, and often remains determined to execute his low driven shots regardless of the direction pressure is coming from and the foot he therefore needs to use.

There are occasions when, should attacks be developing on the opposite side of the pitch, Buendía advances further forwards to provide a simpler, close-range finish. There have even been others when he has moved in behind to operate as his team's most advanced attacker, but because of his desire to drift across the pitch and to receive between the lines, those occasions are rarer.

When his team is without the ball, Buendía is at his most effective in the moments after possession is lost. He is a competent presser (below), and aggressively duels for possession when he is the one who has conceded it. That same desire is also demonstrated when his closest teammate has lost the ball, when his ability to accelerate over a short distance makes him capable of covering forward passing options and to at least delay attacks.

Role at Norwich
Buendía nominally featured towards the right of Norwich's 4-2-3-1, but their grasp of possession – they averaged 60 per cent across 2020/21 – meant their attacking structure regularly changing and Buendía therefore operating at the centre of their attacks. He regularly moved infield (below) to receive beyond the opponent's midfield and to encourage Max Aarons to overlap into advanced territory from right-back, often then combining with Kieran Dowell or Mario Vrancic and Todd Cantwell from the right inside channel.

He also moved to operate in behind the direct Teemu Pukki,  who is at his best when on the last shoulder of his opposing defender. Pukki's bending runs complemented Buendía's forward passing, which he often aimed to between his opposing central defender and full-back for the striker to chase. Similar passes were also played into the path of Aarons, whose priority was then to cross into the penalty area.

With Cantwell also moving infield from the left, and Jacob Sorensen overlapping from full-back, Buendía often had numerous passing options and occasionally used them to switch play. The ability to play off both feet ultimately invited him to vary his movements, to the point of operating as Norwich's number 10 while he, Vrancic and Cantwell rotated behind Pukki.

Oliver Skipp and Kenny McLean covered both behind Norwich's front four from the base of midfield and behind their full-backs as they advanced; McLean also offered off-the-ball runs towards the left when Cantwell had withdrawn into deeper territory to receive or Sorensen had resisted attempting to overlap. If he therefore became the target of Buendía's passes, he demanded more penetrative balls because of his preference to run beyond and into central territory, in contrast to Cantwell, who favoured receiving to feet.

Similarly to Cantwell, towards the right, Buendía often adopted deeper positions to receive possession through the right inside channel, doing so after one of their defensive midfielders had withdrawn into central defence, and he therefore became the player to link defence to attack.

For all of his potency from between the lines, by moving into those deeper positions his versatility and passing range meant him providing longer-range passes into Pukki's direct runs, and switching play towards the left. Buendía concluded 2020/21 with a combined total of 31 goals and assists from his 39 appearances for Norwich, enhancing his reputation as a player to both score and create, and to be influential from across the pitch.