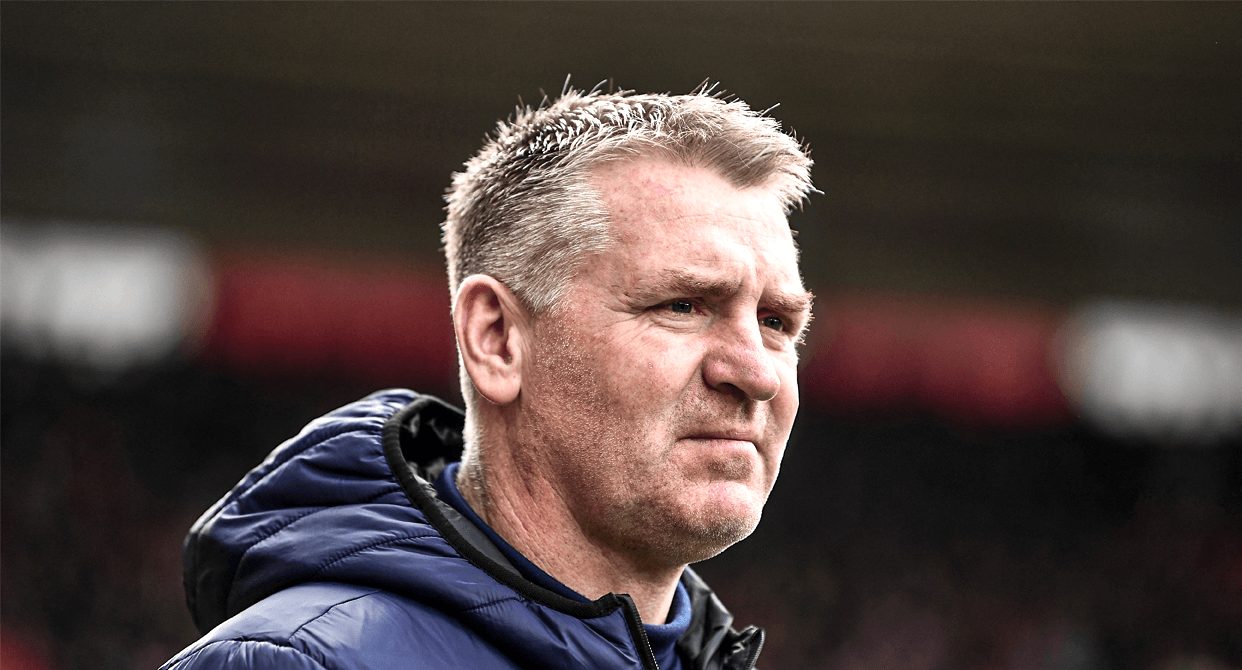 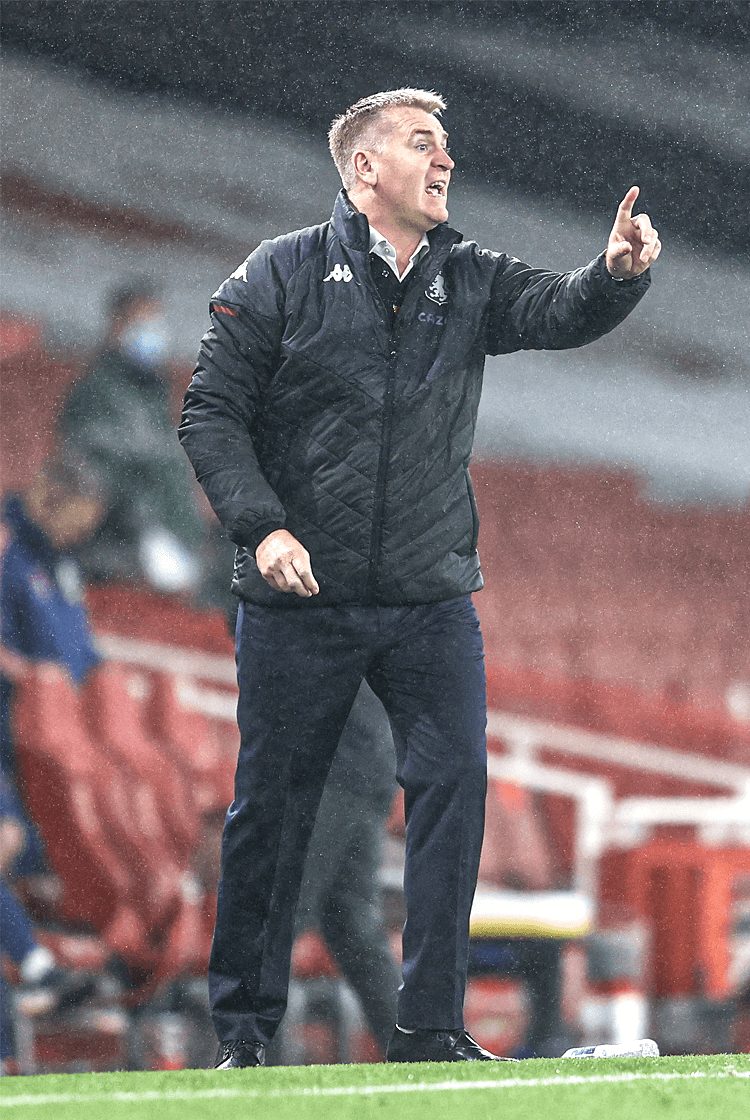 Profile
In Dean Smith and Jack Grealish, Aston Villa have a manager and captain who have supported the club for as long as they have followed football. Grealish has long been their most inspirational figure, but in Smith they have a progressive manager, and one who has brought them a sense of stability absent since the days of Martin O'Neill.

Smith not only led Villa to an unlikely promotion from the Championship during his first season, he oversaw their successful battle against relegation and the progress that since then has made them one of the Premier League's most improving teams. He has also done so by gambling in the transfer market, and creating a promising system in which the influential Grealish can consistently thrive. "They're playing like a real team," said the retired Paul McGrath, once so important to Villa in central defence. "I love this high pressure football. Dean, continue the dream."

Playing style
In addition to brief experiments with a back three, at Brentford, Smith oversaw a proactive, attacking 4-3-3 or 4-2-3-1 that in 2016/17 ensured they were the fourth highest goalscorers in the Championship. A single or double pivot featured in front of central defenders who split as the full-backs outside of them provided width and attempted to build play, but largely resisted overlapping forwards. Their wide forwards remained wide and, if attacking with a 4-3-3, their attacking central midfielders advanced particularly high (below).

The distance between the two lines of their midfield tempted opponents to press high and with numbers. If they did so, Brentford adjusted their 4-2-3-1 through both of their defensive midfielders contributing to their attempts to build, their number 10 operating towards one side of the pitch, and their striker moving to do so from the opposite inside channel. If instead confronted with a deeper defensive block, the single pivot in their 4-3-3 supported their two attacking central midfielders in a system that prioritised breaking lines via passes in the midfield third; there were also occasions when their back four and goalkeeper contributed to their attempts to build possession, often via switches of play. The versatility of Romaine Sawyers and Li Ke, who when needed featured as both the second defensive or attacking midfielder, therefore proved as valuable as their striker Scott Hogan's ability to play with his back to goal. Jota, Josh Clarke, and Sergi Canós, from their starting positions as wide forwards, held their width until attacking through the inside channels – something they did more consistently from their 4-2-3-1.

During Smith's reign as their manager, Brentford increasingly built and attacked with a greater number of passes, and offered rotations that involved their attacking midfielders overlapping outside of their wide forwards when they had moved infield. Ollie Watkins was particularly influential when drifting from a starting position wide on the left to operate as a secondary striker in support of Neil Maupay, who like Watkins has since established himself in the Premier League; him doing so also contributed to them overcoming the lower blocks that became increasingly common as they played more passes.

A 4-3-3 and 4-2-3-1 have similarly provided the foundation for much of the progress seen with Villa, but Villa have offered greater variety. Where Brentford were so often most creative from the centre of the pitch, Villa provide an increased number of crosses because of the extent to which they attack around the outside of their opponents. Grealish and John McGinn, who remain among their most significant players, were their two most prolific dribblers throughout 2018/19, when they consistently offered forwards runs that led to them combining into the wide forwards outside of them before supporting their starting striker.

Crossing play remained a prominent feature after their return to the Premier League – they recorded the competition's fifth highest total throughout 2019/20 – but they evolved so that many of those came from their advancing full-backs Ahmed Elmohamady, Frédéric Guilbert, and Matt Targett. With Grealish given a new starting position wide on the left (below), Targett regularly overlapped around him from left-back; from the right, their width was more consistently held until their right-back delivering a cross meant their right-sided forward attacking the penalty area and striker drifting towards the far post.

During 2020/21 they evolved again. Their attacks became less open, and more direct, and they demonstrated improved game-management that has meant that even though many of their divisional rivals place a greater emphasis on counter attacking, Villa's counters are among the most efficient in the Premier League.

Matty Cash, recruited during the summer of 2020, regularly provides crosses from right-back, and Watkins, who arrived during the same transfer window, has enhanced their attacking potential with his ability to receive possession on the move and to make unselfish runs intended to draw opposing defenders out of position. The on-loan Ross Barkley has contributed further forward runs, and proved better suited to running from box to box than McGinn and Conor Hourihane.

With diagonal runs being made infield by their wide forwards during counters – when Watkins' wide movements also contribute – and Grealish moving on to his stronger right foot, Villa are able to attack in different directions instead of the straight lines they were once more reliant on (below). Increasingly they offer greater creativity, and often do so immediately after regains.

Defending and pressing
Brentford's impressive ability to create goalscoring chances despite them being underloaded contributed to them being less effective when attempting to press high. Too often it meant them lacking numbers around the ball when possession was conceded, and therefore them struggling to apply a counter-press. Their attacking approach also contributed to their opponents creating numerous chances – it was also in 2016/17 when they conceded more league goals than three of the teams that finished in the bottom six. When Brentford's wide forwards moved infield, their attacking midfielders advanced, forcing their full-backs to cover the wide areas in isolation until their midfield had recovered their defensive positions.

During lengthier periods of defending, a disconnect also existed in their wider press that meant them struggling to contain those who attacked with width. When their full-backs and a defensive midfielder responded to press those wide areas with aggression to support the teammate in front of them, those wide areas were strengthened, but at the expense of security in the inside channels.

Smith thereafter introduced a more aggressive higher press (above) intended to negate attacks higher up the pitch and that succeeded to the extent that in 2017/18 they recorded the Championship's third highest number of regains in the final third. His attacking midfielders advanced to alongside their narrow attack, their back four became compact and, whether one or two defensive midfielders were used, their responsibility was to cover and limit the spaces that existed where possession was conceded.

Watkins and Maupay added mobility and energy in the final third, where they formed the first line of Brentford's press. Demonstrating a willingness to also press from behind the ball when possession was conceded in midfield, they similarly sought to deny opponents the opportunity to play backwards and reorganise.

After reaching the Premier League, Villa mostly defended with mid and lower blocks but, as with Brentford (above), were vulnerable if opponents built with width, and largely because of their full-backs' attacking freedom. Even if their starting formation was a 4-3-3, they regularly defended with a double pivot via McGinn or Hourihane withdrawing to alongside the influential Douglas Luiz, and though that double pivot has remained consistent (below) since 2019/20 they have become more compact, and offered a slightly higher defensive line.

Villa's defence doesn't squeeze up to the same extent as did Brentford's, but they engage more on the front foot, and there are occasions they press as individuals into midfield, instead of backing off and encouraging opponents to gain territory. To that end, Tyrone Mings and Ezri Konsa represent a balanced central defence; both are capable of providing the first line of pressure and cover behind that pressure, and are essential to Smith's aggressive back four.

By ensuring possession remains in the midfield third for longer, their midfielders are also invited to delay and press attacks, and their full-backs to recover their defensive positions, from where Cash and Targett are effective at defending as part of a compact back four and succeed in reducing the vulnerability that previously existed. With the distance between Villa's midfield and front three also reduced, opponents consistently find less space between the lines.

Fewer passes are being played into Villa's penalty area, and largely because of the increased, earlier pressure opponents are confronted with. They do, however, concede more space in behind, and can therefore be troubled by early passes played into those areas.