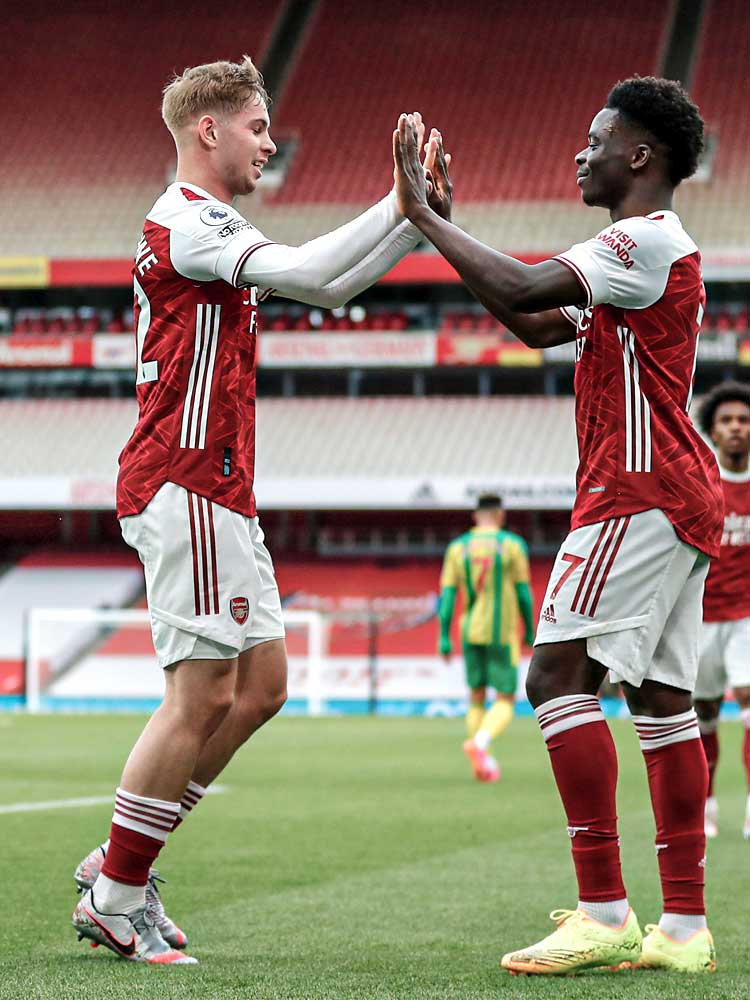 One year ago, The Coaches’ Voice preview to Arsenal’s 2019/20 noted how they had conceded far too many shots in the previous campaign – the fifth-most in the Premier League, to be precise. The challenge ahead of 2020/21, therefore, was to plug the gaps at the back.

In that quest alone, Arsenal's manager Mikel Arteta succeeded. Arsenal conceded the sixth-fewest shots in the Premier League in 2020/21, and had the third-best defensive record behind Manchester City and Chelsea, with only 39 goals conceded in the entire campaign. It was an impressive improvement on the year before. The addition of Ben White in defence for this season will only improve things further.

The problem, however, was that Arsenal sacrificed too much at the other end of the pitch. They scored only 55 goals, and their expected goals total for the season of 53.5 suggests they should have scored even fewer. Clearly, that is where improvement is needed – Arsenal need to be making more chances.

A team boasting the creative talents of Bukayo Saka, Emile Smith Rowe, Nicolas Pépé and Kieran Tierney, plus any other attackers that Arsenal sign before the end of the transfer window, should be able to create more goalscoring opportunities for Pierre-Emerick Aubameyang and Alexandre Lacazette than Arteta’s side did last campaign. How exactly that happens remains to be seen.

Arsenal have put in many of their best performances under Arteta in a 3-4-3 formation, and they have plenty of options should he choose to play in that formation next season.

Tierney’s versatility means Arsenal can be fluid in this formation. He can either play as a roaming left wing-back with plenty of licence to attack, or as a left-sided centre-back who makes underlapping bursts into the opposition's penalty area. In doing so, Arsenal can leave their two other centre-backs as their deepest players, with central midfielders Granit Xhaka and Thomas Partey forming a central box that should be able to provide sufficient defensive security against counter-attacks. Neither Xhaka nor Partey poses a big enough threat in the opposition box to justify running beyond the ball very much at all.

In their front three, a 3-4-3 formation would allow Saka and Smith Rowe to play in between the lines and move into central areas where they are most dangerous. Arteta could also play Aubameyang as an inside forward who runs beyond the centre-forward, or Pépé as a winger who hugs the touchline and stretches the opposition.

There has been plenty of overhaul at Arsenal in recent years, as Arteta attempts to stamp his mark on the squad, and in many regards they are still in a period of transition. However, their attackers have played enough games together and there is enough talent in the squad that chances and goals shouldn’t be so hard to come by. Having shored up his defence, the team's efficiency in attack will and must be what Arteta is judged on this season.