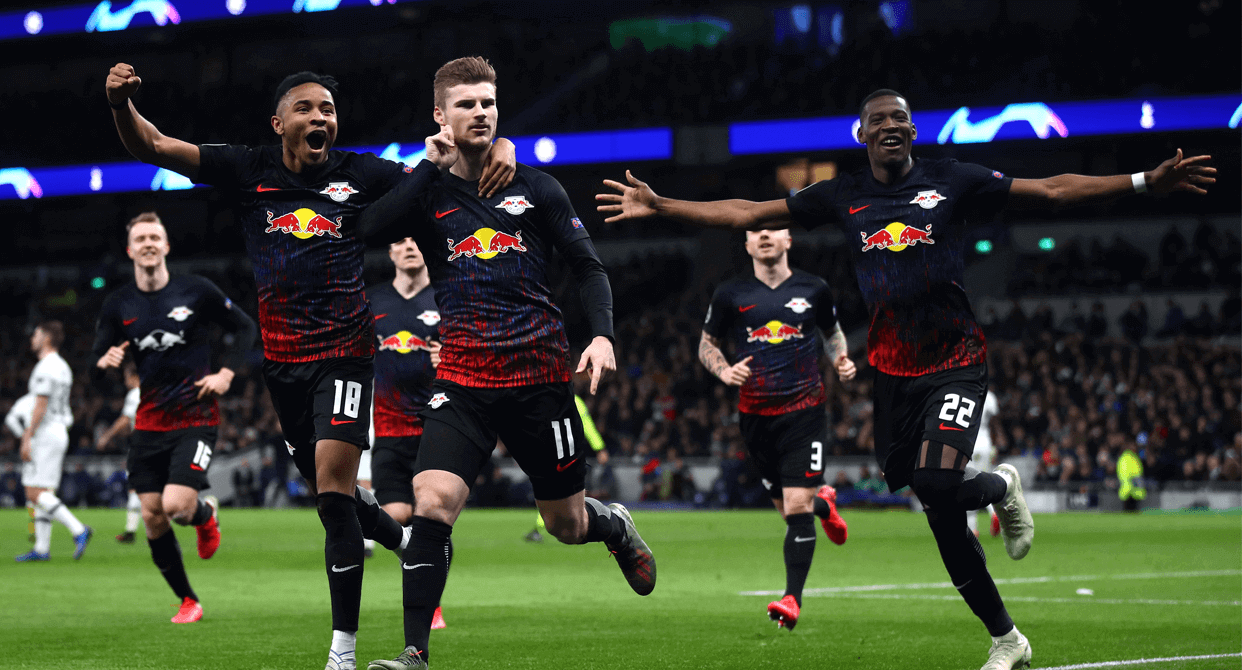 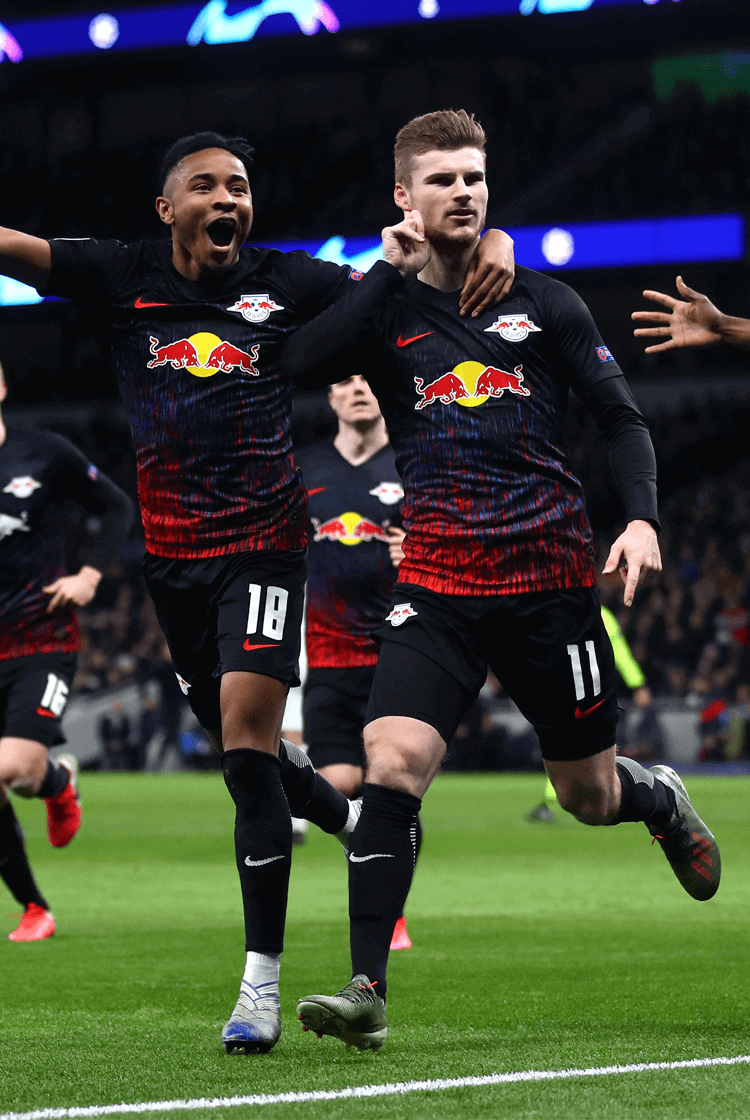 Tottenham's hopes of progressing to the quarter finals of the Champions League were threatened by a 1-0 defeat at home to RB Leipzig. Timo Werner scored the visitors' winning goal from the penalty spot, but injuries to Son Heung-min and Harry Kane undermined Spurs' pursuit of equaliser, and to the extent that perhaps only Hugo Lloris' performance means they remain in contention ahead of their round of 16 second leg in Germany. “This is our situation, it’s like going to a fight with a gun without bullets,” said the hosts' manager José Mourinho. “We have on the bench one attacking player that didn’t train once with us and is a winger. We are in a very difficult situation so I am so, so proud of the players. We are really in trouble. I knew (Erik) Lamela could only give us 20 minutes and I knew (Tanguy) Ndombele could not play for 90 minutes. I tried to manage the pieces I had. Lucas Moura was absolutely dead, Steven Bergwijn was absolutely dead and Giovani Lo Celso was absolutely dead." 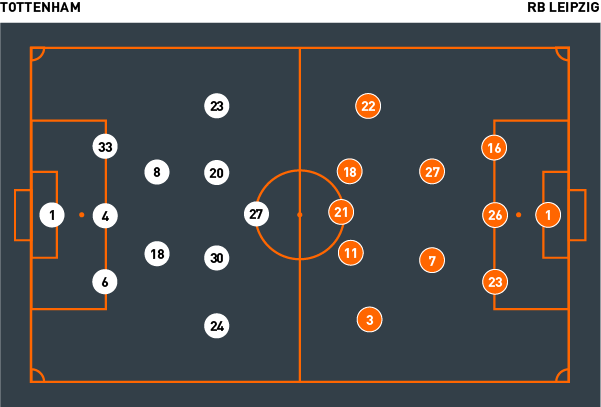 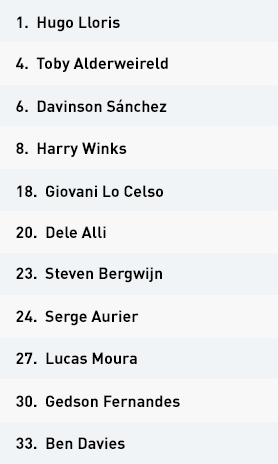 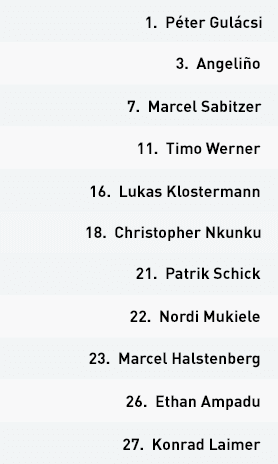 In the absence of the injured Son Heung-min and Harry Kane, José Mourinho was forced to be imaginative with his team selection, and he therefore set Tottenham up into a 3-2-4-1 formation while they had possession. Serge Aurier advanced on the right of that structure to join Gedson Fernandes, Steven Bergwijn and Dele Alli behind Lucas Moura, who featured as their central attacker. Their visitors RB Leipzig defended with a 5-2-3.

Spurs had difficulty establishing control during the first half, owing to Leipzig’s dominance of possession, and during transitions. When they succeeded in winning the ball their actions tended to be rushed, and the outcome was that their passes often lacked quality, which created pressing triggers for Leipzig to regain possession. On the occasions when Spurs were closer to achieving the control they desired they often played long passes in behind for their forwards to pursue, but this approach proved ineffective. Those passes were too often overhit which, when combined with their attackers’ ineffective movement, meant that Leipzig's central defenders were rarely troubled.

The visitors' press was aggressive, and they often ensured that they applied it in the attacking half. They often forced play out wide towards an opposing defender; once they did so the relevant wing-back would advance to close that defender down while a wider press forced Spurs into playing long, ineffective balls by restricting them to a limited area of the pitch.


Their counter-press was particularly influential in preventing Spurs from settling during the first half, when central midfielders Marcel Sabitzer and Konrad Laimer worked to deny the in-possession player the time he required to scan the pitch and pick out a pass. The introduction of substitutes Tanguy Ndombele and Erik Lamela contributed to Giovani Lo Celso moving towards the right of their midfield – and drifting inside when Aurier advanced – while Ndombele joined Harry Winks in its centre.

Lo Celso had been one of Spurs’ more productive players, and his more advanced role encouraged him to pose a greater threat in the final third. Ndombele’s arrival, meanwhile, inspired Spurs’ most dominant periods, through him being proactive in possession and attempting to drive forwards, dribble past opponents, and commit those opponents to create space elsewhere.

It was during the final 20 minutes that they were at their most effective. Leipzig responded by reducing their line of engagement and pressing less intensely, but Mourinho's team still struggled to create chances of significance.

RB Leipzig were organised by their manager Julian Nagelsmann to attack with a 3-2-5 formation, against Tottenham's out-of-possession 4-4-2. They enjoyed near-total control of the first half, in which they used their three central defenders to build possession.

Those central defenders were positioned with approximately 18 yards between them, and they used their numerical advantage Spurs' front two of Lucas Moura and Dele Alli. Patrik Schick largely featured as the visitors' central attacker; Timo Werner was given the freedom to roam into wide areas and towards possession, although he largely featured towards the left of Leipzig’s attacks. Christopher Nkunku and Werner pursued spaces behind Spurs' midfield, and created overloads via quick balls into those players.

Leipzig’s positioning when they had possession conributed to their overall dominance. Their shape invited them to overload the central areas of the pitch with short distances between their opponents that led to quick combination play, and it drew their opponents towards those areas, therefore opening spaces out wide for their wing-backs. The compactness that involved also encouraged them to manage defensive transitions as effectively as they did, through an intense counter-press.

Spurs, whose four-strong midfield was fored by Steven Bergwijn and Gedson Fernandes withdrawing to alongside Giovani Lo Celso and Harry Winks, were largely passive and ineffective during the first half; had Hugo Lloris not made so many impressive saves they would have been punished. That they were more proactive in the second reduced the pressure they were under, largely because they engaged with their opponents further up the pitch.

Bergwijn and Moura pressed their opposing central defenders with greater aggression, with the intention of forcing them into a two-on-two by eliminating passes towards the free central defender. Tanguy Ndombele and Winks sought to prevent Marcel Sabitzer and Konrad Laimer from receiving possession and turning; the higher line of engagement this involved, combined with Spurs' defensive efforts, contributed to an increased number of turnovers, but they remained incapable of securing an equalising goal.