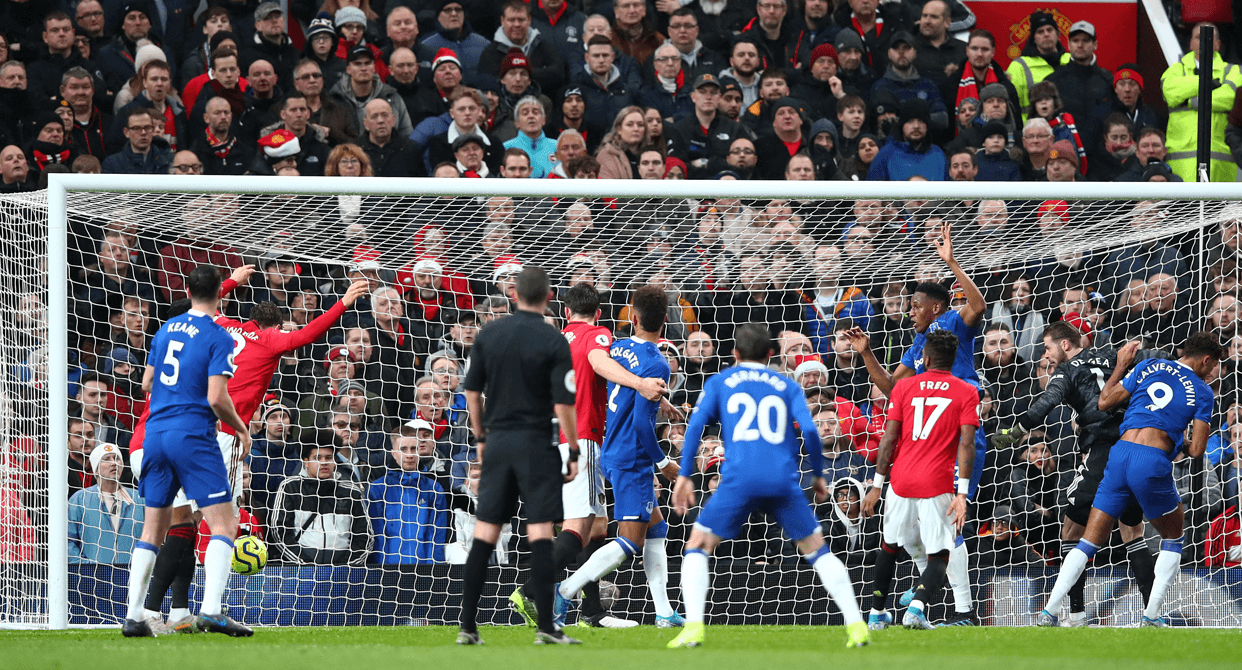 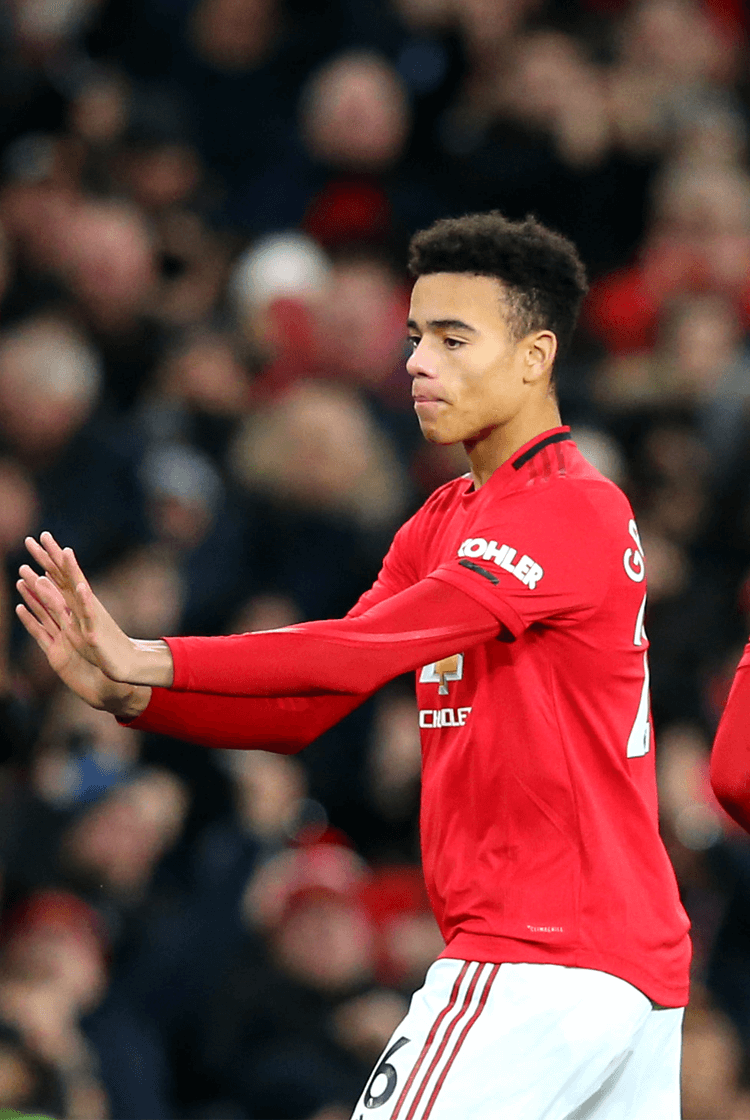 A late finish from promising substitute Mason Greenwood secured a point for Manchester United at home to Everton, who had been on course for a second successive victory under interim manager Duncan Ferguson. Victor Lindelöf's first-half own goal had given the visitors to Old Trafford the lead but Greenwood, 18, on the 4,000th consecutive fixture in which United have selected an academy player in their squad, delivered the goal that until the 77th minute had eluded Ole Gunnar Solskjær's team. The hosts, incidentally, have taken 25 points from their first 17 Premier League fixtures of 2019/20 – they had one more at the same stage of 2018/19, when Solskjær's predecessor José Mourinho was sacked. "You wanted the ball to drop to Mason, because he's so calm and composed," Solskjær said. "When he gets chances, he takes them. It is just so natural for him, he knows what to do. If you open or get close, he bends it round you. The best have that extra half second, and he does." 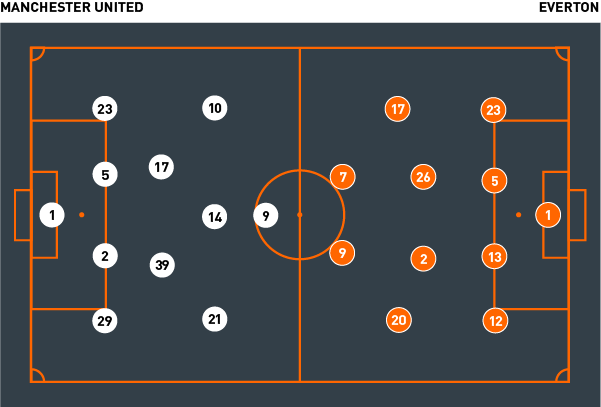 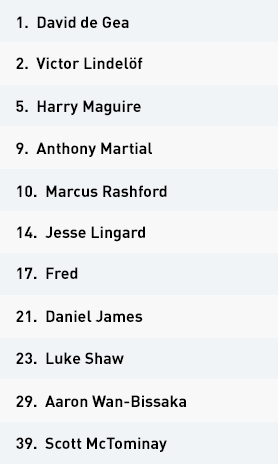 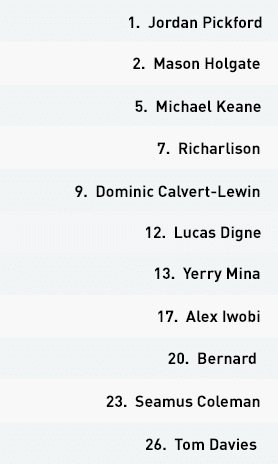 Manchester United were organised by their manager Ole Gunnar Solskjær into a 4-2-3-1 formation. Their attempts to access the double pivot provided by Fred and Scott McTominay was undermined by Everton's front two, so they instead built around the first line of the visitors' pressure, through Daniel James withdrawing to link with Aaron Wan-Bissaka, and to create a three-on-two, with Jesse Lingard or McTominay.

Marcus Rashford's advanced, narrower position isolated Luke Shaw, and meant that they could not make the same progress on the left, but given Everton's strikers sought to screen instead of press, direct balls in behind brought some success. Shaw's attempts to advance were also covered by Fred, encouraging Rashford to operate as a secondary striker which, with James' pace and directness from the right, Anthony Martial's movements away from the visitors' defenders, and the threat posed by their direct balls, led to Everton adopting a deeper mid-block.

When United were then forced to play with greater width, Rashford began to move into deeper territory to create a more consistent link with Shaw. The hosts attempted to create quick combinations from the left, inside channel, but Everton's defensive block – led by Mason Holgate, playing out of position in central midfield – largely negated their efforts. Similarly, United's narrow defensive structure frustrated their visitors, who took the lead, largely unexpectedly, after a set-piece.

Harry Maguire responded by offering further runs into midfield as Fred drifted wide to encourage Shaw to advance, and ultimately to feed Rashford, Martial and Lingard. James sought to stretch Everton from the right, and Maguire drew Everton's midfielders, ultimately creating space between the lines.

Mason Greenwood's arrival, at the expense of Lingard, gave Solskjær's team increased fluidity, through the increased potential of their front four. between the lines. James switched to the left, Greenwood played from the right, and Wan-Bissaka offered width from right-back. It was James cutting inside, driving across the pitch and finding Greenwood that presented the substitute with the opportunity he needed to score their equalising goal.

If the 4-2-4 United were increasingly playing with was easily penetrated and left them vulnerable to counter-attacks, Everton continued to lack creativity in the final third. The hosts defended well, one-on-one, and even had chances to take the lead.

In contrast to their shape under their former manager Marco Silva, Everton played with a 4-4-2 formation. Their interim manager Duncan Ferguson demanded that they start with a mid-block defensive structure, and selected Mason Holgate and Tom Davies in an unfamiliar central midfield pairing. The front two formed by Richarlison and Dominic Calvert-Lewin largely remained narrow which, with wingers Alex Iwobi and Bernard pressing the relevant full-backs to block diagonal passes inside, discouraged Manchester United from playing into their double pivot.

When the hosts therefore began to play direct balls from their central defenders, Everton adopted a deeper mid-block, limiting the spaces behind that United could pursue, and ultimately contributing to the visitors having a greater share of possession. With Davies and Holgate remaining behind United's double pivot, to prevent transitions into Anthony Martial and Jesse Lingard, Ferguson's team lacked the numbers required in the final third to pose a consistent attacking threat.

It took Iwobi and Bernard adopting narrower positions and offering third-man combinations behind United's midfield, and the awarding of set-pieces, before they proved capable of stretching their hosts. Leighton Baines' delivery from a corner was missed by David de Gea, and turned in by Victor Lindelöf.

Everton retreated into their mid-block to attempt to preserve their lead. Lindelöf and Harry Maguire advanced from central defence, and Luke Shaw and Daniel James provided crosses from wide territory but Aaron Wan-Bissaka remained in defence to discourage attempts to feed Richarlison and Calvert-Lewin. It was after United's equalising goal, scored by substitute Mason Greenwood, that Everton began to adopt a 4-3-3 in their brief periods of attacking play.

Iwobi, playing more centrally, and Davies created spaces between United's central defenders and full-backs, but the creativity Everton required in the penalty area continued to elude them, largely because their hosts' potential during transitions discouraged Ferguson from committing further numbers to those attacks. Richarlison increasingly attacked from the left, but still there was too little threat on United's goal.