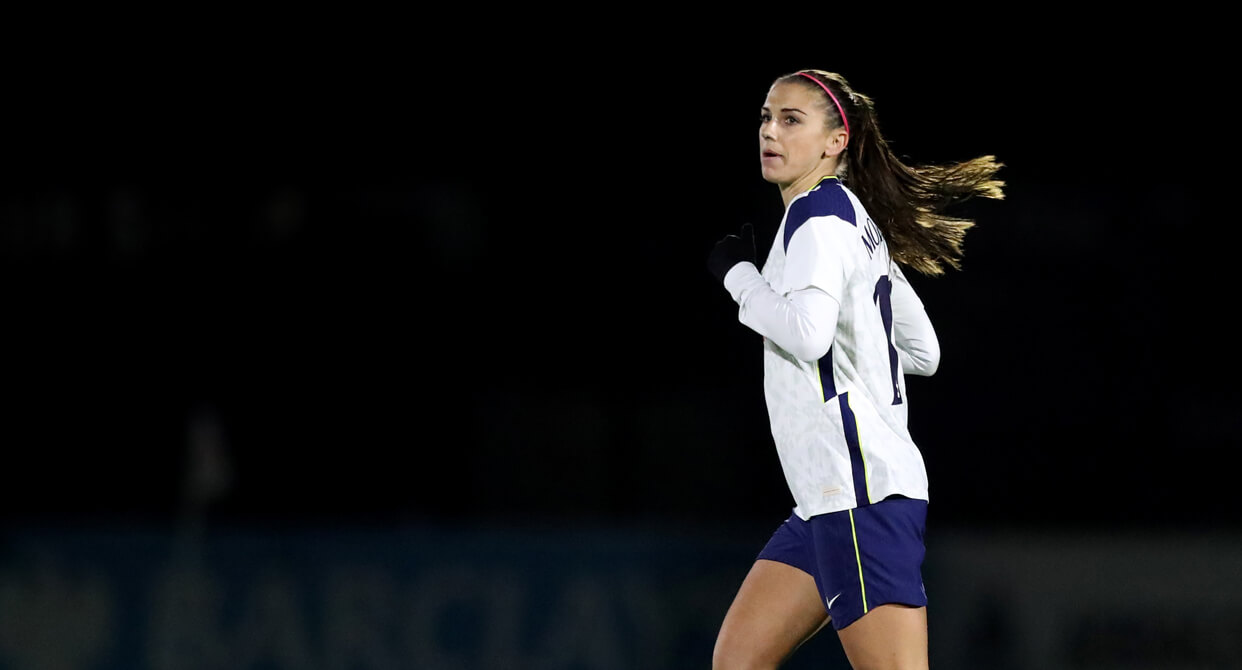 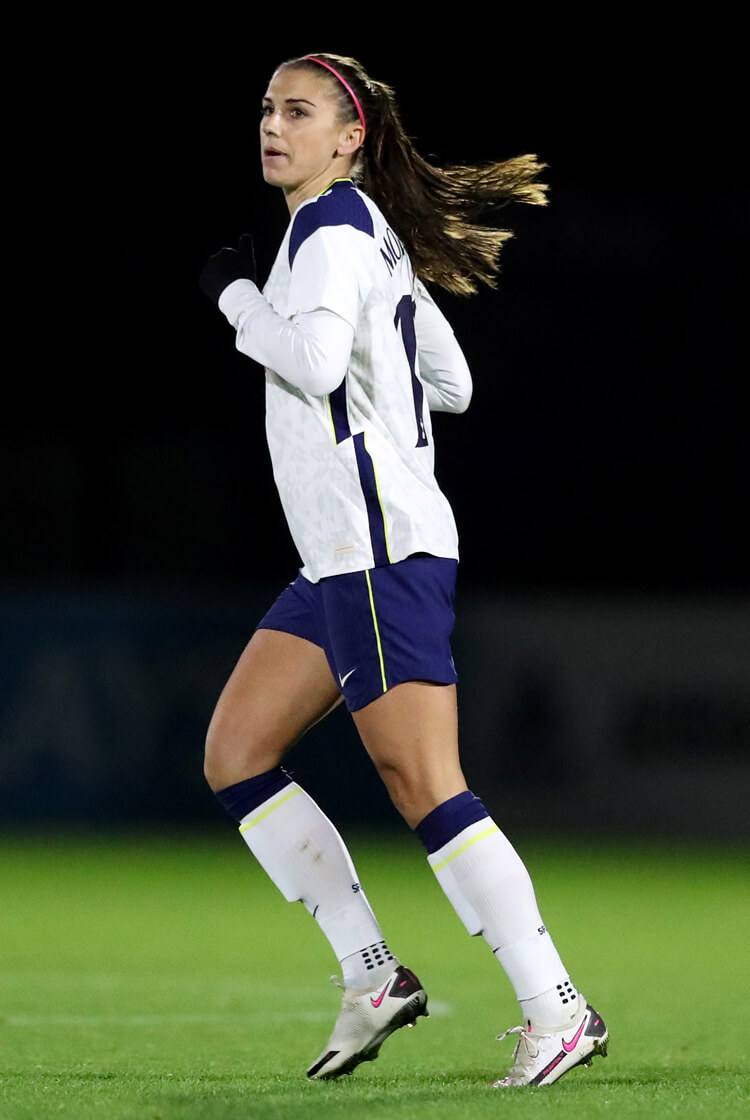 Profile
England’s run to the semi finals of the 2019 Women’s World Cup in France was ended by a United States team that went on to retain their title under an English-born head coach in Jill Ellis. It is a sign of how far the FA Women’s Super League has developed in recent years that no fewer than five of Ellis’ victorious team have since moved to play their club football in England.

Four of those five are split across the two Manchester clubs: Sam Mewis and Rose Lavelle play for Manchester City, while Tobin Heath and Christen Press are across town at Casey Stoney’s Mancester United. But the arrival that perhaps captured the imagination most was that of Alex Morgan – the star American forward and joint top-scorer in France, a crossover talent and one of the select few women to have scored more than 100 international goals, who signed for Tottenham Hotspur in September 2020.

The 31-year-old, who was also named one of Time magazine’s 100 most influential people in 2019, made her first appearance off the bench against Reading in a WSL fixture in early November. She is initially contracted to stay until the end of the year, with the possibility of an extension into 2021.

Tactical analysis
Morgan operates mainly in one of two positions on the attacking line: as a centre-forward or wide on the left. In both positions she offers significant threat through her express pace, which makes her particularly dangerous at attacking transitions. The intelligence and timing of her runs, combined with her change of pace when in possession of the ball, mean she can be deadly on the counter-attack.

Whether on the left or in central areas, Morgan is a strong presence in the final third who always guarantees attacking depth – she is superb at making intelligent runs in behind opposition defences (above), but equally happy dropping into the channels to combine with teammates and generate overloads in dangerous areas (below).

When playing as a left-sided wide attacker she often looks to play on one touch, although she is a good dribbler who can give defenders nightmares in one-on-one situations. She doesn’t always need to beat her opponents, however – her crossing has improved to the point she can look to whip balls in from deeper if the chance arises.

As a central striker, she is adept at finding space in which to receive away from her marker, and using her body strength and shape in a way that allows her to both see and then combine with teammates making attacking runs off and around her. At 5ft 7ins, she can also be a threat in the air – although this is perhaps an area of her game that hasn’t always been the most visible.

As befits an international with more than 100 goals for her country, Morgan is perhaps above all a ruthless finisher who is brilliant at finding a yard of space between defenders – and then even better at applying the final touch to a move near to goal (below).

This was seen to great effect at the 2019 Women’s World Cup, where she operated as the central striker in a 4-3-3 formation, most often supported from wide areas by captain Megan Rapinoe and Tobin Heath. Her versatility does lend itself to different formations, including the 4-2-3-1 or even 3-5-2 shapes used by multiple European champions Lyon, with whom she enjoyed a short but successful spell in 2017.

Morgan has a mainly attacking profile, of course, but she is effective out of possession, too. She is a tenacious presser when fighting to recover the ball, but works intelligently and in co-ordination with those around her to press in an ordered and structured manner (below).

Role at Tottenham
Morgan signed for a team co-managed by Juan Amoros and Karen Hills, but the pair were replaced by England assistant coach Rehane Skinner within two months of her arrival. Skinner had herself only stepped up into that role as recently as September, having previously been in charge of the England Under-21 team. Whether she maintains the single-striker approach favoured by her predecessors at Tottenham – and indeed Phil Neville with the England senior team – is yet to be seen, but Morgan’s ability to play wide as well as centrally does give her manager options in a 4-2-3-1 or 4-3-3 shape.

Tottenham are not short of attackers, with Rianna Dean, Angela Addison and Rosella Ayane all competing for starting places, but goals have proved hard to come by in the first few months of the 2020/21 WSL season. Defender Ashleigh Neville was the only member of the squad to score more than one goal in the team’s opening seven league fixtures, so there is an opening for a proven talent such as Morgan to come in and make her mark as a goalscorer. It is something she has been doing for more than a decade with the United States, after all.