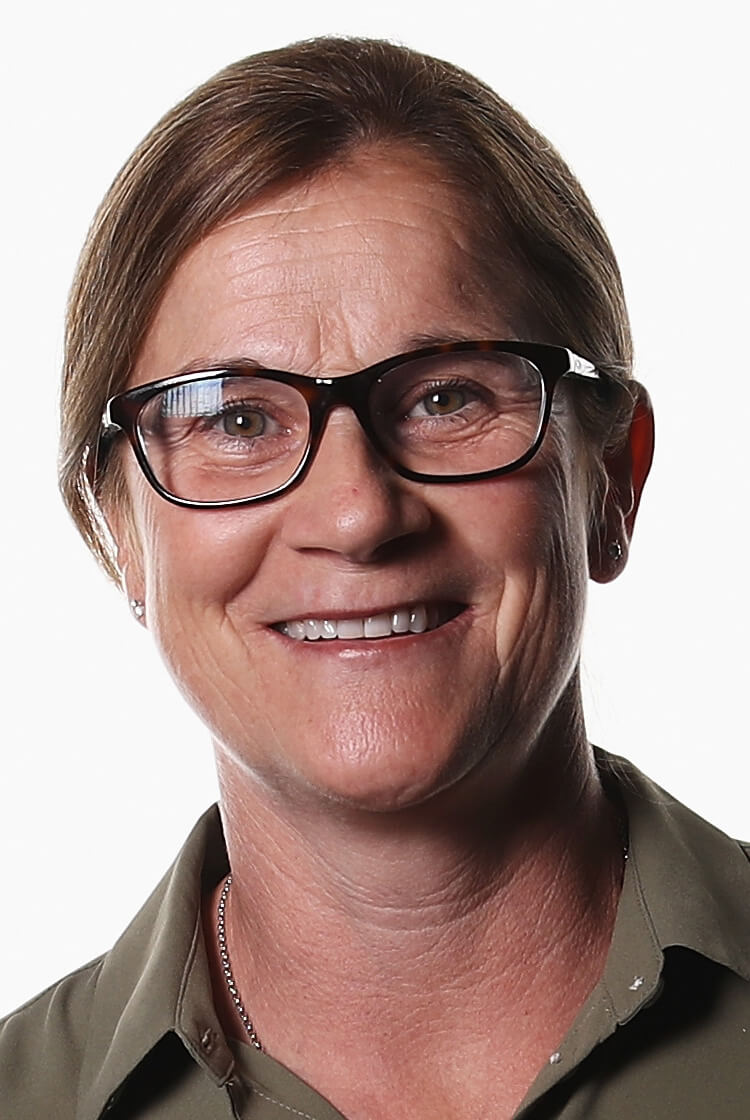 “Part of what I will do is make this journey uncomfortable for you, because the greatest teacher is adversity.”

It was my first meeting with the players after I had been hired as head coach of the United States Women’s National Team. And that is what I told them.

Straight off, I said: “Where we are today isn’t good enough to win next year.”

They embraced that mindset, because elite players want to be pushed. They want to keep climbing because they live for the challenge.

A few months after that first meeting, we took the team to a tournament in Brazil where the logistics were challenging. We had a game cancelled due to weather, it was hot, pitches were underwater and we got booed by 10,000 fans.

At the end of the trip, I explained that we went down there because we had to learn to deal with every curveball that is thrown at us. There are always adversities, and the difference between winning and losing at the top level is an ability to not only deal with those adversities, but thrive in those situations.

It’s something you have to learn as a coach, but that’s all part of the adrenaline rush – the hook – of letting your work play out in front of you. Without those curveballs, I wouldn’t be a coach.

I love the unknown element of it.

What’s funny is that if you’d asked my college teammates if I’d be in the position I’m in today, they would all have said no way. I was shy, reserved – even at William & Mary (university).

But I had a love for football that was fostered in England, where I was born, and I brought it to the USA when I was 16.

I grew up watching Manchester United, idolising Lou Macari and Steve Coppell. I remember kicking a tennis ball around the backyard with my brother, with flower pots as goalposts, and joining in with the boys in the school yard.

"I want to be in an environment where I’m forced to work very hard to be successful. That makes it more rewarding"

My dad was a Royal Marine Commando, but he was also a coach for the Football Association, working with the Combined Services side. I spent a lot of time at football grounds on the sidelines, watching him work.

I didn’t realise it until much later, but all that time spent in a competitive atmosphere fuelled that passion for sport in me.

I never thought about playing in any serious way, though, because at that time there was no real chance of that happening for girls in England.

When I moved to the States, that all changed. I joined a girls’ football team for the first time in my life and threw myself into the game. I started to understand and appreciate the benefits of being on a team.

That’s when my dad’s influence became even more important. He was running an academy in the Washington DC area, and I’d watch him work with everyone from 20-year-old men to seven-year-old girls. He had the ability to connect with them all, to make the game interesting and fun, and engage them in what he was doing.

I was in awe of that.

It stuck with me – taught me early on that it is about connecting with players, no matter what their age.

I came to appreciate that even more as I worked my way up as a coach. From club soccer to college and Youth National Teams, I got a real insight into every level of soccer in America.

I pride myself on coming through all those levels of the game in the US, but in 2000 I became intoxicated by international football.

I went to the Sydney Olympics to scout for the US team. I saw different styles and different kinds of players and teams. I studied the nuances of the tactics and systems, and it gave me a whole new appreciation for how good other countries are.

All I could think was: “Wow, this is just a great environment to be in.”

"This team was number one in the world when I was hired, but I felt we had to be better to win the World Cup"

I was impressed by the commitment of other countries to close the gap with the resources they were pumping into women’s football.

It didn’t happen overnight, though. We saw it coming over the years.

Now, among the top teams, there’s no gap – and that’s the world we want to live in, because the better other countries are, the better it forces us to be. I want to be in an environment where I’m forced to work very hard to be successful. That makes it more rewarding.

I dug into all aspects of our national team environment: personnel, preparation, staff, players, you name it.

I even looked at the teams we’d played in the 12 months leading up to each of the last three World Cup tournaments. Every detail mattered to prepare to win in Canada. We hadn’t won in 16 years, so I asked myself: “Maybe doing the same as we did in the past was not the blueprint?”

This team was Olympic champions and ranked number one in the world when I was hired, but I felt we had to be better to win the World Cup. There was a phrase that really resonated with me.

“Even if you’re on the right track, if you sit there, you’ll get run over.”

I put up that quote in my first meeting with the players, and for the next 12 months everything I did was aimed at pushing us further along that track. It’s a philosophy our team embraces every day: this team will never be satisfied.

In 2015, we played probably the most competitive schedule ever during a run-up to a world event. We played Brazil and Japan. Then, after a pretty intense training camp in January, we took them over to Europe. We beat England 1-0 but lost 2-0 to France.

I credit the players because they had to dig deep. This team doesn’t lose a lot, but we got played off the park by France that day.

"My dad said to me when I got into coaching: ‘Coach the game, not to keep your job’"

I knew that period would teach us so much about ourselves. That the experience would pay us back. But it was about walking that fine line between making sure we had a humility and a hunger about us, and not going too far either way. The last thing you want is for players to lack confidence going into a World Cup.

When we got to the Algarve Cup in Portugal in March, things started to click. We got to the championship game and defeated France 2-0, beating the same seam we’d lost to a month before by the same score.

What we’d done, by going through those experiences in the previous six months, was to raise the internal pressure among the team.

It had been challenging. We’d lost games. Looked at different tactics. Nailed down our principles.

After the Algarve Cup, that internal pressure decreased and the external pressure increased. You prepare for that. As the head coach, I’d known what the expectation levels were from the start. If that’s something you can’t deal with, then don’t take this job, because you know going into any tournament that silver is not enough.

My dad said to me when I got into coaching: “Coach the game, not to keep your job.”

Coaching is not a stable profession but, again, the unknown is what I love about it.

My personal expectations are incredibly high, and I know when I haven’t hit the marker. I don’t need anything external to tell me how I’m doing or how successful or unsuccessful I’ve been – the game does that for you.

I don’t read stuff. I don’t go on social media, because all I care about is my players, my staff and my environment.

I truly felt we all wanted to win that World Cup trophy so badly for the players. I wanted the veterans who wouldn’t get to play in another World Cup to be world champions, and for other players to have the experience of a lifetime.

It was a feeling of great responsibility.

Beyond elation. That’s the only way I can describe what it felt like to win the World Cup.

If I had one wish, though, it would have been to enjoy it for just a little bit longer, because the next day I sat drinking coffee, pencilling down a potential roster for the Olympics. That’s football, though. It’s always about the next journey.

I’d ticked one box, but then it was: what’s next?

Since that World Cup, I’ve had a chance to learn even more as a coach. To understand that everything I’ve done up to this point in the job has been a learning experience for the future. Everything I’ve gone through in the past, winning and not winning, has made me the coach I am today.

The greatest teacher is adversity. It wasn’t just a message for my players. It was for me, too.