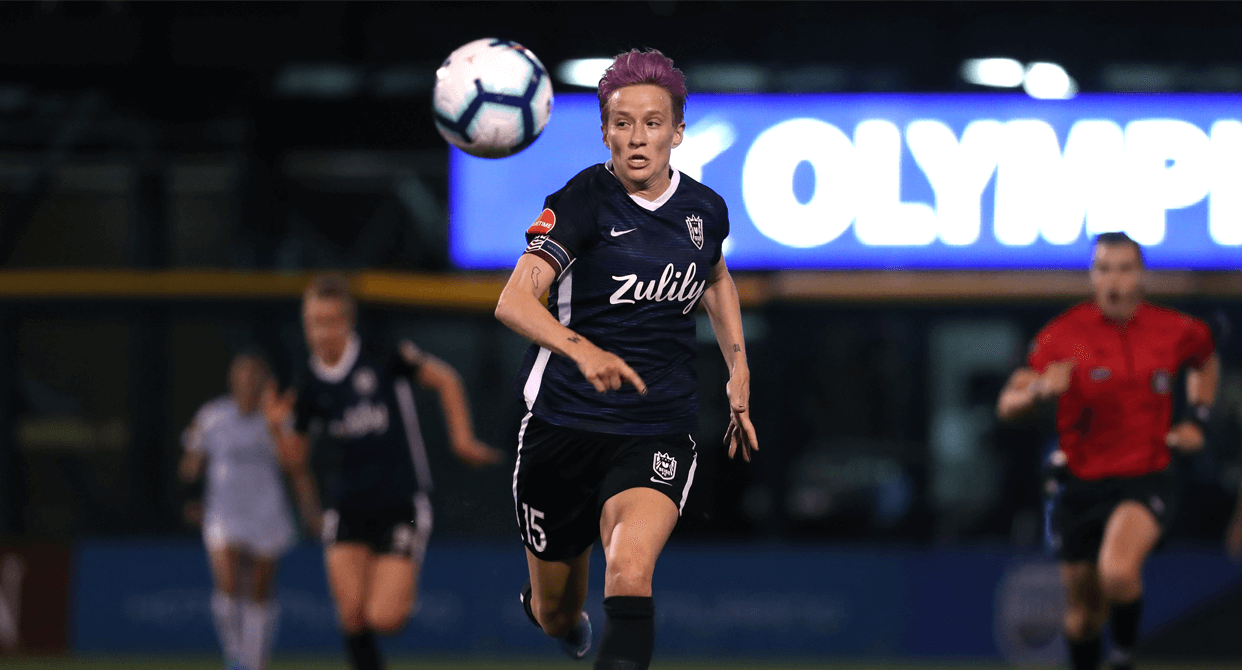 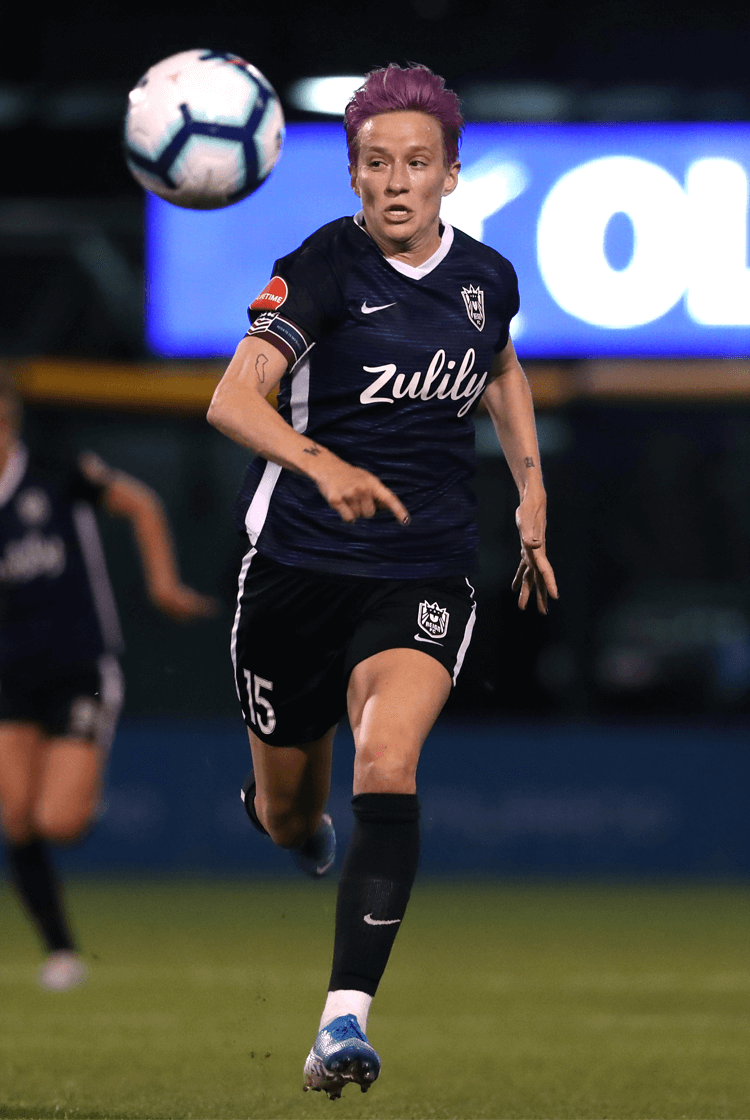 Profile
Megan Rapinoe's outstanding contribution in inspiring the United States to victory at France 2019 was recognised when she was named the best women's player at the Best FIFA football awards. The 34-year-old and US co-captain became a World Cup winner at the second successive tournament, scored the opening goal in the final against the Netherlands, and won the Golden Boot for being top goalscorer and Golden Ball for being the finest player. "I feel invincible," she said after their World Cup glory. "We've put on the most incredible show that anyone could have asked for. We can't be better ambassadors." "Megan was built for these moments." added their coach Jill Ellis. "The bigger the spotlight, the bigger she shines." Rapinoe, who has played for seven clubs across three continents, also helped her club team Reign FC into the National Women's Soccer League (NWSL) play-offs.

Tactical analysis
Rapinoe, at her finest as an attacking midfielder, is an often-subtle player who combines deft flicks, sets, and bounces in her attempts to create. Largely used from the left, her movements in central areas create spaces for others to overlap, but an increased awareness in the threat she poses means she is marked more aggressively when receiving in those same areas, forcing her to make greater use of those touches to work beyond an opponent's press (below).

If she is a relatively-ineffective dribbler, who struggles to quickly change direction and therefore to beat a defending full-back with pace, she is more effective when combining around opponents to move beyond them. When wide, Rapinoe’s quick shifts and crosses are impressive; her ability to rapidly shift possession from one foot to the other defeats opponents – usually when they stretch to block a pass or cross – and she then delivers into the spaces behind a defensive line. That she can use both feet helps her to excel when receiving inside, from where her vision encourages her to link with runners, switch play, and then potentially offer penetrative runs to support attackers, further forward.

The American is also a capable second striker, particularly when play is built down the right, contributing to her improving goals return. From the left she has an increased contribution to build-ups; from the right, her movement and instinct means her penetrating into the biggest spaces inside the penalty area.

Her sense of timing often means her meeting crosses and cut-backs (below) while changing angles to lose markers or move into a further space. To that end, she can also finish effectively on the move.

Role with USA
Much of Rapinoe’s success with the United States owes to her understanding with right winger Tobin Heath. They are most consistently organised into a 4-3-3 formation, in which there is a need for the wider forwards to support lone striker Alex Morgan.

Together the triumvirate can attack a compact, deep block, or against a defence pushed up towards the halfway line, and largely because of the significant width provided by both Rapinoe and Heath that horizontally stretches opposing defences through their attempts to prevent both receiving and facing forwards on their first touches. Those increased gaps between defenders invite direct passes in behind (below), and Rapinoe and Heath to turn and roll their opponents.

With Morgan a fast, willing runner, they often quickly transform possession within midfield into attacks behind defences, in which the furthest attacker darts blindside of their opposing full-back to offer a further option inside the area. With Morgan most commonly positioned between the two central defenders, moving diagonally, she receives towards either side of the area, giving her an unfavourable shooting angle but when she has the support to instead assist via low balls.

When Morgan withdraws to defend, Rapinoe and Heath pose a threat in transition; becoming the favoured outlet after a regain, they attempt to swiftly penetrate in behind (below), an approach that is particularly successful when an opposing full-back has advanced and therefore created increased space. Should central midfielders attempt to cover the spaces behind those full-backs, Morgan's withdrawn position can also provide a link between her fellow attackers, and one that is particularly effective after a regain.