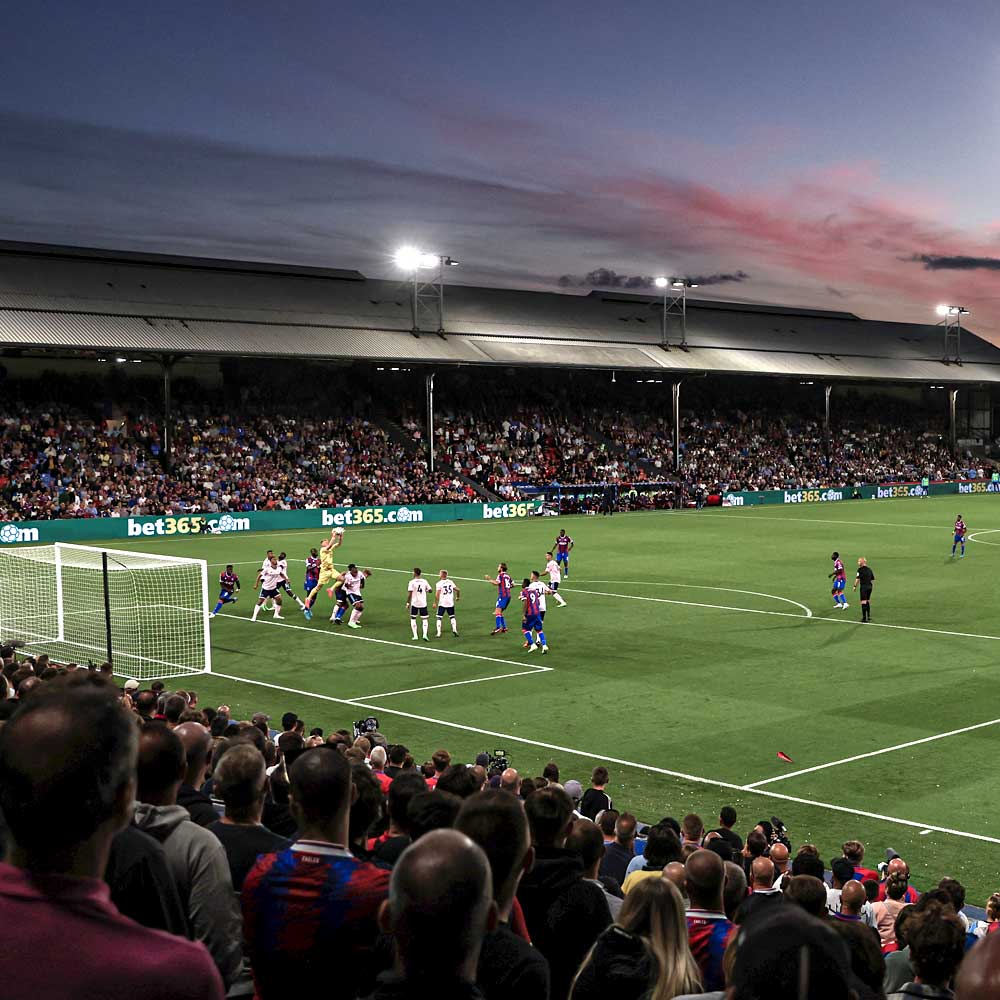 What is zonal marking?

Zonal marking is a defensive strategy with which teams prioritise controlling and defending spaces rather than matching the opposition player for player. Zonal marking can be used in open play or when defending set-pieces (below).

There are four main reference points in the game: the ball, the opposition, the players on the team in possession, and space on the pitch. Zonal marking can be adapted to increase the focus on any one of these four points.

Where does the term ‘zonal marking’ originate from?

In open play, zonal marking is thought to have come from Brazil in the 1950s. Fluminense coach Zezé Moreira attempted to move away from the man-marking system often used in the W-M shape, converting from a man-marking back three to a zonal back four. Rinus Michels and Arrigo Sacchi would later build on these ideas.

What do the players do in a zonal-marking system?

Zonal marking focuses on creating a defensive structure in which horizontal and vertical compactness is prioritised. The distances between each individual player should be kept small.

The aim here is to delay and frustrate the opposition, with no penetration allowed through the block, and little pressure on the ball when it is outside the block.

If space is the main reference point for the defending team, this strategy should make it more difficult for the opposition to produce overloads in specific areas of the pitch, making it possible to nullify a specific aspect of the opposition’s attacking play. However, this will naturally concede space elsewhere on the pitch.

If the ball is the main focus, individuals, units and the block as a whole will adapt depending on the position of the ball. This strategy takes into account individual moments in the game. It also increases the need for the players to have good understanding of the game, match intelligence and anticipation, as well as cohesion and good communication. This will mean individuals aren’t pulled away from the defensive block, leaving gaps the opposition can exploit.

How is zonal marking used at set-pieces?

When zonal marking is used at defensive set-pieces, players are assigned a specific zone to defend. The central spaces are prioritised, and zones outside the width of the six-yard box may also be covered.

It’s common for there to be two defined units when defending zonally at corners (below). The higher of the two lines cover cut-backs and outswinging deliveries, while also blocking the runs of opponents and limiting their chances of getting a run on other defenders. The deeper unit is responsible for attacking inswinging deliveries, and winning the first and second contacts near to the goal.

It's also common to see one or two players nearer the edge of the penalty area, ready to press if the opposition go short, chase down any second-phase loose balls and instigate counter-attacks. These players are usually the players who are weaker in the air.

Teams can choose to place as many as eight players in either of the two units, or as few as two. Usually, though, teams will have either four or five players in the deeper unit, with the rest of the team higher up as blockers, on either post or higher up the pitch. Once the ball moves over the head of the players at the near post, they may recover back onto the goalline.

At free-kicks, teams will focus on holding a good line, with small gaps between players. The line must advance and drop as one, dropping deeper to protect the goalkeeper or remaining higher to give the goalkeeper space and increase the chances of the opposition being caught offside. Body shape is also key; defenders should be side-on to see the ball and run towards or away from goal.

What do players do in possession in a zonal-marking system?

In open play, zonal marking provides a solid base from which to stop opposing attacks. Once possession has been won, a team can launch a counter-attack –especially if the opposition have pushed players forward to break down a compact defensive structure.

As it’s so important to keep short distances between players in a zonal-marking structure, players need to be comfortable at combining in tight areas following a regain. They will usually face immediate pressure from the opposition.

Teammates furthest from the ball also need to be alert at attacking transitions. They can provide a key outlet to build quick counter-attacks with a quick ball away from opposition pressure. They might start close to a teammate in a compact defensive structure, but should sprint immediately after a regain to get into space and receive on the move.

What are the benefits of using zonal marking?

Zonal marking is a reliable way of ensuring compactness when defending, meaning teams can protect key areas of the pitch. This can mean that the key, or most dangerous, opponents may struggle to find space in the areas of the pitch that they like to operate. A zonal defensive strategy can therefore force the opposition to change their attacking approach.

At set-pieces, defenders don’t have to worry about marking, tracking and getting blocked off. They can focus entirely on the ball and its trajectory, with no need to turn away to look at the attackers' movements.

Players responsible for a zone are always ready to attack the ball, focusing on it from the point of delivery. Zonal marking also allows players to remain as a compact unit for the second phase of a set-piece. A man-marking system can lead to players being dragged all over the penalty area.

What are the disadvantages to using zonal marking?

As zonal marking prioritises staying compact, large areas of the pitch can be left free for the opposition to exploit through quick, incisive and well-worked attacking patterns.

Maintaining compactness requires every player to always concentrate and stay in communication with their teammates. Anyone who loses concentration may leave a gap in the structure. Also, attacking players may have to sacrifice part of their game in order to maintain compactness.

At set-pieces, zonal marking is often the target of criticism when teams concede. Using zonal marking can allow attackers to get a run on a defender; they can be on the move as the ball travels, while defenders marking zonally will be static. These systems can also create confusion between defenders if an opponent or the ball is on the border of two zones.

Defenders constantly watching the ball allows attackers to move on their blindside and attack the ball with a run on the defender. Several opponents can also overload a single zone.

What are the alternatives?

Man-marking is the main defensive alternative. This involves each defender focusing on a specific opponent, following them across the pitch. Each player is responsible for an opponent, and presses, tracks, duels, jockeys and defends 1v1 for prolonged periods. When the ball reaches certain more dangerous areas of the pitch, defenders usually break from their man-marking strategy to overload attackers threatening their goal.

Which teams or coaches use zonal marking?

Diego Simeone has often favoured a low block with Atlético Madrid, with compactness between units and individuals totally key. Using his favoured 4-4-2, the two centre-forwards zonally screen the opposing pivots, with both wide midfielders then narrowing to cover the inside channels (below). The aim here is to force the ball wide, with the entire back four sliding across and the full-backs aggressive in closing down opponents in the wide channels.

José Mourinho has prioritised compact and organised defending throughout his career. In certain matches with Real Madrid, his back line would defend zonally, protecting against various runs from the opposition. The double pivot of Sami Khedira and Xabi Alonso were effective at sliding across and screening passes in central spaces, but also jumping forward to press or squeeze up the pitch (below).

When Antonio Conte’s Tottenham defend with a zonal back five, his central-midfield pair cover the middle of the pitch, helped out by a withdrawn Harry Kane. However, one of the central midfielders jumps out when a specific opponent has the ball – an opposition-focused strategy – and the wider centre-back will also step out of their line to potentially fill the space in the second line.

Other examples of coaches who use zonal marking