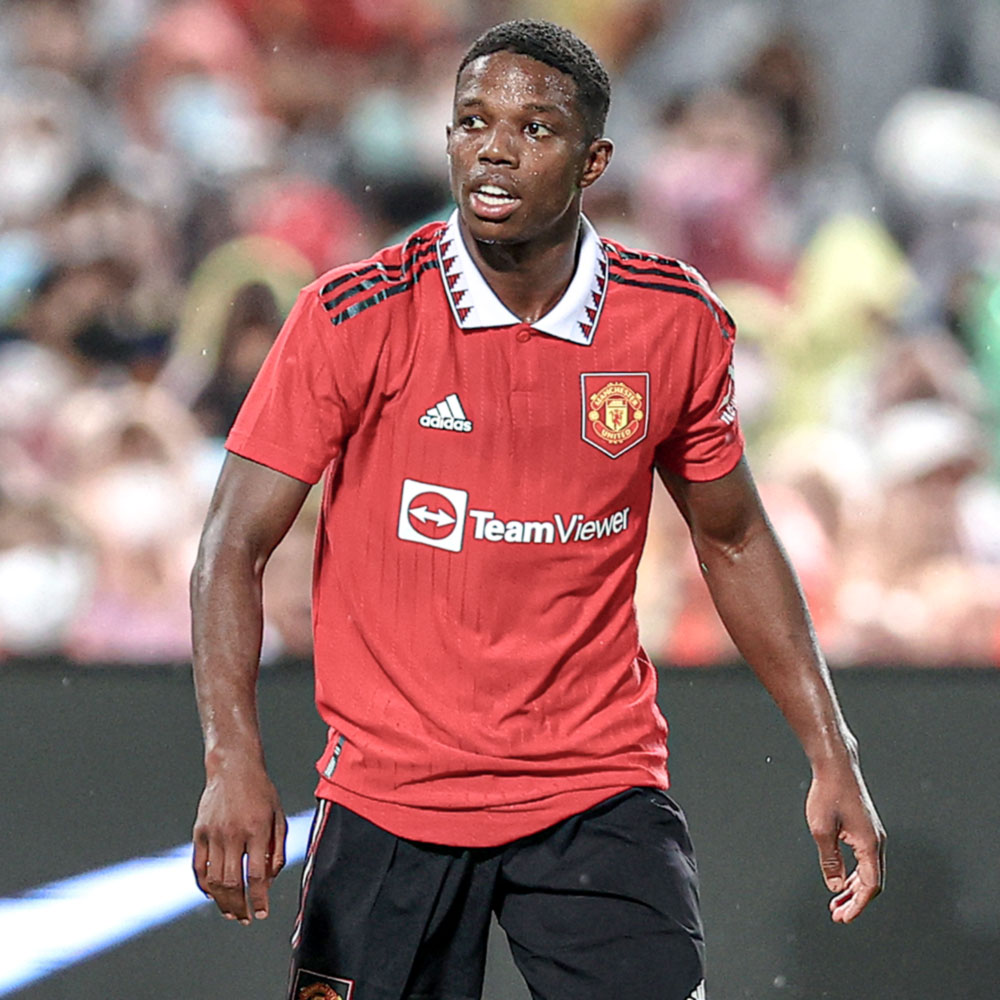 When Erik ten Hag was named as the incoming Manchester United manager in April 2022, plenty would have expected him to look to his former club Ajax for potential new recruits. It was to Feyenoord he went first, however, when securing the signing of exciting young left-back Tyrell Malacia for an initial fee of £13m.

Malacia is an attack-minded full-back who joined the Feyenoord academy as a nine-year-old in 2008. He made his first-team debut in a Champions League victory over Napoli in December 2017, and went on to establish himself in a team that reached the final of the inaugural Europa Conference League – which Feyenoord lost to José Mourinho’s Roma – in May 2022. A Netherlands international at youth levels ranging from Under-16 to Under-21, he graduated to making his full senior debut in a World Cup qualifier against Montenegro in September 2021.

“That kid at left-back is amazing,” Ten Hag is reputed to have said about Malacia when his then Ajax team faced Feyenoord in a Dutch league fixture. “Take note of him.” United fans will hope their new head coach was right.

Malacia is a left-footed defender who has spent all of his career to date at left-back. He is aggressive in duels and will always look to compete for possession of the ball, especially in 1v1 situations. His ability to quickly curve his approach towards the ball helps him compete to regain possession, but it also helps force play away from specific spaces and into pressing traps. His outward press, to force the ball towards or along the touchline, is particularly effective.

Malacia is good at using the touchline as an extra defender, where he can accelerate quickly to deal with an opponent knocking the ball forward over distance. As he forces play outwards, he is also effective at delaying an attacker’s progress up the pitch. Here, he uses a combination of body shape, recovery speed and ability to mirror the footwork of opposing dribblers. His ability to delay an opponent gives his nearest teammate – the wide attacker in front of him or a central midfielder – time to work back and overload the attacker (below).

During transitional moments, or when Malacia hasn’t pushed high up in the pitch in possession, the secondary pressure usually comes from central midfield. This angle of pressure tends to discourage an attacker from working inside, further forcing play towards the touchline.

Where can Malacia improve defensively?

Defensively, Malacia is at his weakest when an attacker successfully disguises a touch inside, and he is unable to keep the ball locked towards the touchline. He struggles to turn and move inside, pushing off his left foot, to jockey and track his opponent.

Malacia is a strong presser who can jump forward to press high in wide areas or quickly move inside if his teammates are pressing an opposing switch of play. He does concede fouls when pressing an opponent from behind, however. When faced with an attacker protecting the ball, his aggression in the challenge and eagerness to win possession often translates to a failure to decelerate early enough (above). He committed the third-most fouls at Feyenoord in both the 2020/2021 and 2021/22 seasons.

In possession, Malacia offers a crossing threat when overlapping wide on the left. He likes to use the one-two (below), where he can push off, burst forward and pass to a teammate to initiate the combination all in one movement. His acceleration over a short distance also helps his team to break lines. He often makes forward runs to receive ahead of him to cross, or continues driving through wide areas before delivering a much deeper cross or cut-back.

Malacia doesn’t just rely on combinations, though. He can progress up the pitch without them, driving forward before crossing from a wide-left position. Here, he uses his impressive timing when 1v1 against an opposition defender to push the ball forward and create a crossing opportunity. He takes multiple small touches to lure his opponent forward, before feinting to cross or pass back inside. He then pushes the ball beyond his opponent to cross.

In his time at Feyenoord, Malacia supported the team’s higher press by jumping out of the back line and pressing in wide areas. The number 10 in the team’s regular 4-2-3-1 formation would often push forward to press alongside the forward, while both wingers dropped alongside the double pivot in what became a 4-4-2 shape off the ball. This gave Malacia extra support in wide areas, where 1v1 situations often turned into 2v2 moments. His ability to delay and lock the ball near the touchline gave the closest player – either a midfielder or the left winger – time to join the press and any subsequent duels.

When defending deeper, Malacia is again supported by the closest central midfielder and left winger. Here it is more common for him to hold his ground, maintaining compactness within the back line and keeping his distance from the left centre-back to a minimum (above). As a result, the wider pressing is often performed by a recovering winger, or a midfielder working over to the left.

Playing at left-back in either a 4-2-3-1 or 4-3-3 shape at Feyenoord, Malacia recorded the second-most crosses for the club in the 2020/21 season – and then the most in 2021/22. Inside runs from the winger ahead of him, most commonly Luis Sinisterra, created ample space for his overlapping runs.

In the 4-3-3, the closest number eight then dropped to cover Malacia’s advances or offer an option for passes back inside (below). In the 4-2-3-1, the closest member of the double pivot provided this cover earlier in the move. Here, however, the winger couldn’t move inside quite as much – especially if the number 10, either Guus Til or Jens Toornstra, occupied the left inside channel. As a result, in the 4-2-3-1, Malacia would often be involved in closer combinations to penetrate the opposing back line.

In either formation, however, he has enjoyed enough space in which to drive forward. He was Feyenoord’s third most regular dribbler in 2020/21, rising to second in the 2021/22 season. He thrives when given the opportunity to isolate opponents 1v1 and cross for teammates in central areas.

One of Manchester United’s many problems in the 2021/22 season was their inability to create from the full-back areas. Moving from the Dutch Eredivisie to the Premier League is certainly a step up for their young new left-back, but Malacia has the attributes and the raw talent to make his mark in a new era at Old Trafford.