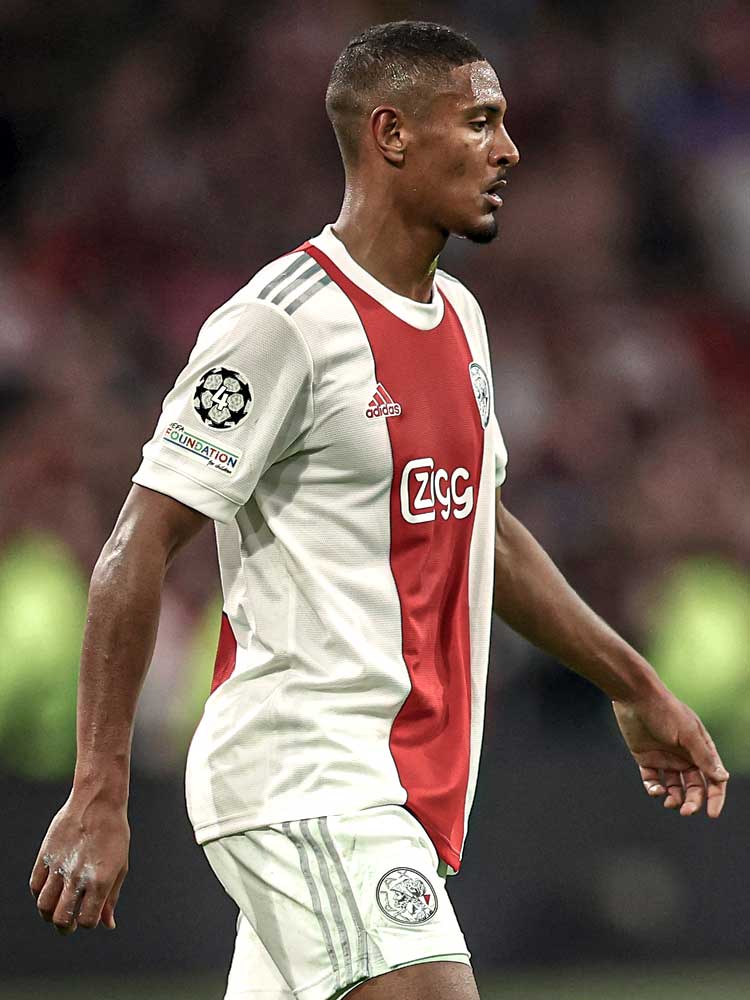 Profile
Confirmation of Sébastien Haller's departure to Ajax for less than half of the £45m fee that made him West Ham's record signing, at the age of 25 in July 2019, was, perhaps more than anything else, a demonstration of the Eredivisie club's ambitions. He, similarly, represented Ajax's most expensive ever signing, and though he did so for a significantly smaller fee, he moved to a football culture with not only far smaller resources than the Premier League's, but where there is an even greater reluctance to make such a profile of signing.

In the process of scoring 14 goals in 50 appearances for West Ham, Haller showed promise without consistently excelling, but Dusan Tadic and Daley Blind also did not always produce their best in England and have since proved key to Ajax's success. "This is a club where I can compete in the Champions League and chase titles every season and it's that winning mentality that suits me," Haller said upon moving. It was in the Eredivisie with Utrecht that he recorded 30 goals in 65 appearances; he then continued to impress in the Bundesliga with Eintracht Frankfurt, and to the extent that former Bayern Munich coach Niko Kovac once said: "A bulldozer couldn’t knock him over."

Tactical analysis
The right-footed Haller is a versatile finisher – one whose style of play is similar to that of David Trezeguet and whose goalscoring touch, with both feet, continues to improve to a high level. He is also powerful, and so poses an aerial threat and while proving capable of outmuscling opposing defenders.

His ability to use both feet benefits the runs he makes in behind, because he can receive the ball on one foot and then finish with the other. By using both feet in that way he can also shoot more quickly after taking possession – giving his direct opponent less chance of blocking his shot or attempting a tackle – and advance beyond defensive lines with his first touch before aiming at goal from increased space (below).

If his build is similar to that of a traditional target player, his direct movements can encourage a penetrative build-up from midfield; he is as capable of running in behind as he is of withdrawing to build and link play, meaning he can also contribute to both transitional attacks and through sustained possession. Once in behind opposing defences he can similarly be relied upon to finish when one-on-one.

When instead the target of direct, vertical passes or set-pieces, Haller offers the ability to flick possession on to teammates, or to control passes into his chest and feet, even while under pressure. By delaying and correctly timing passes or holding off defenders while linking play he gives his teammates the freedom to advance – a particularly influential attribute while playing as a lone striker. He also remains sufficiently explosive that he can burst clear (below).

His experience at Frankfurt of being given different roles across their front three has enhanced Haller's ability to attack from different positions, improving the timing of his movements – especially those made when moving across the opposition's defence. He, similarly, demonstrates his intelligence when drawing opponents towards him to create space for others (below).

That awareness of space leads to him repositioning himself during lengthier attacks when possession is being built – and then potentially targeting specific opponents to overpower, withdrawing away from central defenders, or drifting wide to reach crosses played around opposing full-backs. As with other leading strikers, his double movements are made to tempt opponents in one direction before he can progress into space from which to shoot. When not the one seeking to finish attacks, he instead links play into others; he can be seen occupying opponents with his upper-body strength while shielding the ball, but has proved more effective at releasing the ball early and combining into those making forward runs, preferably via his right foot.

Role at Ajax
Haller consistently features as the central attacker in Ajax's 4-3-3 or 4-2-3-1, and in both systems is supported from the left by Tadic, and from the right by one of Steven Berghuis, David Neres or Antony. When he leads their 4-3-3 (below) there exists increased space from which to feed Haller; their full-backs provide overlaps, their wide forwards move infield, and their midfield three support attempts to build possession, presenting Haller with the freedom to withdraw into deeper territory and link with the forwards either side of him, also making him harder to mark.

Tadic's instincts – to drift infield without the ball and to receive between the lines, often from the inside channel – means he often operates as a second 10 in their 4-2-3-1, and from closer to Haller in their 4-3-3. He also makes runs in behind, after which he plays cut-backs and low passes across goal and into the path of Haller's runs beyond their opposing central defenders, and remains wider for longer when Blind is at left-back than he does when playing in front of the more adventurous Nicolás Tagliafico.

Berghuis, Neres and Antony all favour their left feet, and therefore seek to, as regularly as possible, combine infield and on to their stronger foot – most commonly via dribbling. Each, regardless, remains wider for longer than does Tadic, so their right-back Noussair Mazraoui makes regular, underlapping forward runs, in addition to those made around the outside of the relevant teammate after that teammate has moved infield.

When Haller is instead at the peak of their 4-2-3-1 (below), the presence of a permanent 10 provides closer support for play into him but reduces his freedom. Similar movements unfold in wide territory, but with their 10 regularly operating from between the lines, Haller instead more consistently prioritises the spaces in behind, and therefore makes more direct, forward movements.

In both systems, inswinging crosses are delivered from wide positions from those on the right for Haller to attack while running across the opposition's back four. From the left, Tadic is likelier to play outswinging balls that the striker will mostly target from a more stationary position inside of the area.

Runs are also made through the inside channels and inside of Tadic by one of the two defensive midfielders in their 4-2-3-1, in turn encouraging their 10 to remain advanced and close to Haller, potentially as a front two that means Haller not being underloaded. His forward runs, as a consequence, become harder to track, complementing the sound timing he applies to pursuing through balls, crosses, and direct passes in behind.