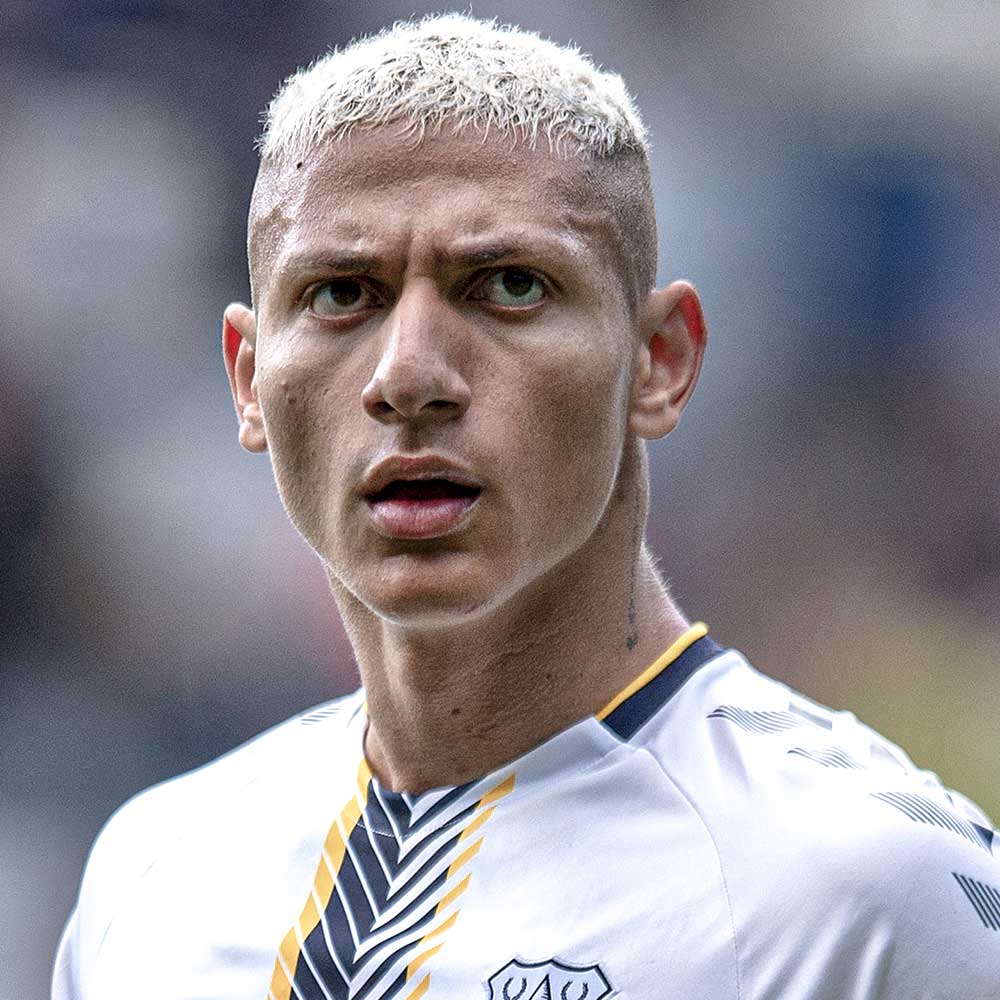 For the second time in an otherwise rather unremarkable and short career so far, Richarlison has moved between Premier League clubs for upwards of £50m. Having first moved from Watford to Everton in 2019, he has now completed a transfer to Tottenham.

In truth, his first big-money transfer raised eyebrows because of the faith Marco Silva put in the then 21-year-old, when taking him with him to Goodison Park. However, under three permanent managers since Silva left – Carlo Ancelotti, Rafa Benítez and Frank Lampard – Richarlison remained a key player for Everton, while also becoming a regular at international level. It is with Brazil that he has won the only honours of his career so far, but he will be hoping that he can add silverware under the guidance of Antonio Conte at Tottenham.

It was Conte who pushed hard for Spurs to go all out for Richarlison’s signature, the Italian having also considered a move for him in 2019 while Chelsea manager. The question for Richarlison is not only how much football he can earn himself in an attack already boasting Harry Kane, Son Heung-min and Dejan Kulusevski, but also how he performs surrounded by so much talent. With Conte desperate to end Tottenham’s long wait for a trophy, Richarlison may be pushed like he has never been before. It will be interesting to see what he can achieve.

As a right-footed, left-sided forward, much of Richarlison’s game is based on looking to cut infield from a wide starting position (below), as well forging opportunities to shoot. Due to this, defenders will invariably spend lots of time trying to show Richarlison on the outside. He is skilled at working space for himself on his right foot, but has also improved markedly when it comes to going down the line on this left.

He combines well with central players, with quick pass-and-move combinations to attempt to unlock compact defences. His primary aim is always to try and find a route to goal, and he was Everton’s greatest goal threat in each of his four seasons at Goodison Park. However, over those four seasons, he scored only 43 Premier League goals from 326 shots. His conversion rate of just 13.2 per cent highlights a key area in which he needs to improve. That said, it could shoot up around higher-quality players at Tottenham.

Given he is a Brazilian attacker, it is perhaps surprising that he is not the most creative or skilful of players. A runner rather than a dribbler, he prefers to use pace and strength over tricks and flicks. He can be incredibly difficult to stop, however, and he progresses play very quickly, making him useful at attacking transitions. He also uses his pace to threaten the space in behind, making runs beyond when he might have a chance of getting in on goal (below).

Opposing full-backs often make an effort to get close to him, to press him on his first touch in the hope of forcing him into a pass backwards. If the defender even slightly mistimes their challenge, though, Richarlison has the skill to push the ball past them before skipping away into the space they have left. He is particularly skilled at dinking the ball over a defender’s foot to escape them before bursting forwards.

He is also a significant threat in the air, possessing a huge leap and excellent timing when attacking crosses. At 5ft 10ins, he is often underestimated by opponents. He makes the most of clever, well-timed runs on the blindside of a defender to get into a threatening position.

Decision-making remains a weakness, though, and he too often attempts to dribble his way out of trouble. If opponents press him aggressively, he can be caught in possession, and he does still lose the ball in his own half when he should have passed. If he is successful with that kind of dribble, he can relieve pressure on the defence behind him – but he would usually be better served simply protecting the ball, even if doing so delays a potential counter-attack.

Cutting in off the left

Richarlison has spent much of his Premier League career playing on the left side of attack. In 2020/21, he built up a strong relationship with Everton left-back Lucas Digne, who overlapped around the outside to provide crosses for Everton’s front line, while Richarlison focused on attacking towards goal.

He made runs inside to create the space for Digne, before adding another run in behind through the inside channel (above). This had two main benefits: first, he added another body in the penalty area to attack balls into the middle; and second, he helped push the opposition back line deeper. This created space on the edge of the penalty area for attacking midfielders, or for cut-backs should Digne get forward.

When on the ball himself, Richarlison drives infield, preferring to travel towards goal rather than go down the line, in the hope of getting a shot off (below). He regularly works the ball on to his right foot, drives infield, taking bigger touches to burst into space when he has the chance to, and creating space on the outside for the left-back to overlap. When he is closed down and space is limited, he is more effective when he finds the feet of the centre-forward – at Everton, that was Dominic Calvert-Lewin – rather than trying to dribble himself. He is by no means a poor dribbler, but he is more effective beating opponents by pushing the ball and beating them for pace than through moving the ball intricately.

Capable as a number 9

When he plays on the left, Richarlison moves inside so often – both with and without the ball – that he ends up playing as a second centre-forward much of the time. He is comfortable in central areas, and he has also spent significant periods as a permanent centre-forward. Most notably, he deputised for the injured Calvert-Lewin for a large chunk of 2021/22, in which time he proved his capability at leading the line.

His ability on the ball means he is comfortable receiving to feet between the lines, before turning and dribbling at the opposition centre-backs. This is where his powerful and direct driving runs cause problems where other, less mobile centre-forwards may just spread play. He benefits from having willing runners, such as number eights bursting through the middle of the pitch or wide players making diagonal runs. These movements help Richarlison isolate individual defenders, who he will then look to beat (below).

His ability in the air makes him useful under direct balls forward as well as a threat from crosses. However, he is much more effective attacking crosses when moving in from the left, as in that position he is tracked by a full-back, and can make a blindside run past a centre-back. When he plays as a nine, it is far more difficult for him to move out of sight of every opposition centre-back; even if he is on the blindside of one, another centre-back will likely track his run. Given he is far more likely to outmuscle a full-back who follows him than a central defender, he can struggle when starting centrally.

Richarlison is not the finished article, but his versatility, ability to carry the ball forwards at pace and goal threat will mean he is an asset to Tottenham, who will hope he can take some of the goalscoring burden off Son Heung-min and Harry Kane. His never-say-die attitude, meanwhile, will surely make him a favourite of Conte’s.