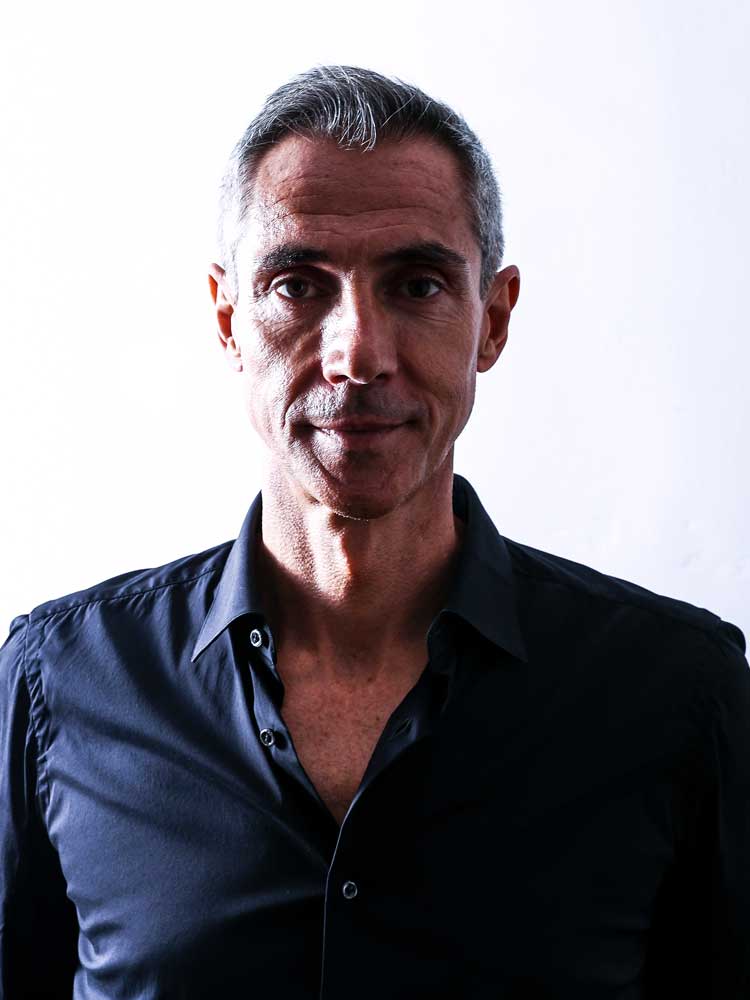 I didn’t think about the risks when Maccabi Tel Aviv approached me to offer me the job as head coach.

It’s always about the opportunities. I can be happy everywhere I can coach – my main focus is on the players, and how I can improve them, and how I want them to express themselves on the pitch. To get a common identity, and results.

It was another opportunity to get to know another culture, and it proved very demanding. It wasn’t easy, but people make a difference – it was amazing.

It was their director of football, Jordi Cruyff, who first approached me. After Jordi, I met the club owner, Mitch Goldhar, in London. I spent an afternoon with him, and was convinced I should take the job.

They’d waited for me, and were quite sure they wanted me, which made me sure. “We’re going to take the job, and we’re going to do it really well,” I told my staff.

A coach should enjoy someone with knowledge of passing football being the director of football. It was a process for me to get to know Jordi and his ideas. He is very demanding and very prepared and, like me, he has a strong personality.

We worked on that on a daily basis, to understand each other’s personalities and to interact with each other with respect. As a result, we could enjoy our roles, and our wins, together. We’ll have that forever.

It wasn’t easy, but it was amazing how we connected. For me and my staff, it was a privilege to have had Jordi there before us, because he anticipated what could happen and understood the circumstances. He had also already brought discipline to the team, and started the process we continued.

We remain friends today, and still have that sense of respect. We grew together in taking decisions, and in how we saw players and the game.

Tactically, at that time, the club and the players and the competition needed to learn. It’s becoming much better, because of the experience of international coaches going to Israel and bringing their ideas.

It isn’t easy to deal with the players there – to know their ideas and mindset. The number of foreign players you can have means that most of the investment needs to be in homegrown players, and the value of players isn’t balanced. It also isn’t easy to get young players to focus, because of how demanding the culture is, and how demanding the travel and need for organisation both are. Discipline and organisation was crucial, so I learned a lot.

I’ve always liked expectations. Since I’d started playing football, I’d always put goals in front of me. It’s in my DNA – I have a winning mentality.

To help my players understand the game, and to understand them, is complex. To help them develop, become more tactically intelligent, understand the complexity of the game – to play attractive football, control opponents with the ball, create opportunities, recognise timing and spacing and make the correct decisions… it’s mechanical.

"basel was completely different from tel aviv. the noise went from 100 per cent to zero"

The intensity is mainly mental; after that, it’s physical. I used a psychologist alongside me to interact with me and to help me understand the players. A good number of players, Eran Zahavi in particular, are still in touch with me.

Eran made a big improvement from his time in Italy. The way he learned to see the game, developed his skills and performed meant him reaching his potential. It’s when players recognise that they are developing – that’s the best recognition a coach can have.

I was familiar with the 4-3-3, our system, from my time as a player. Once I understood the characteristics of the players, we started to evolve and create new shapes. The players started to really enjoy it because they were controlling opponents with the ball and creating lots of goals. It really was outstanding.

From the start of that December, in the 2013/14 season, we went on a run of 12 wins in 13 games. We ended the season as champions, and we also progressed from a tough group in the Europa League – alongside Frankfurt and ahead of Apoel Nicosia and Bordeaux, one of my future clubs.

Winning the league after working together on a daily basis, winning games, and scoring goals. In the end, the joy is massive. I only left because of the challenge to keep progressing.

I had played against Basel several times as a coach by the time they offered me the job in May 2014, so they knew what they were getting. They had beaten us in the final round of qualification for the Champions League. Each one of us, if we pay attention in our lives, personally and professionally, have lots of links in the world.

"we controlled the game and created more than real madrid"

Theirs was a team that could regularly play in the Champions League, and with experienced players. It gave me the chance to compete at that level, and I had the ambition of increasing Basel’s level.

It was completely different from Tel Aviv. The noise went from 100 per cent to zero – on a daily basis, and also inside the club.

It was a well-organised club. President, vice-president, sporting director, chief scout and myself – we were practically the board, making the decisions.

The stadium and dressing room was our environment on a daily basis – for training and games. We pushed, straight away, to improve the training facilities, because of the game we wanted to play – we wanted to make a big difference. We had some players with experience, and some young ones with energy.

People think the Swiss Super League is easy, but it’s not. You play four times against the same teams, so it’s not easy to encourage players to focus on detail and to educate them – especially when they are stronger than their opponents.

The enthusiasm for the players to continue playing against the same players isn’t the same, so we had to try to manage that. We did so by making training sessions more complex – to get the players’ attention and to be more focused.

"anfield's a huge environment – but swiss players, emotionally, are focused and cold"

For them, though, it’s always the same match, so it’s not easy to make them intense and deliver the same performance. The feeling of playing well is what helped the process, and when the players realised their strength and grew in confidence they started to enjoy what they were doing . They enjoyed that until the end of the season.

When players recognise that they are controlling opponents, and can control all of the pitch with width and depth and create different lines, it’s much easier for them to play and be confident. It happened at home to Real Madrid in the group stage of the Champions League – despite losing 1-0, we practically controlled the game and created more than them.

Communication was the difficult part at the start – to connect with the players, and develop the game we wanted. The players there were very demanding – not only about leadership and communication, but about our training methods and knowledge of the game, particularly when they were already at a good level.

The first part, getting to know each other, requires time – like it does everywhere. Once they learned our methods and what we could achieve, it became easier.

Our Champions League group also featured Liverpool and Ludogorets. Brendan Rodgers was a young coach who had already reached a fantastic level; since I’d left England and Swansea he had earned his first Premier League job and, at Liverpool, arrived at an important club with top players and one that was always investing. It was very challenging.

We had a game plan and a specific strategy for each game against them. At home, we were well-organised. We used a back three, because we wanted to start building possession with overloads to get around their pressure, and to be able to offer both short and medium-range passes when our opponents had lots of players pressing us.

We grew in confidence with it, and always had triangles, diamonds and good passing lines to avoid pressure and reach the Liverpool half. We pushed them and won 1-0 – and we won well.

Anfield’s a huge environment, especially for players who aren’t used to it. But we had some experienced players, and the Swiss players, emotionally, are focused and cold. They don’t get easily influenced by the environment or the moment.

We were focused on controlling the game with our passing – to control the environment. We moved the ball quickly from one corridor to the other, always looking forward and making fantastic defensive transitions.

Until the second half, we controlled the game. We had possession, made it into the last third, and scored a fantastic goal. It was only because we lost concentration we conceded a chance to Liverpool.

It was a great moment for me, my staff and my players to be in that environment, to play well and, with Real, progress from the group with a 1-1 draw on a night when Liverpool had to win. I look back on it as an outstanding achievement, and a very good performance.

The winter break in Switzerland, which followed, is amazing. You switch off, recharge your batteries, refresh yourself, and go to the end of the season.

But after reaching the last 16 of the Champions League, by beating Liverpool and drawing in England, that break made it really difficult to compete at that same level when we met Porto. We had only one competitive game after the break and before that tie, so we were eliminated.

Despite this, we lifted the league title that May with three games to spare. It was fantastic. The entire city was packed with fans enjoying the moment.

It was a really great time for me. I grew a lot, with a different culture of football – it always made me think and analyse, and demanded I make decisions.

It meant I was approached by clubs in Italy – at another level, and one at which I could keep growing my career. Basel were always clear that they were happy as they were, to maintain their philosophy, so I took the decision to challenge myself – to go again to another level, with Fiorentina.

But those two years, in Israel and Switzerland, were amazing. It wasn’t only about winning the leagues, but the experience they gave me and my staff to compete in the Europa League and Champions League, and to understand those levels.

I already understood the football projects in each country, and how they located coaches and created the profiles of their players. But analysing and seeing what others are doing – and experiencing it – gave me the chance to become a stronger coach.