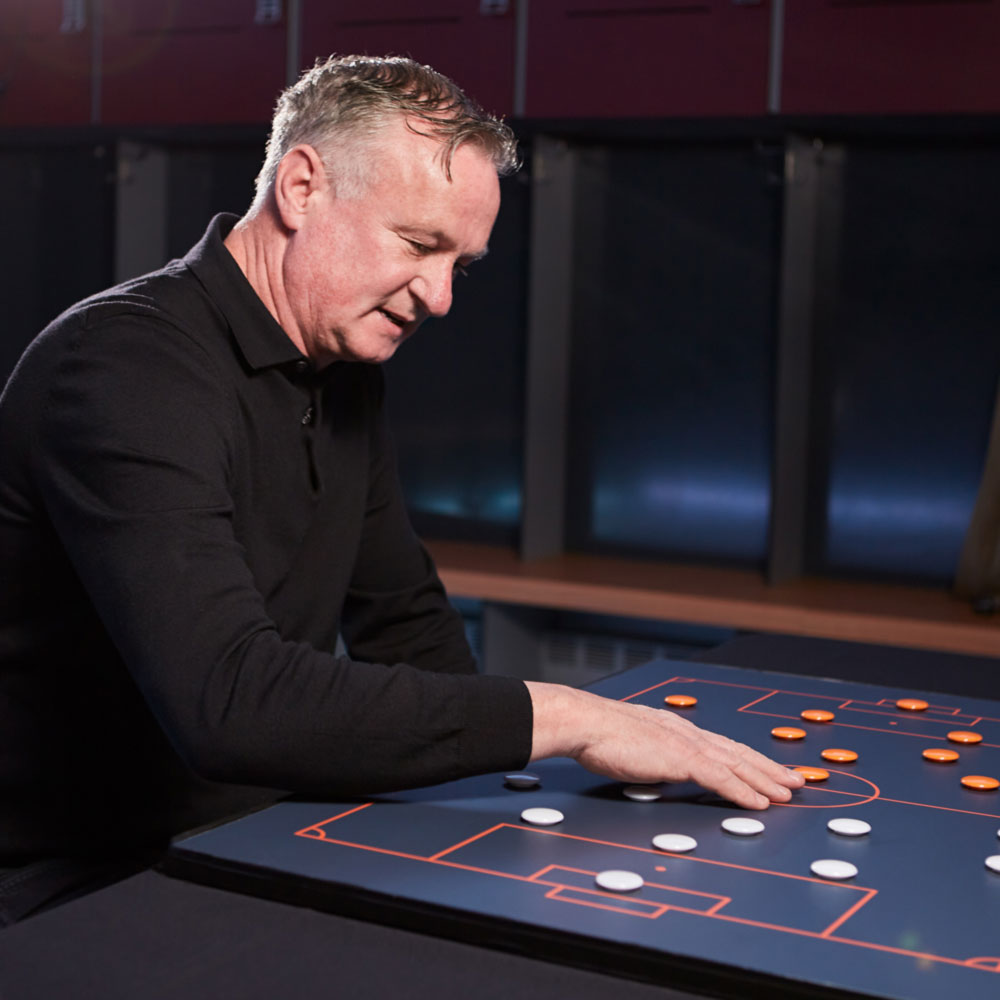 In his second Coaches’ Voice Masterclass, Michael O’Neill looks back on one of the most momentous days in the history of the Northern Ireland football team.

O’Neill became Northern Ireland head coach in 2011, and went on to lead his team to the 2016 European Championship in France – their first appearance at a major tournament since the 1986 World Cup. There, after losing their opening game to Poland, O’Neill masterminded a hugely important 2-0 victory against Ukraine. The win was Northern Ireland’s first at a major men’s tournament since they beat hosts Spain at the 1982 World Cup, and ultimately helped them reach the last 16, where they lost to a Wales team managed by Chris Coleman and starring Gareth Bale and Aaron Ramsey.

In this exclusive Masterclass, O’Neill reveals the changes he made to the team and its tactics after the Poland defeat. He explains how he set his side up to limit the impact of Ukraine’s dangerous wide attackers, Andriy Yarmolenko and Yevhen Konoplyanka, and how he selected an all-action midfield and front line to threaten the Ukraine back line in attacking transition. It’s a brilliant insight into one of the most iconic games in Northern Ireland’s footballing history.