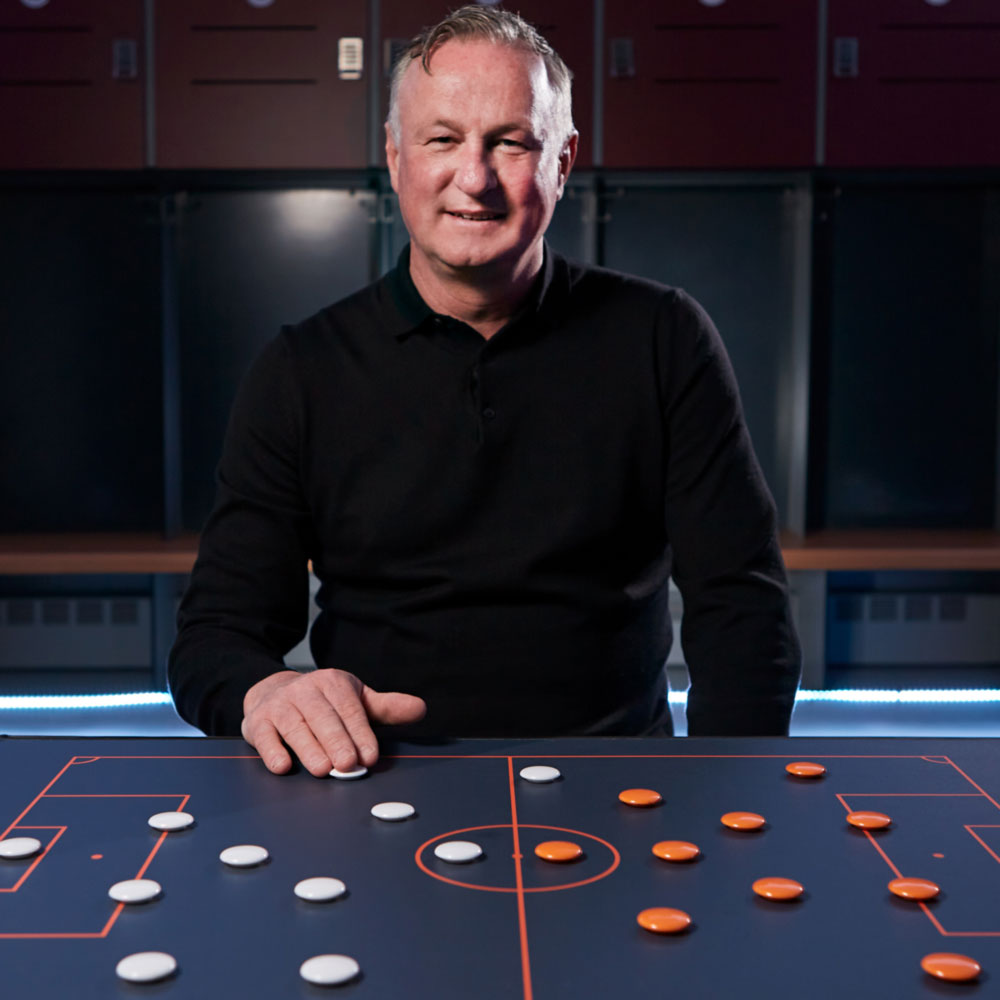 In the first of two exclusive Masterclasses with The Coaches’ Voice, Michael O’Neill relives his Stoke side’s away victory over a QPR team then managed by Mark Warburton in December 2021.

QPR went into the match challenging for third position and having scored at least one goal in each of their previous 31 Championship fixtures, while O’Neill’s team had succumbed to successive defeats in their last two matches. The Stoke boss reveals how he adapted his tactics for a game in which he knew his side would have less possession.

He explains his plan to stifle the threat posed for the hosts by creative outlets Ilias Chair and Chris Willock, and outlines how he used advanced midfielders Mario Vrancic and Romaine Sawyers to unlock his own team’s attacking potential – and the pace of Tyrese Campbell (above) – in transition.

Ultimately, O’Neill’s team won 2-0 despite having less than 35 per cent possession. As such, this Masterclass gives a fascinating insight into employing a counter-attacking game plan against strong and dangerous opposition.