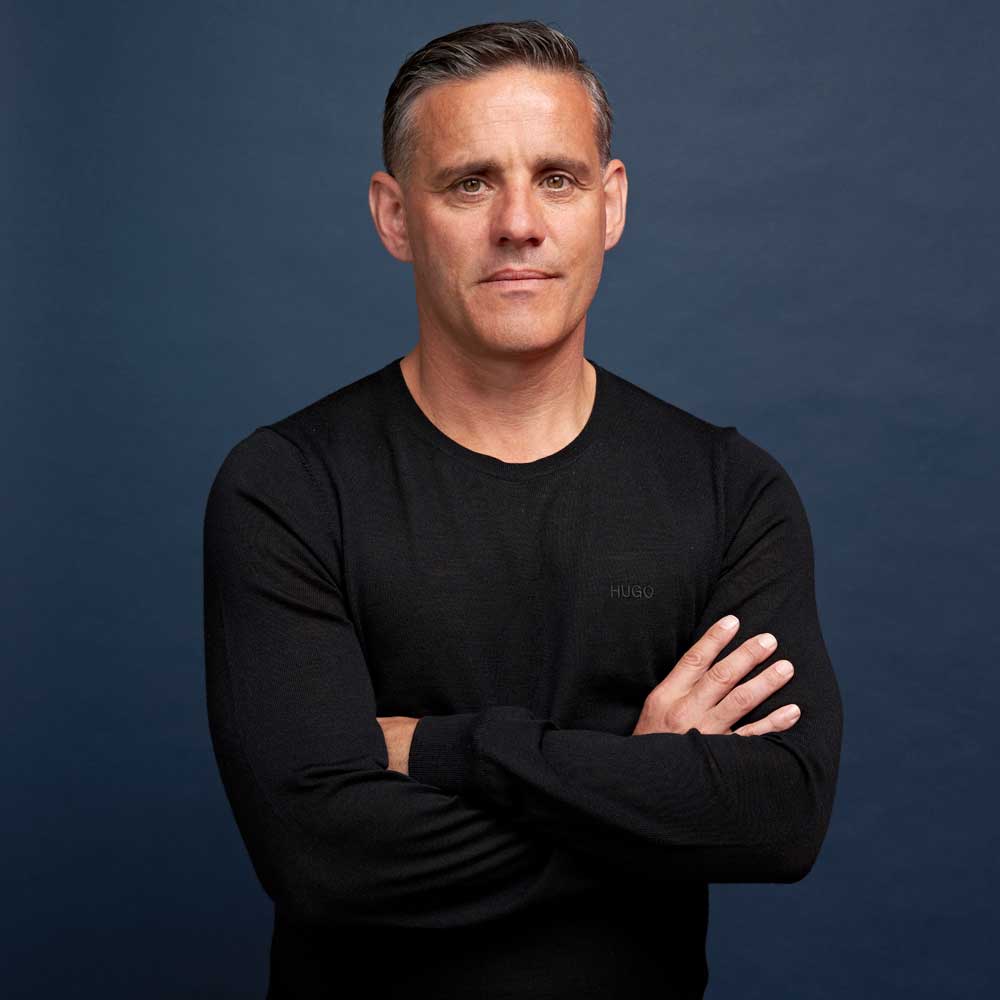 The 1986 World Cup was the tournament that really ignited my passion for football.

Gary Lineker and his wrist bandage; Maradona’s hand of God; everything about it, I just loved. It was the first World Cup I had the Panini sticker album for, so I remember the Canada team.  That was the last – and only other – time Canada has qualified for a World Cup.

When I first got the Canada head coach job in March 2018, my first meeting with the players was a big moment. I knew they would be more than curious to find out about me given my surprise appointment.

As I stood in front of the players, I had to put my own doubts out of my mind, with imposter syndrome inevitably setting in. I took a deep breath, and set about sending a very clear message.

This time it was going to be different.

Before the meeting I’d worked hard with my staff to understand the group, with anonymous surveys and individual interviews. I had conversations with more than 40 players, and I asked them all the same three questions: why they wore the shirt, what they wanted for the national team, and who they were wearing the shirt for.

One player was driving his car when he took my call, but after the first two questions he told me he had to pull over. “This is emotional stuff,” he said. “I’ve never been asked this before.”

"There had been training-session punch-ups in my first couple of camps, but these quickly became a thing of the past"

Three simple themes emerged from my chats with the players. They wanted to create history with their results; they wanted to leave a legacy by increasing the level of respect in the game for Canadian men’s football; and they wanted to become heroes for the next generation.

So, during that first meeting with the team, I simply relayed back to the players what I’d heard.

What I’d really noticed in these conversations was that these players – especially the younger ones – would be willing to listen to what I wanted to tell them: that we will qualify for Qatar in 2022. I told them that the next four years of work would be about becoming the first Canadian men’s team to score a goal at a World Cup and to win a World Cup game. And, in doing so, to bring the country together in a way only football can.

I can imagine some of the players were a bit taken aback. I’d never coached an international men’s team, and Canada hadn’t even reached the final qualification round for a World Cup in 20 years. There was good reason for them to be sceptical, but by the end of the meeting many of the folded arms around the room had relaxed. I could sense the buy-in. So, we set about our mission together.

The first two years in the job was an amazing ride. Internally, we targeted five key objectives in which we believed we could genuinely be the best in CONCACAF, regardless of the resources Mexico and USA had and not to mention their player pools.

One of these objectives was to have the best team spirit. We began working methodically on creating a connection between the players and staff to the jersey. The common goal was to change the game in Canada forever.

"you have to contend with extreme altitude, quick turnarounds, long travel and time-zone changes"

I firmly believe that teams can only overachieve, and push beyond their expected performance limits, from a foundation of trust and security. That only comes about through deliberate and consistent work. You can’t leave team spirit to chance, as it’s the key to unlocking other parts of team performance.

The appointment of Robyn Gayle, who had worked with me in the women’s programme as cultural and wellness manager, was a critical step to bringing our objective to life. Robyn was an Olympic medallist with the Canada women’s team at London 2012, and after she retired in 2015 she took up the cultural role on my staff when I was manager of the women’s team. Our aim back then was to achieve a second successive podium finish in Rio 2016. And we did, winning the bronze medal behind Germany and Sweden.

Having a dedicated resource to execute the cultural plan ensured our team spirit was always heading towards our objective of being the best in this area. We introduced rituals around match days and training, set out a list of behaviours we called the ‘code of the shirt,’ analysed the players’ on-field actions and gave them video examples of players putting the code into practice. We also developed the leadership group, who would later play an instrumental role.

With team spirit improving, there was an evident togetherness in the group. The brotherhood was forming. There had been training-session punch-ups in my first couple of camps, but it quickly looked like these were a thing of the past. The threats inside our team were all but gone, leaving the players free to focus on their roles and the external threats to our team: the opponents that stood in our way.

Our next objective was to be the most organised and adaptable team in CONCACAF. That moved to front and centre.

The coaching staff had worked to create a tactical vision for the team that was built around making us competitive in what is a challenging CONCACAF environment. The aim was to remain tactically adaptable so we could change things up depending on our opponents. In CONCACAF, you play Central American teams one game, and Caribbean teams the next.

"I realised just how far we’d come. with World Cup qualification just around the corner, we were ready"

On top of the different tactical profiles of these teams, you also have to contend with extreme altitude, heat in one game and then cold in the next, quick turnarounds between games, long travel and time-zone changes.

For this, we needed buy-in from the players. We trained several different formations, which we could change between in games or from match to match. As a result, we had the added benefit of keeping opponents guessing.

We also knew that a poor mindset could undermine the quality of our players or the work we’d done on our shape, so we worked hard to create flexible, adaptable and resilient players. When it all came together, we were the most tactically flexible team in CONCACAF.

The 2021 Gold Cup was a big moment for the team because we did exceptionally well despite being without a lot of key players. Our team spirit and tactical adaptability saw us through to the semi finals, where we faced Mexico.

I remember the game so vividly. It felt like we were in a war. There were 70,000 fans in the stands, the majority of whom were Mexican. Bottles were thrown into the technical area, and there were scuffles on the field that got everyone on both benches on to their feet.

Canada of old might have crumbled, but the team stood strong and showed that this was a new Canada. We went behind, but Tajon Buchanan’s equalising goal on the hour mark showed a new belief and confidence in the group. There was a collective fight that hadn’t been there before. It was just relentless, and you could see in the Mexico players’ body language that they hadn’t expected it.

Mexico scored a winner deep into injury-time, and that was really tough to swallow. But the disappointment in our team huddle turned quickly to focus as Jonathan Osorio gave a rousing speech about our bigger ambitions. That made me realise just how far we’d come. With World Cup qualification just around the corner, we were ready.

Heading into the latter stages of qualifying, the leadership group set the mission for the team: to show our country that this was a new Canada team. We set out to qualify for the World Cup undefeated, and to come top of the group.

We went unbeaten in our first 11 qualifiers, only conceding five goals. In the end, we topped the eight-team group as CONCACAF’s top scorers. We beat Mexico, the United States, Costa Rica and Panama, who had all qualified for the previous World Cup. Eventually, we sealed qualification with a game to spare with a 4-0 win at home to Jamaica.

Canada were going to their second ever World Cup.

It’s hard to explain what it meant when that happened. It really is hard to put it into words.

You can talk about qualifying all you like. But when the moment actually comes, when people have been starved of the biggest event in football for 36 years, it’s an incredible feeling.

"We can go into the tournament totally fearless"

To know you’ve contributed to that is really special, and we certainly enjoyed the achievement.

When it comes to the tournament itself, I know we’ve got to enjoy 2022. We’ve got a home World Cup to look forward to in 2026. We can have big expectations for 2026, but the first thing to focus on is enjoying this moment.

A goal will send the country wild. We’re all craving that first World Cup goal for Canada. That moment the ball hits the back of the net. Just the thought of it makes the hairs on the back of my neck stand up.

We can go into the tournament totally fearless. We know we’re underdogs, but we’re looking forward to embracing that tag.

Few expected us to qualify at all, so who knows what we can achieve when we get to Qatar?

Sometimes all it takes is committed minds to some seemingly impossible goals, and we’ve got a fair few of them.