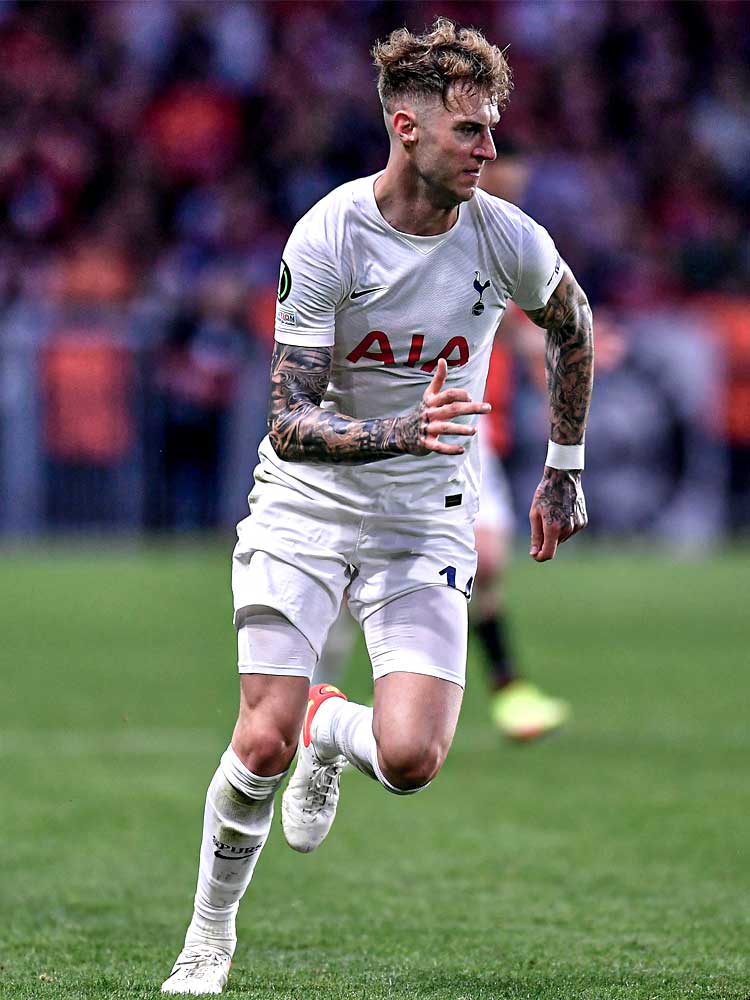 Joe Rodon has long been tipped for a big future, so for those aware of his talents it was little surprise that Tottenham decided to sign him to strengthen their options at centre-back. Nevertheless, it was still a shock just how quickly he started playing regularly for the first team at Spurs, given he was only 22 when he joined in October 2020 and had made just 52 appearances in the Championship. He swiftly adapted to the Premier League, though, and is clearly capable of playing his football at the top level.

In an Ask The Coach session with CV Academy (below video), FAW technical director David Adams picked Rodon out as one of the best players he has ever coached. Clearly, Rodon has long demonstrated huge potential. “I really enjoyed working with Joe,” Adams said. “He’s already a fantastic player and he will only get better. His mentality is fantastic, his work ethic was amazing, and he was just a joy to coach. He’d been in the system a long time – since he was nine years old – so he was used to being coached, and that is just a pleasure for a coach. He was ready to buy in to anything you proposed.”

Tactical analysis
Rodon is an athletic defender who boasts the necessary attributes to succeed as a centre-back in the modern game. Tall, strong, quick, good in the air, comfortable on the ball and able to play off of either foot, he is the typical all-round defender.

He stands out for his ability on the ball as, having broken through in a Swansea team that likes to keep the ball on the floor, he is content bringing play out of defence and will often be the player to receive the ball from the goalkeeper (below). He is calm under pressure and regularly finds his target with his passing, so can be useful when his team are pressed high up the pitch. He is quick to move the ball from side to side – thanks to his ability to pass with both feet – which can help his team switch play quickly and try to take advantage of any gaps in the opponents’ structure as they shift across the pitch.

Though he is stronger with his right foot, he can also pass with his left, and that ability means he can play on either side in central defence. When playing as the left-sided centre-back, his preference is to sweep the ball across his body and find the left-back quickly, and whenever possible he plays those passes into advanced territory to invite that left-back to progress forwards. In all situations he prefers to keep his passes short; his long passing is far less effective, and he regularly gives the ball away when attempting them.

Out of possession, his versatility and ability with both feet helps because he is comfortable defending balls played to either side and he can also jockey an opponent in either direction equally well. He can turn and sprint to either side, and is able to tackle and block with either foot when he needs to take evasive action.

He is always happy to compete in a physical battle for the ball and will often look to jump forward to try and win the ball at the earliest opportunity. He is particularly good at stepping around his opponent to win the ball before it reaches them, and that results in him making a large number of interceptions (below). In his first full season at Tottenham, Rodon averaged 2.6 interceptions per 90 minutes of Premier League football. Not only was that by a distance the most of any player in the Tottenham squad, it was also the highest rate of all players in the entire Premier League to make at least 10 appearances during 2020/21. Most of the others near the top were central midfielders; clearly, Rodon is among the most proactive of centre-backs.

A significant part of the reason he is so successful with interceptions is his anticipation of when an opponent is going to make a pass, and the speed of his reaction to any pass coming his way. Even when he is initially a few yards behind his opponent, he can quickly step up and will step across an attacker to make an attempt to win the ball. He uses his upper-body strength to lean into the attacker and put them off-balance before taking his chance to make a clearance or, if he can, control the ball and pass to a teammate.

Role at Tottenham
Rodon has played a variety of centre-back roles for Tottenham, and has looked equally comfortable in each one. He has played in all three central defensive positions in a back three, and both as the right-sided and left-sided centre-back in a back four. His versatility allows his defensive partner or partners to be played in their favoured position; Rodon can be repositioned to accommodate less versatile teammates. At Tottenham that has been particularly useful, because the departed Toby Alderweireld and Davinson Sánchez are both more comfortable on the right-side of central defence, and since Jan Vertonghen’s departure Spurs have lacked a natural left-sided centre-back.

The fact he is comfortable bringing the ball out of defence from a range of positions means that his team can mix up how they set up in build-up phases. Whether Spurs start with back three or a back four, they can build with a three in their first line (below), and as Rodon can play in any position in a back three, his team can shift from a back four to a three with two centre-backs and a full-back or two centre-backs and a midfielder dropping in to any position, and Rodon will happily adjust.

He likes playing for a team that dominates the ball, but under José Mourinho at Tottenham he showed he is more than capable of performing well in a defence that is placed under a lot of pressure and has to make a lot of defensive actions.

Rodon was tested against some tough opposition in his first season in the Premier League, starting games against Chelsea, Liverpool and Manchester United. He was mostly partnered with Alderweireld or Eric Dier, both of whom lack pace and rely more on their positioning than speed to get themselves out of a bad situation, and played together when Mourinho wanted his team to sit back. Rodon, however, also played with Sánchez in games where Spurs were more likely to dominate the ball and leave space for their opposition to counter into because he, like his Colombian centre-back partner, is fast enough to recover.

Rodon playing in high-pressure, high-stress games against top-class opposition at such a young age certainly bodes well for the future, as does the fact he also played in games where Tottenham’s approach was far more proactive. Versatile, adaptable, assured, a capable defender and a player who leads by example, Rodon has a bright future in north London.