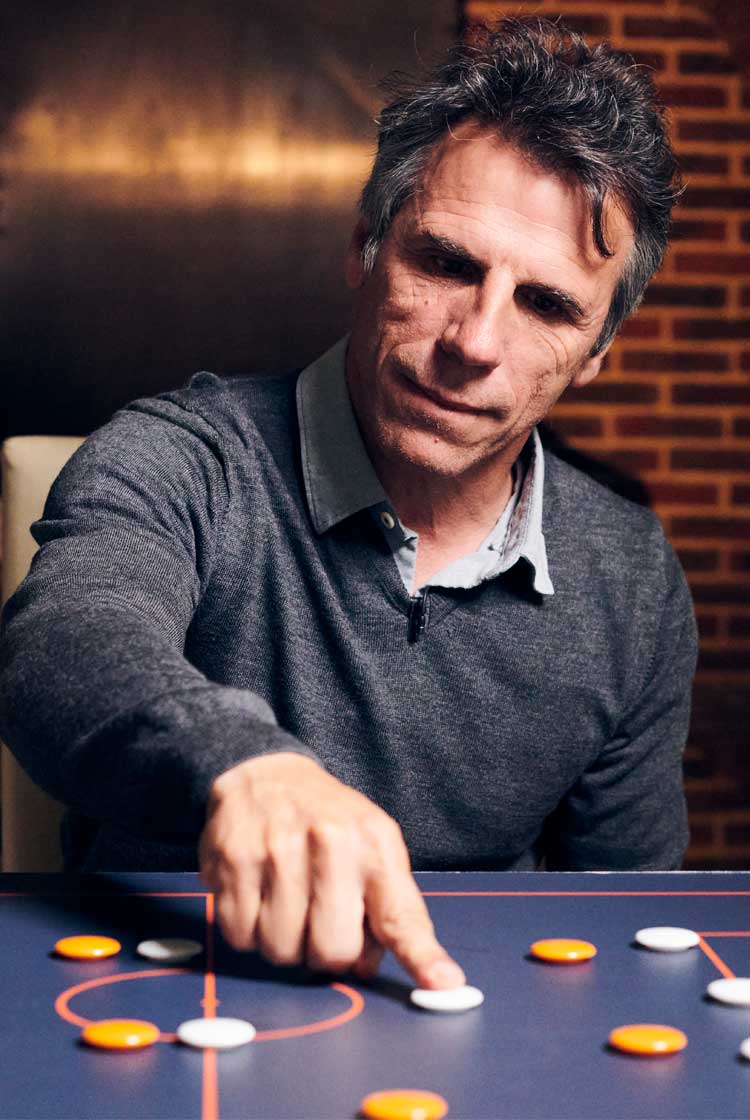 In the second of two exclusive masterclass features with The Coaches’ Voice, Chelsea legend Gianfranco Zola looks back on how his role as a player changed over the course of his career, and – crucially – how his arrival in the Premier League helped change English football forever.

Having played in a variety of positions in several different formations for Napoli and Parma in his native Italy, when Zola arrived at Stamford Bridge he was expected to fit into Ruud Gullit’s 4-4-2. At first, he played as a wide midfielder – as he admits most players of his kind did in those days – but following an injury to Gianluca Vialli, he was given a chance up front alongside Mark Hughes. Early on in this new position, Zola scored twice in a 2-0 win at Aston Villa, and he kept his spot up front alongside Hughes, a player he says played a huge role in his success with Chelsea. However, as a different type of player to traditional centre-forwards in England, Zola developed the role of a second striker by dropping into positions between the lines to receive the ball.

Here, Zola talks us through how he, Arsenal's Dennis Bergkamp, and Manchester United's Eric Cantona changed the face of English football by playing like a number 10 in a 4-4-2. Zola also explains how he regained his position in the team later on in his career, when Chelsea were managed by Claudio Ranieri.