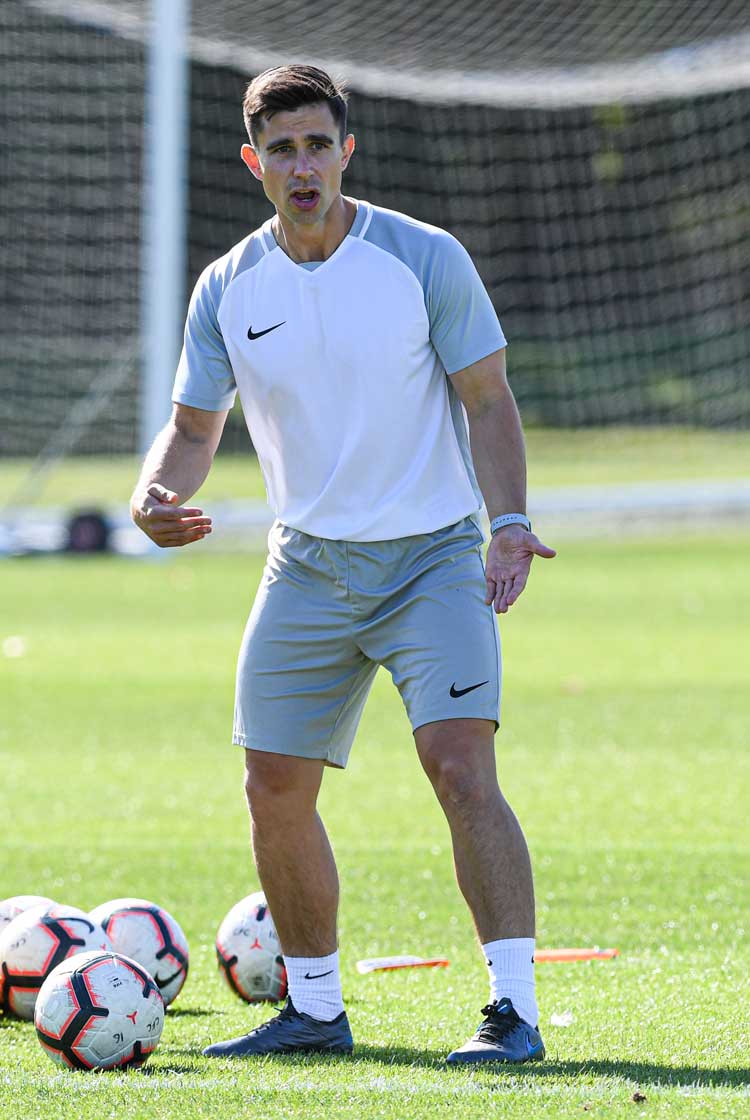 Having seen Italy’s high press disrupt England’s attempt to play out from the back in the Euro 2020 final, you might be wondering how a coach could go about teaching their defenders to keep the ball and remain calm when under pressure. You might also be interested as to what Manchester United’s new set-piece specialist and individual development coach, Eric Ramsay, will bring to his new club. The Coaches’ Voice Academy has all the answers, having featured Ramsay taking a session on how to build out from the back when under pressure from his spell as Chelsea Under-23 assistant coach.

Ramsay studied sports science at Loughborough University before working in both the Swansea and Shrewsbury academies. He eventually worked with the first team at Shrewsbury, before earning a move to Chelsea. However, having studied at university alongside United’s assistant first-team coach, Kieran McKenna – whose exclusive Ask The Coach Q&A session with The Coaches’ Voice you can watch here – Ramsay was recommended in glowing terms to manager Ole Gunnar Solskjaer. As one of the most highly rated young British coaches around, Ramsay brings a wealth of talent to the United set-up.

Ramsay’s coaching course with CV Academy focuses on how to build out from the back when under pressure. Using a combination of possession-transfer games and small-sided games, Ramsay introduces the basic concepts of build-up play when under pressure, with the aim of teaching the players how to find the spare player when in possession with an overload, how to bring the ball out with control and how to move the ball through the thirds crisply. On a loss of possession, there is also focus on reacting immediately to win the ball back as quickly as possible, with particular emphasis on the attitude and mindset necessary to do so. Switches of play also play a prominent role in the session.

As Ramsay highlights, also of paramount importance to the success of coaching this topic is the detail of passes – playing to the recipient’s front or back foot, or in front of them – as well as how to correctly receive a pass when under pressure, including correct body shape when taking the ball in. He also explains why the words ‘opposites’ is crucial in this topic: playing the ball out wide to stretch the opposition before trying to play through them or playing the ball into central areas before moving the ball to try to play around the opposition.

Ramsay’s course is free to view in full here. If you like what you see and want to watch more coaching courses from CV Academy, you can subscribe here.