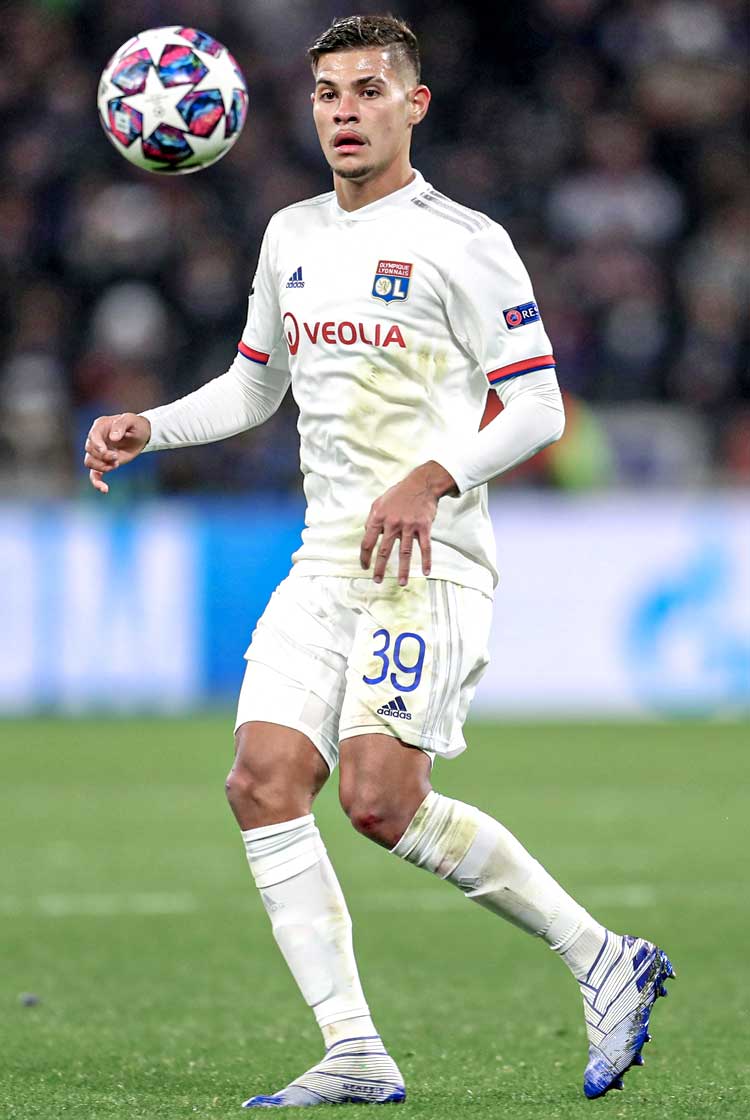 Newcastle made the biggest signing of the Eddie Howe era when they brought in Bruno Guimarães from Lyon for £33m. A central midfielder with Champions League experience and international caps for Brazil, Guimarães is expected to quickly raise the quality of his new side. His new manager is in no doubt about what he can bring to the team.

"Bruno is a hugely exciting talent and has been one of our primary targets so I'm delighted to secure him," Howe said. "He strengthens the group immediately. He has been one of the standout performers in France and is a full international for Brazil, so I have no doubt our supporters will really enjoy watching him.

Guimarães is right-footed, and can play as a deep-lying midfielder or higher up in a central-midfield two or three. He stands out most for passing range, and in particular his forward passing. He breaks lines with his passing into more advanced teammates, and progresses play forwards in a variety of ways. His distribution in central areas is very effective, and he has the ability to vary his passing depending on the movements and positioning of players ahead of him.

Guimarães will usually focus on keeping his passes in the centre of the pitch, and he has the ability to unlock a defence with a single pass to find a runner in behind. The detail on his passes along the ground is superb; he finds gaps in the opposition that other players would not see. If there is no gap available, he will look to play over the opposition.

Against a low block, Guimarães shows his range of passing from in front of his opponents’ midfield line. He is able to break through, around or over a block with his passing (above). His decision-making as to when to release the ball leads to him being able to unlock the opposition impressively. He also circulates the ball well, which can help to move the opposition around and create gaps. He shows a good understanding of when to change the tempo and speed his team’s move up with a quick pass – something that can exploit gaps created by more patient build-up. Whenever the chance arises to play a penetrative pass, Guimarães will look to take advantage.

As well as breaking through centrally, Guimarães helps his team progress out wide through switches of play. He will usually operate in the inside channels to receive, before targeting the far side with a long ball. This movement towards the ball drags an opponent with him. Even though that means he has to play a longer pass, this will usually leave more space for him to aim for (below). As he can play accurate long balls with a low trajectory, he sparks moves into life by switching play.

When he has more time on the ball, Guimarães will wait to see if a central pass is available, holding on to it for as long as he needs to. Should the best option be to play around the opposing block, Guimarães will use central movements from teammates as a decoy. Opponents are then dragged infield, creating more room for a teammate out wide.

Without the ball, Guimarães is strong, aggressive and extremely competitive when it comes to regaining possession (below). He is versatile and hard-working when it comes to covering behind teammates, and he will happily move out wide to compete for the ball. He is quick across the ground, and can also tackle with both feet. This means he doesn't always show opponents towards his stronger side; he is difficult to beat as a result.

He looks to win the ball as early as possible. Although this can be useful, he sometimes struggles to slow down after moving out to press an opponent aggressively. This can lead to opponents receiving on the move and quickly moving past him, or to him conceding free-kicks.

Playing as a pivot

Under Rudi Garcia at Lyon, Guimarães was used in a double pivot in a 4-2-3-1 and as the single pivot in a 4-3-3. When playing as the single pivot, he occupied the central lane more, with number eights to either side. The wingers pushed inside, and the full-backs overlapped to give the team width. Lyon’s number eights – picked from Lucas Paquetá, Houssem Aouar and Maxence Caqueret – then took up positions close to the narrow wingers, Karl Toko Ekambi and Tino Kadeware. Guimarães provided a deeper option through which his team could circulate the ball from one inside channel to the other.

Under Peter Bosz in 2021/22, Guimarães played as part of double pivot in a 4-2-3-1 or in a back-three system. In both shapes, he dropped into the inside channels to connect the centre-backs to the wing-backs or full-backs (below). His positioning underneath the ball aided rotations in the wide areas, with the full-back overlapping and the winger pushing inside. His positioning gave him more options to find passes to players in between the lines, while also opening up the possibility for a switch of play to the opposite flank. Lyon’s winger on the far side held their width, safe in the knowledge that Guimarães would spot them and be able to pick them out.

Playing as a number eight

Garcia also used Guimarães as a number eight in a 4-3-3 shape. Whenever the single pivot dropped into the defence to form a back three during build-up, Guimarães and the other number eight formed a double pivot. However, with Léo Dubois and converted full-back Maxwel Cornet pushing even higher from this shape, Lyon’s wingers moved narrow earlier. This allowed centre-forward Memphis Depay to drop into midfield. Following these moments, Guimarães had plenty of central passing options, and the increased height from the full-backs created an option to switch play. This shape, and Guimarães’ position, helped him find some some of his best form for Lyon.

Whenever Lyon’s single pivot in the 4-3-3 held their position, Guimarães was free to move higher. From the inside channel, Guimarães looked to combine with the narrow front line with quick, short passes. In this role, the Brazilian showcased his short-passing ability, and proved capable of breaking down opponents with quick passing combinations.

Guimarães' talent is undeniable, and it will be fascinating to see how he adapts to life in the Premier League. Newcastle will be a big change – in many ways – from what he is used to, but Guimarães certainly has the ability to succeed in England.