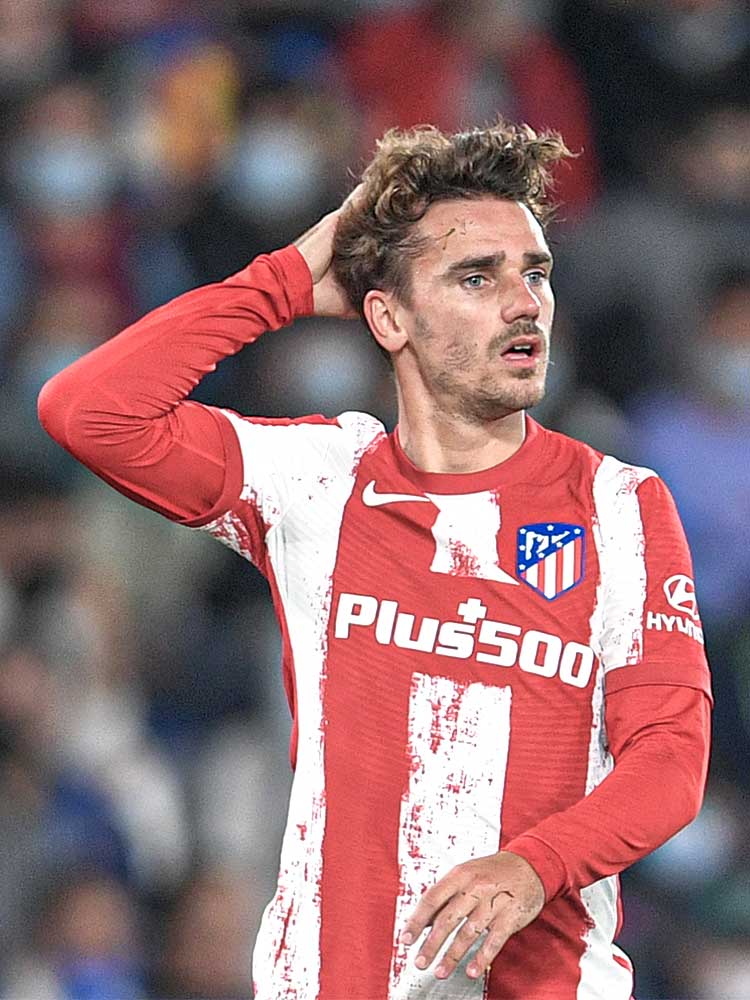 Profile
Antoine Griezmann initially struggled at Barcelona following his £107m move from Atlético Madrid. Having become one of the most influential players in Diego Simeone's team, he had to readjust to life in the shadow of others – namely Lionel Messi – at the Camp Nou.

After a difficult and trophyless first season, the departure of Luis Suárez to Atlético and Ronald Koeman's appointment as manager improved Griezmann's prospects. "Antoine is a very important player," Koeman said. "He's someone who always helps the team, works hard, and looks out for the group." His return to Atlético, in a season-long loan deal that will be made permanent, therefore not only reunites him with the manager who inspired him to produce his finest football to the extent Barça paid so much for him, but after the arrival of Matheus Cunha further strengthens Atlético's attacking options.

Tactical analysis
Griezmann combines the goalscoring instincts of a number nine with the creative qualities of a 10. He relishes dropping into deeper positions to receive passes to feet before turning and advancing play with a pass, but he also advances into the penalty area and has more close-range chances than most traditional 10s.

At Atlético, Griezmann was accustomed to playing in a front two, but would usually be the more withdrawn of that two. Aged 27 he also helped France win the 2018 World Cup in a front three alongside Olivier Giroud and Kylian Mbappé. He is a versatile forward who can do a number of different jobs and offers a threat in a variety of ways.

Much of his effectiveness owes to him drifting away from his position – wherever he plays – and therefore forcing opposing defenders into a decision over whether to follow him or to pass him on to a teammate, potentially leaving him free to take the ball in midfield. Griezmann is skilled at moving into positions that make it difficult for the opposition to know whose responsibility he is, thereby increasing the chances that he will be left free. He also has the ability find a forward pass after a defender follows him out of position, creating the possibility of a teammate getting in on goal (above).

When he drifts around the attacking third, Griezmann scans constantly and looks for where spaces are opening up (below) so that he knows where to play when he receives possession, or where to run. With the picture he builds in his mind he knows when he is able to turn and play forwards and when he has to play back to a teammate in the direction he is facing; he also makes good decisions regarding which option to take, which given Barça’s dominance of possession was very important. It is nearer to goal that his predatory instincts emerge. The majority of his goals come from close range and owe to his anticipation of where the ball will be delivered. He often lets play drift ahead of him in the build-up phases before bursting into the penalty area on the blindside of his opponent to meet a low cross.

Role at Atlético Madrid
Griezmann has mostly been used in a front two or as one of two 10s since his return to Madrid, where he has featured in their long-favoured 4-4-2, and in the 3-5-2 and 3-4-2-1 they have experimented with. It is in their 3-4-2-1 when he is one of their two 10s, and prioritises supporting their leading striker.

Regardless of their shape, he continues to exert his greatest influence from a withdrawn attacking role that involves him creating for those making forwards runs, and supporting those in more advanced positions. He, similarly, poses an increased goal threat because of his ability to time his runs to target cut-backs, and to combine from between the lines with others during both periods of sustained possession and moments of transition.

When Atlético are organised into their 4-4-2 (above), Griezmann provides their leading link from midfield and into their leading striker – most commonly Suárez. If they are transitioning into attack he remains deeper, and in a central position from where he secures possession, is supported by those making runs through midfield, and targets Suárez's penetrative movements.

If their wide midfielders retain wide positions, Griezmann has increased freedom to stray from his starting position and to receive between the lines, and does so in the knowledge that the ball is likely to be worked back infield. The far-side wide midfielder often complements him by joining him in central territory from where Griezmann seeks to work possession through or around opposing defensive blocks, or to switch play into an advancing full-back. It is the presence of their double pivot that invites both full-backs to advance, in turn encouraging their wide midfielders to move infield, and ultimately to provide Griezmann with increased space to withdraw into and to receive the ball from in front of the opposition's midfield.

From their 3-5-2 he continues to prioritise similar spaces from between the lines, but does so with their two attacking central midfielders mostly occupying the inside channels. Should one make a run in behind, Griezmann can drift into a wider position, which he also occasionally does when their wing-backs resist advancing; he seeks to combine with those around him or further forwards, at a time when the relevant wing-back instead makes an underlapping run or provides support from behind the ball.

The presence of a second attacking player, between the lines, in their 3-4-2-1 (above) means Griezmann mostly instead operating towards one side of the pitch, and therefore with reduced freedom. That that is the case contributes to him more regularly attacking the far post, supporting from behind the ball in the centre of the pitch, or seeking to create from a wide position. There regardless remain occasions when he can withdraw into the inside channel, potentially as the third man, and when if possession is built elsewhere he provides penetrative, off-the-ball runs.