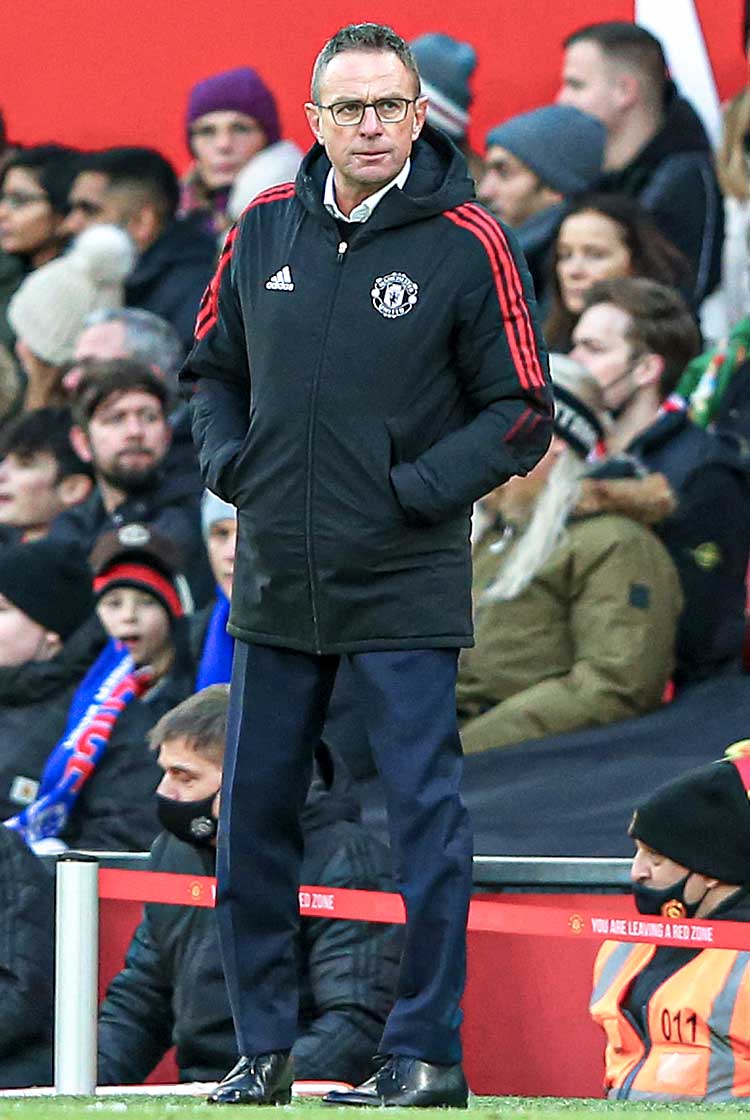 What is the 4-2-2-2?
The 4-2-2-2 is a formation that uses a traditional four-player defensive line and a midfield split into two pairs. The first – a double pivot – protects the central spaces ahead of the defence, and the second – a more advanced pair – primarily operates between the lines, in support of two centre-forwards.

Where does the 4-2-2-2 originate?
The 4-2-2-2 formation, sometimes referred to as the “magic box”, “magic rectangle”, or “magic square”, is thought to have first been used in 1950s Brazil, where Flávio Costa focused on free, fluid and improvised attacking play.

French manager Albert Batteux then used the 4-2-2-2 structure in winning eight Ligue 1 titles – the most by any manager – in the 1950s with Reims and the 1960s with Saint-Étienne.

The 4-2-2-2 system was then used most prominently in South America, although the France national side won Euro 1984 using it.

What are the players’ in-possession responsibilities in a 4-2-2-2?
The full-backs provide the team's attacking width in a 4-2-2-2, often moving ahead of the double pivot. The centre-backs use the double pivot to build from the back, while also breaking lines with passes into the attacking midfielders when possible.

The double pivot supports attacks underneath the ball, and provides cover inside and behind the advanced full-backs. One of the players in the double pivot may drop into the back line after the full-backs have pushed forward to create a back three. Alternatively, one of them may provide a delayed forward run to join the attack.

The number 10s are the primary creators, and both the most interesting and unique aspect  of the 4-2-2-2. They aim to get into positions between the lines to  pick up the ball (above). They link the defence and double pivot to the centre-forwards, while also offering an additional goal threat, bursting forward during counter-attacks and subsequent moves to pick up second balls and shoot from distance. It’s also common to see the 10s moving wide to support the advanced full-backs. They may deliver crosses or make decoy runs to create space for the full-back to cross.

The centre-forwards stay highest, and are responsible for creating and finishing chances. They occupy the opposing centre-backs, link play with midfield runners, attack crosses, through balls and cut-backs, and stretch the opposition by threatening the space in behind. One of the two strikers may drop short to create space for a midfielder to run in behind, but they mostly remain central and high up the pitch.

What are the players’ out-of-possession responsibilities in a 4-2-2-2?
The back line of four sets up like any other back four, staying compact and protecting the spaces closest to goal. However, the full-backs may push forward to press an opponent. When one does so, the centre-backs and far-side full-back slide across the pitch to cover.

The double pivot protects the central spaces in front of the centre-backs, but will push forward to support a high press if the manager wants them to. They will also be responsible for tracking runs from opposition midfielders beyond the midfield line.

The number 10s are likely to take up a narrow defensive position, staying close to the double pivot. When their team drops back into a block, they may move alongside the double pivot to form a second line of four and create a 4-4-2 block. When pressing high, the attacking midfielders could still start narrow, before moving to press the opposition full-backs or wing-backs in an attempt to lock play near the touchline with a curved press (above). Alternatively, the two 10s could press inwards, along with the centre-forwards, in an attempt to show the opposition into the crowded central area of the pitch. Here, the double pivot will then try and win the ball.

The centre-forwards are responsible for instigating the high press, and then applying pressure from behind the ball to stop the opponent from turning out and recycling possession. If the aim is to force play towards the touchline, the centre-forwards will press outwards and try to prevent the opposition from switching play.

Manuel Pellegrini, with several clubs
Manuel Pellegrini has used a 4-2-2-2 at Real Madrid, Villarreal, Manchester City and Real Betis, often converting from a 4-2-3-1 or a 4-4-2 in games. With Real Madrid, he used two of Cristiano Ronaldo, Raúl, Karim Benzema and Gonzalo Higuaín up front, with two number 10s selected from Kaká, Esteban Granero, Guti and Rafael van der Vaart. The team’s attacking width was provided by overlapping runs from Marcelo and Álvaro Arbeloa – or Sergio Ramos, used as a right-back – while Xabi Alonso and Lassana Diarra played as the double pivot (below).

Ralph Hasenhüttl, with RB Leipzig and Southampton
Hasenhüttl has used a 4-2-2-2 shape in both attack and defence, with an aggressive counter-pressing out-of-possession approach and direct, central counter-attacks. With Southampton, the width has been provided by right-backs Kyle Walker-Peters or Tino Livramento, who pushed forward (below), while Danny Ings and Ché Adams formed an impressive and dynamic centre-forward partnership in the 2020/21 season. One of them would drop short, while the right-sided attacking midfielder then pushed higher. The left-sided number 10, meanwhile, took up a wider position, giving more room for one of the double pivot to push forward on that side. The left-back tended to be more reserved than the right-back.

Ralf Rangnick, with RB Leipzig and Manchester United
Early in his Manchester United reign, Ralf Rangnick used a 4-2-2-2 structure with Cristiano Ronaldo up front alongside Marcus Rashford (bottom). Bruno Fernandes has continued as a number 10, but has more responsibility through the inside channels, with Jadon Sancho used in a much narrower role than he had previously played for England or Borussia Dortmund. The full-backs consistently push forward, with Scott McTominay and Fred forming a familiar double pivot to support the press from deep.

What are the benefits of playing with a 4-2-2-2?
The 4-2-2-2 shape can help create central overloads in dangerous positions around the opposition’s central midfielders, leading to frequent progress through the centre of the pitch.

When playing against a back four, both opposing centre-backs are occupied by the two centre-forwards. This discourages them from stepping into midfield to compete for the ball, which can help the two attacking midfielders receive in higher positions.

The presence of a double pivot enables the full-backs to attack simultaneously without the need for complex rotations or positional changes to add numbers in central midfield.

The 4-2-2-2 is a good shape from which a team can counter-press centrally, and also launch counter-attacks. This is because, without many movements or rotations, there should be significant numbers around the ball when possession is lost centrally.

The 4-2-2-2 also provides lots of defensive support and cover through central spaces, which is ideal for protecting goal in a mid-block. It also lends itself to forcing the opposition wide when they have the ball.

What are the disadvantages to playing with a 4-2-2-2?
The 4-2-2-2 lacks natural width in attack, so wider counter-attacks are rare. As a result, additional movements from the central players are often required.

The centre-backs are required to cover the wide areas whenever the double pivot can’t get across once the full-backs have pushed forward. This can lead to a detached back line, especially when dealing with quick, direct counter-attacks when the full-backs have advanced.

A team in a 4-2-2-2 can be vulnerable to accurate switches of play, with the wide areas left open much of the time.

The 4-2-2-2 is best suited to counter-attacking and threatening on transition, and is less effective during sustained periods of possession. In this scenario, players can block one another off due to being on the same vertical passing line, especially in central areas.