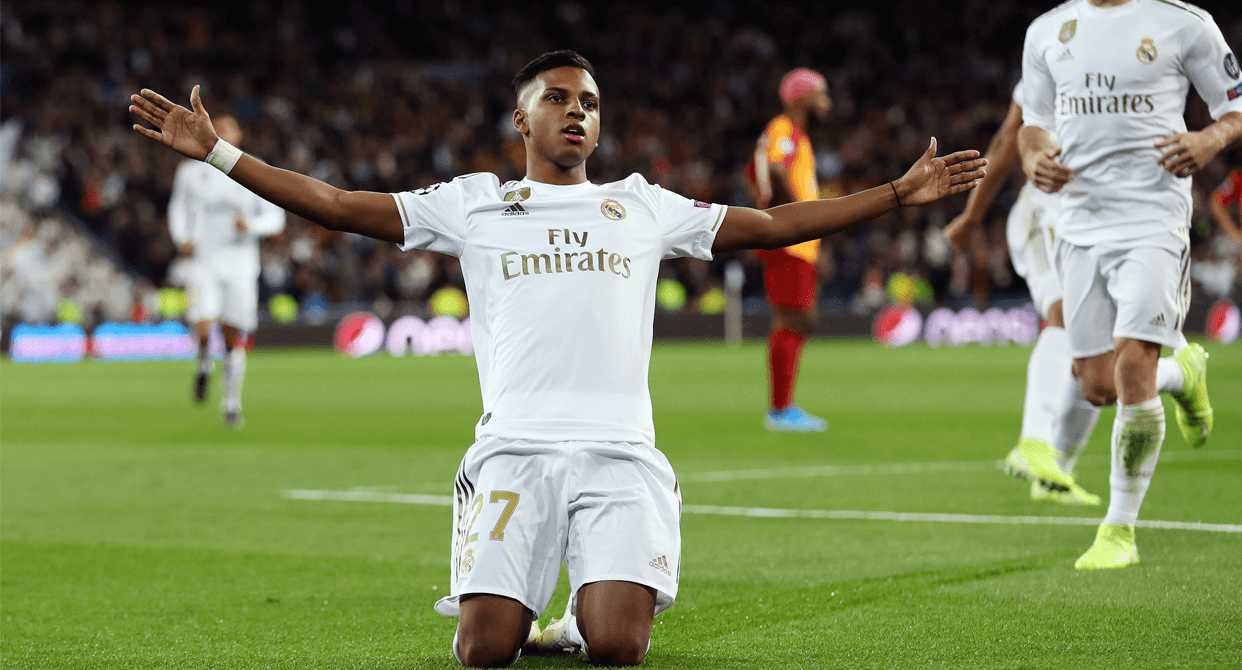 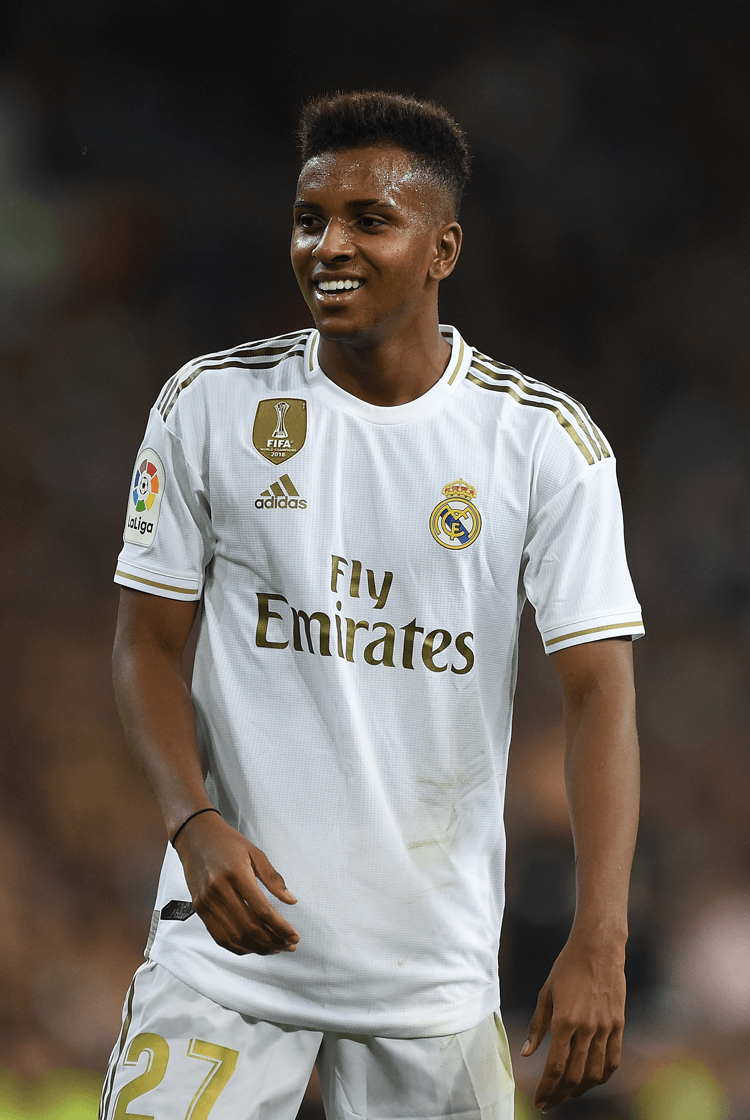 Bayern Munich and Paris-Saint Germain advanced to the last 16 during Gameweek 4 of the 2019/20 Champions League. The Coaches’ Voice team of professional coaches have revisited the tactical stories that underpinned victories for both, alongside those from the games involving Manchester City and 2019 runners-up Tottenham.

Real Madrid 6-0 Galatasaray, Group A
The combination of Marcelo, Toni Kroos, Eden Hazard and Karim Benzema along the left inspired the convincing victory that should ease some of the pressure that was building on Real Madrid manager Zinedine Zidane. Marcelo provided the attacking width, Kroos covered him as a false full-back, while Hazard and Benzema operated in the inside-left channels (below).

Benzema regularly vacated his nominal attacking position, which contributed to right-sided number eight Federico Valverde advancing to attack those spaces around the visitors' central defence. The impressive Rodrygo could then move inside from wide on the right, with right-back Dani Carvajal pushing into midfield, where he would have been.

The speed of combinations between Hazard and Benzema stretched Galatasaray, who also struggled with Marcelo's deliveries. Rodrygo was creative, and eager to combine, throughout the second half when he moved to the left after Hazard's departure, but in his absence on the right Real lacked width, because of Isco's desire to drift across the pitch instead of to advancing forwards.

Atalanta 1-1 Manchester City, Group C
The reigning Premier League champions were largely frustrated by a team they had so recently outclassed. Atalanta aggressively man-marked their attackers, full-backs and number eights so that their movements dragged their opponents out of position and created spaces elsewhere, but Manchester City were unable to capitalise, largely because they were reduced to 10 men.

Kevin De Bruyne demonstrated his awareness when bursting forward in response to Riyad Mahrez and João Cancelo withdrawing, and Raheem Sterling should have converted the resultant cross to give the visitors a two-goal lead. They again created via similar routes during the second half, but Atalanta's adjustments meant that they also posed a threat.

They adopted a more expansive shape that involved their front three rotating; one withdrew while the other two attempted to stretch in behind, forcing City's defenders to retreat. Width provided by their wing-backs also stretched City's midfield (above), and contributed to quicker attacks; their wider central defenders similarly rotated with the central midfielders in front of them, and the threat they posed could even have punished City's inability to take their earlier chances.

Bayern Munich 2-o Olympiakos, Group B
In their first fixture since Niko Kovac's sacking, Bayern Munich were largely in control of possession but struggled to create against their visitors' stubborn defence. Olympiakos largely remained deep and in a 4-5-1, and it was towards the right that Bayern had their greatest success.

Leon Goretzka advanced from within the double pivot of Bayern's 4-2-3-1 to join Thomas Müller between the lines. Joshua Kimmich therefore featured as the single pivot, and right-back Benjamin Pavard advanced into higher and wider territory (above) which, with Goretzka, created an overload against defending left-back Konstantinos Tsimikas.

That neither Goretzka nor Müller provided similar movements towards the left, and left-back Alphonso Davies remained deeper than Pavard, meant that Bayern struggled to make the same progress on that side.  It was when the hosts increasingly prioritised the inside channels around Robert Lewandowski that their wide attackers posed a greater threat and Olympiakos were put under more pressure, in defending against attacks from both sides.

Red Star Belgrade 0-4 Tottenham, Group B
Wide attackers Giovani Lo Celso and Son Heung-min largely inspired Tottenham's first away victory of 2019/20. They adopted particularly wide positions during the first half, when Spurs controlled possession and built around the hosts' 4-5-1 mid-block.

What they lacked was a penetrative individual, until Tanguy Ndombele advanced to join Dele Alli between the lines. When Red Star Belgrade attempted to frustrate Spurs out wide, spaces were created in more central territory.