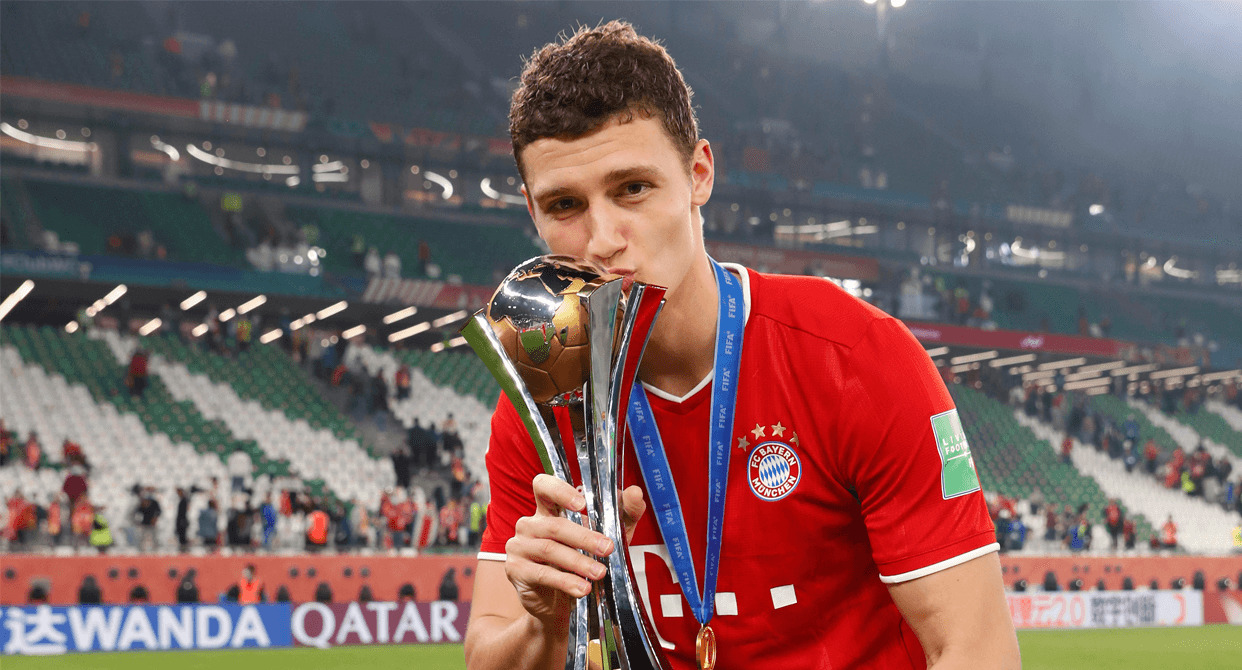 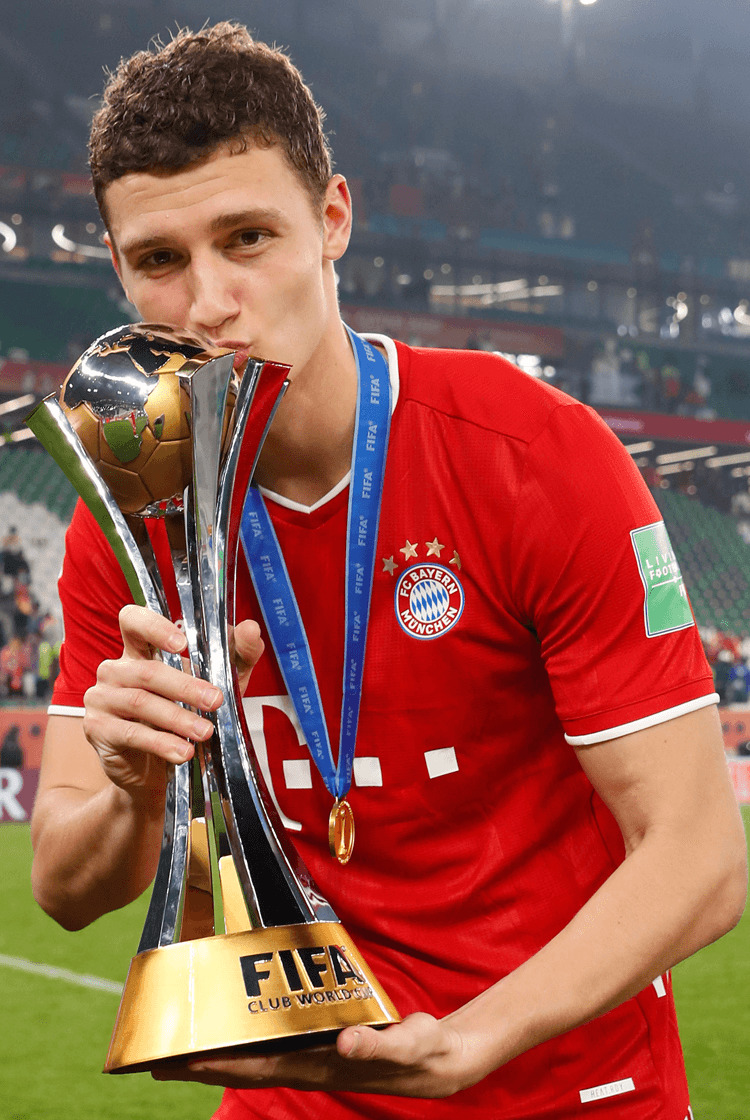 Bayern Munich won their sixth trophy in only nine months when Benjamin Pavard's second-half goal secured victory against Tigres in the final of the Club World Cup. Pavard's goal had been ruled out for offside against Robert Lewandowski until the intervention of the Video Assistant Referee (VAR) ensured it was awarded, securing their latest trophy to follow this season's UEFA and German Super Cups, and their Bundesliga, German Cup and Champions League victories of 2019/20. Tigres had been the first team from Mexico to reach the competition's final; Barcelona, in 2009, had previously done as Bayern have in winning six trophies. "They have certainly achieved something historic," Bayern's manager Hansi Flick said in Qatar. "Even for a successful club like FC Bayern, it is surely the best season they have ever had. The victory was in no way at risk. We were dominant and deserved to win." His opposite number, Ricardo Ferretti, said: "Bayern were the better team. We lacked something we’d shown in the matches beforehand, especially when we had the ball. Bayern’s pressing game is outstanding." 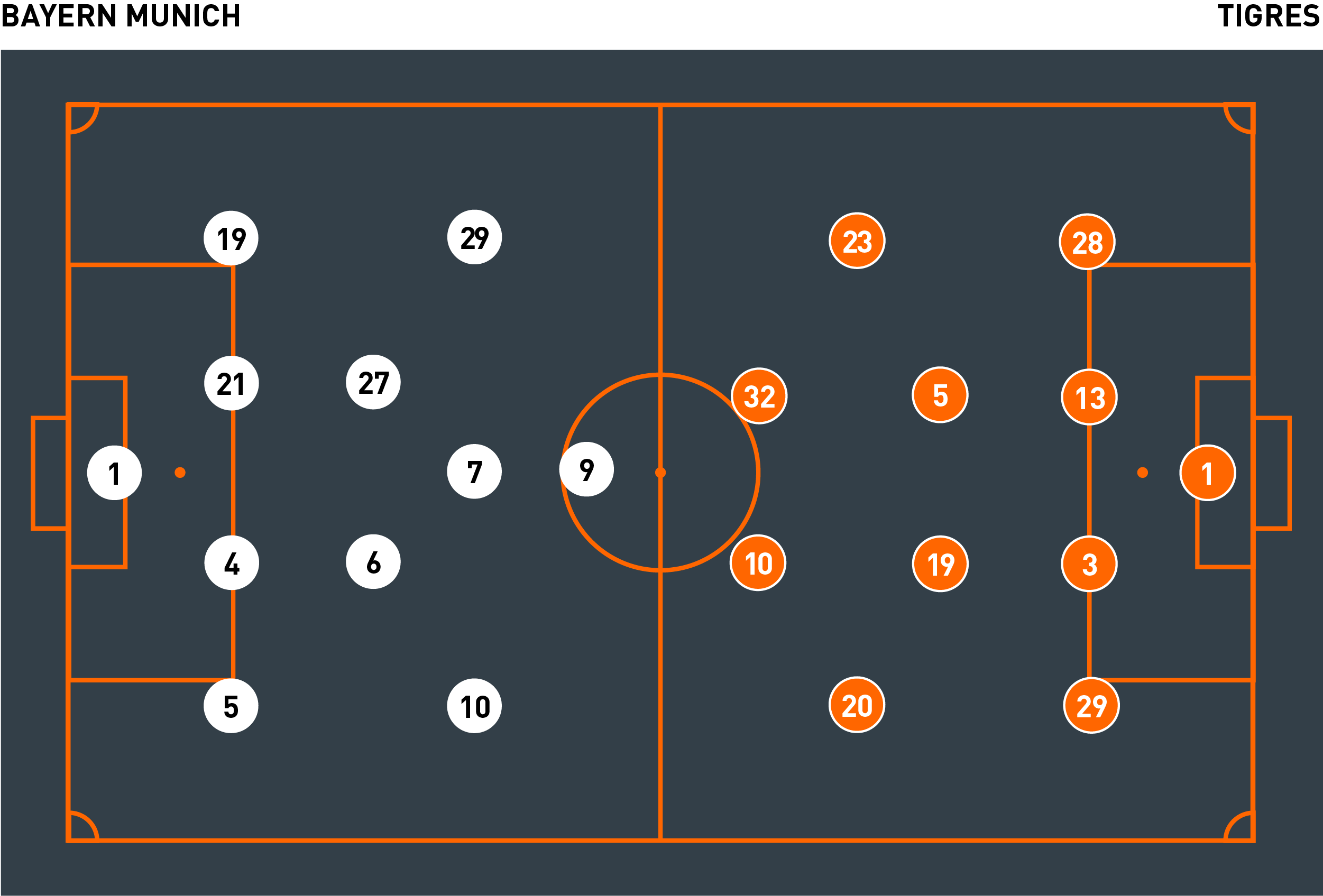 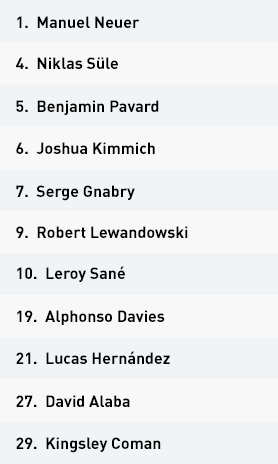 Bayern Munich were organised by their manager Hansi Flick into a 4-2-3-1 formation led by Robert Lewandowski. Their opponents, Tigres, defended with a 4-4-2.

Tigres sought to defend with a mid-block, and to limit the space Bayern hoped to play through. They were content for Bayern's central defenders Niklas Süle and Lucas Hernández to have possession; Bayern prioritised rotations in the wide areas where, for example, David Alaba moved to full-back, Alphonso Davies advanced, and Kingsley Coman drifted infield into the relevant half-space, and ultimately created an overload. Their intention was to draw Luis Quiñones into pressing Alaba at full-back, in turn creating a passing lane into Davies, and it was towards the left where Bayern posed their greatest threat, via promising opportunities to deliver crosses and cut-backs into the penalty area.

Serge Gnabry, operating as their number 10, drifted into the ballside half-space and contributed to potential combinations. They almost always had players both willing to target the spaces in behind Tigres and to offer contrasting movements that unbalanced their defence, in turn creating further spaces. With Tigres' central defenders willing to move towards the ball to track opponents and restrict them from receiving and turning, spaces were created; only a lack of quality on the final ball prevented Bayern from creating numerous quality goalscoring chances.


Tigres responded to Bayern's success in finding spaces between the lines by attempting to make play more predictable, via a striker pressing the ball-carrying central defender to force him in one direction and limit his attempts to switch play. Bayern regardless sought to attack with numbers, and occasionally had seven players ahead of the ball – Süle and Hernández and either Alaba or Joshua Kimmich remained behind it.

The numbers they offered going forwards stretched Tigres across the pitch and created further spaces through which Bayern could penetrate, but again the decisive pass undermined their efforts. Kimmich's influence was again particularly valuable. He maintained attacks by offering, as required, a recycle point, a counter press, or crosses from deeper positions. He was regularly in exactly the right place to collect the second ball to restart attacks, and because of his qualities Bayern were largely in control. Alaba offered that to a certain extent alongside him, but he also made more forward runs.

In the final third, the qualities of Gnabry, Coman and Leroy Sané when attacking one-on-one offered potential, and their movements to turn infield with possession regularly triggered overlapping runs from Bayern's full-backs, creating further opportunities for penetrations and crosses and cut-backs. Bayern, regardless, struggled to convert the chances that were created.

Tigres were set up by their manager Ricardo Ferretti into a 4-4-2 formation led by the front two of André-Pierre Gignac and Carlos González. Bayern Munich remained in their favoured 4-2-3-1.

Bayern sought to press Tigres in advanced territory and to turn over possession close to Tigres' goal. Robert Lewandowski led that press, and was supported by Kingsley Coman, Leroy Sané and Serge Gnabry. Coman and Sané pressed the outside shoulder of Tigres' central defenders, forcing them infield, Lewandowski and Gnabry sought to occupy central midfielders Guido Pizarro and Rafael Carioca, and Bayern's full-backs Benjamin Pavard and Alphonso Davies would take their opposite numbers if Sané and Coman hadn't closed the passing lane to them.

The use of Lewandowksi and Gnabry on Pizarro and Carioca meant that if possession was turned over, because of Tigres' in-possession shape, both would be presented with routine runs towards goal. Joshua Kimmich and David Alaba were also kept free to take second balls from direct play and to screen passes into the feet of attacking opponents.


Tigres attempted both to build possession and direct passes from deeper territory. Pizarro occasionally withdrew into central defence to create a three, but Lewandowski or Gnabry moved to press him. The press being applied by Bayern's wide forwards also meant Tigres playing lofted passes to their full-backs, to create two-on-ones against Bayern's full-backs, but Pavard and Davies read those passes and covered the necessary ground to negate their efforts.

An alternative became their wide midfielders moving infield into the half-spaces so that Tigres' full-backs could advance outside of them, and Carioca and Pizarro remaining central and withdrawn, supporting Tigres' desire to build with width. They had to accept that lengthy periods would pass when they didn't have the ball, and therefore target taking advantage of opportunities to attack on the counter.

Those efforts involved releasing their forwards and wide midfielders upon turnovers of possession, but the athleticism of Bayern's defence and Manuel Neuer's aggressive positioning meant that those counters were regularly resisted. Bayern's back four was particularly authoritative in the air, and their ability to track Tigres' runners frustrated Tigres further.