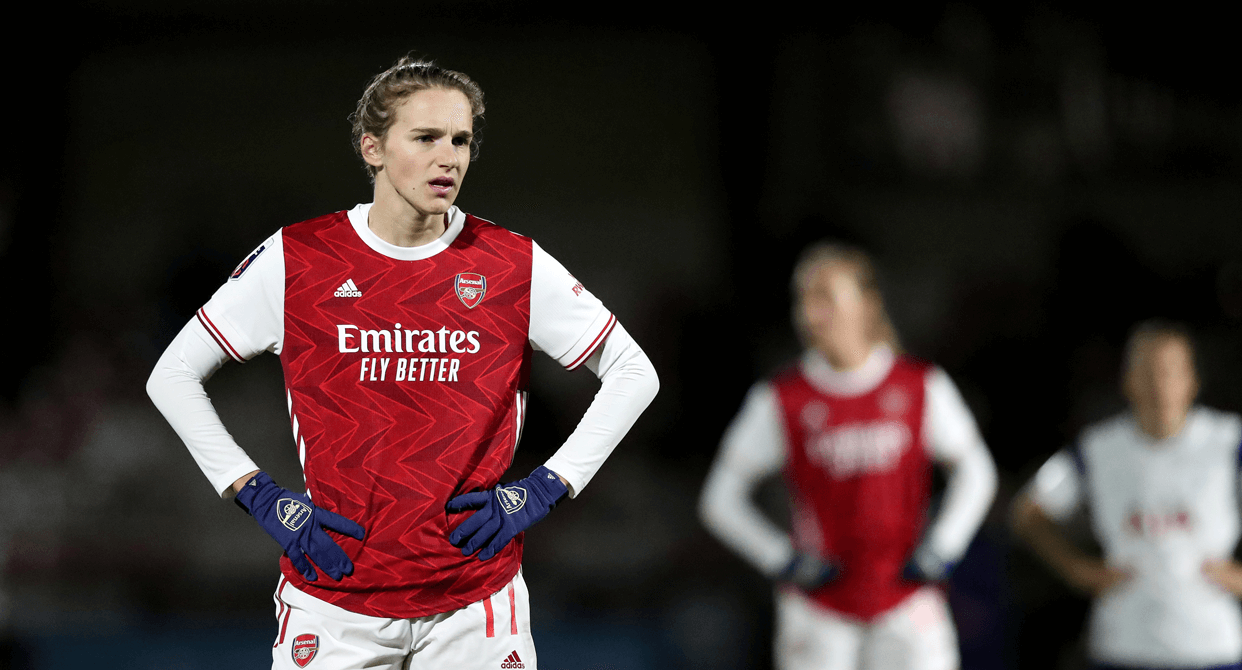 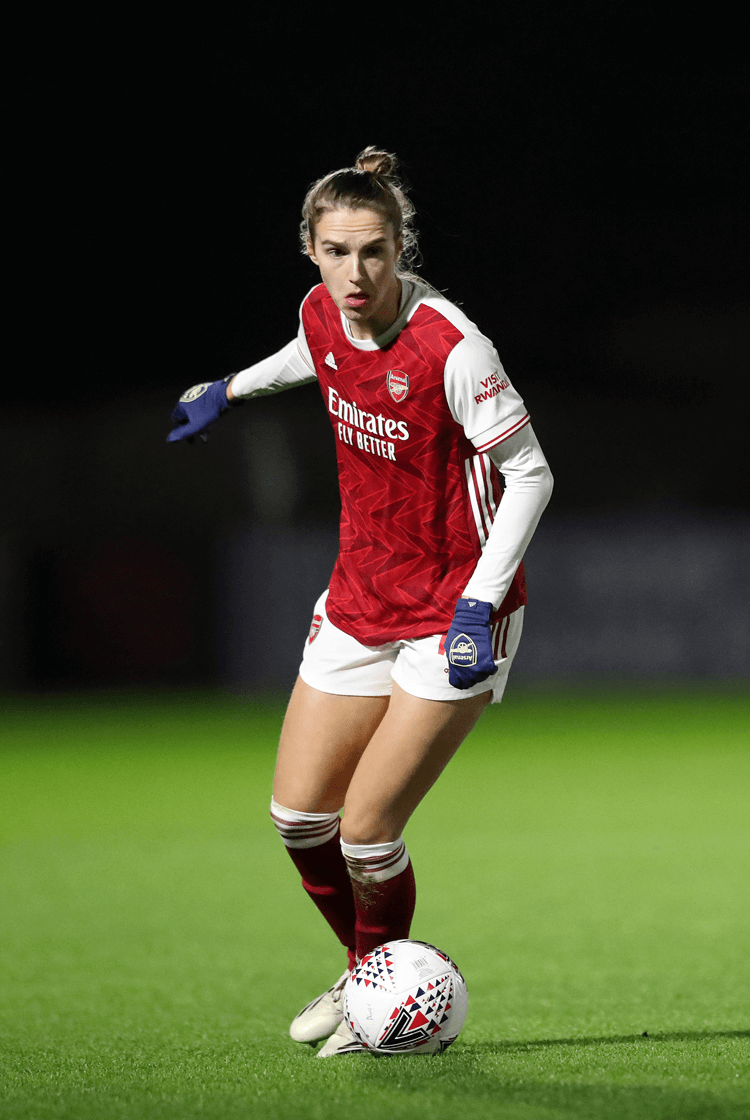 Profile
Widely recognised as one of the best strikers to have graced the women’s game, Vivianne Miedema has scored at a breathtaking rate wherever she has gone. Having averaged almost a goal a game over six years at Heerenveen and Bayern Munich, Miedema joined Arsenal in May 2017, and, astonishingly, by October 2020 had become the leading goalscorer in Women’s Super League (WSL) history, when she became the first player to surpass 50 goals in the competition.

She has also scored more goals for the Netherlands than any other player – male or female – and, ominously for her opponents, Arsenal's manager Joe Montemurro believes Miedema can get even better. “Vivianne’s ability to be better is there,” Montemurro said after she broke the WSL goalscoring record at the age of 24. “She can get better. She's a person who wants to get better, she wants to challenge herself, she wants to be even better, because there's still a lot of learning and development to go.”

Tactical analysis
Miedema has demonstrated admirable versatility in front of goal during her time at Arsenal. If defenders risk affording her space, particularly on her stronger right foot inside or towards the edge of the penalty area, she is particularly potent. She complements using as few touches as possible with impressive spatial awareness and a willingness to scan her surroudings before receiving possession and judging her next move – potentially the nature of finish (below).

If receiving via a through ball, her first touch is consistently positive, and largely because of the explosive speed she possesses that can make her so difficult to track. She, similarly, uses her athletic frame to her advantage when making runs infield and across defenders, and when screening opponents.

That same athleticism contributes to the power and authority with which she strikes the ball when shooting. She also applies a short backlift that undermines defenders' or goalkeepers' ability to anticipate when she will shoot, and therefore often makes her capable of deceiving them.

When she is instead the one creating, Miedema regularly succeeds in playing crosses from wide positions. If attacking towards the left she will regularly attempt to run across the path of a defender, making it difficult to win possession from her and therefore even succeeding in drawing fouls; if she remains with the ball she then favours playing potent, powerful crosses before the opposition's central defenders can adopt the positions they require to defend against the ball she plays. When she is supporting teammates from the central areas of the pitch – not least when one of those teammates runs ahead of her – she is similarly composed. Well-timed, accurate forward passes trouble off-balance defenders, and complement the forward run being made

If her team is without possession Miedema maintains an advanced position and largely resists pressing and attempting to immediately recover the ball. With her teammates applying pressure to the ball, she will instead seek to remain braced to capitalise on a potential transition that involves possession being progressed quickly to either her feet or in front of her.

Her desire to do so also discourages opponents from contributing to the attacks unfolding in front of them, in turn occasionally even reducing that attack's potential. It is when her team is defending at set-pieces that she is likelier to contribute in the defensive third, when her height and strength makes her suited to defending against opponents with a similar profile.

Role at Arsenal
If not marked tightly and purposefully, Miedema has the attributes required to unlock even the very best defence. She most regularly scores from central areas by shooting across the opposing goalkeeper and into the corners of the goal (above), but her variety means she can contribute far more than just the finishing touch.

The WSL, regardless, has perhaps never had a goalscorer of her calibre, and she continues to impress because of the strong understanding and clear playing principles that exist at Arsenal. The creation of passing lanes from the midfield third and her relationships with Lia Wälti, Jordan Nobbs and Jill Roord contribute to why Arsenal's attack being built on Miedema finishing in or near the penalty area so regularly succeeds. As she did at Bayern, Miedema regularly targets space in either the centre or towards the left, and seeks to beat defenders and shoot with power at goal.

Arsenal prioritise both maintaining possession and breaking lines, and Miedema complements that with her power and speed, and a versatility that means that during a lengthy period of possession she will adopt positions between the lines, or on the shoulder of a central defender when they are transitioning into possession. She detects and then exploits spaces, or prepares them for either herself, the right-sided Beth Mead, or the left-sided Caitlin Foord, by drawing opponents out of position.

She drifts into a position wide on the left when Arsenal are defending in their defensive third; should possession be regained, Leah Williamson and Jennifer Beattie have the ability to play directly to her so that she can duel, one-on-one, with her opposing right-back. If she wins and retains the ball, she then seeks to drive infield and towards goal, and then to shoot with power, or – particularly if unable to cut across the next defender – to deliver flat, driven crosses into the spaces between the penalty spot and goal, usually towards the back post. The accuracy of and detail on her deliveries (above) often makes goalkeepers reluctant to commit to cutting them out; they are also played when defenders are facing their own goal, and because of the power she achieves, her teammates often need only redirect the ball towards goal to score. Even if opponents are increasingly aware of what to expect from Miedema, they continue to struggle to prevent her from imposing herself.