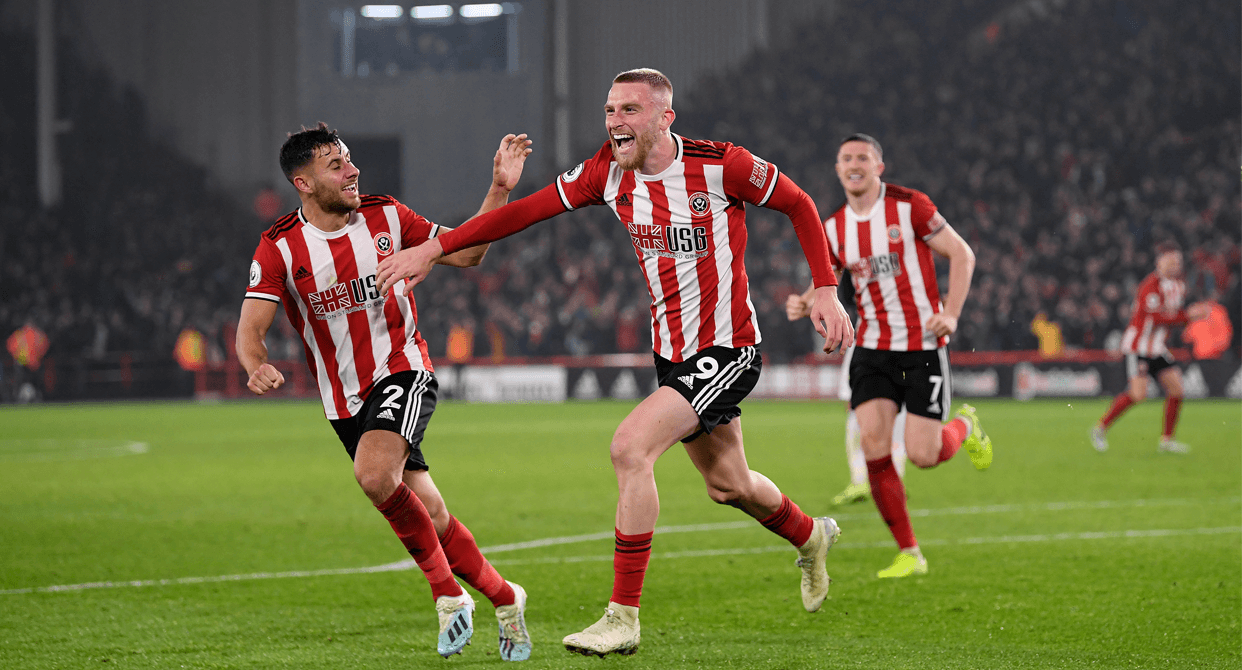 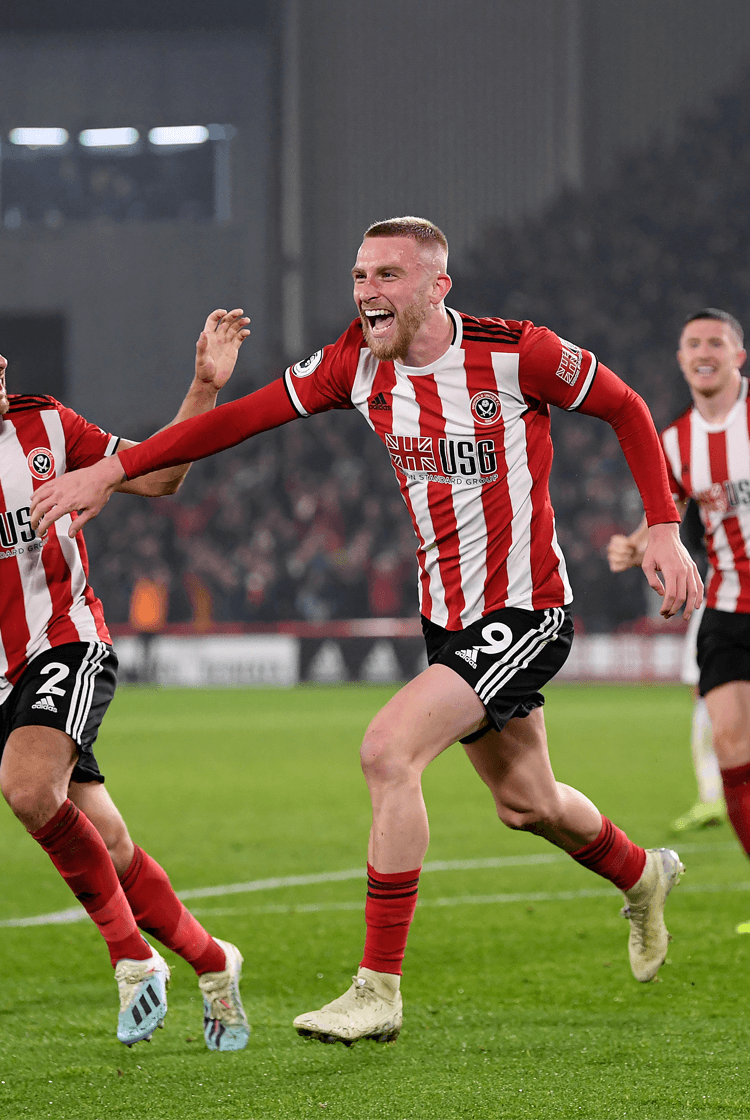 Manchester United demonstrated signs of the character that brought them such success under the retired Sir Alex Ferguson when they recovered from two goals down to take the lead away to Sheffield United. Ole Gunnar Solskjær, the fourth manager attempting to inspire them to return to the summit of English football, was then given the latest reminder of how far they have fallen when they could not retain that lead, and instead drew 3-3. If there was cause for encouragement in the goals scored by the youthful trio of Brandon Williams, Mason Greenwood and Marcus Rashford, there was similar reason to be concerned about those recorded by John Fleck, Lys Mousset and Oli McBurnie. All three points would have taken Solskjær's team up to fifth, and above their hosts, but they instead sit ninth. 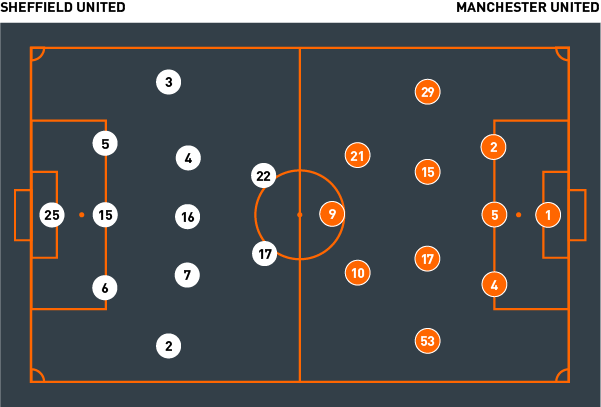 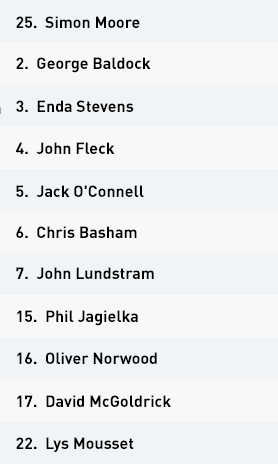 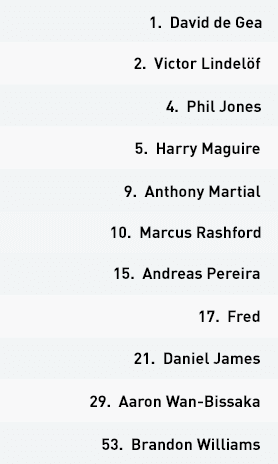 Sheffield United were organised by their manager Chris Wilder into a 3-5-2 formation led by the front two of David McGoldrick and Lys Mousset, while they were in possession. They were confronted by opponents who adopted a 5-2-3 when defending, through wing-backs Aaron Wan-Bissaka and Brandon Williams withdrawing from midfield into defence.

The hosts were content to concede possession and then to attack on the counter; McGoldrick and Mousset were sent into the channels to pursue long passes behind United's wider central defenders, and the three midfielders behind them would advanced within central areas, to encourage crosses and cut-backs. Ole Gunnar Solskjær's three-strong attack advance to press their opposing defenders, giving the hosts a numerical advantage in midfield, which they capitalised upon by drawing their opponents into wider areas and using blindside runs from a third individual to create opportunities to play through.


The overlapping runs Wilder encouraged repeatedly tested their visitors, who struggled to track those runs, and ultimately therefore responded by adopting a 4-2-3-1 during the second half, ensuring that their front three could continue to press, but that with the addition of substitute Jesse Lingard, they were no longer vulnerable to overloads in midfield. If that forced the hosts to play even more directly, the speed of their transitions remained a threat.

They quickly sent runners forward; in the first half numerous transitions came via Solskjær's team playing from defence into midfield, which meant Wilder's could counter, because only the defensive line was in front of them. Manchester United's changes contributed to Sheffield United then withdrawing into deeper territory, their transitions unfolding between midfield and attack, and having to advance further on the counter, reducing their attacking potential.

Manchester United manager Ole Gunnar Solskjær sent his team out in a 3-4-3 formation, in which Brazilians Fred and Andreas Pereira featured in central midfield, against Sheffield United's 5-3-2. They attempted to play out from the back by circulating possession between their three central defenders, to encourage a three-on-two overload against the hosts' front two, but strikers David McGoldrick and Lys Mousset would press Harry Maguire – who played in the centre of that back three – and restrict the passing lanes to the other two.

The numerical disadvantage they were confronted with in central midfield discouraged them from using Fred and Pereira, and contributed to the numerous turnovers Chris Wilder's team turned into counter-attacks. Wider central defenders Victor Lindelöf and Phil Jones drove into midfield in an attempt to free up either Fred or Pereira, but McGoldrick and Mousset worked to send them towards the touchlines, where they would be boxed in before they either conceded possession or played it long and into the channels.

That the movement of Daniel James, Marcus Rashford and Anthony Martial in attack offered so little in the first half contributed to the visitors' struggles. In transitions during that period, Sheffield United resisted the temptation to counter-press if they lost possession in the attacking half, and instead sought to recover their shape.

For the second, Solskjær reorganised his team into a 4-2-3-1, through Jesse Lingard replacing Jones and operating as their number 10, and in turn encouraging James and Rashford to attack around their opposing wing-backs. Full-backs Aaron Wan-Bissaka and Brandon Williams also then advanced, to create two-on-ones out wide; Wilder responded by instructing his three-strong midfield to press their visitors'; there was also the risk of two-on-twos against Maguire on Lindelöf.

Sheffield United increasingly withdrew, presenting Manchester United with further opportunities to circulate possession. That they attacked with greater ambition and a six-on-five overload in the final 20 minutes contributed to them taking the lead. A mistake Wilder perhaps made was not instead adopting a 5-4-1, so that his team could defend the wide areas more effectively, and maintain a numerical advantage while defending.