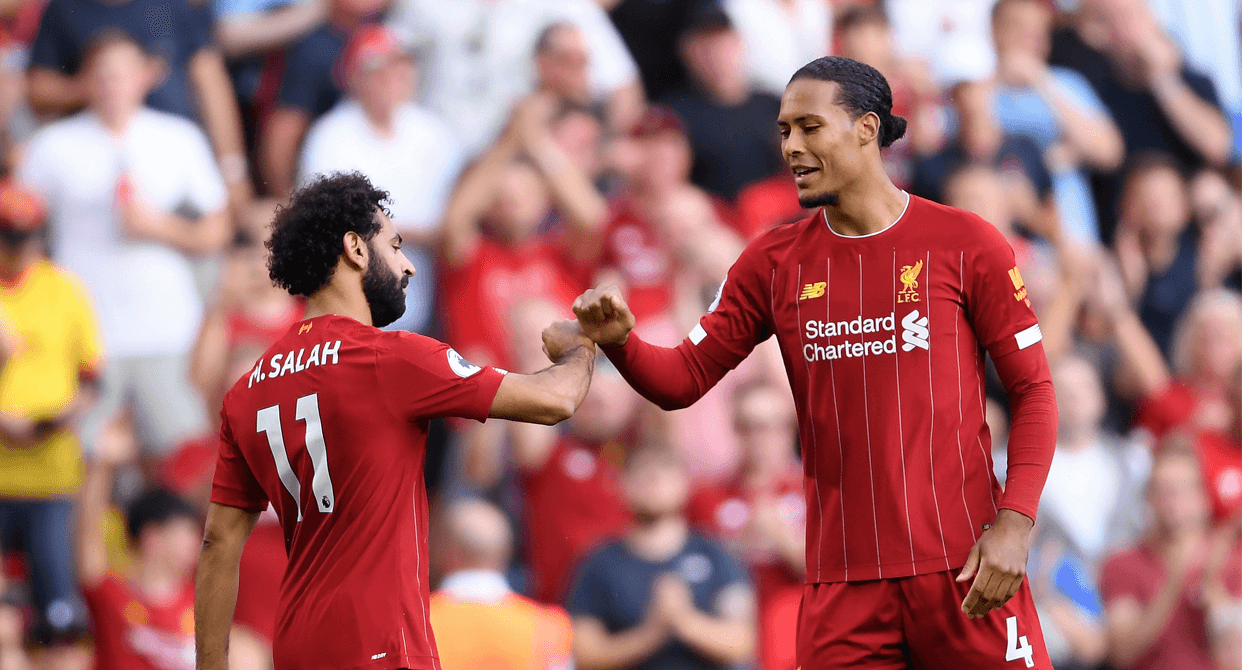 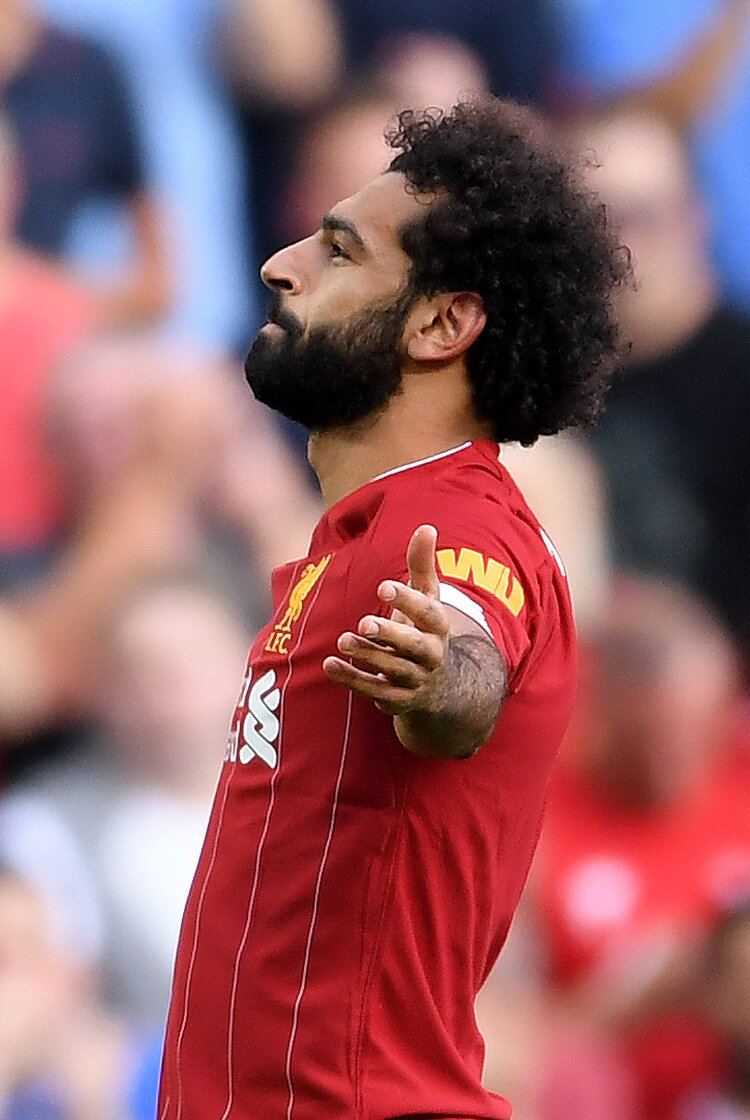 A third Liverpool win from three Premier League fixtures ensured that their refusal to heavily invest in their squad during the summer so far appears the correct approach. Arsenal were among those teams to make a significant statement by overhauling their squad, and before kick-off only they and the Reds had made 100 per cent starts to the new season. If Saturday’s fixture represented both teams’ first true test, however, it was only Liverpool who passed. A first-half header from Joël Matip gave them the lead, with Mo Salah doubling it from the penalty spot and then adding a fine individual second early in the second half. Arsenal substitute Lucas Torreira eventually responded in the 85th minute, but by then the destination of the three points was beyond doubt. 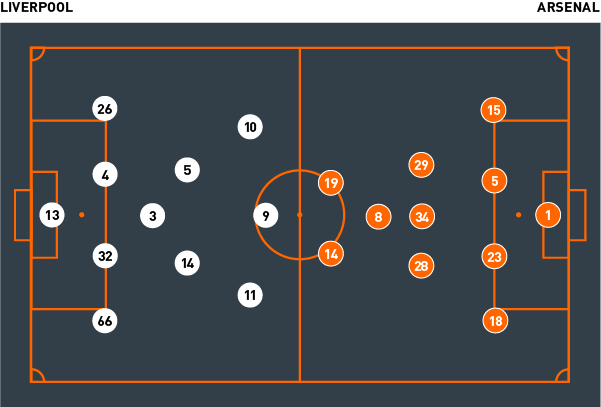 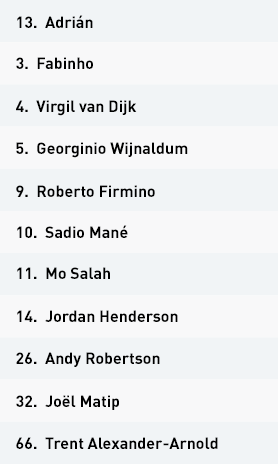 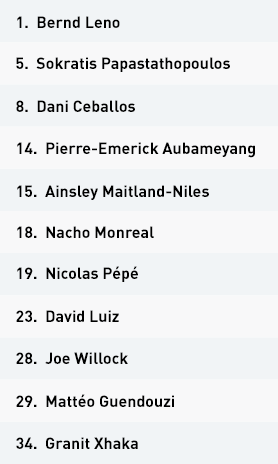 Jurgen Klopp again set his Liverpool team up in their preferred 4-3-3 formation, led by their long-term front three of Mo Salah, Roberto Firmino and Sadio Mané. The Reds immediately recognised the vast spaces Arsenal’s narrow midfield had left for full-backs Andy Robertson and Trent Alexander-Arnold to advance into and so regularly targeted them, ensuring multiple crosses into the penalty area for the front three to attack.

The visitors’ wider central midfielders, Joe Willock and Mattéo Guendouzi, attempted to press the full-backs, while Granit Xhaka and Dani Ceballos tucked across – but Liverpool responded by moving the ball wide and then switching to the other full-back who had been left in space. The movement of the hosts’ midfield was crucial to this; Jordan Henderson and Georginio Wijnaldum moved to the side possession was played, drawing their opponents, while Salah or Mané would drop towards play in an attempt to bring Ainsley Maitland-Niles or Nacho Monreal with them, creating further space out wide.

By overloading one wing Liverpool regularly created those spaces on the other, while Firmino again dropped into midfield to make Arsenal even more compact. The result was that the Reds often had few individuals running into the penalty area, which made it easier for the visitors to hold their defensive line. The problem Arsenal had, however, was that their clearances almost always fell to a Liverpool player, who would then recycle possession and launch another attack.

Klopp’s team similarly played with speed around the penalty area, favouring shorter, sharper passes and passing combinations to attempt to play through Arsenal’s defence – a further outcome of the space created out wide, as was seen in the build-up to the Salah penalty that doubled the hosts’ lead early in the second half.


Arsenal used a 4-3-1-2 shape out of possession, but that became a 4-4-2 diamond with it; Xhaka was the most defensive of that four, playing with Guendouzi and Willock either side of him and Ceballos the most advanced. Pierre-Emerick Aubameyang and Nicolas Pépé comprised Unai Emery’s front two, and they looked to press Virgil van Dijk and Joel Matip. Ceballos, Willock and Guendouzi would then respectively target Fabinho, Henderson and Wijnaldum; Xhaka focused on any dropping movements from Firmino, with the defensive line otherwise looking to maintain a four-on-three overload against Liverpool’s attack.

That the hosts’ full-backs were therefore free to receive made progressions beyond the first two lines of Arsenal’s structure particularly straightforward, even when they attempted to adjust by using Willock and Guendouzi to press them. Even if they succeeded in forcing Liverpool into a smaller area, Klopp's team proved capable of playing out and into wider spaces beyond the reach of the Arsenal midfield.

The visitors often won the first contacts from the crosses Robertson and Alexander-Arnold delivered, limiting the threat they posed, and in the second half their press improved as Willock and Guendouzi got closer to the Liverpool full-backs. The Gunners’ full-backs in turn dropped with Salah and Mané to prevent passes down the line, but by then they were already two goals down. When Salah again beat David Luiz before finishing superbly past Bernd Leno, the three points were safe and sound for the Premier League’s only remaining maximum-points team.

Unai Emery set his Arsenal side up in a 4-4-2 diamond while in possession, although their positional responsibilities were far from rigid. Mattéo Guendouzi and Granit Xhaka were often the deepest of their four midfielders, while Dani Ceballos and Joe Willock both operated centrally and created a box-like structure by moving wide and offering second-line passes to their teammates. This use of two deeper central midfielders was an attempt to encourage Liverpool’s midfield to advance, and so increase the space behind them for Arsenal’s attacking midfielders and specifically the front two of Pierre-Emerick Aubameyang and Nicolas Pépé.

During the first half the only consistent threat they posed was on the counter, when they sought to play in Aubameyang and Pépé, both of whom were able to physically compete with Joël Matip and Virgil van Dijk. The trigger for these runs between Liverpool’s defenders was often a pass into full-backs Ainsley Maitland-Niles and Nacho Monreal.

Lucas Torreira’s arrival as a second-half substitute for Ceballos meant them switching to a 4-3-1-2 in possession, or alternatively a diamond with a wider base. Willock moved into a central attacking midfield position, and with that new structure Jürgen Klopp’s team did not enjoy the same level of control. Liverpool still used their front three to press Arsenal’s defence and their midfield focused on Torreira, Xhaka and Guendouzi, so Willock remained free to receive between the lines. If Van Dijk or Matip had moved with Willock, they would have left large spaces for Aubameyang and Pépé to exploit; having those two high and wide also discouraged Andy Robertson and Trent Alexander-Arnold from advancing to press Maitland-Niles and Monreal, creating an easier progression for the visitors beyond Liverpool’s first line.

From their long-term 4-3-3 defensive shape, Liverpool played with an aggressive, high press designed to suffocate Arsenal’s build-ups as early as possible. If Emery’s team played to the left, Mo Salah and Alexander-Arnold would respectively press David Luiz and Monreal; Firmino would be positioned on the nearest of the two central midfielders, Mané would target the second, and Wijnaldum or Henderson would focus on Willock, but be ready to shift if a teammate pressed goalkeeper Bernd Leno. The reverse system existed if Arsenal played to the right.

When possession moved out to the Arsenal full-backs, Liverpool focused on those opponents in central areas by squeezing those spaces to force mistakes and turnovers, ensuring that the visitors struggled to progress throughout the first half. In the second, Emery’s tactical switch caused the hosts greater problems – but with the game effectively already lost the improvement was unable to influence the result at all.