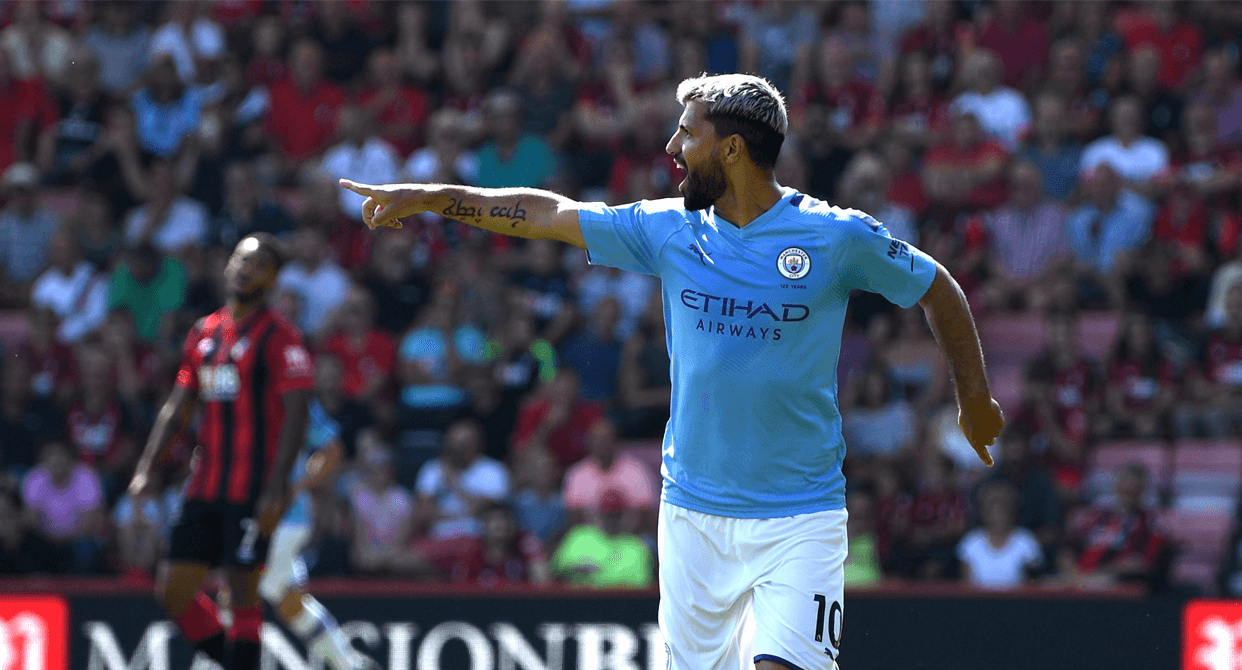 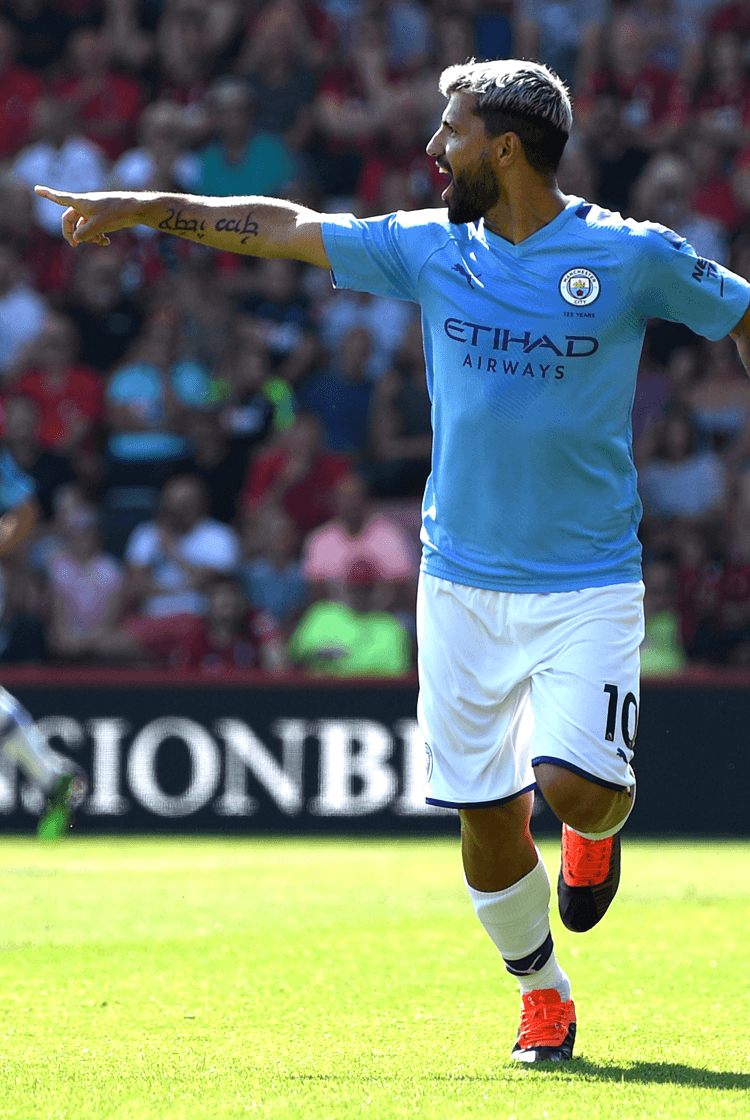 After the frustration of being held to a 2-2 draw at home to Tottenham, and with rivals Liverpool maintaining their winning start to the Premier League season, defending champions Manchester City gained three valuable points with a convincing victory at Bournemouth. On the occasion of David Silva’s 400th appearance for the club, the Spaniard started the move that led to Sergio Agüero giving them the lead and provided an assist for Raheem Sterling to double the lead before Harry Wilson pulled one back for the hosts on the stroke of half-time. Silva also created Agüero’s second, scored in the 64th minute and ensuring victory was essentially beyond doubt. "He’s one of the best players I’ve ever seen," his manager Pep Guardiola said after the game. 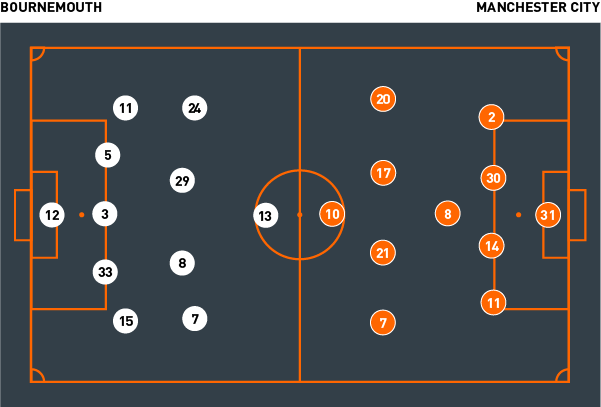 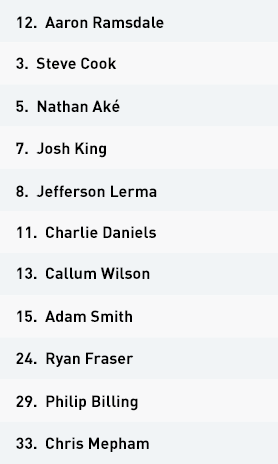 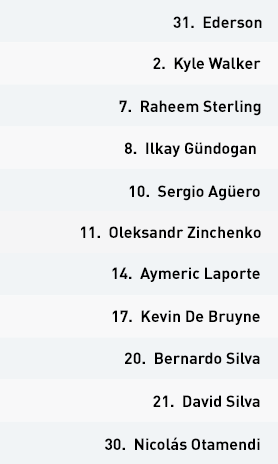 For the limited time that Bournemouth were in possession, Eddie Howe instructed his team to operate in a 3-4-3 structure led by a front three of Josh King, Callum Wilson and Ryan Fraser – although Harry Wilson was a first-half replacement for the injured Charlie Daniels, which led to Fraser dropping into Daniels’ left wing-back role, with Adam Smith on the other flank. Howe’s approach was simple: play direct from goalkeeper Aaron Ramsdale and try to win second balls to attack further up the pitch.

After regains Bournemouth looked to play in behind to Callum Wilson as early as possible, with their wide attackers and central midfielders looking to react quickly to changes in possession. Towards the end of each half, the hosts had more convincing periods of possession, so they used King and Harry Wilson inside and closer to Callum Wilson. Smith, who was later replaced by Jordon Ibe, and Fraser were then able to provide width and attack City’s full-backs, create two-on-ones, and play low crosses along the six-yard box or cutbacks to the edge of the area.

Manchester City deployed an aggressive press, and switched between a 4-3-3 when high up the pitch and a 4-1-4-1 when dropping off. For large parts of the first half, until Raheem Sterling scored City’s second, they used that high press; Sergio Agüero targeted Steve Cook, playing in the centre of the hosts’ back three, while Bernardo Silva and Sterling would respectively press Nathan Aké and Chris Mepham.


The City full-backs then pressed Bournemouth’s wing-backs, as Kevin De Bruyne and David Silva targeted King and Harry Wilson; Ilkay Gündogan moved to the spare man, forcing the hosts to play long. To defend against that direct play, City then moved their compact back four and two central midfielders around possession, in an attempt to win the second ball.

The visitors also used an aggressive counter-press in transitional moments for much of the first half and the earlier stages of the second. Their front six provided pressure from all angles, often forcing immediate regains or rushed, wayward passes from the player in possession. The result was that Bournemouth were forced into a succession of turnovers and rarely looked like adding to Harry Wilson’s superb free-kick late in the first half.

Manchester City were again set up in a 4-1-4-1 attacking structure in possession, built on the pivot provided by Ilkay Gündogan, starting instead of Rodri, and with Sergio Agüero as the central striker. Pep Guardiola’s team typically dominated possession, and regularly looked to circulate the ball between defenders Aymeric Laporte, Nicolás Otamendi and Kyle Walker, who often operated as a central three moving possession out from the back as Oleksandr Zinchenko moved up into midfield from left-back.

This drew Jefferson Lerma out of his position to press Laporte, freeing up the influential David Silva to receive between the lines and turn. When passes inside were unavailable, City looked to play diagonal balls out wide to their full-backs or wide attackers, and for penetrative runs from the nearside attacking midfielder into the space between the relevant central defender and wing-back. Bournemouth particularly struggled with City’s second attacking midfielder; if possession was moved out to Zinchenko, then David Silva would make the run inside and Kevin De Bruyne would run diagonally to the edge of the area. Philip Billing was responsible for tracking De Bruyne, but he seemed unsure whether to follow him – and the Belgian was never passed on to Lerma, contributing to the freedom he enjoyed when creating City’s opening goal for Sergio Agüero and many times after that.

Bournemouth moved into a 5-4-1 when out of possession, as wing-backs Adam Smith and initially Charlie Daniels tucked in either side of their three central defenders. They largely operated in a mid-low block in an attempt to restrict spaces between the lines and to negate David Silva and De Bruyne, but Lerma’s movements to press Laporte freed the former up. When Chris Mepham instead pushed up to David Silva, Raheem Sterling and Sergio Agüero moved to draw the right-sided centre-back away from the influential Spaniard.

Billing dropping to cover Lerma had limited success, because he couldn’t move too early, owing to the City defenders’ ability to play a diagonal pass into De Bruyne. Bournemouth also tried to set up to negate the runs of City’s attacking midfielders into the spaces between their wing-backs and central defenders, and to stop City using their full-backs to create two-on-ones. Guardiola’s team therefore tried to create situations where their opponents’ organisation could be tested with rotations and unorthodox positions that forced them to question whether or not to track their man or pass him on.

As the first half progressed Bournemouth dropped deeper and deeper, with approximately 15 yards between their defensive line and Callum Wilson, enticing City’s defenders to advance with possession. If that provided the hosts with increased spaces to exploit, the distance to goal was simply too great, and often resulted in possession being turned over.

During the second half, Bournemouth even dropped Callum Wilson into midfield while out of possession, moving Lerma between the lines to further restrict the spaces City were able to operate in. Ultimately, however, the hosts proved just the latest side to struggle with containing perhaps Europe’s finest attacking team.