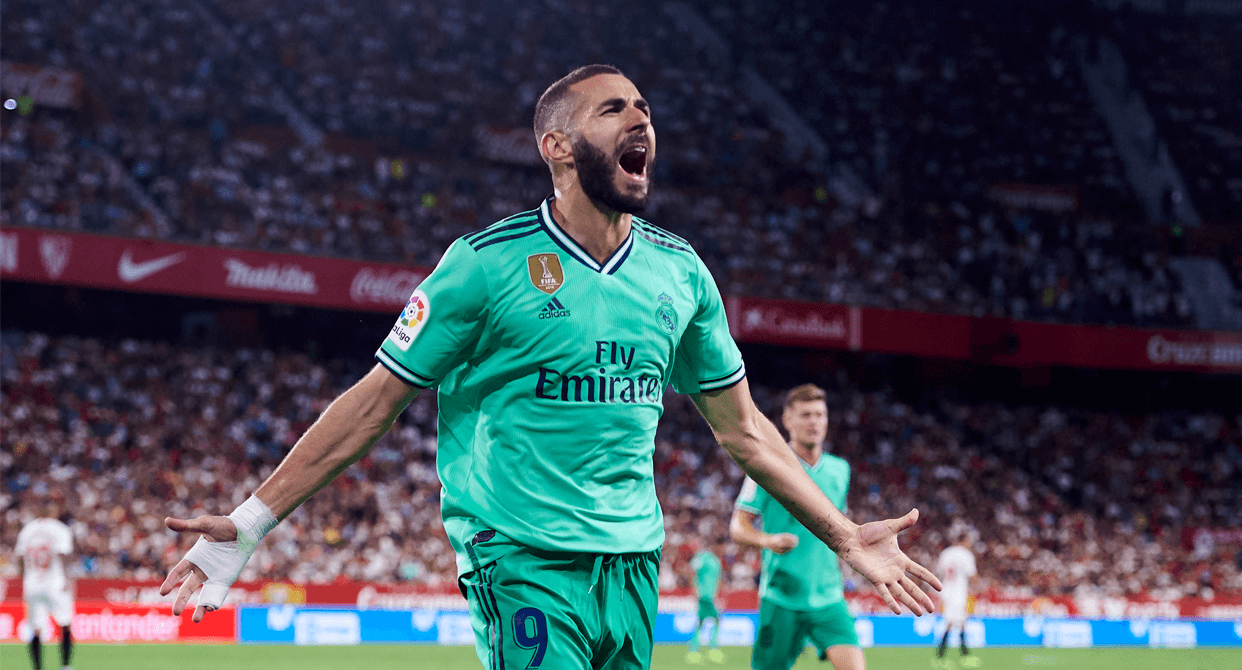 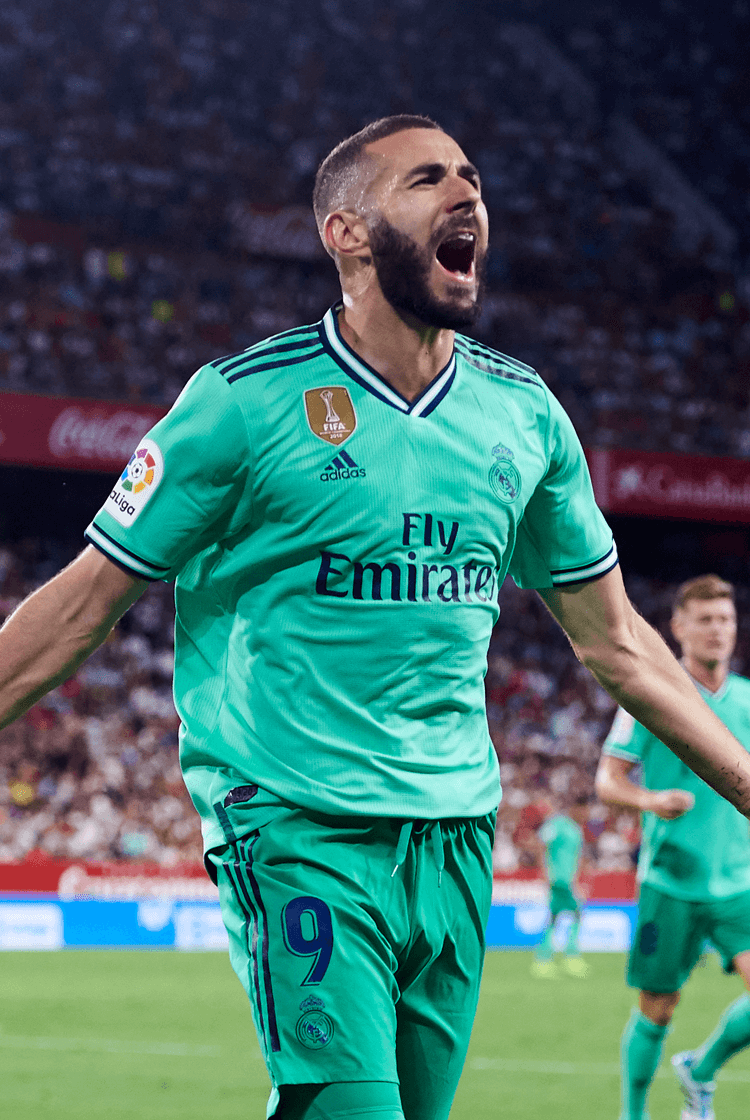 Real Madrid remain unbeaten in La Liga after a second-half header from Karim Benzema secured victory away to Sevilla and former manager Julen Lopetegui. Their 3-0 defeat to Paris Saint-Germain in the Champions League had placed Zinedine Zidane under pressure, but Eden Hazard had already been denied from close range when Benzema, who now has five league goals this season, powerfully headed in a Dani Carvajal cross. “We're happy because we played the full 90 minutes at a high level at a difficult place,” said Zidane. “Sevilla have done well since the beginning of the season and we have to congratulate the players.” 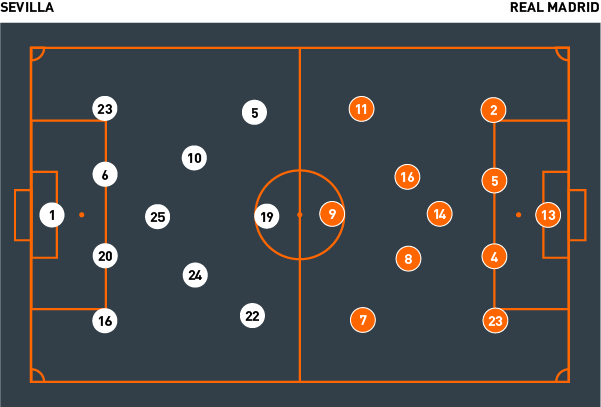 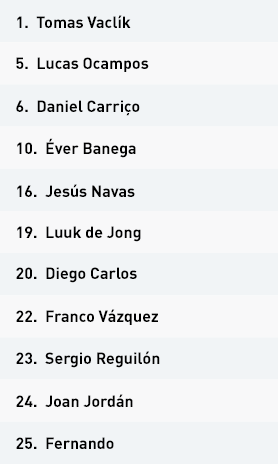 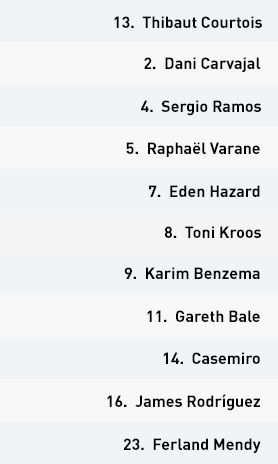 Julen Lopetegui organised Sevilla into a 4-3-3 formation built on the three-strong midfield of Fernando, Ever Banega and Joan Jordan. They had the greater share of possession, which they circulated between their full-backs, midfielders and central defenders in an attempt to overcome Real Madrid’s organised, compact block – but they failed to register a single shot on target across a disappointing 90 minutes.

The hosts struggled with penetrating in central areas, instead succeeding only with the occasional diagonal pass to a full-back when they were positioned on the blindside of Real’s wide midfielders. This would draw a defending full-back and create the opportunity for a pass inside, but Casemiro impressed in covering those spaces. They also tried to use out-in-out combinations when attempting to penetrate inside, through short diagonal passes into the feet of an advanced player facing away from goal. They in turn would send another short diagonal pass to a forward-facing midfielder, who then looked for a wide, advancing teammate.

The only opportunities Sevilla created were crosses from wide areas. They used their wide attackers, Franco Vázquez and Lucas Ocampos, inside to encourage their full-backs to advance, but they struggled to create quality goalscoring opportunities and, with Raphaël Varane and Sergio Ramos defending the Real Madrid penalty area well, any attempted crosses came to little.


Real used a 4-1-4-1 formation out of possession, with Casemiro between their defensive and midfield lines and Karim Benzema as the lone striker. When Sevilla played out from goal-kicks, Real adopted aggressive starting positions to encourage longer, aerial passes Varane and Ramos expected to win. When they played short, they initially applied only moderate pressure.

It was only when possession travelled out wide to the full-backs that Real applied greater pressure to trap the hosts against the touchline. They largely operated in a mid-block, content for Sevilla to have possession in front of them, and were very organised and positionally-oriented. When Los Rojiblancos withdrew midfielders towards possession, Toni Kroos and James Rodríguez were happy to hold their position and maintain a compact shape instead of being drawn and creating more dangerous spaces behind them.

Real crowded numbers between the ball and goal to prevent central penetrations, so Sevilla attempted to play around them. The visitors’ block thus had to regularly shift and full-backs Ferland Mendy and Dani Carvajal had to press in wide areas, from a starting position slightly detached from their defensive line. When they moved to prevent crosses, the wide midfielders would track runs inside, while the central midfielders would look to prevent cut-backs being played. It was this organisation and workrate that was the key to denying Sevilla anything at all from the game.

Real Madrid adopted Zinedine Zidane’s favoured 4-3-3 formation, led by the talented front three of Gareth Bale, Karim Benzema and Eden Hazard – but their possession lacked fluidity, so they had limited success in playing through and beyond Sevilla. They attempted to use Hazard to drift inside as much as possible, encouraging Ferland Mendy to advance and cover the left wing; central midfielder Toni Kroos would also withdraw in an attempt to create greater spaces for Hazard to move into and receive – but the Belgian often then attracted the attentions of Sevilla defensive midfielder Fernando.

Real therefore also used alternative players in those spaces, to give Hazard greater freedom – which was also helped by the reluctance of Sevilla’s central defenders to be drawn out from their shape. Their superior goalscoring chances came in transitions, particularly if they had regained possession in the early stages of Sevilla’s attempted build-ups, but they lacked the finishing touch.

Sevilla’s out-of-possession 4-1-4-1 was largely reliant on Fernando monitoring the spaces in between their defensive and midfield lines, and on Luuk de Jong playing as the first point of defence by pressing one of Real’s central defenders while a central midfielder potentially pressed the other. When they did so Fernando advanced, even if his main responsibility was to sweep the areas between the lines and to restrict Real’s access to those spaces.

Even if Sevilla remained compact in central areas, and attempted to protect the wide areas with two defenders, it was on an occasion when only one defender was out wide that Bale was able to feed Dani Carvajal, who in turn crossed for Benzema to finish. The hosts may have been largely organised, but beyond that lapse they also showed signs of vulnerability during transitions, leading to further chances for Real as Zidane’s men secured the victory that took them up to second in the early-season table.