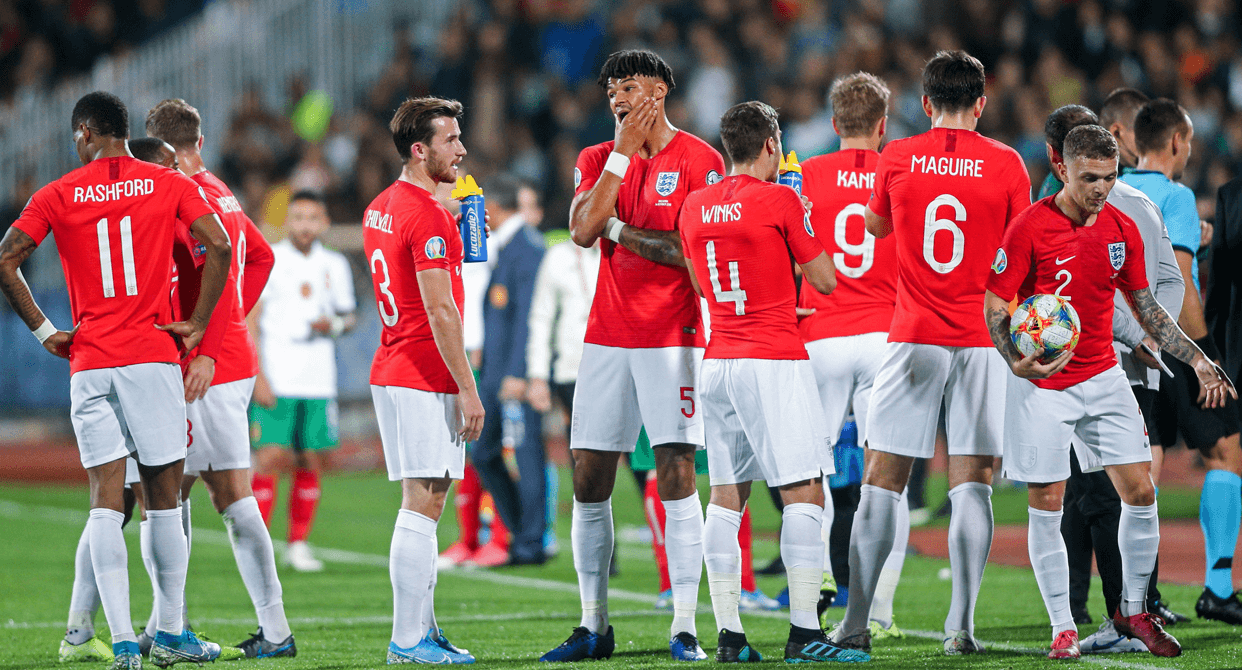 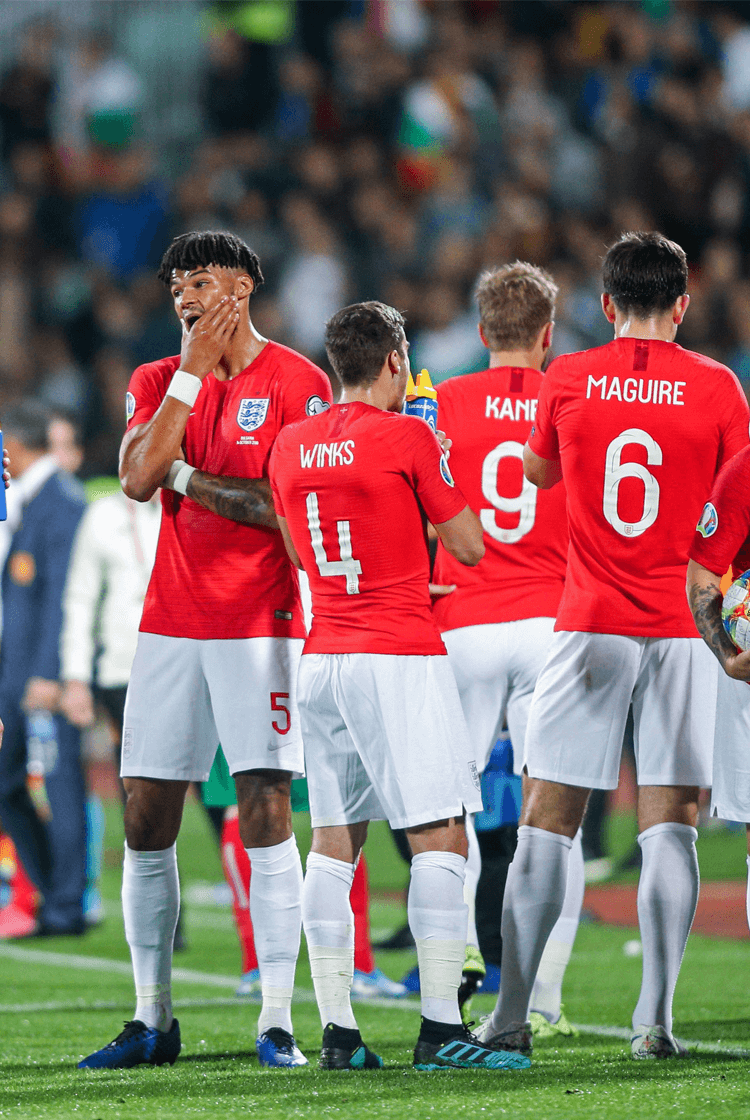 England edged closer to qualifying for Euro 2020 with a convincing victory in Bulgaria that was undermined by racist chants that twice saw play stopped. Referee Ivan Bebek first ordered a halt in the 28th minute, when Raheem Sterling was abused by the home fans at the Vasil Levski Stadium in Sofia, after debutant Tyrone Mings had already been targeted. The crowd were warned of the potential consequences if they remained abusive, and a further stoppage took place just before half-time, by when Gareth Southgate’s team were already 4-0 up through goals from Marcus Rashford, Sterling and two from Ross Barkley. Sterling and Harry Kane added the visitors’ fifth and sixth in the second half, with qualification now almost secure with home games against Montenegro and Kosovo to come in November. Sterling has now been involved in 13 goals – including five assists – in this qualifying campaign. Only Russia forward Artem Dzyuba, with 14, has been involved in more. 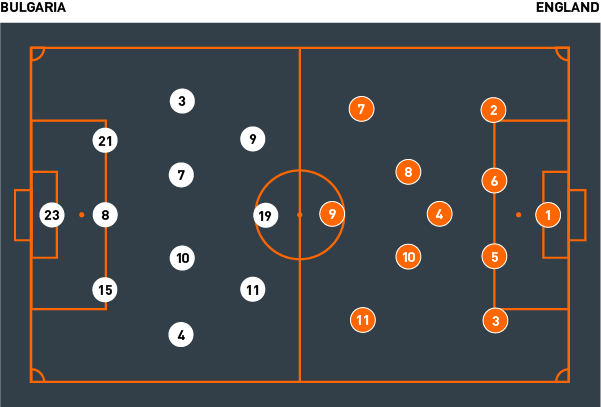 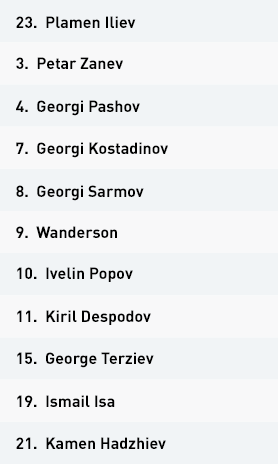 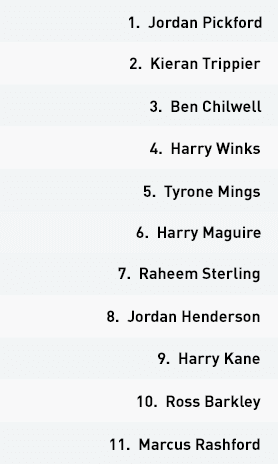 Bulgaria were organised by manager Krasimir Balakov into a 3-4-3 formation during the brief periods in which they had possession, with wing-backs Georgi Pashov and Petar Zanev advancing to join Ivelin Popov and Georgi Kostadinov in a four-strong midfield. They sought to send possession directly to their attackers, either to compete for a header and create second-ball opportunities, or by playing it into the channels.

If competing for the second ball or engaged in a one-on-one, they attempted to win set-pieces so they could target the penalty area – but they otherwise offered little build-up play and therefore struggled to create goalscoring chances. Even with the overload they had in deep territory, they were controlled by England’s out-of-possession structure and forced into playing wide if they played used passes; those receiving out wide were then trapped by the touchline and deprived by their opponents of access back inside. Their only other route to goal came in transitions, when they again failed to capitalise on the opportunities that arose.


England adopted a 4-1-4-1 shape when Bulgaria had the ball, with Harry Winks given the key role of operating between midfield and defence. They pressed from the front where possible; Harry Kane closing down Plamen Iliev was often enough to force the goalkeeper into playing long.

With Winks and Jordan Henderson combining against opposing central midfielders Popov and Kostadinov to negate any potential overloads, Bulgaria were continually forced out wide. There, England would surround the ball-carrier to force them into playing down the line or out of play, or into conceding possession.

Gareth Southgate responded to England’s defeat away in the Czech Republic by switching from a 4-2-3-1 shape into a 4-3-3 formation and introducing Harry Winks at the base of a midfield also featuring Jordan Henderson and Ross Barkley. They largely controlled possession, and created numerous goalscoring chances.

It was in the earliest stages of their build-ups that either Henderson or Barkley withdrew alongside Winks, otherwise the deepest of the three, to create a two-on-one against the hosts’ lone striker, Ismail Isa. This worked to draw an opposing midfielder out and create spaces between the lines. Raheem Sterling and Marcus Rashford, playing either side of Kane, would make runs from out to in to encourage full-backs Kieran Trippier and Ben Chilwell to advance and receive diagonal passes from deeper territory.

Those runs, complemented by England’s three central midfielders, encouraged Sterling, Rashford and Kane to play close together. Their movement was also fluid, and featured them switching positions to disorganise their opponents, who were regularly guilty of tracking players before possession had even been played. This tempted England to move them into the areas they wanted and then exploit the spaces those movements had created.

England’s combination play targeted the blindside of their opponents; they used sideways and backwards passes to draw their attention away from further areas being pursued with forward runs, which proved particularly effective when scoring their second, third and fourth goals.

Bulgaria played in a 5-4-1 when they were out of possession, and switched between pressing high and dropping deep. When they pressed, they left a vast amount of space between defence and midfield, ignoring the basic principle of advancing when there is pressure on the ball to maintain compactness, and dropping off when there is no pressure and a threat to the space behind. This invited England to bypass their high pressure with relative ease and to create opportunities from more advanced areas.

When backing off, Bulgaria attempted to occupy Winks with Isa, and to press full-backs Trippier and Chilwell; midfielders Ivelin Popov and Georgi Kostadinov followed Barkley and Henderson, often abandoning their own positions. When Bulgaria dropped even deeper, they attempted to remain compact between the lines, but they were too focused on possession and therefore lost their opponents – who capitalised by making penetrative runs between and in behind their defence on their way to a resounding victory on a difficult night.