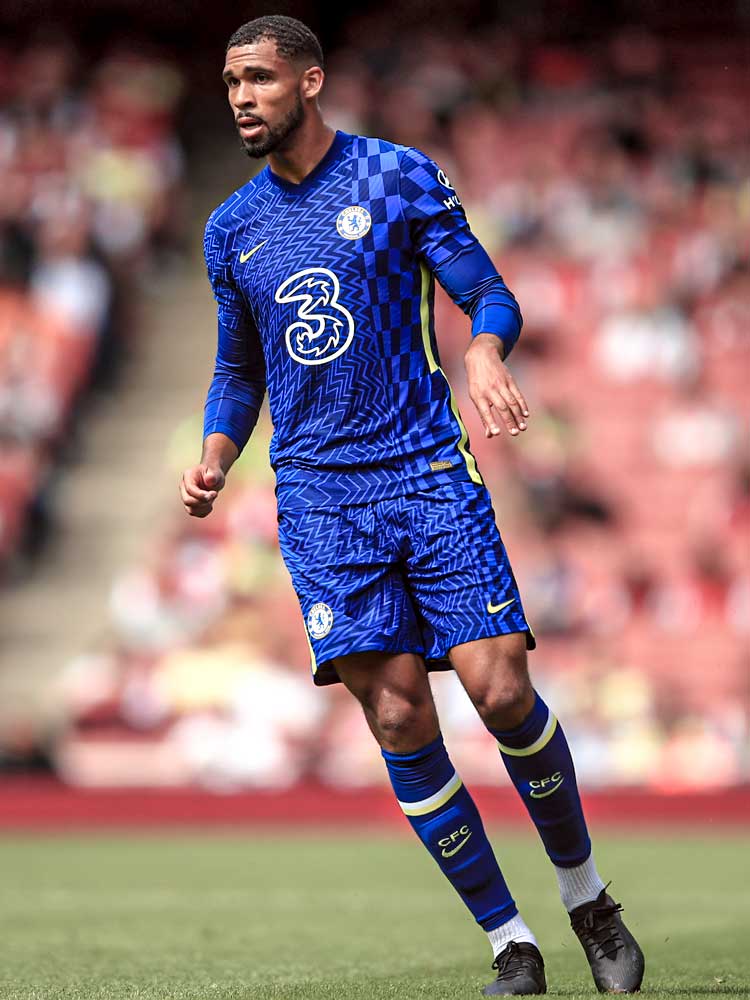 Profile
Ever since Ruben Loftus-Cheek made his Premier League debut for Chelsea in January 2015, eight days after his 19th birthday, he has been thought of as one of English football’s brightest young midfielders. Having returned to the club after spending 2020/21 on loan at Fulham, however, he remains closer to a prospect than a player who is nearing his full potential.

The influence of Thomas Tuchel might just prove exactly what he needs. Mason Mount, another talented young midfielder, is among those to have significantly improved since the German’s appointment, before when Loftus-Cheek had already caught Tuchel’s eye. ‘‘I was quite a fan of him when he was even younger, when he came from the academy into professional football here at Chelsea,’’ he said. ‘‘It reminded us a bit of his style of play and movements with Michael Ballack.’’

Tactical analysis
Loftus-Cheek has historically featured as one of the advanced players in a midfield three, though he is also capable of playing deeper. Whether he is deployed centrally or wide, he is effective at finding pockets of space – and therefore of posing an attacking threat.

Long recognised as an intelligent footballer with the awareness needed to make himself available for teammates, he is constantly on the move in search of space. When the ball comes to him, he then looks to play quick combinations with teammates (below) – often one-twos, or neat flicks.

That combination play is complemented by his excellent first touch and close control, both of which are impressive for a player of 6ft 3ins and such physical stature. He also uses his frame effectively both with the ball at his feet, to hold defenders off in small spaces, and defensively, when he often wins duels.

In the first and second phases of play, Loftus-Cheek’s positional awareness enables him to feel the opposition’s press, and his strength and speed lead to him to carrying the ball into the next phase of attack (below). When he does so it is difficult not to compare him to Yaya Touré, who was known for making lengthy, positive runs from his defensive half. When he is deprived of the necessary space, Loftus-Cheek is intelligent enough to then find a teammate and look to move into space.

His best qualities are demonstrated when the ball approaches the final third, where he is adept at finding pockets in half-spaces to receive. He makes acute movements towards and then away from the ball to create that space, making himself available in the areas he can pose the greatest threat.

In 2018/19, his most impressive season for Chelsea, he combined particularly well with Eden Hazard. The Belgian regularly drew defenders towards him before finding Loftus-Cheek in between the lines or in behind (below); diagonal runs made in behind were well-timed and, with defenders often facing the wrong direction at the time the ball was played, offered significant potential. That, coupled with his ability to make late runs into the penalty area, contributed to his career-high six Premier League goals. If that is a relatively low return for a player with such technical and physical ability, it is because his end product continues to prove inconsistent despite the number of good positions he finds. He doesn’t always look to assert himself on games as much as a player in his position and with his qualities should – a legacy, perhaps, of the injury-blighted path his career has often taken.

Role at Fulham
Loftus-Cheek joined Fulham when they were already struggling in the Premier League, but his form, largely like theirs, improved throughout the course of 2020/21. They had initially favoured a 4-2-3-1, but after reorganisng to use a back three, Loftus-Cheek was mostly used in a supporting role close to their central attacker, and predominantly through the right inside channel.

Overlaps offered by Bobby Decordova-Reid or Kenny Tete from right wing-back (below) gave him the option to make movements towards the ball, and to act as a deeper link between the three central defenders or central midfielders and those further forwards. In those moments, his influence in the final third was reduced; their wing-backs instead provided more support to Ademola Lookman, Ivan Cavaleiro and Aleksandar Mitrovic.

When given a more advanced role, Loftus-Cheek joined their central attacker in a higher pairing, and Lookman and Cavaleiro provided mobility and penetration both with and without the ball. In those moments his forward passing carried an increased threat either in behind for their overlapping wing-backs, or for the central runs of Lookman and Cavaleiro (below).

In that more advanced role, it was also not uncommon to see Loftus-Cheek move across the pitch more to receive in both wide areas and centrally. His forward runs were mostly made through the inside channels, and were most effective when opposing full-backs had moved to press Fulham’s wing-backs. Though that created space for him to receive in, it also often meant Fulham being short of numbers in attacking areas – two of their front three were often his only targets when playing cut-backs or crosses.

His physical presence ensured that he could act as an additional target during periods of building play, particularly if Mitrovic was absent. Entering the second half of the season, Loftus-Cheek had the second-highest aerial challenges per 90 minutes for Fulham across 2020/21; when he won the first contact, their central runners attempted to take advantage of spaces left by their opposing central defenders moving to instead challenge him.

For all of his qualities, however, Loftus-Cheek scored only once – in a 3-2 home defeat by Everton – and didn’t record a single assist during his first half-season at Fulham. Those numbers will have to significantly improve if he is to establish himself in an increasingly strong squad, and under the demanding Tuchel.