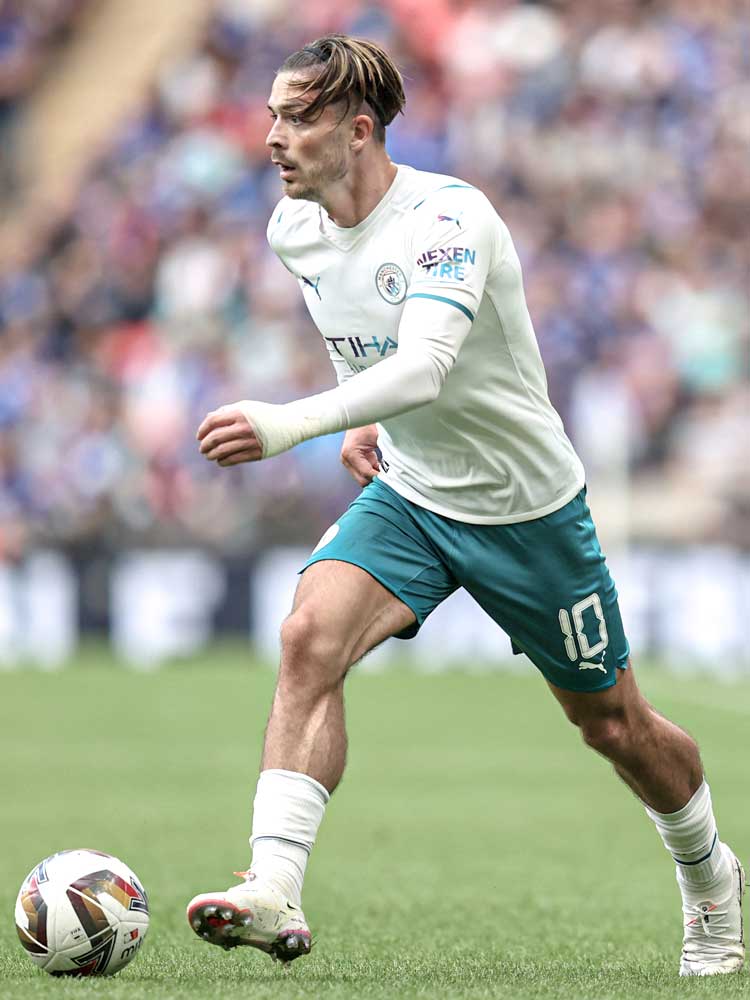 Manchester City 2021/22 Preview: Where does Jack Grealish fit in?

Quite how you go about improving a team like Manchester City following a third Premier League title in four seasons is beyond most of us, but one thing is for sure: most people wouldn’t have suggested they sign Jack Grealish. With a squad already bloated with creative, attacking midfielders who can play in a variety of positions, he doesn’t feel like the obvious player to take Pep Guardiola’s team to the next level.

City have done just that, though, and they’ve broken the British transfer record to sign Grealish. It was a stark move away from their previous policy of limiting transfers to around the £60m mark, which gives a good indication as to just how much Guardiola wanted Grealish at the club – and just how much he believes he can improve them.

Grealish played on the left side of the attack for Aston Villa, but had the freedom to move away from the flank, dropping into midfield to receive the ball and drive forwards with it. He was the main man at Villa. A great deal of their play went through him, and they were decidedly worse off when he was absent.

He won’t have anything like as much freedom at City, and will instead have very strict instructions as to the positions he should take up and his role and place in the City structure. Given where he played for Villa, the presumption might have been that the only position he could fit in at City would be on the left side of their 4-3-3 – but Guardiola has other ideas. The truth is, City’s players do not stick to their positions anyway.

“He’s said I can play in a number of positions,” Grealish said of his new manager shortly after signing. “Whether I’m a winger or an eight or a 10 or even a false nine, I feel I can bring a lot. When I watch City, there’s so much attacking talent. They’re changing positions constantly, which is obviously difficult for defenders.”

Although Grealish almost always started on the left for Villa, he is at his best in central areas, coming on to his right foot into the inside left channel and looking to use close combinations to find a way through the opposition (above). He has exceptional close control, and the fact that Riyad Mahrez and Raheem Sterling are arguably more effective when receiving the ball out on the touchline with a full-back isolated and space in behind them to attack – as City’s wingers often do – might mean Grealish is used more centrally. He is better in more crowded areas, and his ability to beat a man in limited space and draw a foul could prove invaluable with Kevin De Bruyne on free-kicks. Guardiola has previous of turning brilliant number 10s into 8s – see De Bruyne and David Silva, for example – and Grealish could enjoy a similar transformation.

Another possibility is that Grealish is used up front. City won the league last season without Guardiola ever really having a fixed first-choice striker, with eight different players starting Premier League games as the central striker. He is reportedly chasing Tottenham forward Harry Kane, but they survived without a centre-forward for much of 2020/21. If they have to do so again this season, Grealish gives another option as a false nine.

Grealish is a fantastic player who has the confidence to deal with the heavy price tag he comes with. Under Guardiola’s guidance, he will keep on improving – as such, he has every chance of making City’s sensational team even better.