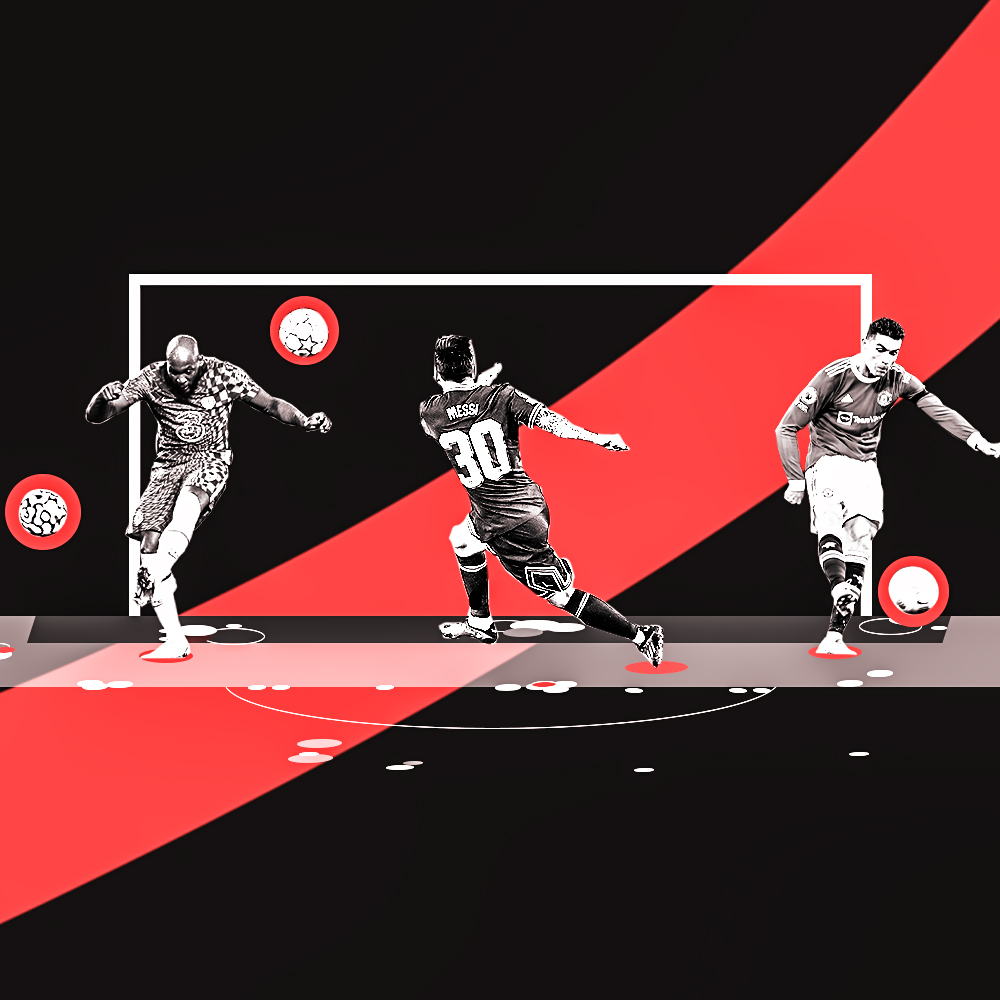 What are expected goals? What is xG?

‘Expected goals’ is a statistical metric used in football that gives more information about the quality of chances. The abbreviation of expected goals is ‘xG’.

Each shot in football is not equal. If one player has a chance from two yards out in front of an open goal, and another player has a shot from 40 yards out and near the touchline, clearly one has a far greater chance of scoring than the other. Basic statistics would state simply that each player had taken one shot. By contrast, expected goals assigns a value to every shot to help explain the difference between them.

Expected goal assigns a value to each shot between 0.00 and 1.00 to reflect the probability that it will result in a goal. A shot that measures 0.01 xG suggests it could reasonably be expected to result in a goal one in 100 times. In other words, there is a 1 per cent chance it will go in – so not a very good chance. A shot measuring 0.99 xG would be scored 99 times in 100 by the average player; it is an almost certain goal that will only extremely rarely be missed.

Although the expected goals metric is used to calculate values for individual shots, it is more useful when used over longer periods, such as an entire season. It can also be used for teams rather than just individual players.

How are expected goals calculated?

Different companies calculate expected goals using different models, though they will usually tell a similar story. Here at The Coaches’ Voice, we use Wyscout.

Using a vast amount of data, the models work out the likelihood of a chance going in based on the result of hundreds of thousands of previous shots. Lots of context is taken into account, such as the position from which the shot was taken, the body part that was used, the type of pass that set the chance up, the phase of play (counter-attack, set-piece, open play etc.), and the positions of the opponents. Penalties are assigned a constant value to recognise that penalties are scored at a specific rate.

What are the benefits of using xG?

We will often think that we see something in football, such as a team dominating a game but failing to win. Historically, we haven’t had any way of proving what we think we saw. The expected goals metric allows us to gain a better understanding of and quantify performance more accurately than basic stats like shots and possession.

More specifically, with xG we can calculate how good or bad a player or team’s finishing has been over the course of a match or longer period of time. For example, if a team has scored more goals than their xG suggests they should be expected to score, we can conclude that their finishing has been good (or lucky!) in that time period.

We can also use xG to ascertain whether a team or player is getting into good positions to score. If they are going through a rough patch and not scoring many goals, but their expected goals suggests they should have scored more in that time, their luck may change.

What are the limitations of xG?

When analysing a single match, expected goals can give a skewed view of how the teams performed. For example, Team A racking up 3 xG to Team B’s 1 xG suggests that Team A dominated the game. However, Team B may have scored three early goals and decided to sit back to try and protect their lead. Team A may have had the better chances, but Team B were out of sight by the time Team A came into the game. The story you think the expected goals totals is telling you may differ from the truth.

What does it mean if a player or team outperforms their xG?

A player or team scoring more goals than their expected goals over a sustained period can suggest that they have particularly good finishing ability. Over shorter periods, the data may suggest the player or team is going through a purple patch when their confidence is high. They may then stop scoring so many difficult chances when their run of form is over. It shouldn’t be assumed, however, that a player’s goal total will revert towards their expected goals total. They may score at an average rate in future, but the ‘extra’ goals they have scored are already in the bank, so their overall goals total should remain above their expected goals.

What does it mean if a player or team scores fewer goals than their xG?

If a player or team underperforms according to their xG, they will be wasting chances that others score. In other words, they have lower-than-average finishing ability. For plenty of players and teams, this will not last. They should start to score at a more consistent rate as time goes on.

Which players and teams consistently outscore their xG?

The best players and teams in world football create a high volume of high-quality chances. They also score more goals than their expected goals total suggests they might have. Manchester City under Pep Guardiola are known for getting the ball into the zone either side of the six-yard box, before playing a square ball across goal for a tap-in. These will be high-xG chances that almost always result in goals, meaning City’s xG over the course of a season will be very high.

On top of that, they also have very good finishers who will score difficult chances as well as easy ones. In the 2021/22 Premier League season, City scored 99 goals from just under 91 xG, according to Wyscout data. This suggests other teams may have scored 91 goals from the chances they created, but City scored eight more goals than might have been expected of them. Having won the title by a single point, the City players’ finishing ability was crucial to their triumph, not least Kevin De Bruyne, who was City's top scorer with 15 goals from just

Harry Kane, somewhat surprisingly, scored only 18 goals from 19.57 xG, which may have been a result of his slow start to the season. In the 2021/22 season, the England striker scored only two Premier League goals before Christmas, from 3.51 xG. This suggests he was neither getting many chances nor scoring many goals in this period. According to Understat, Kane has outscored his xG in every one of his Premier League campaigns apart from 2021/22, which appears to have been something of an anomaly.