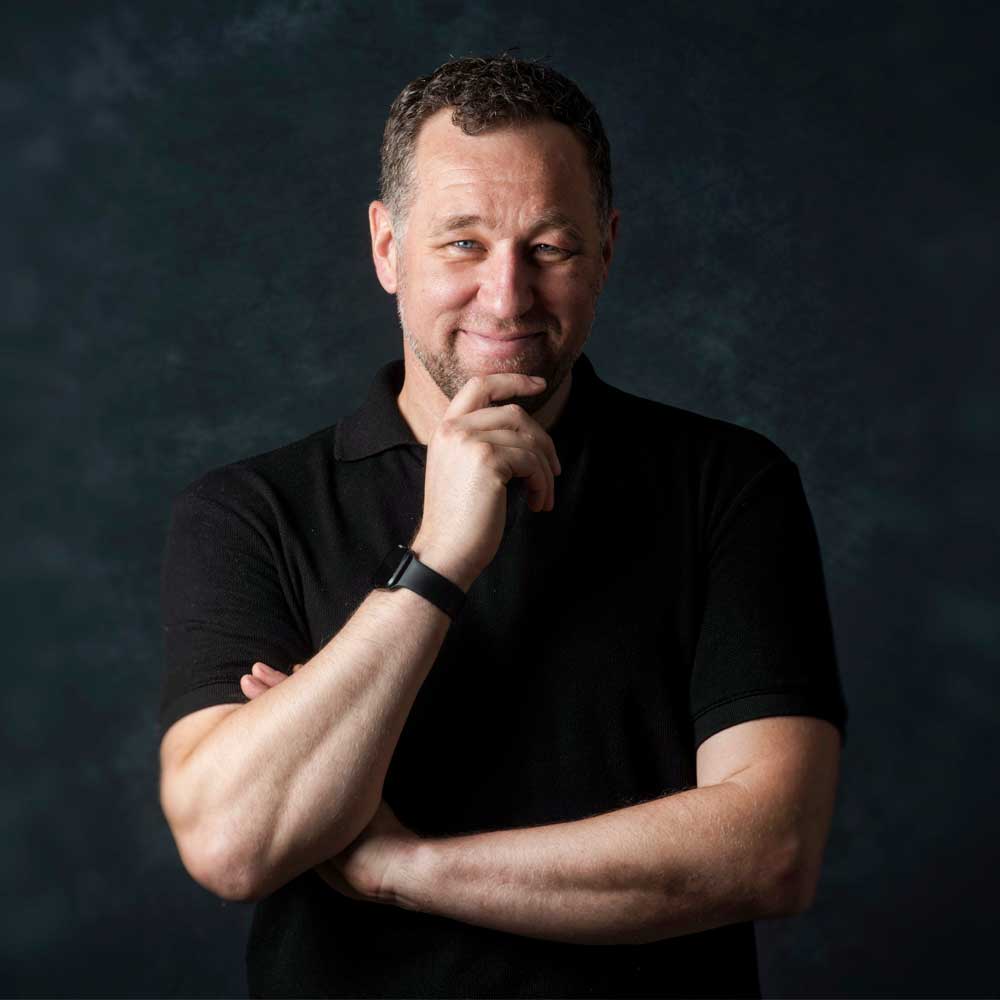 I think I deserved more time as Crewe manager but, to be honest, I was running out of oxygen.

I was doing coaching, recruitment, scouting, loan strategies, transfer strategies, individual development and contract negotiations. Everything you can think of, really, on top of being the manager.

I was doing all I could do to look after everyone. My assistant, my coaches, the analyst, the academy manager, the head of coaching, all the way down to the head of the pre-academy; even the tea lady! I was checking in on all these people so often that I was just exhausted.

I loved having all that responsibility, and I learned so much from being able to do so much. But, in truth, by the end, I was out of puff.

To do all of that in your first job and survive for five years while – I think – doing a decent job of building a team, too, was a lot for me. The fact that I’m the only person who has achieved promotion as both a player and manager at Crewe is testament to that; it’s something I’m unquestionably proud of.

I might have been given the summer of 2022 – after we’d been relegated from League One – and the first 10 to 15 games of the new season. Looking back now, though, I needed the break.

My wife was upset that I’d been sacked, but I reassured her this could be viewed as a positive. I needed some time to step back.

"It had been a real surprise when Crewe offered me the job. I don’t think I was ready at the time, but I just couldn’t say no"

I spent two months having a long, hard think about what had just happened. It was the first time I’d done some proper reflection.

I thought about all sorts. What I’d done well; what I’d done not so well; where I need to improve; where my strengths are.

Since leaving Crewe, I’ve found out that Pep Guardiola reflects every three days. It’s something I’m going to make sure I do more often going forwards, because it definitely helps you become a better manager.

Having some time when you close your door, and telling people who want your time that you’re just not available at that moment, is a really, really good idea.

I also wrote down my football philosophy for the first time. It sounds crazy, given I’d been a Football League manager for five years, but I hadn’t given myself the chance to do so before that. In my earlier role as academy manager, I just didn’t have a chance to take the time to write it down. But my ideas broadly aligned with those of the club, which I had of course spent plenty of time working on.

I’d got the Crewe job aged 36, after the board had been impressed by my work in the academy. It had been a real surprise when they’d offered it to me. I don’t think I was ready at the time, but I just couldn’t say no.

The fact that I went straight into that, and managed them for five years, meant I’ve had very, very little time off. I never gave myself a chance to look back at what I’d done.

"Steve Holland had been sacked by Crewe earlier in his career. he told me I’d done well to last as long as I did"

After I left, I also wrote down my methodology. Then I picked it apart.

I started speaking to people, cherry-picking bits from each manager; the bits I liked, how it compared to what I did. Even just little tweaks to make minor improvements that I hadn’t made in the years I’d been in charge at Crewe.

I looked at the periodisation of my training week. Some of the changes felt quite basic, but they mean I can make a quick decision about what I want a Saturday-to-Saturday week to look like. I did the same with Saturday-to-Tuesday weeks. That’s something simple I could show to an assistant; going forward, we can just drop sessions into that weekly schedule.

Some of the people I spoke to were from the very top of the game. I spent some time with Steve Holland and did a session with Rui Faria, who used to be José Mourinho’s assistant.

Steve’s got an infectious personality, and his knowledge is just unbelievable. He’s also able to manage big personalities. You’re not assistant manager at Chelsea for as long as he was without being very, very good.

When I got the sack, he sent me a lovely message. He had been sacked by Crewe earlier in his career, and he told me I’d done well to last as long as I did. He was in the job for less than a year and a half.

"I spent the entire journey down there, the full 90 minutes of the match and the whole journey back up on the phone"

It’s impossible not to take some inspiration from him, and the things he has gone on to achieve with Chelsea and England. I’ll certainly be taking bits of him into my work, and a lot of heart from the fact that he was sacked by Crewe, too.

I also learned a great deal from the short time I spent with the sports psychologist, Bill Beswick. He used a helicopter analogy that struck a chord with me.

“Who is going to be the helicopter looking at the bigger picture?” he asked.

“You’re down in the trenches every day, working away, but who’s checking your trenches are going in the right direction?”

He helped me realise that I needed to look at the bigger picture. I needed to think about the impact of each decision I made, and what I was choosing to do.

When I first became Crewe manager, it was bang in the middle of the January 2017 transfer window. On deadline day, I drove down to Devon with my analyst to watch Exeter City play Wycombe Wanderers. We were playing Exeter on the Saturday and I wanted to watch them play.

"This is the first time I’ve ever been unemployed, and I’ve enjoyed working on me"

But it was deadline day. I spent the entire journey down there, the full 90 minutes of the match and the whole journey back up on the phone. My eyes were looking towards the game, but I wasn’t actually watching. I was physically there, but I wasn’t really there.

Now, looking back, I realise that was something I shouldn’t have done. But up until my final day at Crewe, I thought I could do everything. I also thought it was for the best that I was doing everything.

That is no slight on Crewe whatsoever. It was my mistake for thinking I could take on all that work. I’ve since realised how much better it would have been if I’d done half as much but done it well. Collaboration is so important.

In the end at Crewe, a lot of the jobs I was half-doing weren’t being done well enough. And I was struggling.

So, with Bill showing me the importance of choosing what to do, I also came to realise how important – and cathartic, actually – it is to choose what not to do.

When you come out of it and you see the whole picture for what it was, you can learn from it. It’s empowering.

This is the first time I’ve ever been unemployed, and I’ve enjoyed working on me.

"Reflection will help me last longer as a manger"

I’ve been for a few job interviews to get used to the process, as well. I’d never done a job interview before!

But I’ve also turned down jobs because I feel there’s been so much benefit to the work I’ve put in on myself.

Going forwards – whether I’m in a new job or not – I’m going to commit to taking some time to reflect every three or four days. I’ll ask myself: ‘What went wrong?’ and ‘What went right?’ I’ll make an effort to make sure things get better.

Everything else can wait.

Reflection will help me last longer as a manager. Burnout was a big problem by the end of my last job, and I realise that now. Had I known it at the time, I would have taken some time to step back – and, who knows, maybe I’d still be there. Just having an awareness of that will help me in my next role.

Improvement isn’t an overnight thing. It’s got to be incremental; I realise that now.

When you’re out of work, conversations you have with people can be focused on you. Before, when I spoke to someone, I was constantly thinking about how that could help Crewe, or my players. Now, I’m able to think about myself.

I’ve had all of these conversations with the aim of improving myself, but also so I can see where I need to improve, and where I needed help.

I was able to see what exactly I need from an assistant; where the gaps are in my skillset that an assistant could plug.

I feel now I’m more self-aware, and that’s only going to help me going forwards.

Roberto Martínez’s wife told my wife that she saw more of him after he moved from Wigan to Everton. It was a bigger club and a bigger job with more pressure, but he had more resources to delegate jobs. Knowing Roberto, he will have taken on more than he should have at Wigan. But he quickly learned that sharing the workload out is the healthier way to do things.

At Crewe, I didn’t have that luxury; there just wasn’t the infrastructure or personnel for that. There were times when I was taking calls on holiday at 4am.

I should have set some boundaries, set times when I wasn’t contactable, so I could be a better dad and husband. Again, that would help me be a better manager when it came to going back to work.

I also received a great piece of advice from Sam Allardyce.

"I’m happy to carry on reflecting and have some more time off. I’m enjoying being a husband and dad"

“Early impressions stick,” he said. “People think I’m a long-ball merchant because of how I played at Notts County. Do they really think I played long-ball football with Ivan Campo, Fernando Hierro and Jay-Jay Okocha in midfield at Bolton?

“Make sure you know what you want to stick.”

I took that into my attitude on the touchline, because I used to behave like a player in the dugout. People had started to build up a perception of me as being hot-headed.

I’ve worked hard at improving and changing that perception, and it’s going to be an ongoing battle in my career. Coping mechanisms for any frustration I have are extremely important because it’s easy to lose your head. Again, being aware of myself is only going to make me a better coach.

I’m happy to carry on reflecting and have some more time off. I’m enjoying being a husband and a dad.

As and when any jobs come up, I’ll take the time to look at the bigger picture and establish whether they are going to help me get to where I want to go. Are they going to help with the next stage of my development?

Whatever I do, I’ll be sure to step back from time to time, go up in the helicopter, and check that the trenches are going in the right direction.