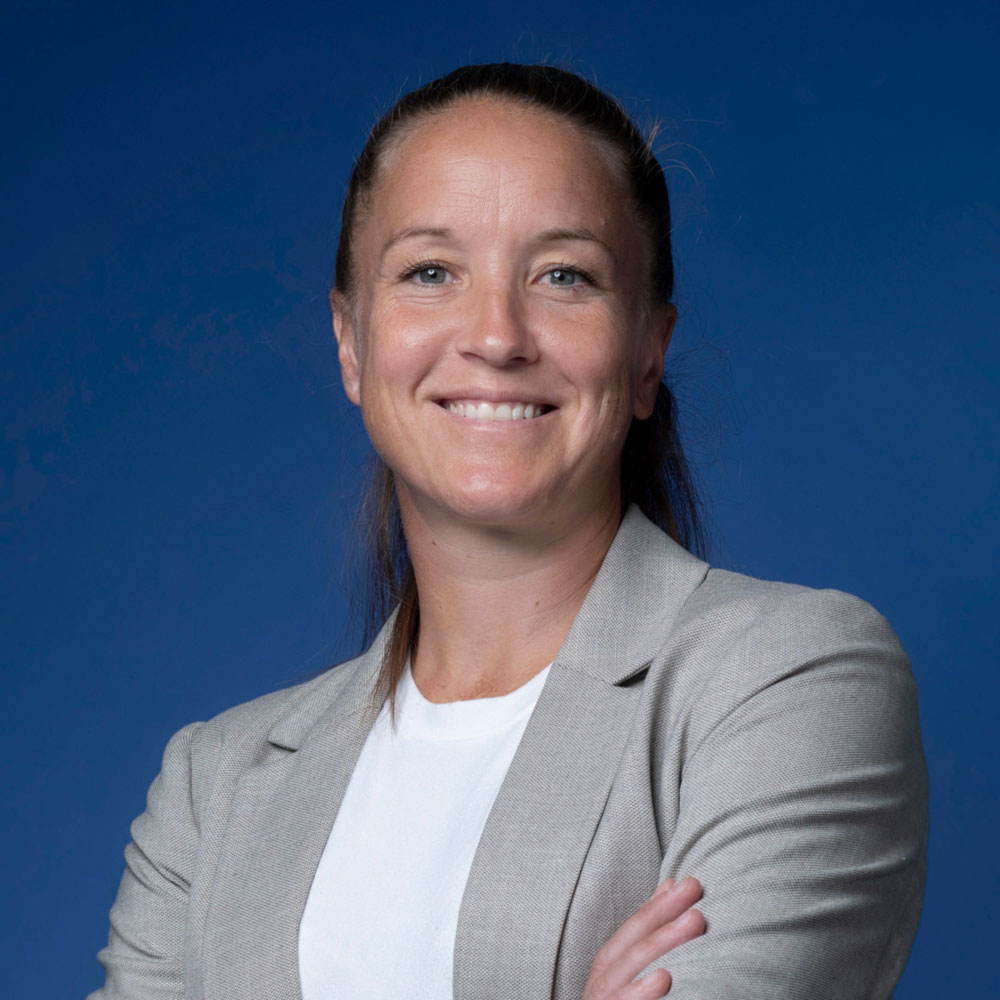 When Casey Stoney became head coach of Manchester United Women in June 2018, it was a meeting of novice manager with brand new club. Stoney had nothing more than a spell as caretaker boss at Chelsea and short period on Phil Neville’s England coaching staff on her professional CV. United were two months away from their first fixture in the FA Women’s Championship, and didn’t have a squad.

In this exclusive interview with The Coaches’ Voice, Stoney reveals the process behind her appointment and describes how she went about building a squad, and then a team, to win promotion to the Women’s Super League at the first attempt. She reflects on the subsequent two seasons in the top flight, during which she had to establish a still-young United squad in among the traditional superpowers of the women’s game while having to deal with the impacts of Covid.

Finally, she looks ahead to working with a giant of coaching, Jill Ellis, in her new role as head coach of another new team – NWSL club San Diego Wave.