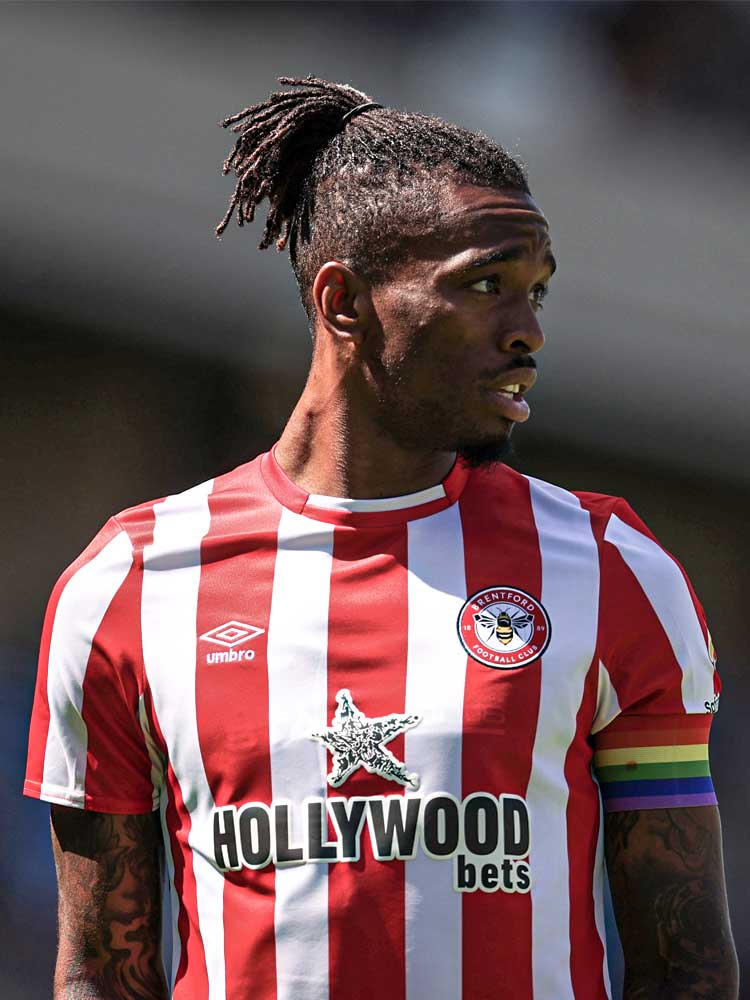 Brentford 2021/22 Preview: Is attack the best form of defence?

Brentford gained promotion to the Premier League predominantly using a 4-3-3 attacking shape. However, a run of one win in six in the spring of 2021 led head coach Thomas Frank to convert to a 3-5-2 for the final 10 games – a successful run through the playoffs included. They were the Championship’s top-scoring team in 2020/21, but they sometimes had problems at the other end of the pitch. Attack was the best form of defence in the second tier, so the question for this season is whether Brentford should change their approach in the Premier League?

In the 3-5-2, the centre-forwards often moved into wider positions, with one dropping short, positioned just inside the wing-back, who provided the attacking width. One of the number eights would then push forward through the inside channel with a penetrative off-the-ball run, in a rotation with the attackers that proved particularly effective. Brentford’s ability to break lines centrally via this route helped them find talisman Ivan Toney more often. Toney took up intelligent positions away from an opposing centre-back following the rotation (below).

The forward played a huge role in Brentford’s promotion, and his outstanding goal tally of 31 broke the previous Championship record of 30 set by Glenn Murray. His versatile movements and rotations with the midfielders mirrored those of former Brentford forwards Ollie Watkins and Neal Maupay, who played in a 4-3-3 shape under Dean Smith, with Frank as his assistant.

In Frank’s 4-3-3, Brentford have continued to focus on combinations through the inside channel, with one of the wingers narrowing to join Toney, and the number eight from the same side also pushing forwards. The full-back then overlaps to provide the width and a passing option around the opposing block, with Brentford overloading this area of the pitch. Under Smith, this often happened on Brentford’s left – but Frank has established these patterns on both sides, with Bryan Mbeumo, Sergi Canós and Tariqe Fosu all effective when moving narrow to support Toney.

Further rotations in central midfield also helped strengthen the support beneath the forward line, with the midfield three swapping positions to change the player taking up the single pivot position and who makes forward runs through the inside channels. This is one area of their game they may have to alter in the Premier League, to ensure better protection against counter-attacks.

However, should Frank want to maintain that fluidity in central midfield, he could stick with a back three. That gave them more security at the back at the end of last season, albeit with one fewer attacker in the front line.

Frank’s side conceded just four goals in their 10 matches with a back three at the end of 2020/21, and the attackers’ rotations continued to prove effective. Both Watkins and Maupay have shown they can score goals in the Premier League, and there is no reason why Toney can’t do the same – as long as his teammates can provide him with enough chances.